Hop, skip and splash! Moment skipping woman crashes through wooden jetty and plunges into the river below

This is the moment a skipping woman crashed through a wooden jetty and plunged into the river below.

Benjarat Puttakhun, 44, was filming her workout with a speed jump rope at a port in Ratchaburi province, Thailand, on January 17.

But about a minute in, a section of decking suddenly collapsed under the weight of her bouncing and she dropped through the 2ft wide hole. 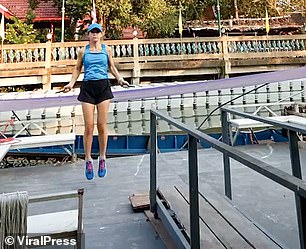 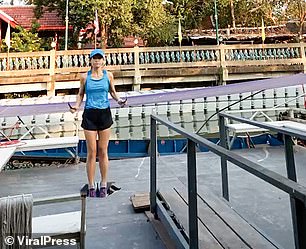 Benjarat Puttakhun, 44, was using her speed jump rope to exercise in Ratchaburi province, Thailand, on January 17, so she could look at the video later

Footage shows Ms Puttakhun’s whole body vanish down the hole as she plunges into the water below.

She clung to the edges of the hole and shouted ‘help, help’, hoping passersby at the port would rescue her.

The video then shows her worried teenage sons, who had been visiting a nearby Buddhist temple, dashing to her aid. 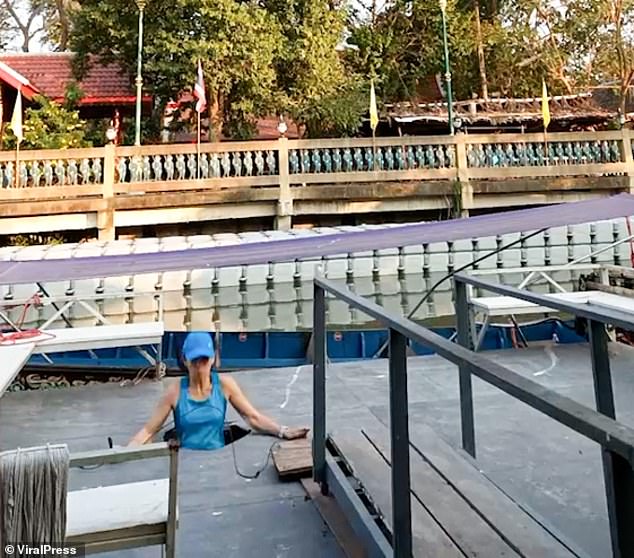 But around a minute later, the jetty floor shattered under the weight of her bouncing up and down

Afterwards, Ms Puttakhun said: ‘I only weigh 50kg so I was shocked when I felt the floor break.

‘I did not know the floor was so thin. I want this to be an example for other people doing jump rope workouts.

‘You have to be really careful of your surroundings and be aware where you do the exercise especially outdoors where you have limited control of the environment.’

The 44-year-old suffered minor scratches and bruises on her arms and legs which were treated with a first aid kit when she reached home.

The port owner also made Ms Puttakhun pay for the damage to the jetty.

She said: ‘I wasn’t hurt so I don’t mind paying for the floor. I will only do my skipping on solid ground from now on.’ 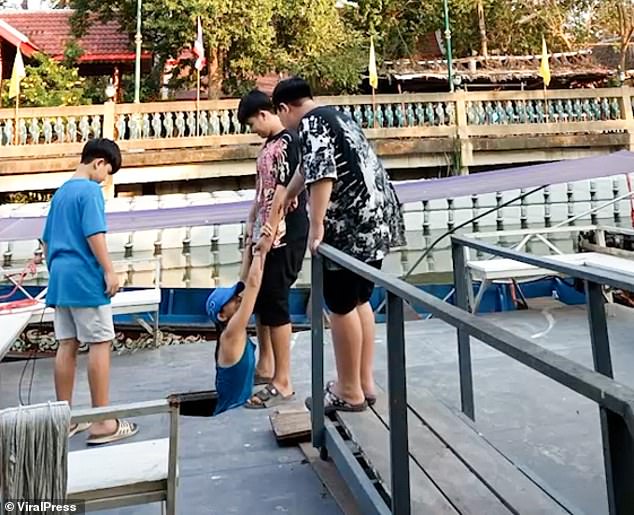