A moped rider was killed following a collision with a London ambulance in south west London.

The incident happened near the Chelsea Hospital shortly before 9pm on Friday.

Police raced to the scene after the incident. The rider, who is believed to be in his 20s, was taken to hospital where he died a short time later. 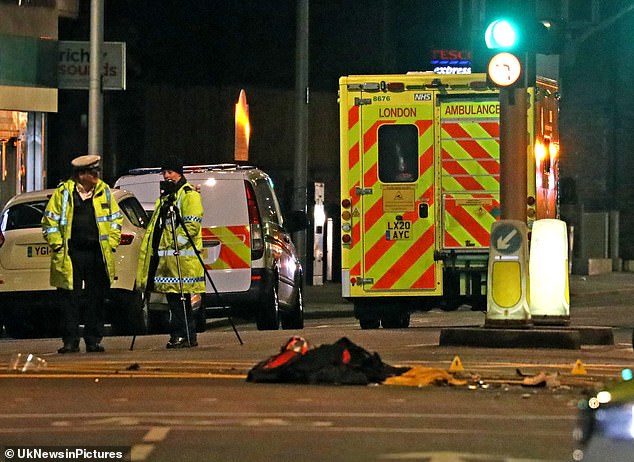 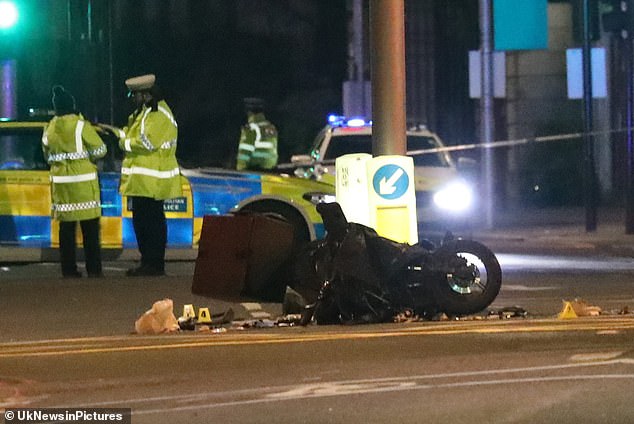 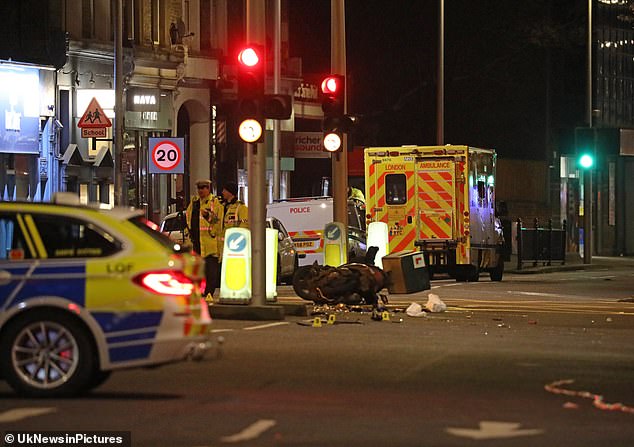 Police are urging witnesses to come forward. The rider has not yet been identified

Police have not yet notified his next of kin.

Crash scene investigators are examining the scene of the incident at the junction of Fulham Road and Netherton Grove in SW10.

Officers are asking members of the public who may have witnessed the crash or have footage of the incident on their dash cams, CCTV systems or mobile phones to come forward.

Scotland Yard confirmed nobody has been arrested in connection with the incident and enquiries are ongoing.

According to the Metropolitan Police: ‘A man believed aged in his 20s, was taken to hospital for treatment – he died at 23:48hrs. Next of kin have yet to be informed. Enquiries into the circumstances continue.

‘There have been no arrests. Anyone with information is asked to contact police on 101 or tweet @MetCC and quote CAD6720/15Jan.’