A COUPLE were left horrified after discovering a human “fingernail” inside their Morrisons apple pie.

Luca Hunter is convinced the foreign object inside the £1.19 Family Bramley Apple Pie is a human nail after his girlfriend Joely made the grim discovery on Saturday. 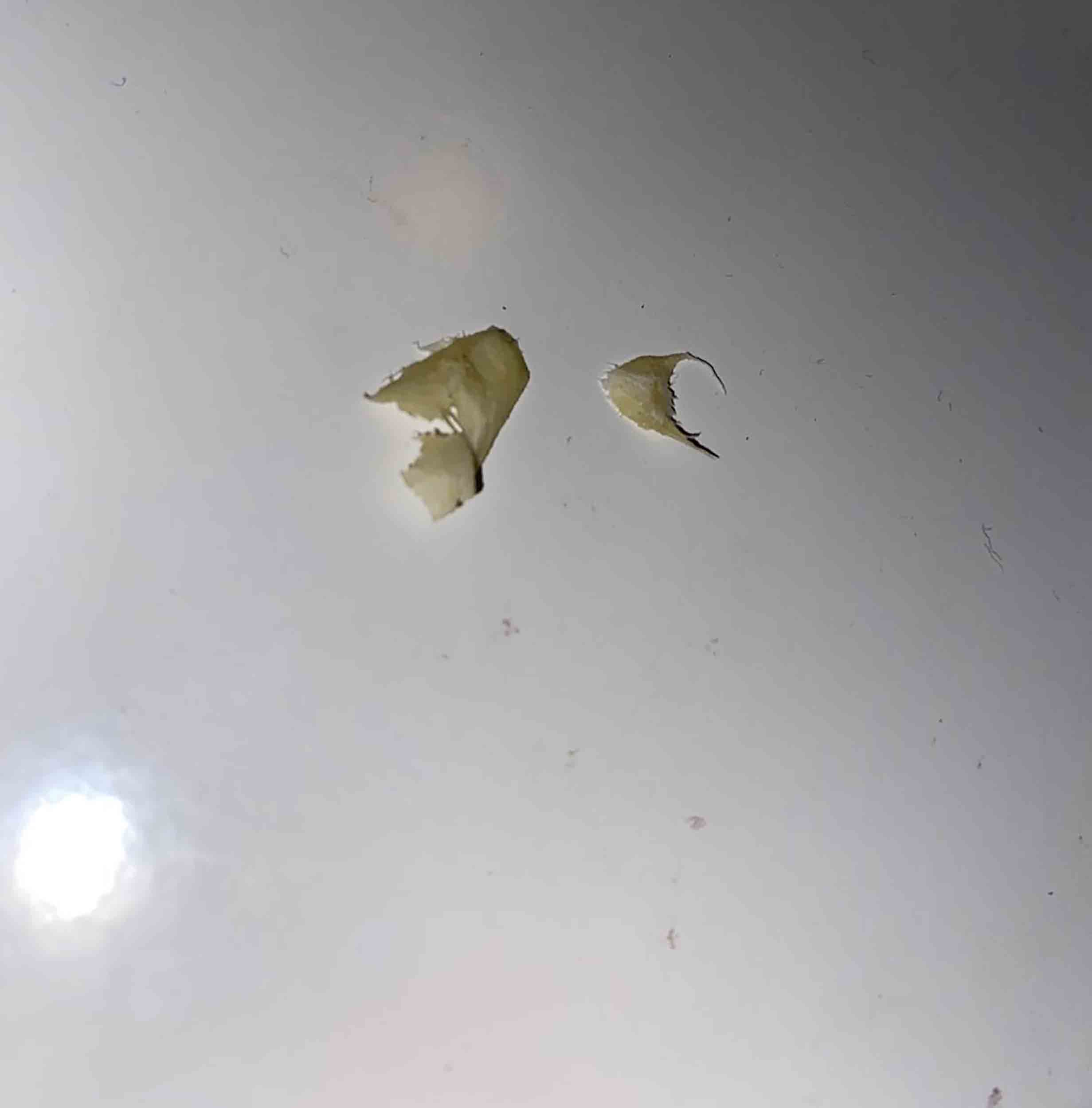 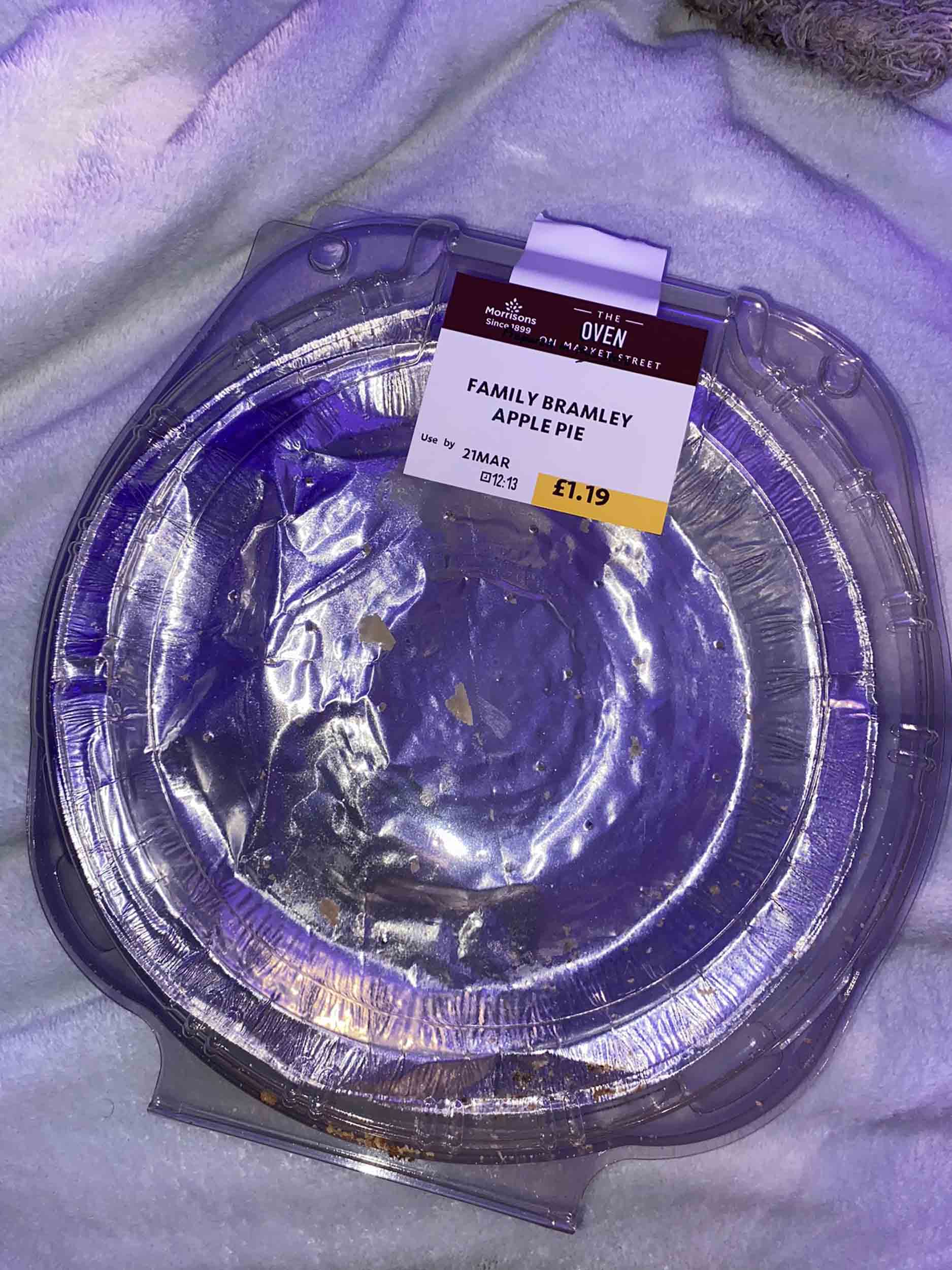 Luca and Joely had been tucking into the apple pie from their local Morrisons in Inverurie, Aberdeenshire when they noticed the rigid item.

While midway through her slice, Joely felt something hard in her mouth which she initially thought was plastic.

The pair were disgusted to discover what they claim to be a human fingernail from inside the dessert.

Images shared onto Lucas social media in the early hours of Sunday morning, showing the apparent fingernail that was plucked from Joely's mouth.

The nail is laid out into three bits and appears to have a fibrous structure.

Luca also posted an image of the Morrisons pie they found the strange looking item in.

He captioned his post: “Joely almost about swallowing an entire fingernail that was inside her apple pie.”

Speaking today, Luca said: “My girlfriend was in the middle of eating her slice and she felt something. 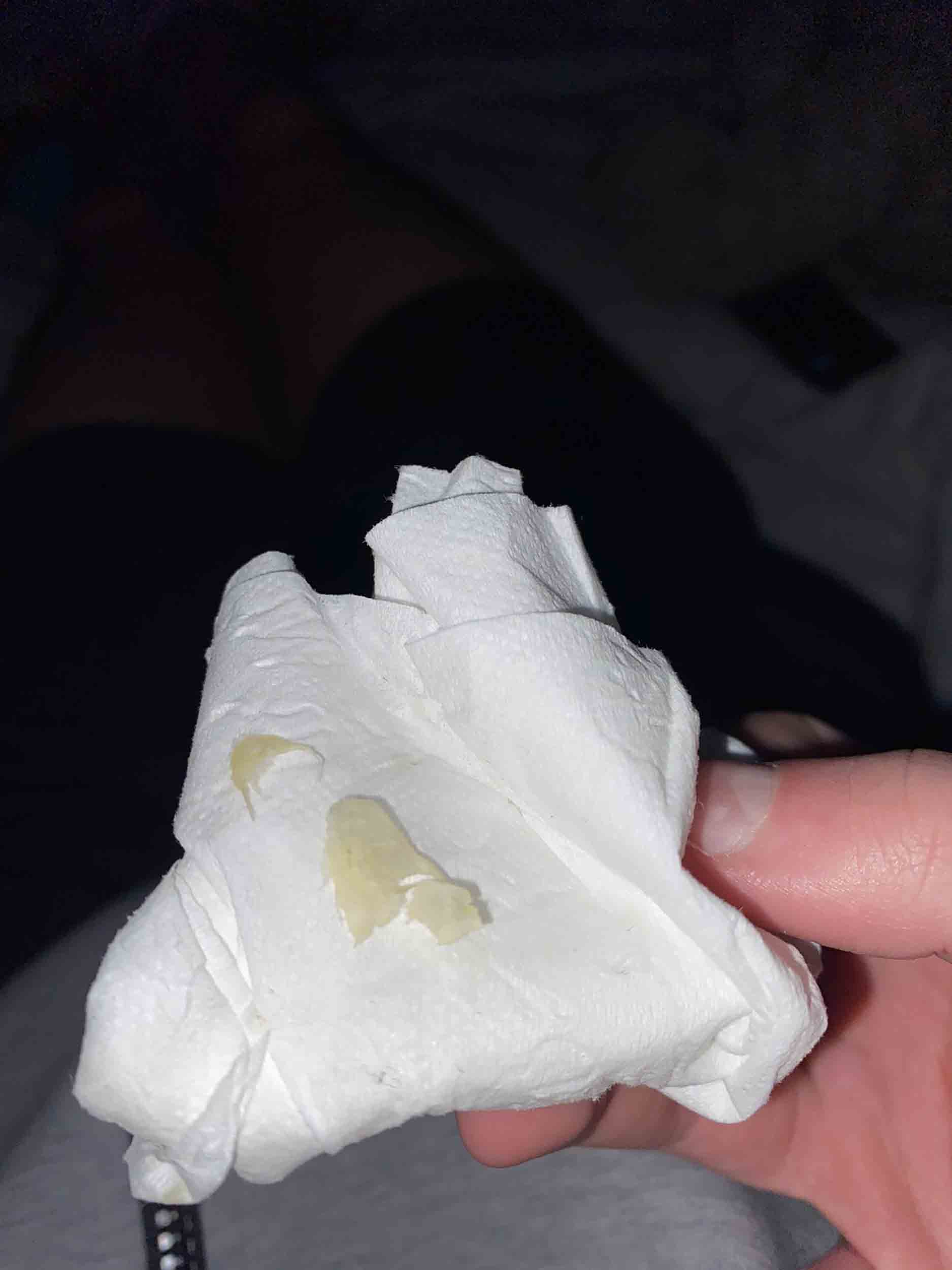 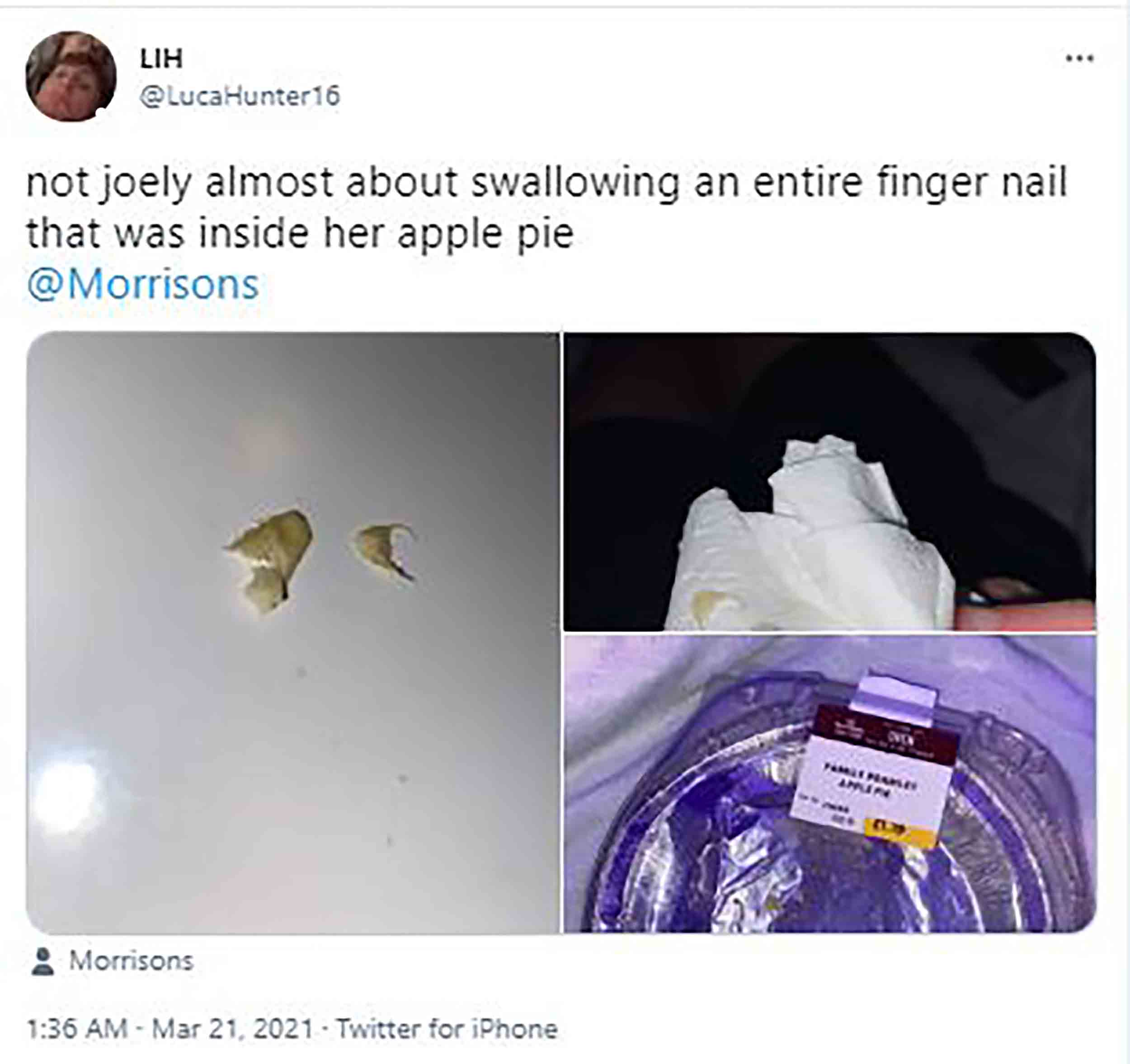 "She thought it was a piece of plastic until she took it out her mouth and looked at it and we then realised it was a fingernail.

“This will have been cooked prior to purchase and I had it in the microwave so may look a bit different but it looks identical in person.

"I am almost certain [it is a nail]. I can’t think of what else it could possibly be.

“We can’t think of what else it could possibly be.”

Since sharing his images on Sunday, Lucas tweet has attracted comments from social media users who cannot believe their eyes.

While another said: "Demand a free apple pie!"

Morrisons are aware of the issue, and has been approached by the Sun Online for a comment. 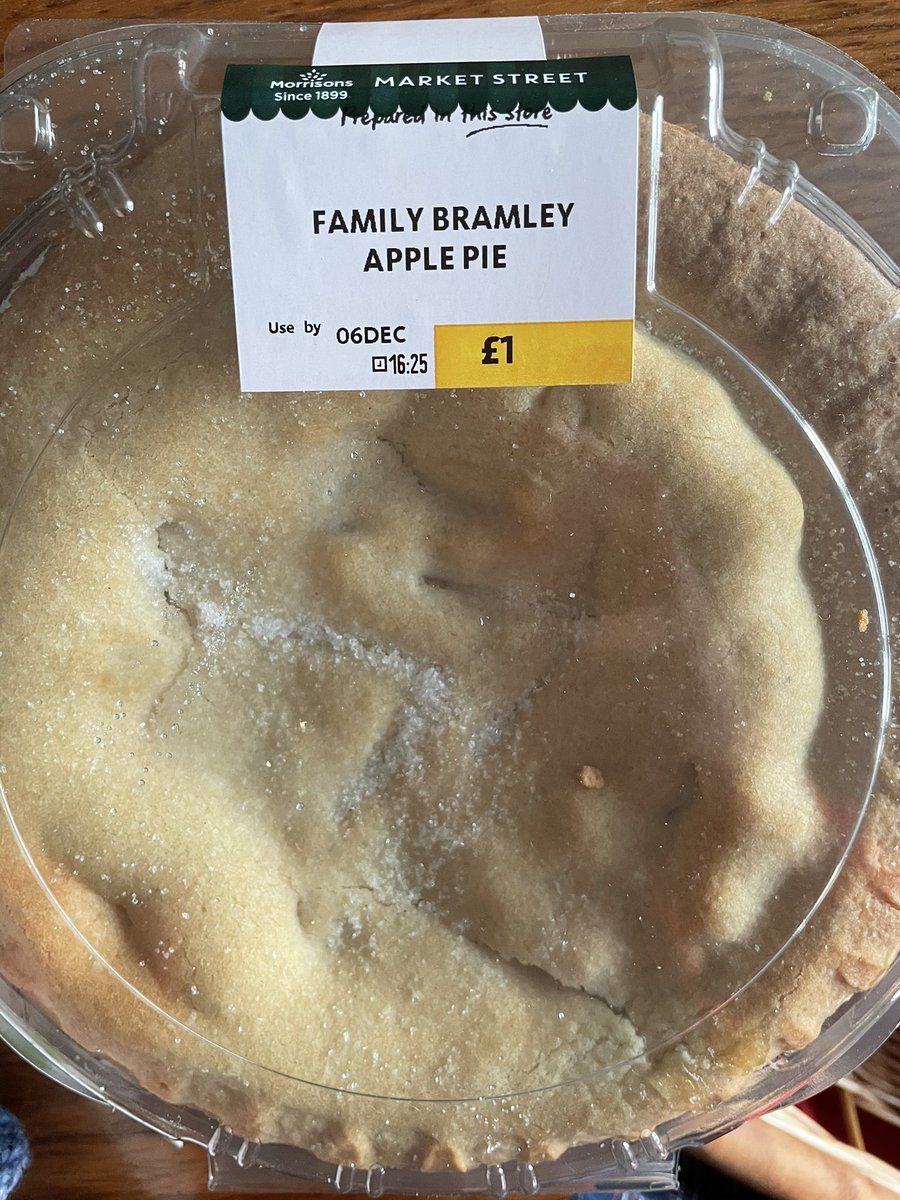