Order, order (at the bar): MPs, Lords and Whitehall staff spent £281,107 at Parliament’s drinking dens over the six months they were open in 2020

MPs, Lords and Whitehall staff spent more than £280,000 quenching their thirst at bars in the Houses of Parliament last year, it was revealed today. 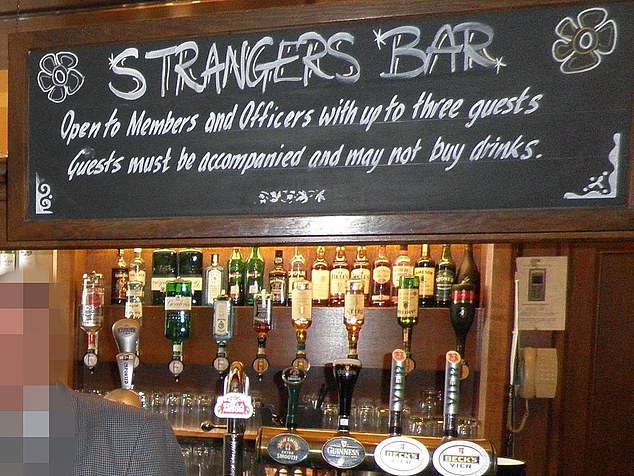 More than £280,000 was spent on drinks at bars at Parliament, including Strangers Bar

The figures for the venues in Westminster last year were revealed in a response to a freedom of information request by the pub trade magazine The Morning Advertiser.

The House of Commons and the House of Lords supplied figures to the publication for January, February, March, July, September and October 2020.

In addition, the House of Lords said £555 was spent in the first four days of November, before England went into its second lockdown on November 5.

There were no alcohol sales in April, May, June or December due to restrictions, or while Parliament was in summer recess between July 22 and September 1. 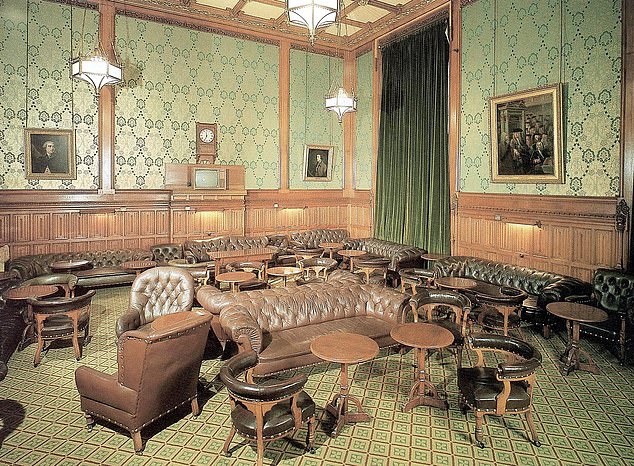 The FOI response said more than 15,000 people can access the Parliamentary estate and use its services, of which 650 are MPs.

The research also revealed that drinks prices are often cheaper in Parliament’s bars than in nearby pubs and on average across Britain.

A pint of Peroni lager in a House of Lords bar was £3.70 last year, 45p less than the UK average and £2.40 less than at the Red Lion pub in Westminster.

Visitors to Parliament could also drink a House of Lords own-brand malt whisky for £3.51, significantly lower than the average price of £4.28. 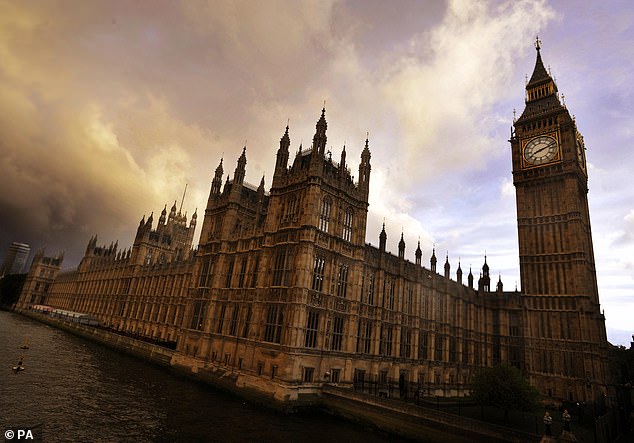 More than 15,000 people have access to the Parliamentary estate and use its services

However, some Parliamentary drinks prices were more expensive than elsewhere.

A House of Lords gin would set back drinkers £4, compared to the UK average of £3.73. And a glass of pinot grigio wine was 32p more expensive was the UK average.

A House of Commons spokesman told the Morning Advertiser: ‘Our food and drink offering is regularly benchmarked against similar outlets outside Parliament,

‘These services are accessible to all passholders, inclduing staff, members and journalists.’

Commons Speaker Sir Lindsay Hoyle has backed efforts to increase the number of low and no alcohol drinks in MPs’ bars.