AS the UK remains under threat from the coronavirus outbreak, a new terror has been spotted in the British Isles: "Asian hornets".

The deadly Asian hornet has been dubbed "murder hornet" due to its ability to chew through human skin and kill with a single sting. 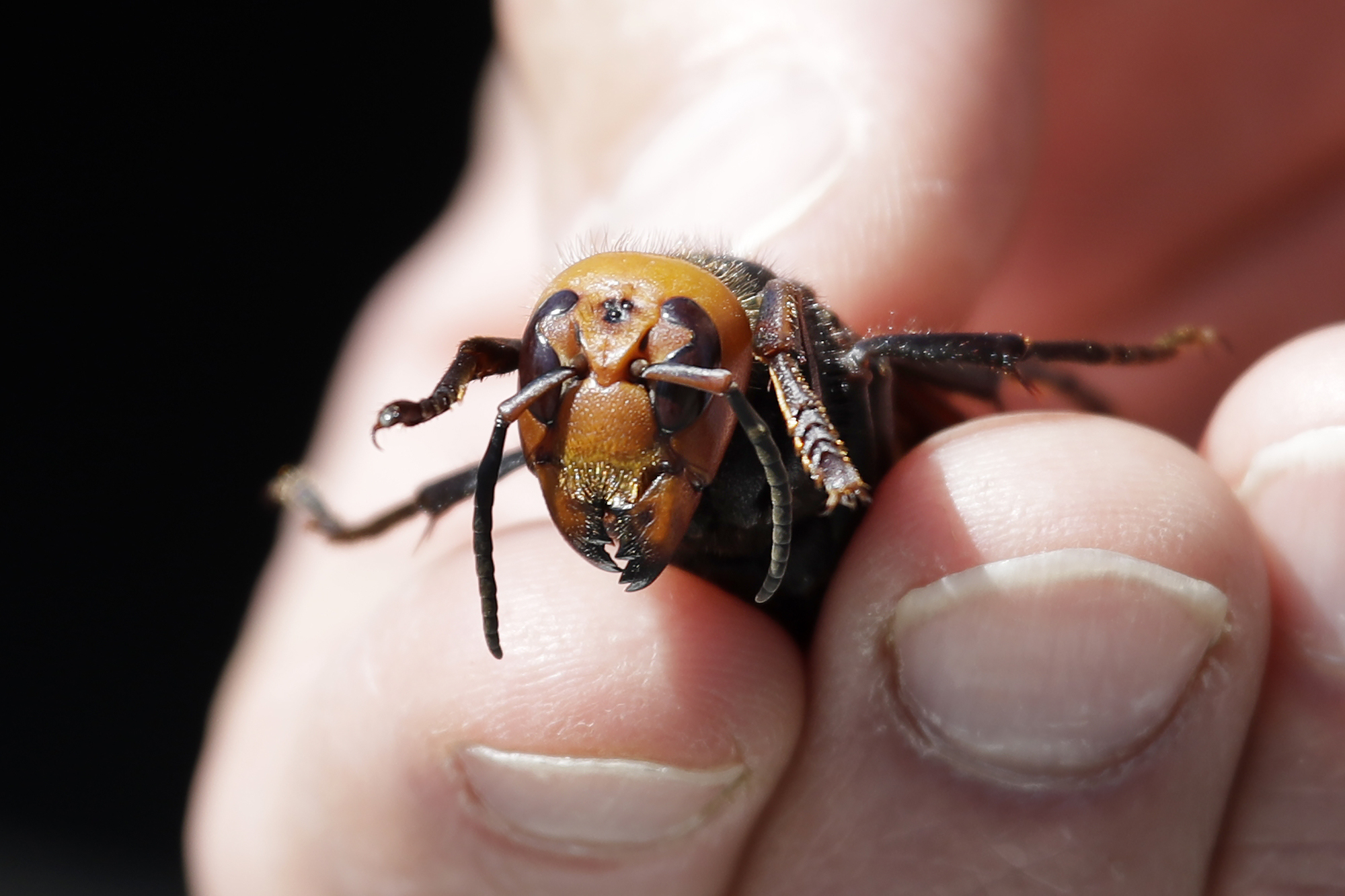 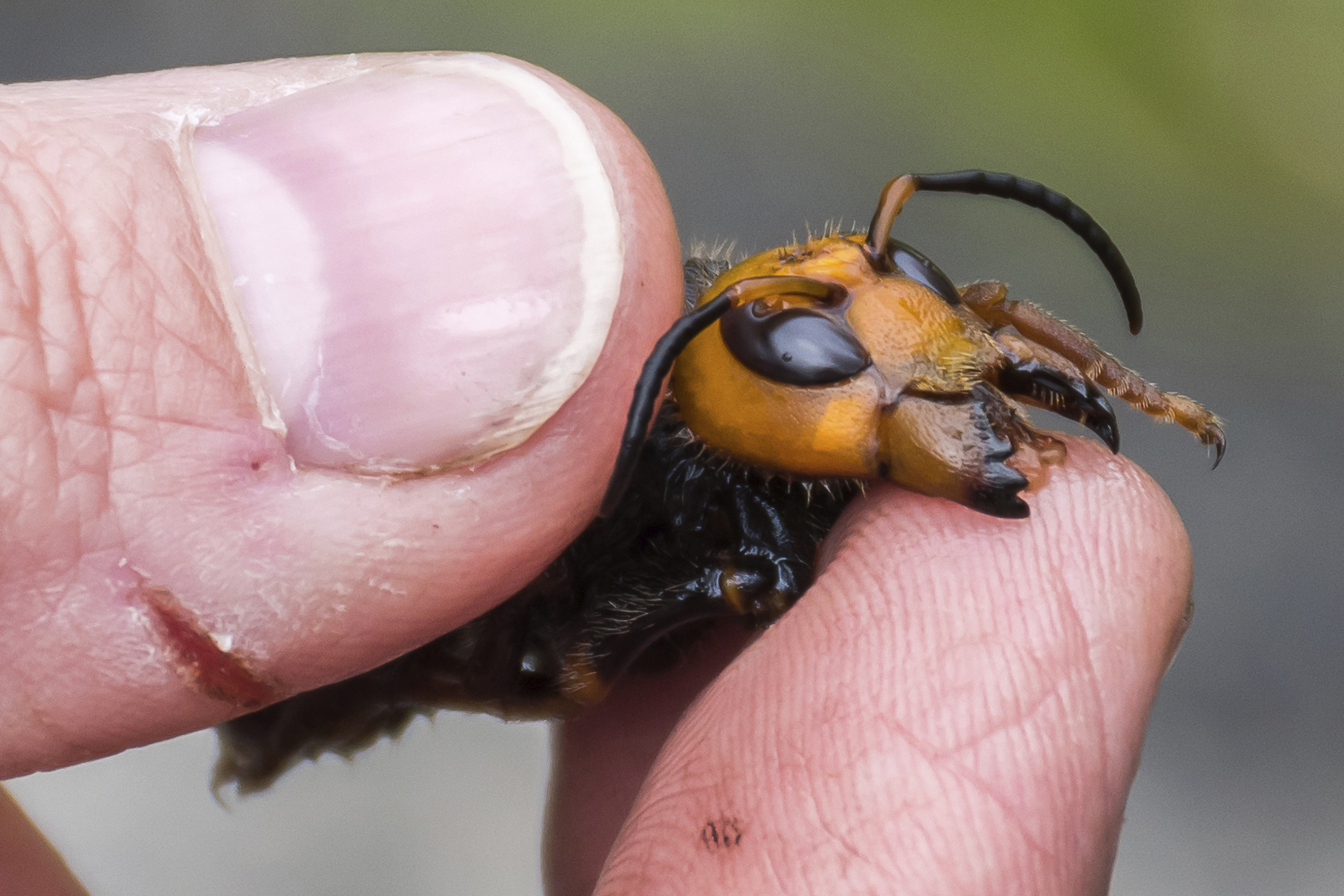 The terrifying insects were first spotted in the British Isles last month, on April 16, in Guernsey.

According to the Department for Environment, Food and Rural Affairs (DEFRA), they have had no reporting of the deadly giant Asian hornet in the UK and that the hornet spotted was the smaller Asian hornet.

Nicola Spence, Chief Plant Health Officer at the Department for Environment, Food and Rural Affairs, told the Mirror about the smaller Asian hornet: "By ensuring we are alerted to possible sightings as early as possible, we can take swift and effective action to stamp out the threat posed by Asian hornets.

"While the Asian hornet poses no greater risk to human health than a bee, we recognise the damage they can cause to honey bee colonies and other beneficial insects.

"Please continue to look out for any Asian hornets and if you think you’ve spotted one, report your sighting through the Asian hornet app or online."

One expert, an entomologist at the University of Maryland, spoke to WUSA about the danger that humans face from the giant or "murder hornets".

WHAT IS AN ASIAN HORNET AND HOW DO YOU SPOT THEM?

He said: "We've been sounding the alarm about this insect for months.

"It is a very large insect. About the size of your thumb. It has these very sharp, large mandibles that are attached to these really big muscles that allow it to chew through a lot of different fabrics.

"They can chew through skin, and they also have a really long stinger."

Dr Ramsey added that the hornet's poisonous venom can destroy human cells and cause extreme pain.

Yesterday it was reported that a man in Spain had died from the sting of an Asian hornet.

The victim, from Villestro in Galicia, was stung on the eyebrow by what was believed to have been the killer bug while tending to a beehive he owned, according to local media.

The deadly insects from Asia have been migrating across the world and were first spotted last weekend in Washington State.

The massive two-inch wasps massacre honey bees in their hives, decapitating their victims and feeding their bodies to their young.

But the hornets are deadly to humans as well, killing up to 50 people a year in their native Japan alone.

If you think you have seen the insect, you should report this sighting using the “Asian Hornet Watch” app, which is available to download on iPhones or Android smartphones.

You will be asked to include information on the location and date of the sighting, as well as the number of Asian hornets you saw and, if possible, a photo to help identify the insect.

Members of the public are not advised to try to remove a nest themselves as this should be done by experts.

The Department for Environment, Food and Rural Affairs have been contacted for comment. 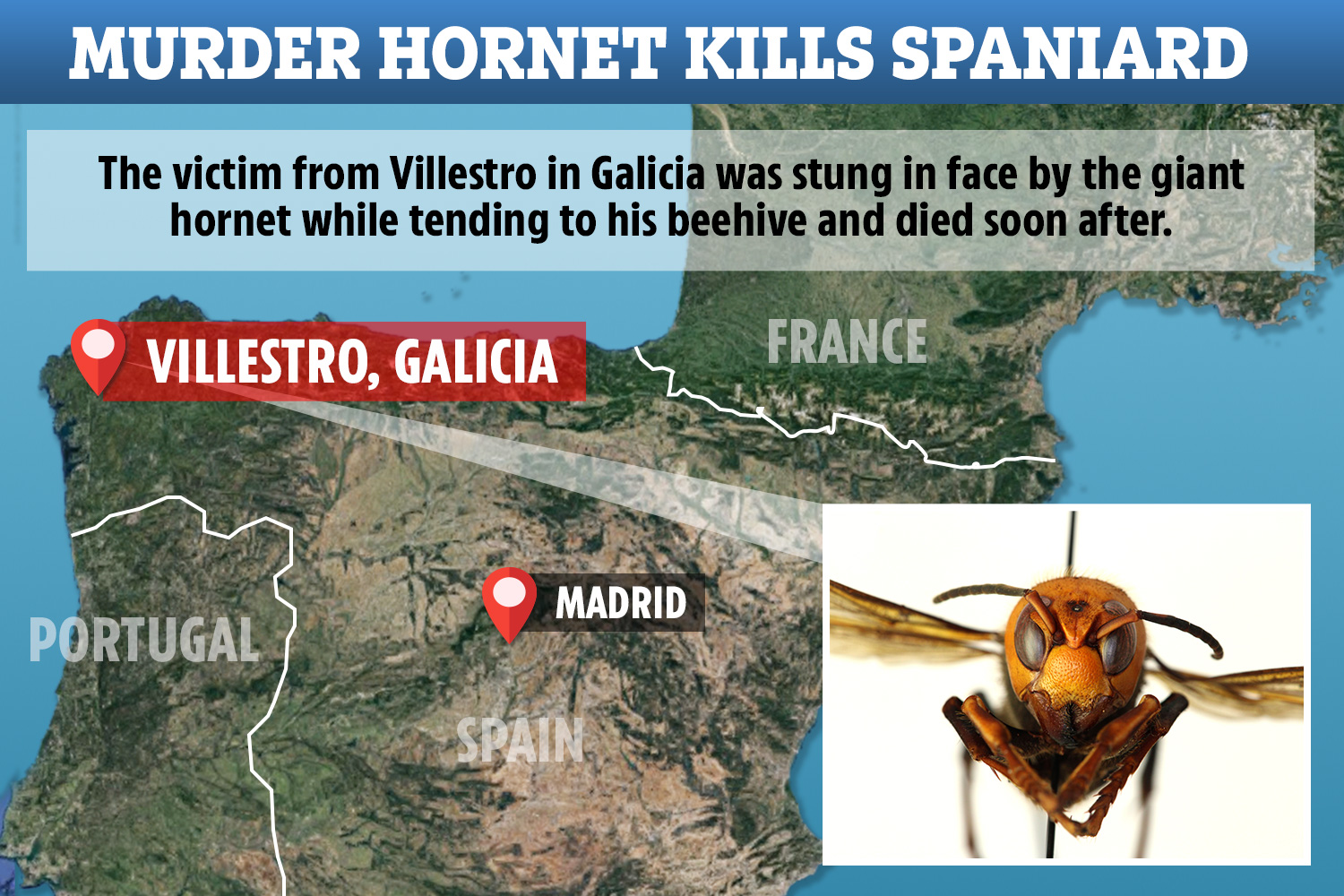