My wonderful brother and an awful truth about coronavirus…

My wonderful brother and an awful truth… coronavirus shows we value some lives over others: KATE SPICER makes a heartfelt plea to people to sit up and take notice of those like her sibling who have learning disabilities

There’s a picture on my desk that makes me smile.

In it, my brother Tom, now 48, stands proud and handsome with one arm round my shoulder and the other extended to embrace our mum and ‘little’ brother, William, who’s 44.

I’m two years older than Tom, but big sister in name only. He’s tall and strong. 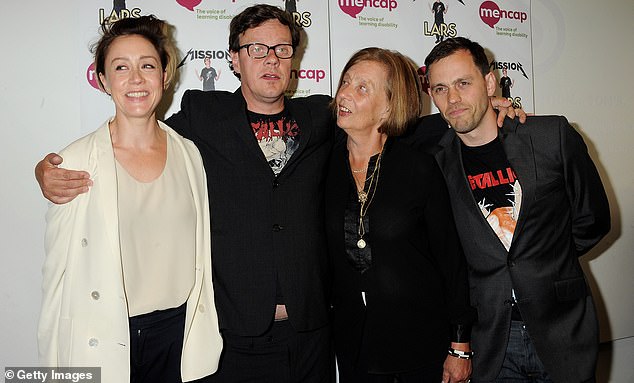 Kate Spicer (far left) next to her brother Tom, who has a learning disability called Fragile X

But I worry about Tom. He has Fragile X syndrome, the most common cause of inherited learning disability. He cannot write, cannot read and he doesn’t understand money. He refers to Covid-19 as ‘this bloody flu virus’.

On the phone we talk about hand-washing, Boris and lockdown like a couple of four-year-olds. ‘Boris. He, he, he, he better now i’n ’e.’

His main interests might be the heavy metal band Metallica, Dad’s Army and beer, but he’s full of charm, empathy and natural wit.

He tells me he has lost half a stone. Thanks to lockdown, his sneaky trips to the chippy for battered sausages and pies have ended.

It’s a little upside to his strict confinement because, despite being as strong as an ox, Tom’s been shielding like the frailest of OAPs since before the Government-enforced lockdown in March. Lynn, the lovely manager of his supported-living community, took the decision herself. She knew she needed to protect her clients.

Much has been said about the inadequate protection of frail inhabitants of care homes for the elderly during this health crisis. 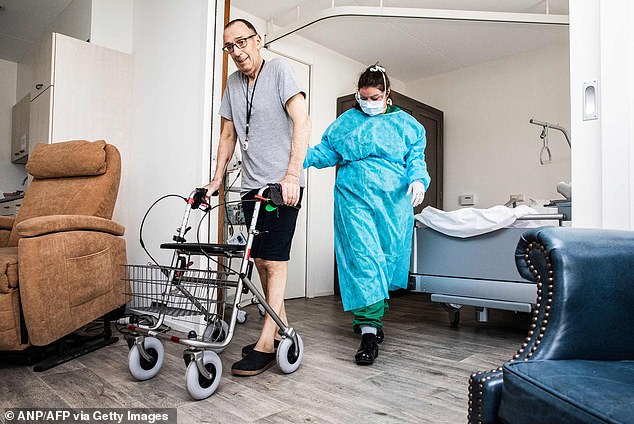 A lot of focus has been placed upon the health of those in care homes (pictured), but people with learning difficulties are another frail community who need support during the pandemic

Very little attention has been paid to the scandalous treatment of some people with learning disabilities who, even if they are young and healthy, have been pronounced by some GPs as unfit for resuscitation should they require it, and, in some cases, the right to even go to hospital.

It doesn’t surprise me, though it breaks my heart. Even at the best of times, people with learning disabilities take second place to other members of society.

These decisions by GPs were based on Covid-19 advice issued on March 21 by the National Institute for Health and Care Excellence (NICE). It used a device known as the Clinical Frailty Scale that meant anyone requiring care beyond a certain level – no matter their physical fitness or age – were lumped in with frail elderly people. Score too high and, if you got sick, you were screwed.

Discussing this subject recently, the paralympian Baroness Grey-Thompson described it as ‘simplistic utilitarianism [that] would erode the moral and social conscience of our country’.

In other words, adults with a good chance of recovery – but who happened to have learning disabilities – were being condemned because they required a certain level of support care. They were being told to stay put and ride out the infection, even if that meant they died. 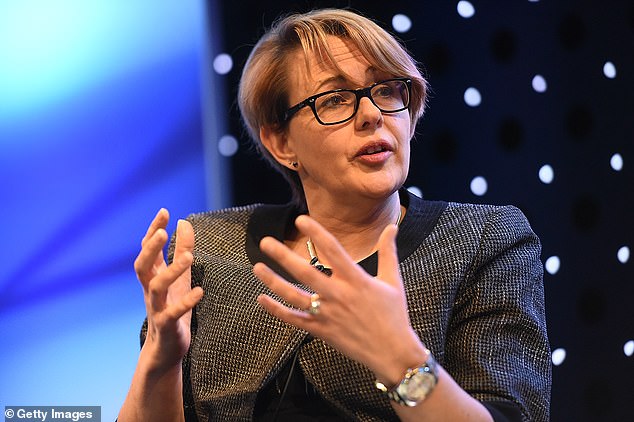 This change was an important one. It validated learning disabled people’s lives. But where was the outcry at the earlier, quite outrageous, state of affairs? Sometimes it feels as if no one really gives a damn.

People with learning disabilities struggle to find jobs, they face discrimination in the wider world, and that includes, at times, our great sanctuary of hope, the NHS.

My brother has a truly fantastic GP and good support in his day-to-day life, though we deal with a frustratingly nebulous and ever-shifting landscape at social worker level. Broadly, he’s lucky compared to some other people in his situation.

Were he to require hospitalisation, he would leave all that behind and be at the mercy of strangers. There is a real chance he could meet prejudice in the shape of a doctor or nurse who does not think his right to treatment – or indeed life – is equal to that of a ‘normal’ person. (Whatever a ‘normal’ person is.)

As we have learned when it comes to the treatment of the old and the higher death rate among the poor, the notion that this virus is a great leveller has been proved a big fat lie. It has shone a light on something that, in better times, was easier to ignore: Some people’s lives simply aren’t valued as much as others.

I first met Edel Harris, the chief executive of Mencap, eight years ago when I was promoting Mission To Lars, a documentary that my brother William and I made about Tom.

Her son, Ross, 32, also has Fragile X syndrome. She has not seen him for more than a month as she works in London and he is locked down near her home in Aberdeen. She dreads the thought of Ross facing hospital under current circumstances. 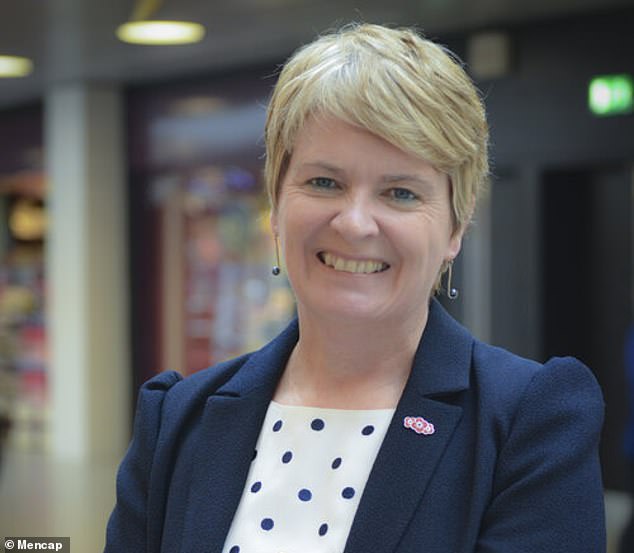 Mencap CEO Edel Harris is helping to promote campaigns supporting those with learning difficulties, such as Treat Me Well and Death By Indifference

‘It doesn’t bear thinking about,’ she says. ‘He wouldn’t understand. His anxiety and fear would result in challenging behaviour that might be fatally misinterpreted by healthcare professionals.’

Mencap, with its Treat Me Well campaign, and Dimensions, another learning disability charity, with #MyGPandMe, aim to educate healthcare professionals about these conditions.

Tom, as he likes to say while grinning and patting his stomach, ‘loves pies’. He is potentially as vulnerable as any other portly middle-aged man who likes pies. Would the person holding Tom’s life in their hands value it as highly as, say, the life of the portly Prime Minister in the next bed?

Believe me, it makes me uncomfortable criticising the NHS. My childhood was defined by the hard, long hours my dad worked in the NHS as a paediatric surgeon.

And he never shied away from telling us about the arbitrary nature of life and death in a rationed NHS – that doctors had to make decisions based on a lack of resources, and too often those decisions revolve around that simplistic utilitarianism Baroness Grey-Thompson talks about.

Learning disability is the last prejudice. Unlike the campaigns based on race, gender and sexuality, learning disability has always struggled to find – for want of a more tasteful word – sexy advocates. By this I mean people who can make the prejudice come alive to a wider audience – who can persuade our politicians and the public to sit up and take notice.

Try fundraising for learning disability charities. I have. It’s not your beloved mum or aunt who died of cancer, or starving kiddies with flies in their eyes. It’s not once-handsome young men dying of AIDS, it’s not donkeys or dogs being maltreated. 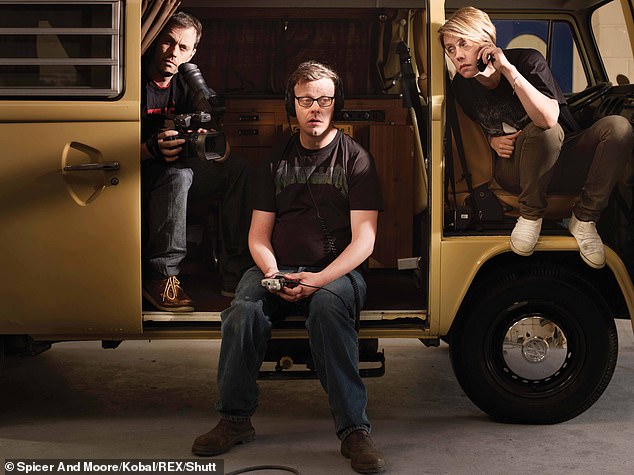 As Ms Harris says: ‘Within the healthcare system, learning disabled people can be “deprioritised.” ’

The Dimensions charity, which provides social care services for people with learning disabilities and autism, paints a similar dark picture: ‘Despite clear NHS guidance, GPs and hospital doctors continue to add Do Not Attempt Resuscitation (DNAR) notices to people’s medical records in violation of the Mental Capacity Act and, frankly, people’s right to life.

‘In unilaterally selecting certain people as being less worthy of hospital treatment than others, their actions carry shades of eugenics and must be called out.’

There is a correct procedure when it comes to these things, and it is not being followed. For those that are shocked by this, it’s a human rights issue. For those who deeply love someone with a learning disability, it’s terrifying.