THE whirring noise inside the lair of nail bomber David Copeland grew louder, unsettling the Flying Squad detectives who had just collared him.

Less than seven hours earlier, the fascist diehard had detonated the last and deadliest of three bombs in 13 days of terror in London. 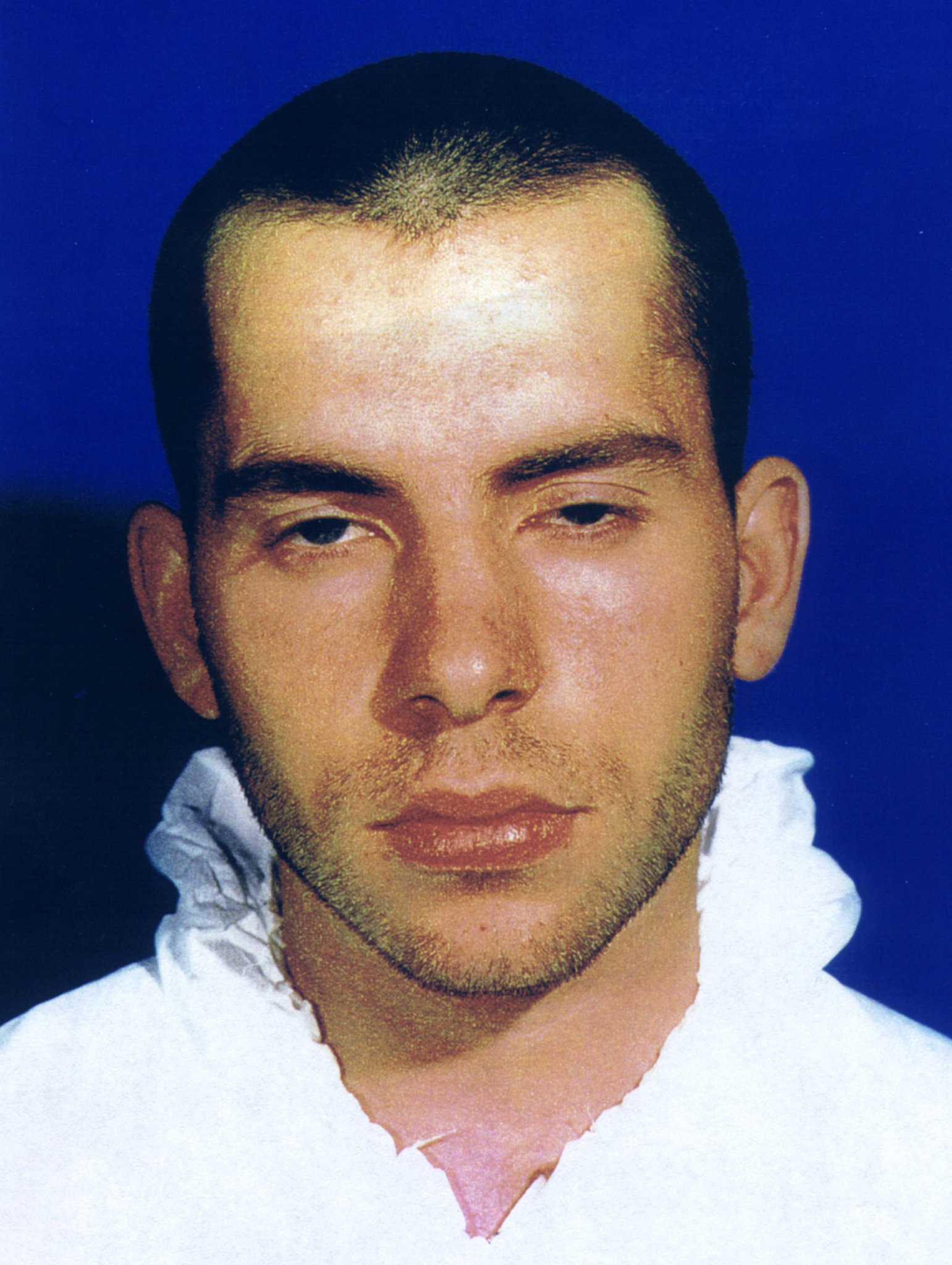 Unarmed Flying Squad officers who swooped on Copeland’s Nazi shrine were now confronted with explosives, bomb-making parts and weapons. Former Sweeney head of operations Barry Phillips said: “They were fearful there might be booby traps or bombs primed to go off.

“Then this whirring sound started up, which seemed to get louder and faster. The Squad officers were quite traumatised and scarpered.

“The immediate area was evacuated and the bomb disposal unit went in, but to everyone’s relief, one of them came out soon after with a big smile and revealed that the whirring noise was Copeland’s white pet rat, Whizzer.

“It was in its cage, running on a wheel which was whirring round. It was a light-hearted moment in a very tense situation.” 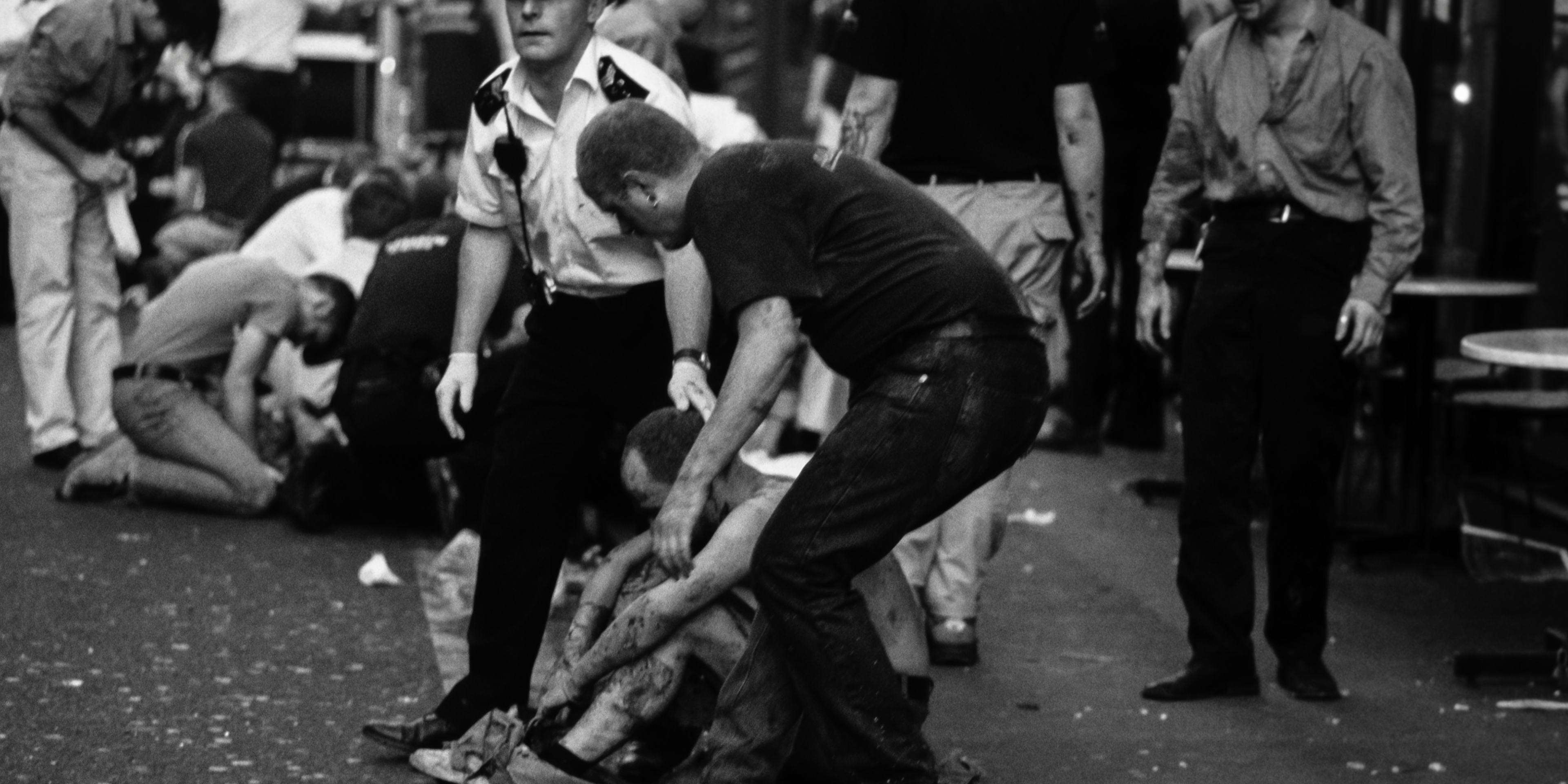 Copeland’s bombings, targeting black, Asian and gay communities during spring 1999, and the race to find him, are featured in a new Netflix documentary Nail Bomber: Manhunt, premiered this week.

It recounts the devastation wrought by 22-year-old Copeland and highlights how close police came to catching the lone-wolf bomber before his third and final attack.

In December The Sun told how the fanatic had threatened to shoot singer Geri Horner at the Brits for being pals with gay star George Michael.

Today The Sun reveals new details about the manhunt and speaks to the Flying Squad officer, nicknamed The Ferret, who arrested Copeland. 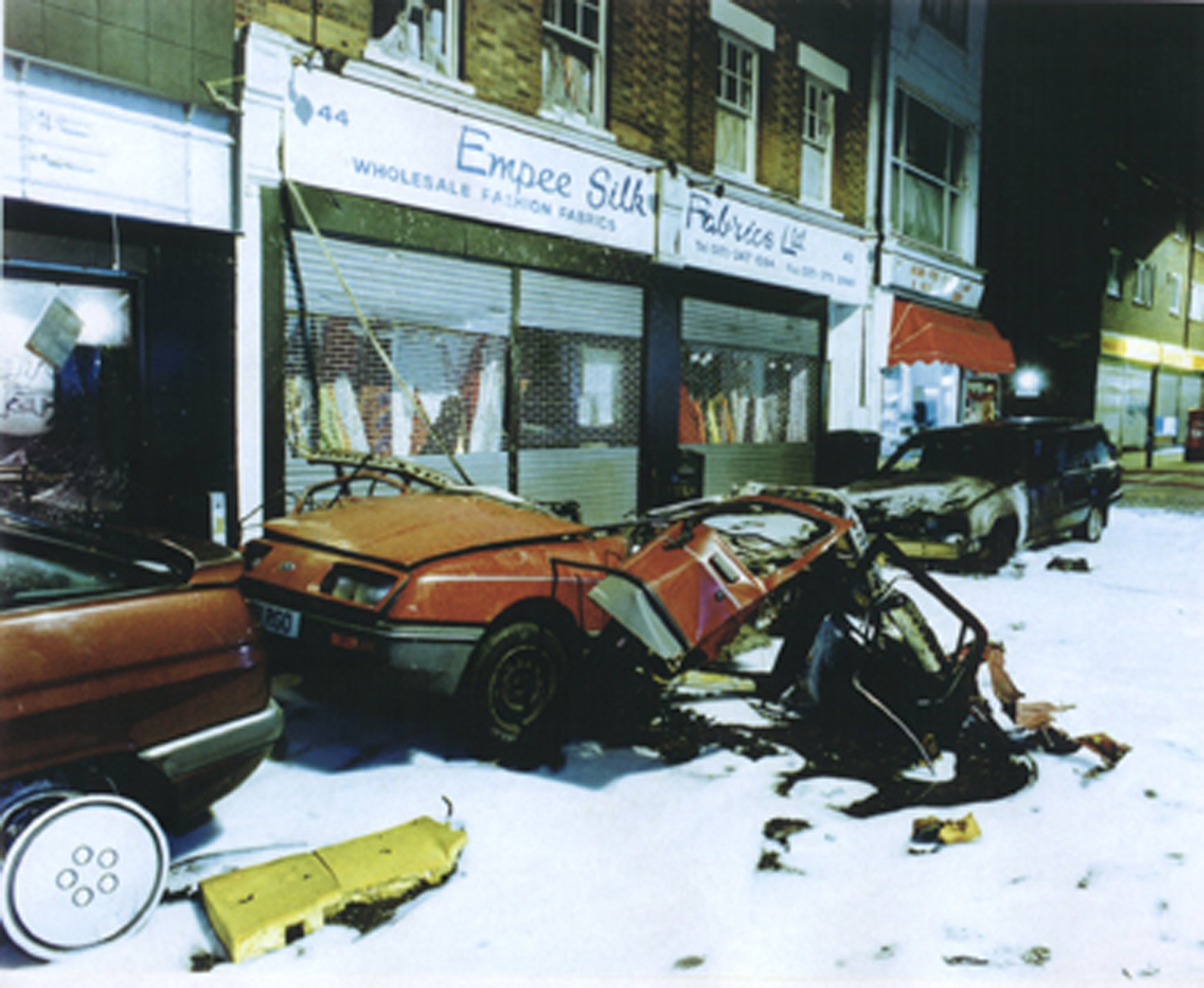 Right-wing extremist Copeland was inspired by a neo-Nazi’s bombing of the Atlanta Olympics in 1996.

He later told police: “The Notting Hill Carnival was on at the same time, and I thought, ‘Why, why, why can’t someone blow that place up?’.

He was also influenced by a notorious book depicting a revolution in the US by whites, leading to a race war and the extermination of minorities.

Copeland had grown up with his family in Yateley, Hants, as a quiet, diligent student who was good at sports. 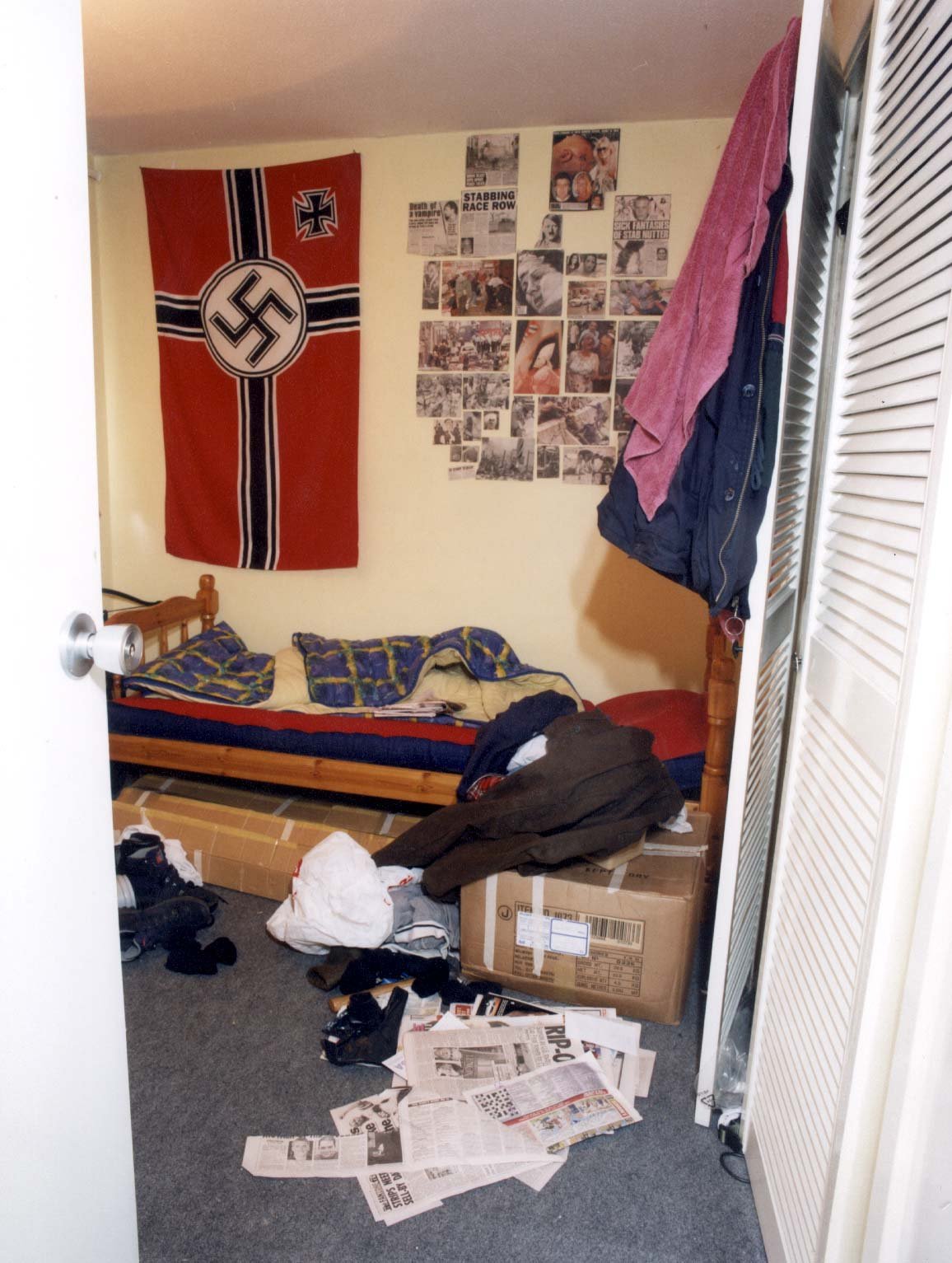 But after he moved to London to work as an engineer on the Jubilee Line Tube extension he was drawn to the far Right move­ment and began going to British National Party meetings.

Three months before the bombings, Copeland joined the more extremist National Socialist Movement, an openly Nazi group who called for the creation of racial terror with bombs.

By then he was living back in Hampshire, renting a room in a house in Cove, near Farnborough. 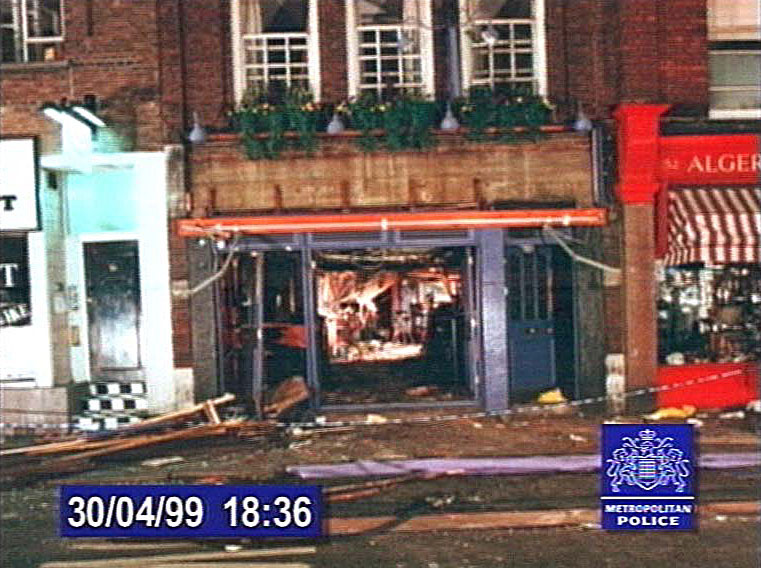 He also spent thousands of pounds on powerful fireworks, which he took apart to make his bombs, with only his pet rat for company. Each device contained 1,500 nails, which he doused in rat’s urine and droppings to inflict disease on the victims.

Copeland detonated his first bomb at 5.25pm on Saturday, April 17, 1999, in a market place in the mainly black area of Brixton, South London. Suspicious traders moved the sports bag containing the device three times, eventually leaving it in a less crowded area outside an Iceland store. The explosion injured 48 people, many of them seriously, including a 23-month-old child who was left with a four-inch nail embedded in his skull.

Copeland’s second bombing came the following Saturday, and was aimed at the Bangladeshi community in Brick Lane, East London. A passer-by spotted the bag and put it in the boot of his car, where it exploded at 6pm, destroying the vehicle, injuring 13 people and damaging buildings. 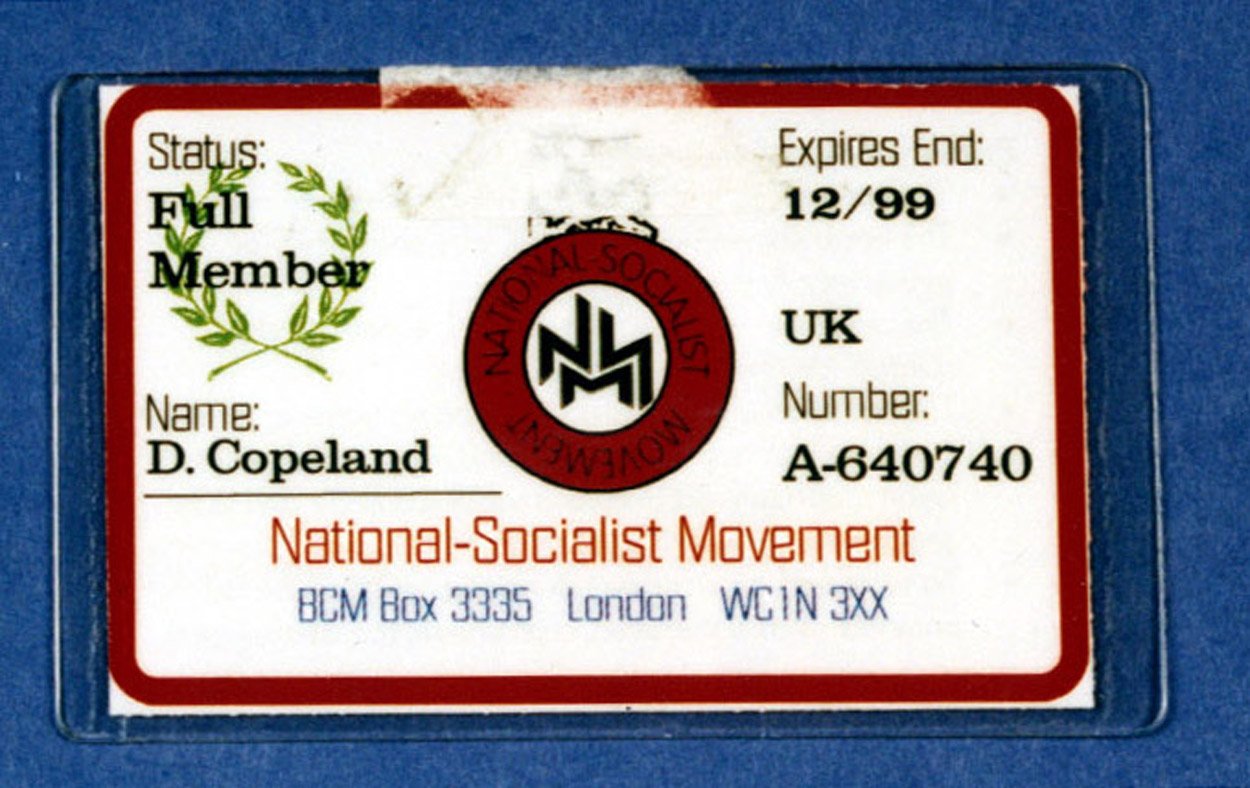 The outrages sparked Operation Marathon, one of Britain’s biggest investigations. The breakthrough came when analysis of thousands of hours of CCTV footage from Brixton yielded eight grainy images showing the bomber wearing a white baseball cap outside the Iceland store, first with the Head sports bag, then without.

The pictures were enhanced by Nasa in America and released to the public on Thursday, April 29.

On that day, Copeland was already scouting his next target in Soho, central London, when he spotted the picture of himself in an evening newspaper.

Knowing his capture was imminent, he went home to collect his explosives to bring forward his next attack. He returned to London and checked into a hotel under a false name, preparing his bomb that night in his room. At 5.30pm the next day, his work colleague Paul Mifsud rang police after recognising Copeland in a paper. 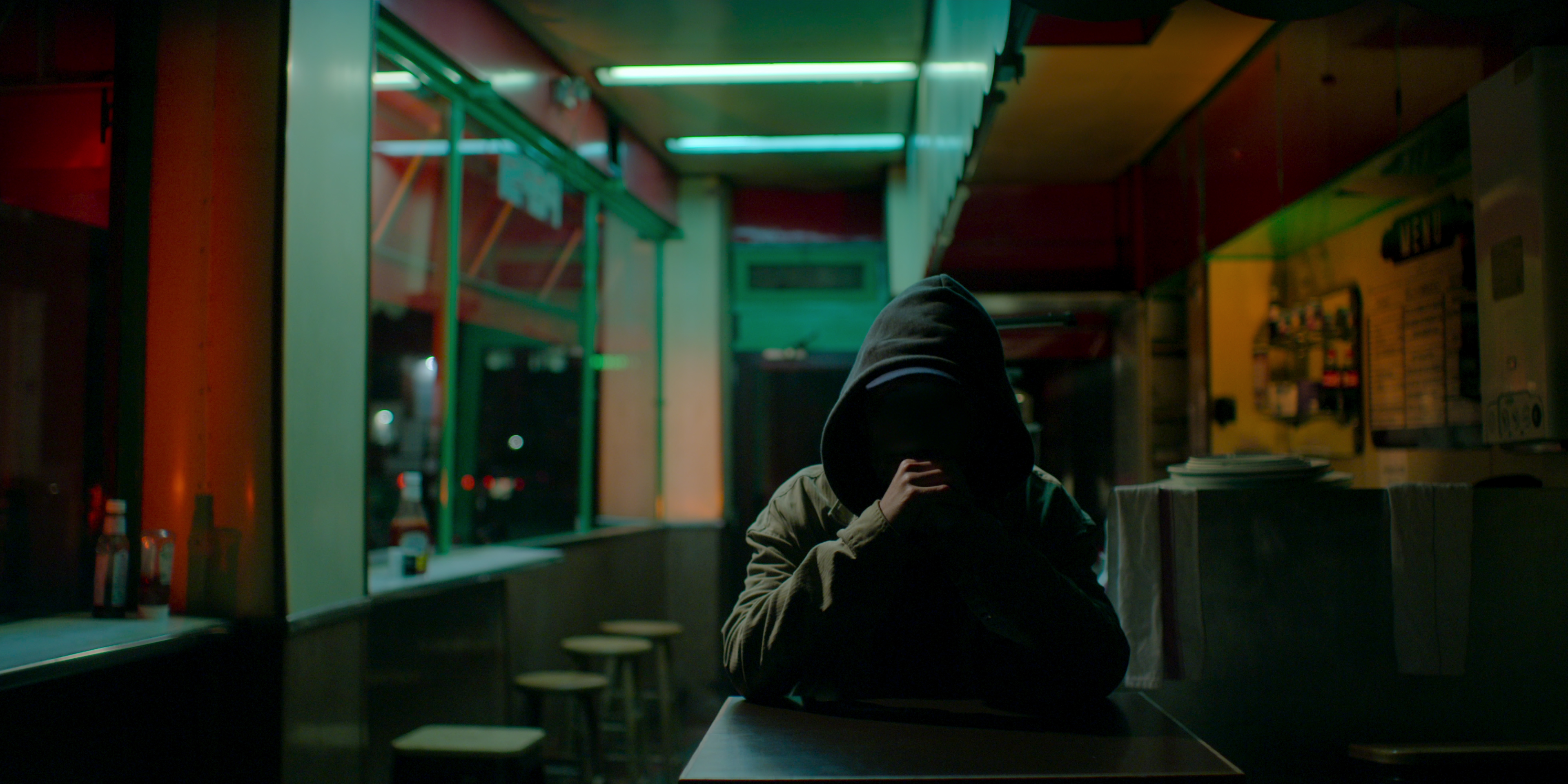 But the bomber was already on the move. At 5.50pm he walked into the Admiral Duncan, a gay pub on Soho’s Old Compton Street, where he ordered a Coke, chatted to a customer, then left.

Andrea’s husband Julian was among the 79 injured, many of them seriously.

Flying Squad Detective Sergeant Pete Basnett, nicknamed The Ferret by his Sweeney colleagues, was among hundreds of Met cops waiting on standby across London to be despatched to check out potential suspects. 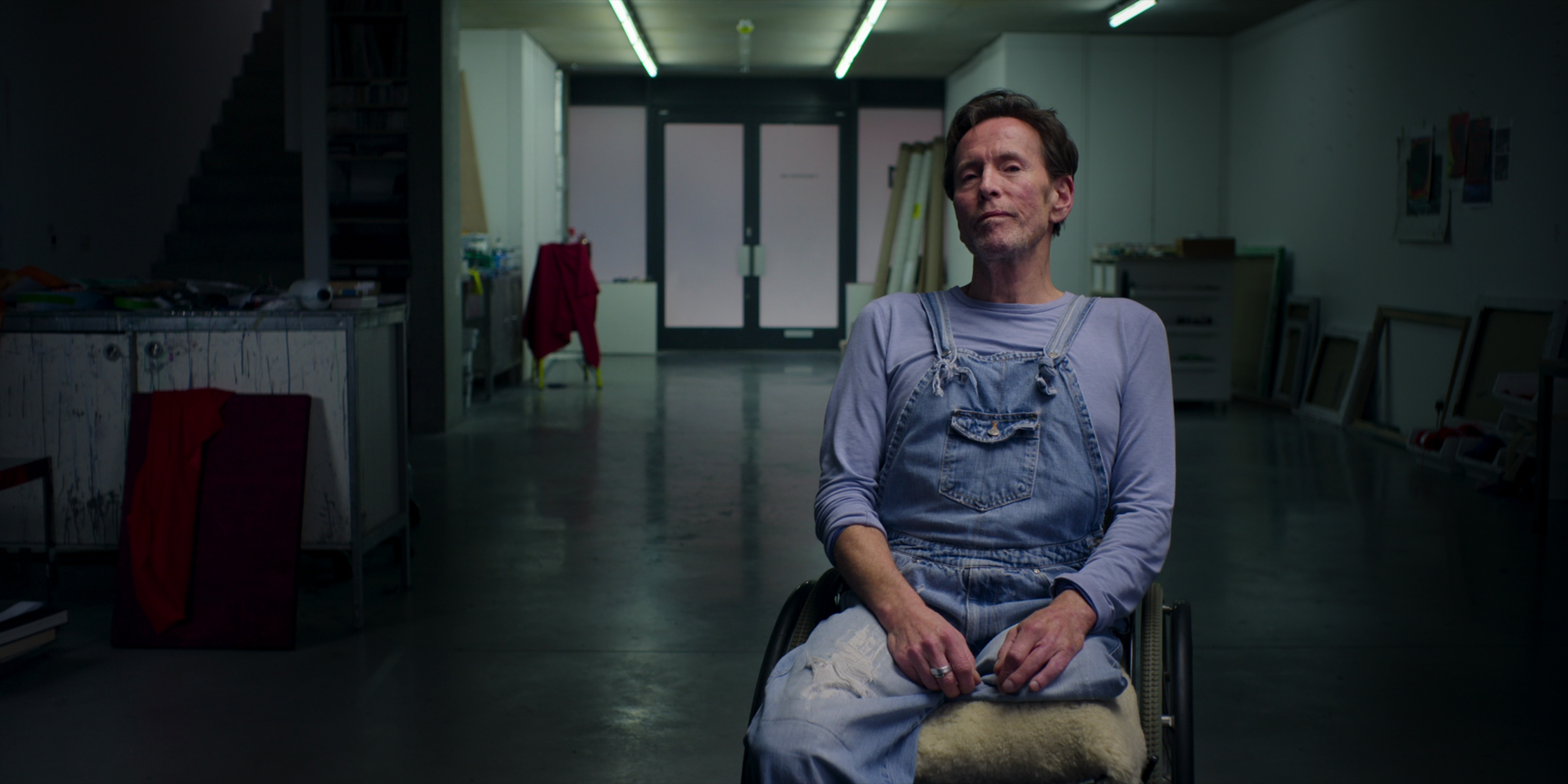 He recalls: “Hundreds of names were coming in but late on that Friday night we had a call from Control with a name and were told to get to Cove in Hampshire.

“The house was on a small estate and we set up a rendezvous point round the corner, then took up positions at the front and rear.

“One detective, Neil Williamson, climbed up on to the open porch by the front door then we knocked and waited a long time. 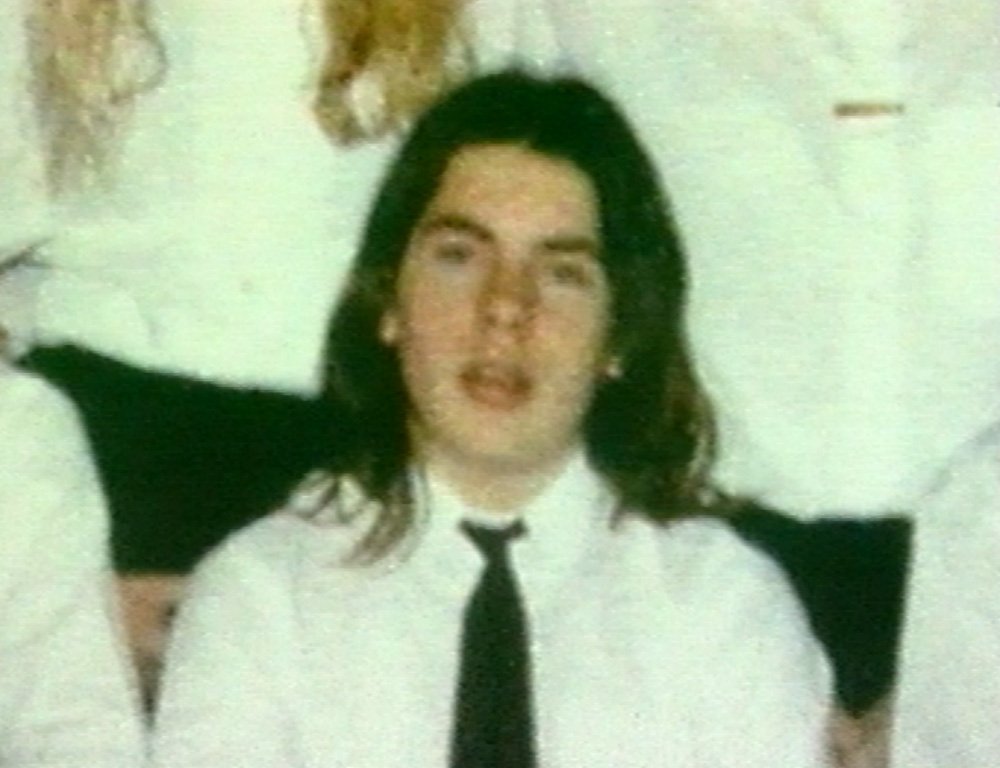 “Just as we were thinking about going in, a woman opened the door. We asked if David Copeland lived there. She said there was a ‘David’ living in the back room upstairs and three of us went up. I banged on the door and heard shuffling. The hairs on the back of my neck were up at that point.

“He opened the door and was wearing tracksuit bottoms and was bare-chested. His face was right there in front of me and it was clear it was him.

“I put my foot in the door and told him what we were investigating and he said, ‘Yes, it’s all down to me. I did it by myself’.

“He was handcuffed and I asked whether there was anything in the room that might blow up. 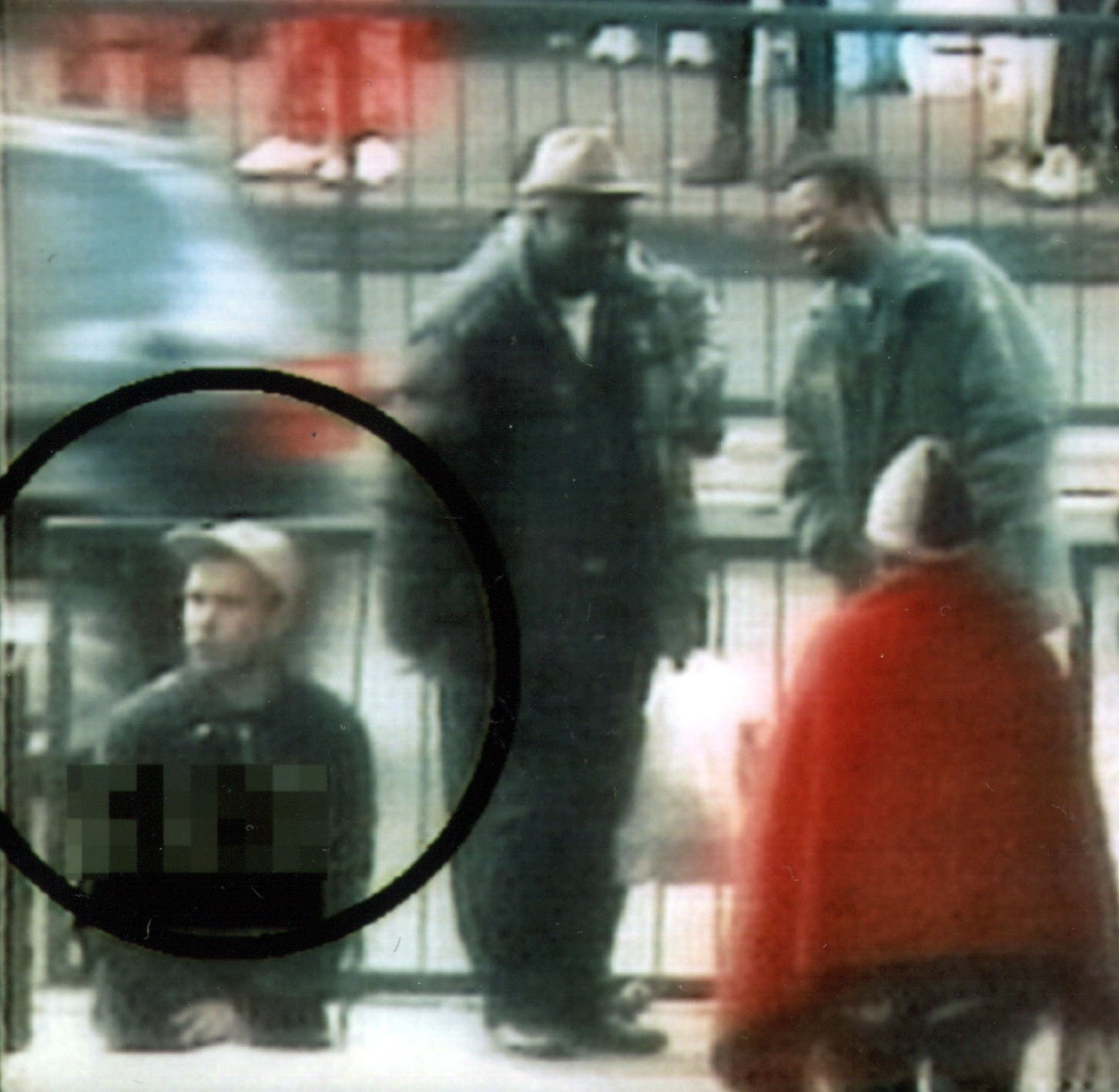 “He pointed out a container of ammonium nitrate, used in explosives, and three boxes of fireworks under the bed. There was a massive Nazi flag on the wall and pictures of bomb scenes, including newspaper cuttings of attacks he was responsible for.

“There was also a crossbow and it was only later that I thought, ‘He could have killed us with that’.”

When first questioned by cops, instead of asking about his victims from Soho, Copeland’s first concern was to ask about Whizzer’s welfare. 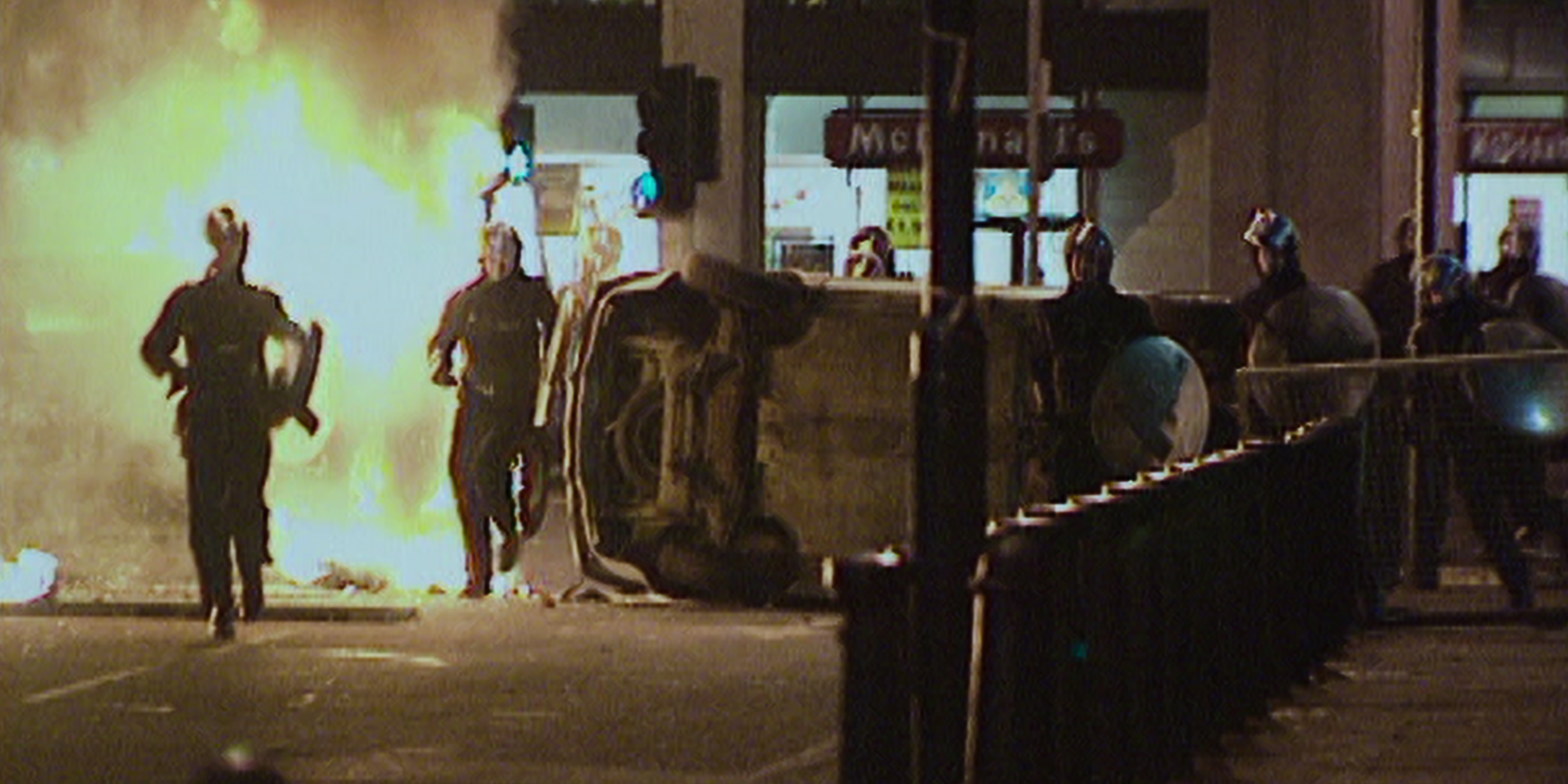 At The Old Bailey in 2000 he was convicted of three counts of murder and three of causing an explosion endangering life. He was given six life sentences with a 50-year minimum tariff. Now 44, he will not be free until he is 72.

Pete added: “I later found out a psychological profiler had said the bomber would booby-trap his room.

“It could have easily gone wrong but it all happened so quickly there wasn’t time to think about it.” 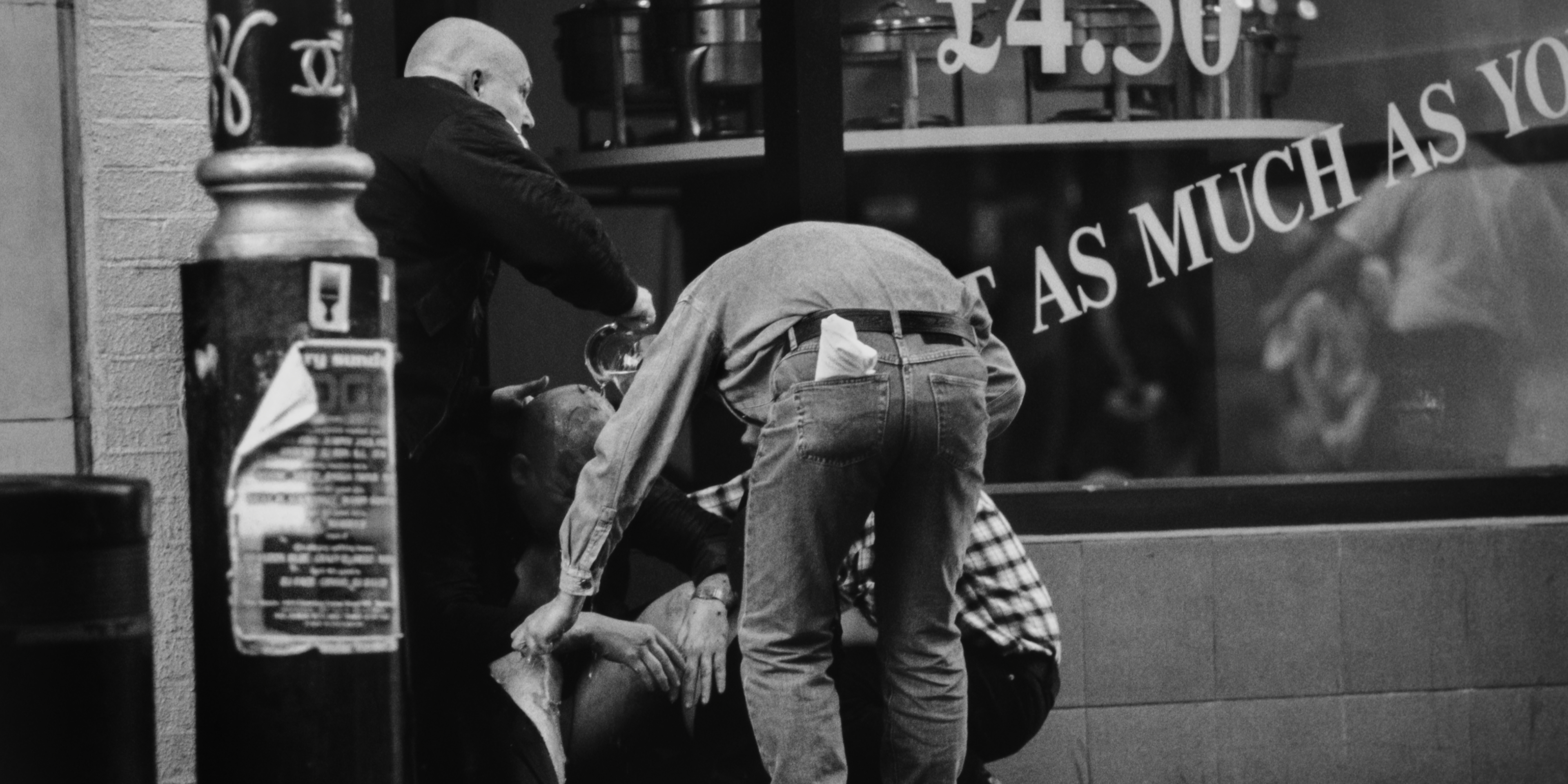