Mike Tirico, NBC's longtime sports broadcaster, will now be joining Cris Collinsworth in the booth for play-by-play, and Melissa Stark will be doing the sideline reporting.

“'Sunday Night Football' is destination viewing and we are thrilled to have Mike, Cris and Melissa call the action and tell the stories that football fans have come to expect from primetime TV’s #1 show,” NBC Sports chairman Pete Bevacqua said in a statement.

Tirico's resume is well known. He's been a part of NBC's NFL coverage since 2016, but he does so much more. In just the past year he served as the primetime host for NBC's Olympics coverage, hosted the Super Bowl pregame show, horse racing's Triple Crown, golf's U.S. Open, and the Indianapolis 500. Essentially, if you watch sports on NBC, you have to work really hard to avoid hearing his voice.

Stark has been a sideline reporter in the past, having done the job in the early 2000s for ABC's Monday Night Football. She's spent over a decade as a host and reporter for NFL Network, worked three Olympics for NBC, and also spent four years with NBC News doing work on the "Today Show" and MSNBC.

There has been a lot of moving and shaking in the football broadcast world since the Super Bowl in February, and NBC wasn't exempt from it. Michaels' contract with NBC ran out, and when it wasn't renewed he signed with Amazon to call its Thursday Night Football games. Tafoya has left sports broadcasting altogether and is now pursuing a career in Minnesota politics.

But now it seems that the moving and shaking has come to an end, at least for now. NFL broadcast teams are mostly in place, and all they need are games to call. Tirico, Collinsworth and Stark will get their first shot as a trio at the Pro Football Hall of Fame Game on Aug. 4, and will call their first regular season game on Sept. 8. 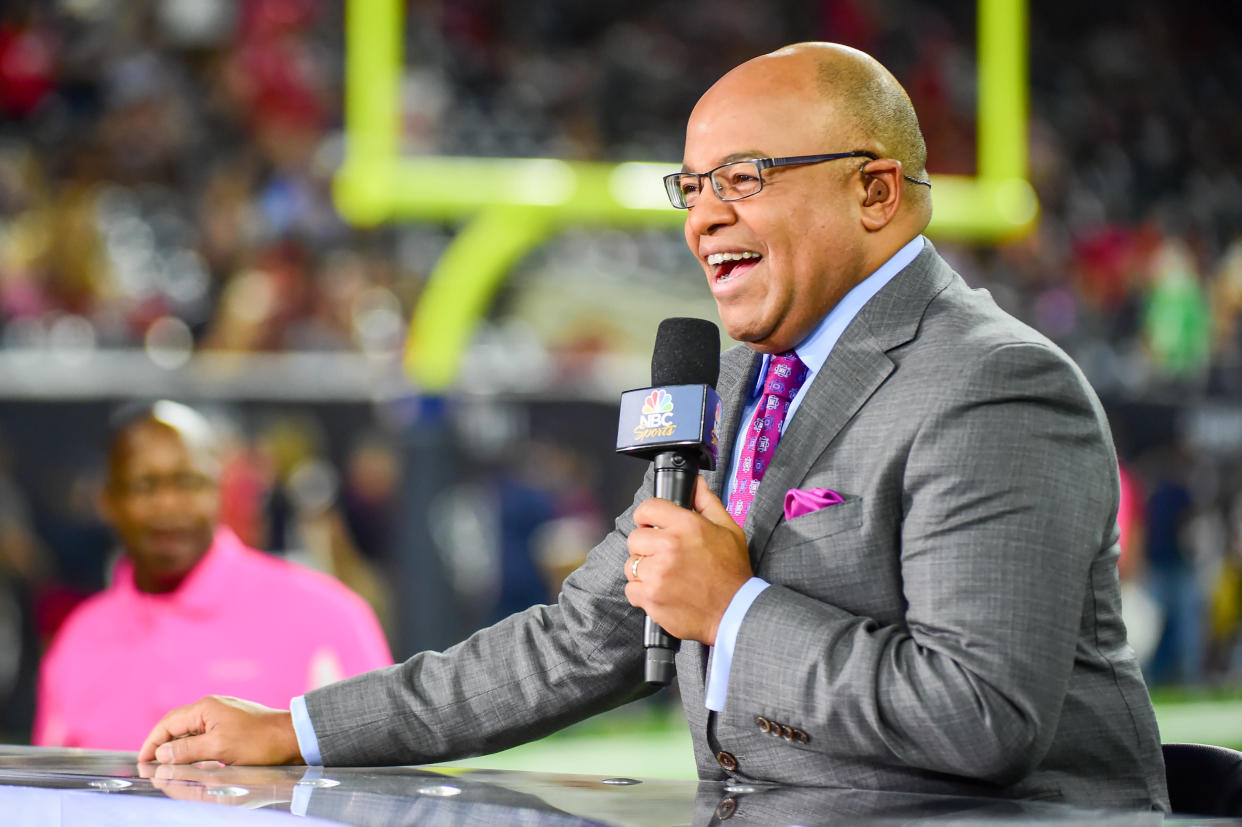