Accountant neighbours take bitter seven-year £100,000 parking war to court as they accuse one another of trespassing onto their car spaces

Two accountants at war over parking spaces outside their two homes have blown £100,000 in a seven-year neighbours’ dispute- and are set for another trial.

Neighbours Ivan Soares, 53, and Manish Kothari, 41, have been locked in a bitter feud over parking in their west London cul-de-sac since 2015.

The neighbours’ row revolves around three car parking spaces outside their houses in Harefield, two owned by Mr and Mrs Soares and a third in between them owned by the Kotharis.

Mr Kothari and his brother and sister-in-law Sandip and Bindu Kothari accuse their neighbour and his wife Sunita of ‘selfish parking,’ claiming they deliberately left their vehicles only a matter of inches away from theirs making it hard for them to even open their car door.

Mr and Mrs Soares meanwhile accuse their neighbours of trespassing on their own parking space, with tensions running so high during the row that police have been involved. 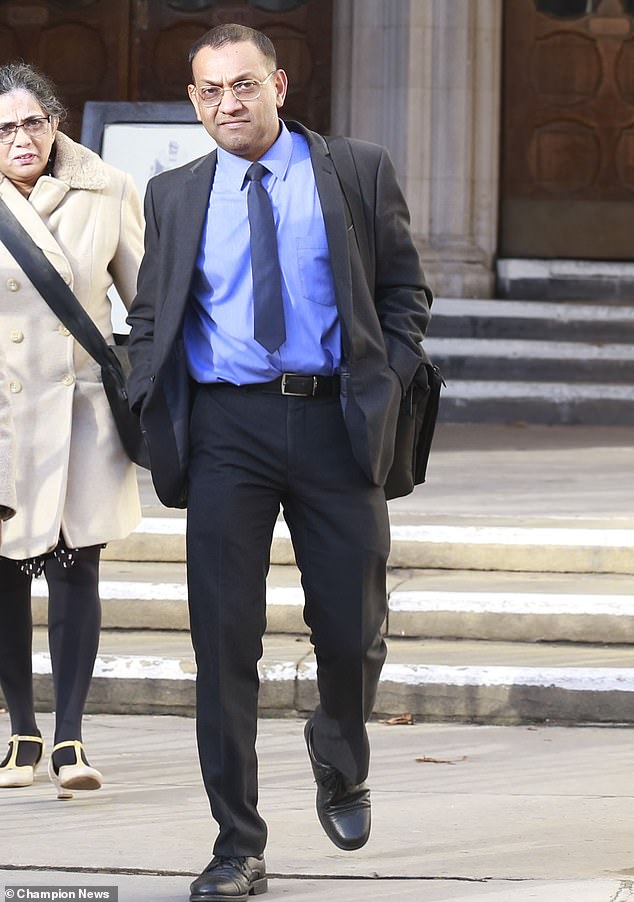 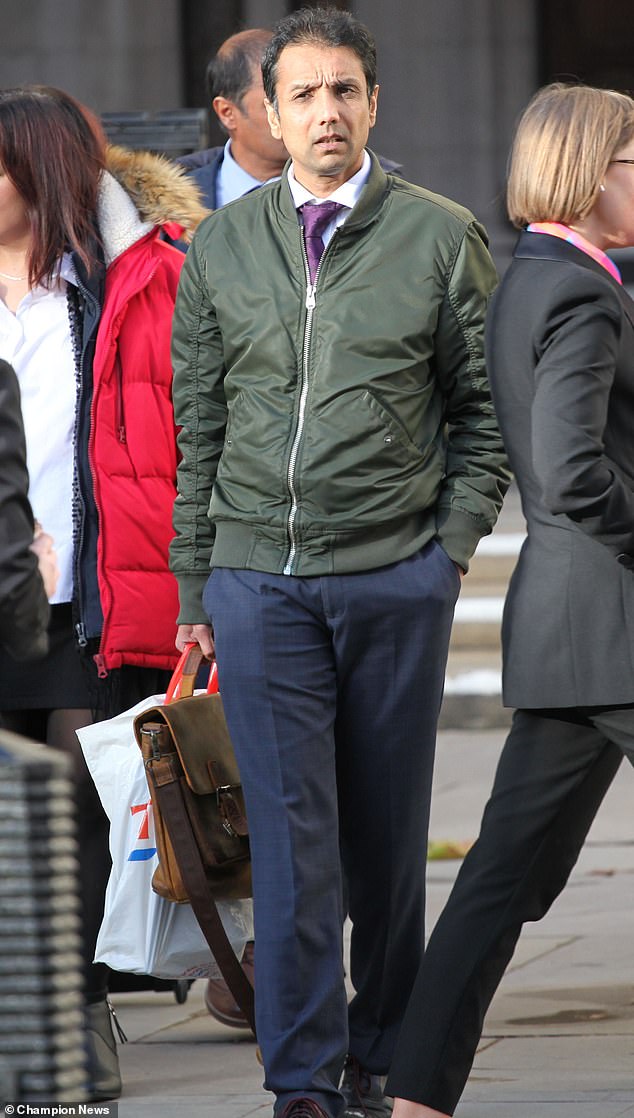 Manish Kothari, 41, is countersuing for an injunction to prevent Mr and Mrs Soares blocking the shared driveway

The fight has already hit court once and run up £100,000 in lawyers’ bills – but is now set for another three-day trial, despite Judge Simon Monty urging the neighbours to settle their differences without wasting any more money.

Historically, Mr and Mrs Soares had allowed a ‘swap’ arrangement, whereby they parked their vehicles in the two adjacent spaces on the left, closest to their house, with the Kotharis using the space on the right.

The couple said that was a ‘sensible’ thing to do as it allowed them to park their cars together in front of their house, with their neighbours parking closest to their own house and garage.

But the neighbours fell out over the parking arrangements – after allegations of inconsiderate parking – and, in September 2018, Mr and Mrs Soares ‘revoked’ the swap agreement, their lawyers told Judge Monty.

They are now claiming compensation for the Kotharis having ‘trespassed’ on their land by continuing to park in the disputed space for nearly two years after the deal came to an end.

However, the Kotharis are countersuing for an injunction to prevent Mr and Mrs Soares blocking the shared driveway or doing anything to deliberately make parking their car difficult. 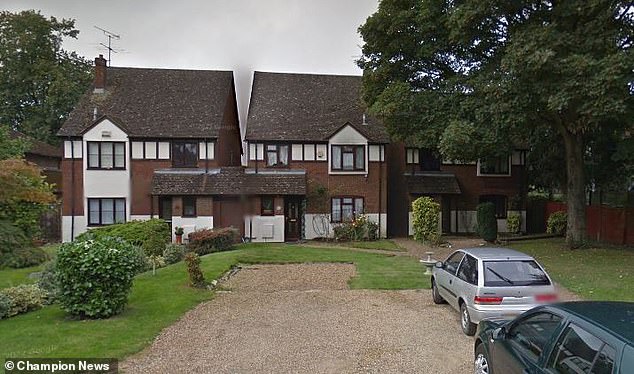 In documents filed at the court, the Kotharis complain that their neighbours have made it impossible for them to use their parking space in the middle of the three.

‘The claimants have caused deliberate nuisance to the defendants by parking few inches away from defendant’s vehicle, making it extremely difficult to enter [and] exit (the) vehicle,’ they say.

‘The nuisance had got so intolerable the defendants ceased to park in their one and only parking bay on 23rd July 2022.

‘The defendants (the Kotharis) are seeking damages as the court sees fit on this point, as this deliberate nuisance has gone on for many years.’

For Mr and Mrs Soares, barrister Maxwell Myers said the Kotharis had initially disputed whether their neighbours owned the space on the right, closest to the Kotharis’ house, described by lawyers as the ‘new space’ as it was added after the houses were built.

However, Mr and Mrs Soares claimed it was included in the deeds when they bought the house in 2006 and ultimately a judge last year awarded title to, and possession of, the space to them, ruling that they had also validly revoked the swap agreement, he said.

He said the couple are now seeking thousands in damages for the Kotharis’ use of the space between September 2018 and August 2020, as well as a permanent injunction barring their use of the space.

‘Mr and Mrs Soares allege that the defendants, in trespass, continued parking in the new space and also – in breach of covenant and nuisance – blocked the drive by parking cars in front of the spaces,’ he told the judge.

They are also seeking the court’s guidance about how the three parking spaces around the gravel drive can be clearly marked off to prevent future trouble. The current arrangements were ‘untenable,’ he said.

But Manish Kothari, who presented his own case in court, claimed he and his family have themselves been the victims of blocked access and ‘trespassing onto our official parking space’.

He claimed that the way Mr and Mrs Soares had parked sometimes left his car boxed in, as they have encroached onto the Kotharis’ official parking spot.

The Kotharis are counter-suing their neighbours, seeking a court order barring them from trespassing onto the Kotharis’ space and from ‘parking in such a way as to cause deliberate nuisance and stress’.

‘We have tried to engage, we have been very civil, but we can’t even access our car,’ he told Judge Monty.

‘We can’t park our car in our parking space and have not been able to do so since July.’

But for the neighbours, Mr Myers denied that Mr and Mrs Soares had ever trespassed onto Kothari parking spaces and so there was no need for an injunction.

He said Mr and Mrs Soares would never have needed to encroach onto the Kotharis’ space as there is enough room for all three cars to be parked at the same time.

Judge Monty noted how the police had at one point become involved in the neighbours’ spat, adding: ‘feelings are obviously running very high’.

‘If the parties want to spend £50,000 arguing about a few feet of parking, they can do so I suppose, but it seems to me they are arguing about very little at a great risk to themselves in terms of costs,’ he commented, before being told by Mr Myers: ‘It’s double that’.

Due to a lack of court time, Judge Monty adjourned the latest trial until next year when the issues over trespass, the claimed injunctions and who will foot the £100,000 bill for the row will be decided.