New Government energy bills campaign says tips will save you £230

Turn your boiler down to 60C, use draught excluders and turn gadgets off at the wall: New Government energy bills campaign says tips will save you £230 a year (even if it does include cringe-inducing video of Grant Shapps and his Elf on a Shelf)

New government guidance has said households could save up to £230 a year this winter if they follow a few simple tips, shown in a cringe-inducing video of Grant Shapps and an Elf on the Shelf.

People are also advised to tweak their boiler temperatures and switch devices off at the wall, as part of a new multimillion pound public information campaign featuring tips on ‘simple, low or no-cost actions’ to bring about ‘big savings’.

The Government launched the It All Adds Up initiative on Saturday, to raise awareness of ‘straightforward’ measures people can take to cut their bills over the colder months.

These include reducing boiler flow temperatures from 75C to 60C and turning off appliances at the plug, which ministers say could save about £170 combined each year. 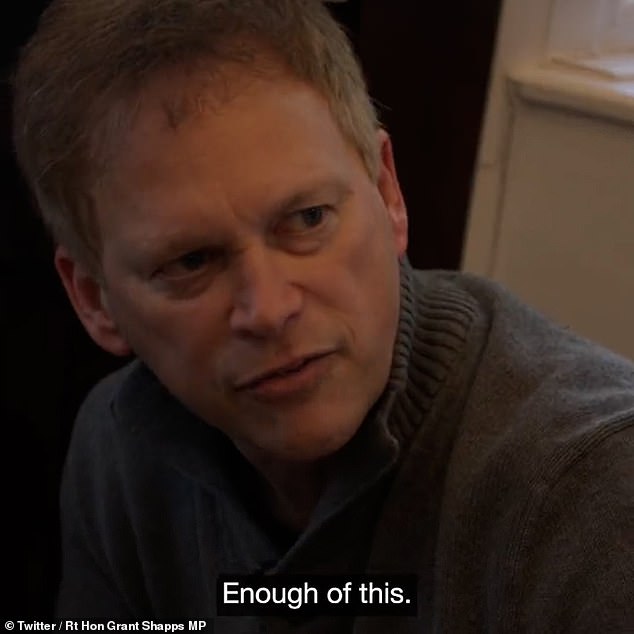 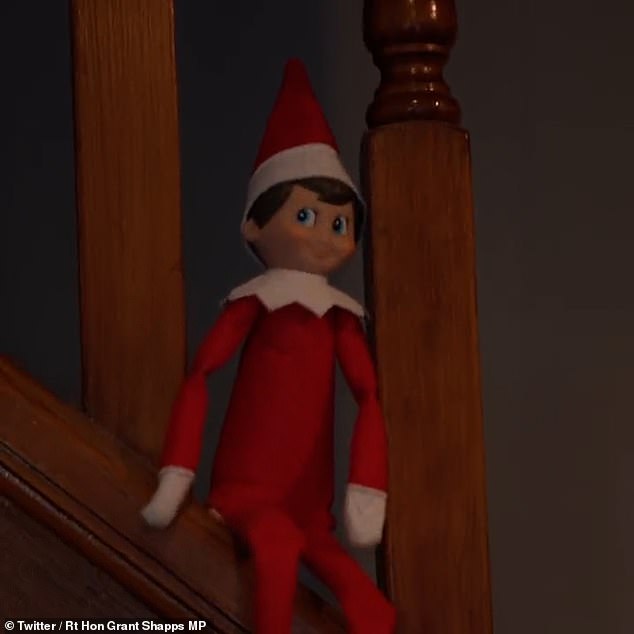 Households are also being urged to cut heating loss by putting draught excluders around doors or adding clear film across windows, with the potential to save a further £60 annually.

The £18 million initiative will feature adverts across a number of platforms, with a television broadcast due to be rolled out in the coming weeks.

It represents a break from the position of the previous administration, when an attempt to introduce a similar public information campaign was blocked over concerns the energy saving measures were too ‘nanny state’.

Business Secretary Grant Shapps said it would be hard for him to ‘second guess other people’s motivations’ when asked why the move was frozen out during Liz Truss’s tenure.

‘All I can tell you is I think it’s a good idea,’ he told BBC Breakfast.

‘She did, and the Government has, put its hand in the pocket and paid for all of this energy support, which is, as I say, an enormous package. This is something we can do on top.’

He said he was not ‘involved at the time’ the past attempt was quashed, calling the new campaign ‘common sense’.

‘I wasn’t responsible for it then, so it’s difficult for me to say,’ he told BBC Radio 4’s Today programme.

Grant Shapps’ guide on how to save energy this winter

Switch off appliances at the wall

‘I think it is, though, smart to tell people about things which they may not know about.’

Mr Shapps shared a light-hearted video on Saturday to promote the new initiative, in which he is seen attempting to cut his own energy usage.

However his efforts are scuppered by a badly behaved ‘Elf on the Shelf’, inspired by the popular children’s Christmas tradition.

He tweeted: ‘I’m doing my best to lower my energy bills while still keeping warm. Unfortunately, my Elf on the Shelf has other ideas…’

Launching the campaign, Mr Shapps said: ‘No-one is immune to rising energy bills this winter, so it’s in everyone’s interest to use every trick in the book to use less energy while keeping homes warm and staying safe.

‘For very little or no cost, you can save pounds. It all adds up, so I urge people to take note of the advice in this new campaign and follow the easy steps to cut your fuel bills.’

The Government said the ‘simple measures’ could offer ‘significant financial savings’ without compromising on comfort or putting people’s health at risk.

It is also offering advice on other things that can be done to improve the energy efficiency of homes.