A MAN who was redecorating his newly bought home was stunned when he found a secret 120-year-old tunnel underneath his property.

Jake Brown, from Plymouth, Devon, noticed one wall had different textures and decided to inspect further. 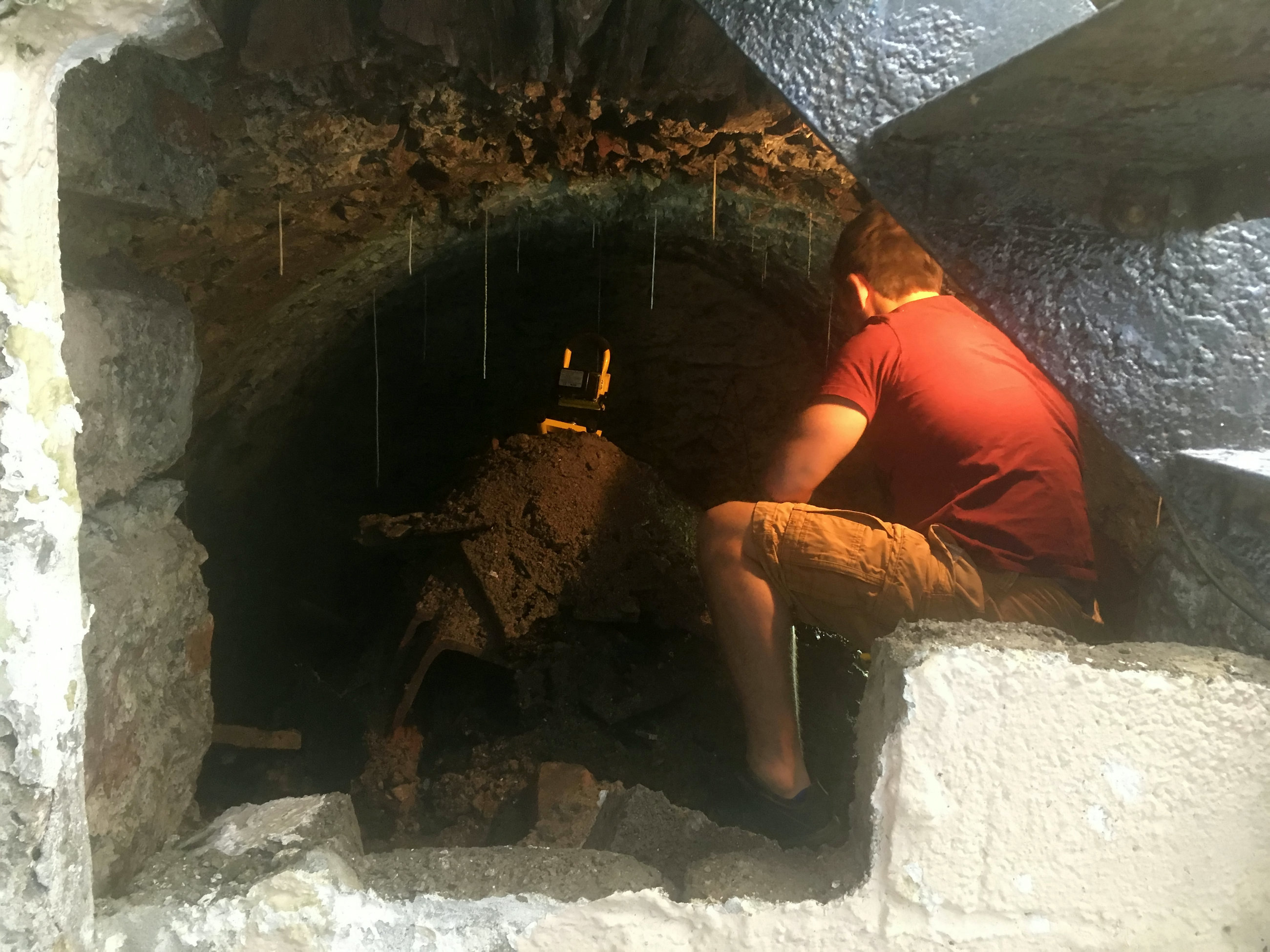 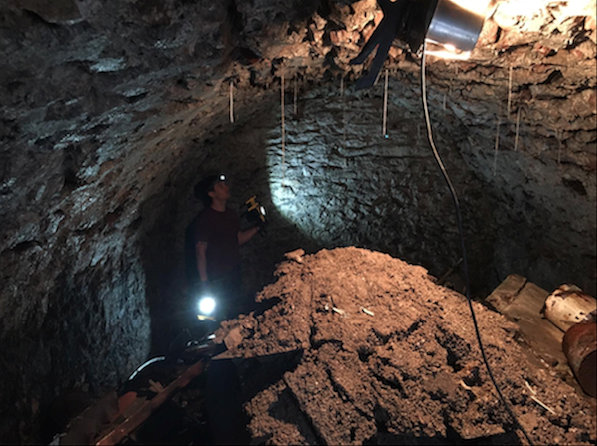 He drilled a hole in the wall big enough to get his head through it to check the area.

When he took a look, Jake discovered there was a huge cellar underneath his home, so he opened the wall to investigate.

Inside the tunnel he discovered items including paint cans, a 50-year-old newspaper as well as bottles from the early 1900s.

Jake said: "I recently moved into a Georgian property in Emma Place.

"While having a lazy coffee standing outside the basement front door of the property I noticed a patch in the wall of a texture different to the rest.

"I also noted that the patch was the same distance from the coal cellar already exposed, currently used for storage.

"Curiosity and a little boredom got the better of me, after which I grabbed a drill and began working pilot viewing holes into the wall.

"Once I had made two holes, one for viewing, one for a torch, I peered through into the dark dusty expanse and realised that it was another cavern of sorts." 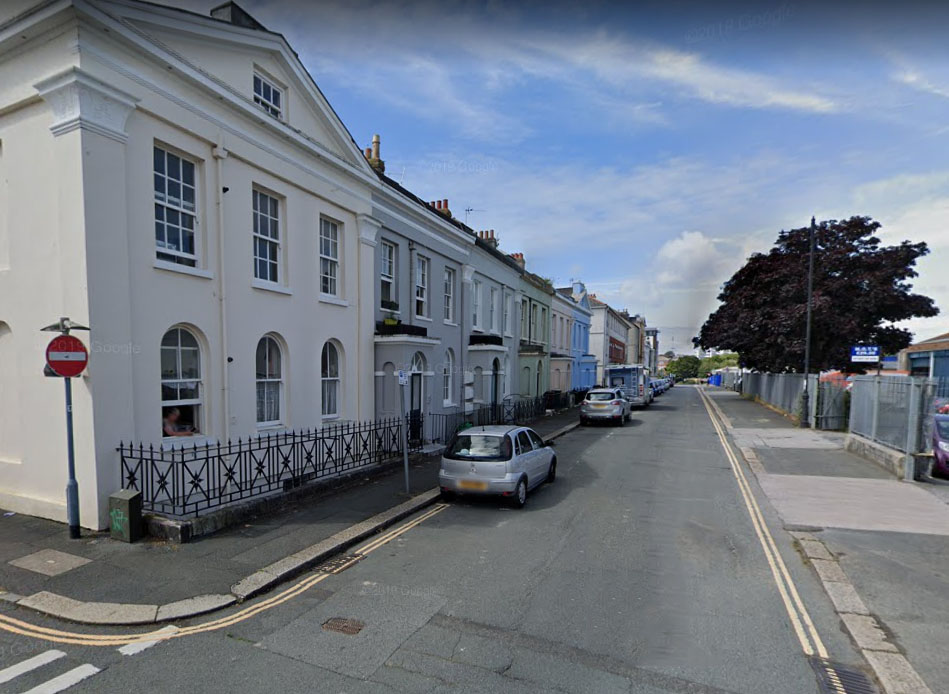 After realising what was beneath his house, Jake opened the wall up so that he could climb down and walk inside.

He added: "I proceeded to hammer out a larger opening through which I could get a better idea of the space, and if I should carry on making mess.

"Upon creating a large enough hole to fit through, I shone a torch into the dark, revealing the larger than expected space before me.

"The cavern had a lot of builders waste from another era, so I climbed inside to explore and take a closer look."

He soon realised the area was bigger than he had expected. 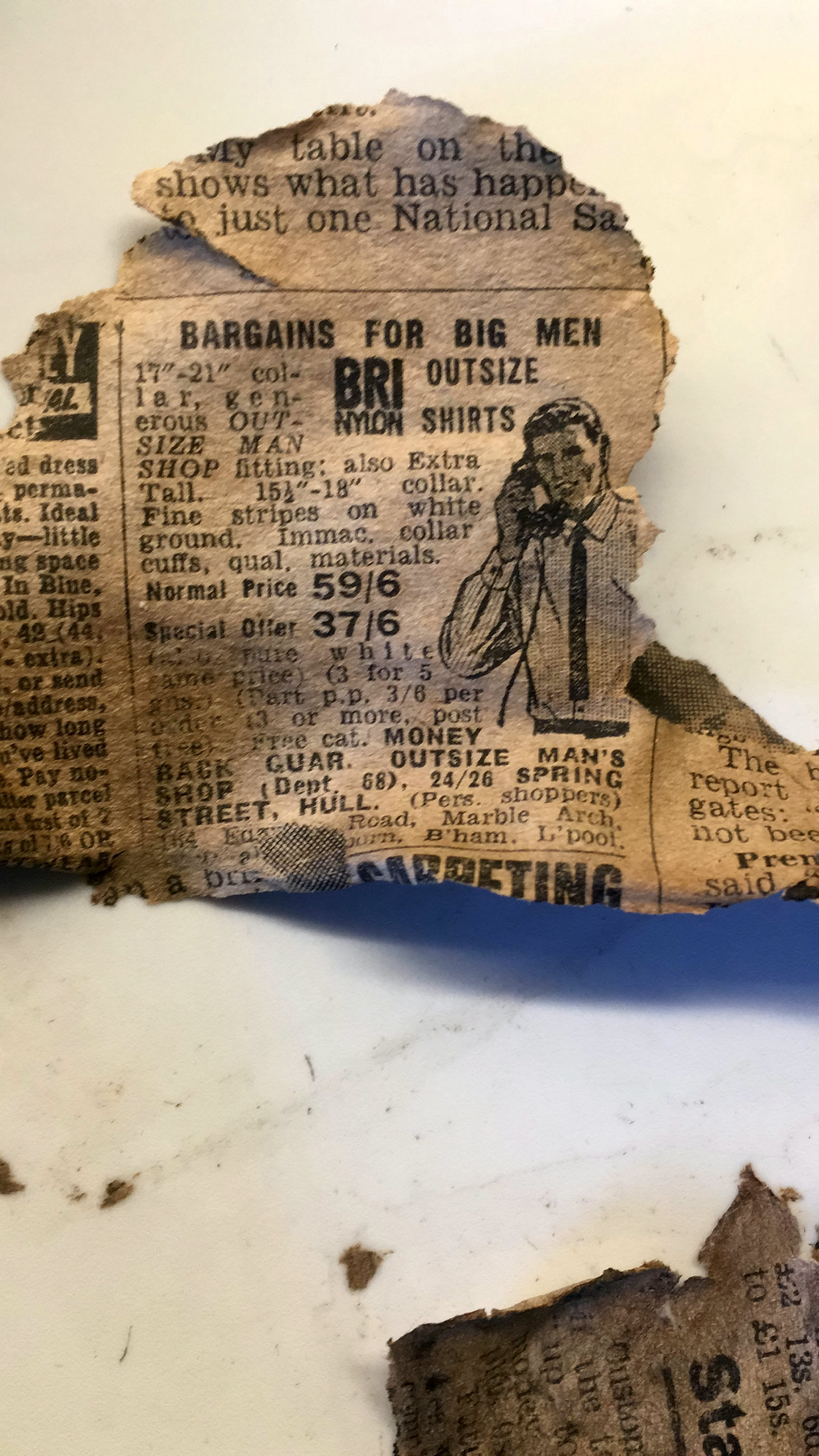 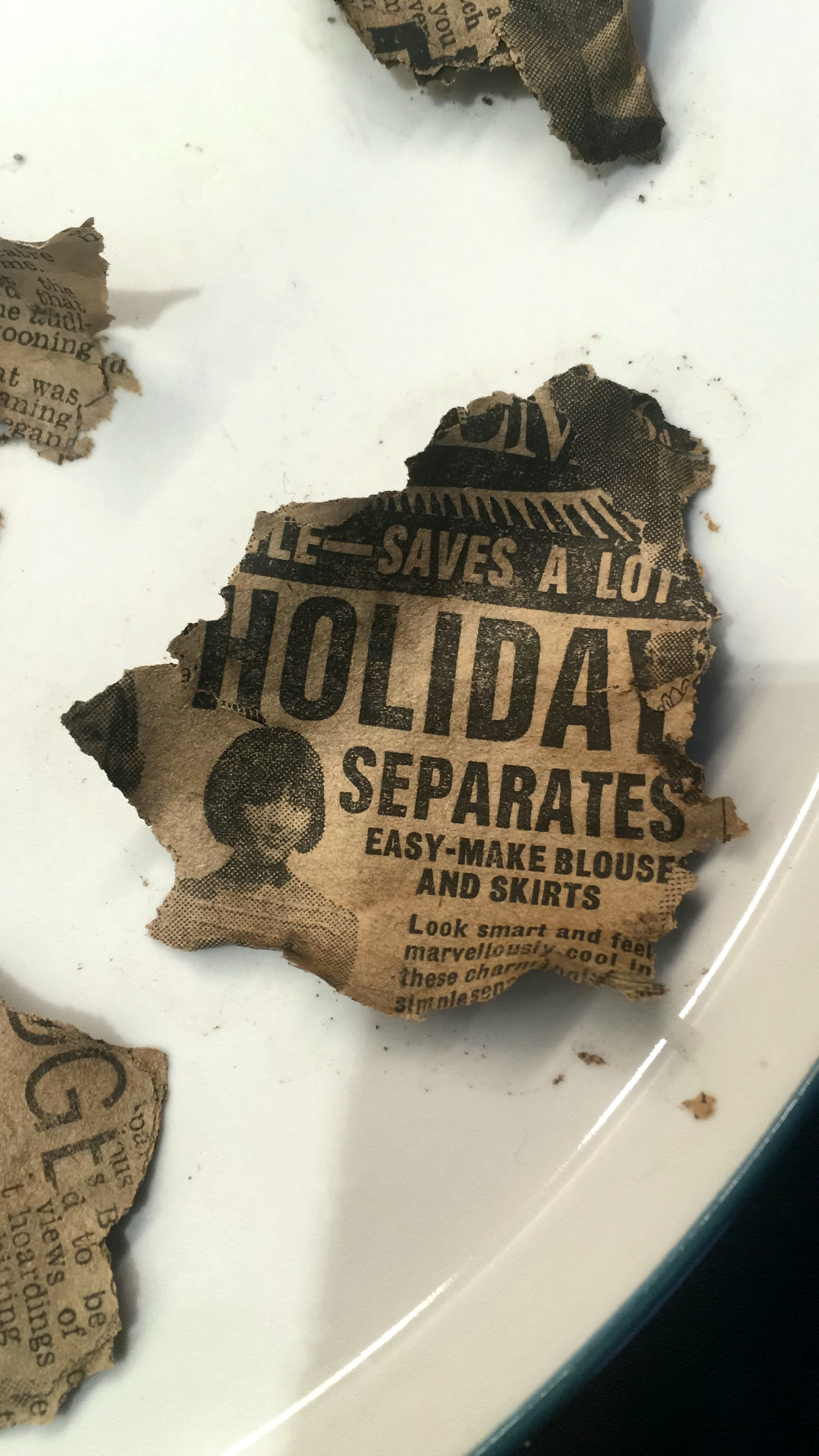 Jake added: "I measured the rough area of the space and observed its structural integrity.

"I was pleased to note that the stone arched ceiling was in great condition and the expanse measured a healthy 5m deep, 3m high, and 3m wide."

In the area, Jake found piles of building waste and other rubbish, so started digging through it all for clues.

He said: "Upon inspection it confirmed that the space had been covered up for many years.

"It had been used as an easy space, to hide the waste from renovating the property's roof, guttering, doors, and windows many years ago before being covered up.

"As I moved deeper into the cavern I began to search for evidence that would tie it to a grouping of years so as I could more accurately determine how long it had been covered up.

"In the dark I collected bottles, paint cans, and my golden find was the remains of a newspaper, though was more comparable to mushy silt."

After preparing the newspaper in a bath filled with water, Jake was finally able to open a few pages in search of a date. 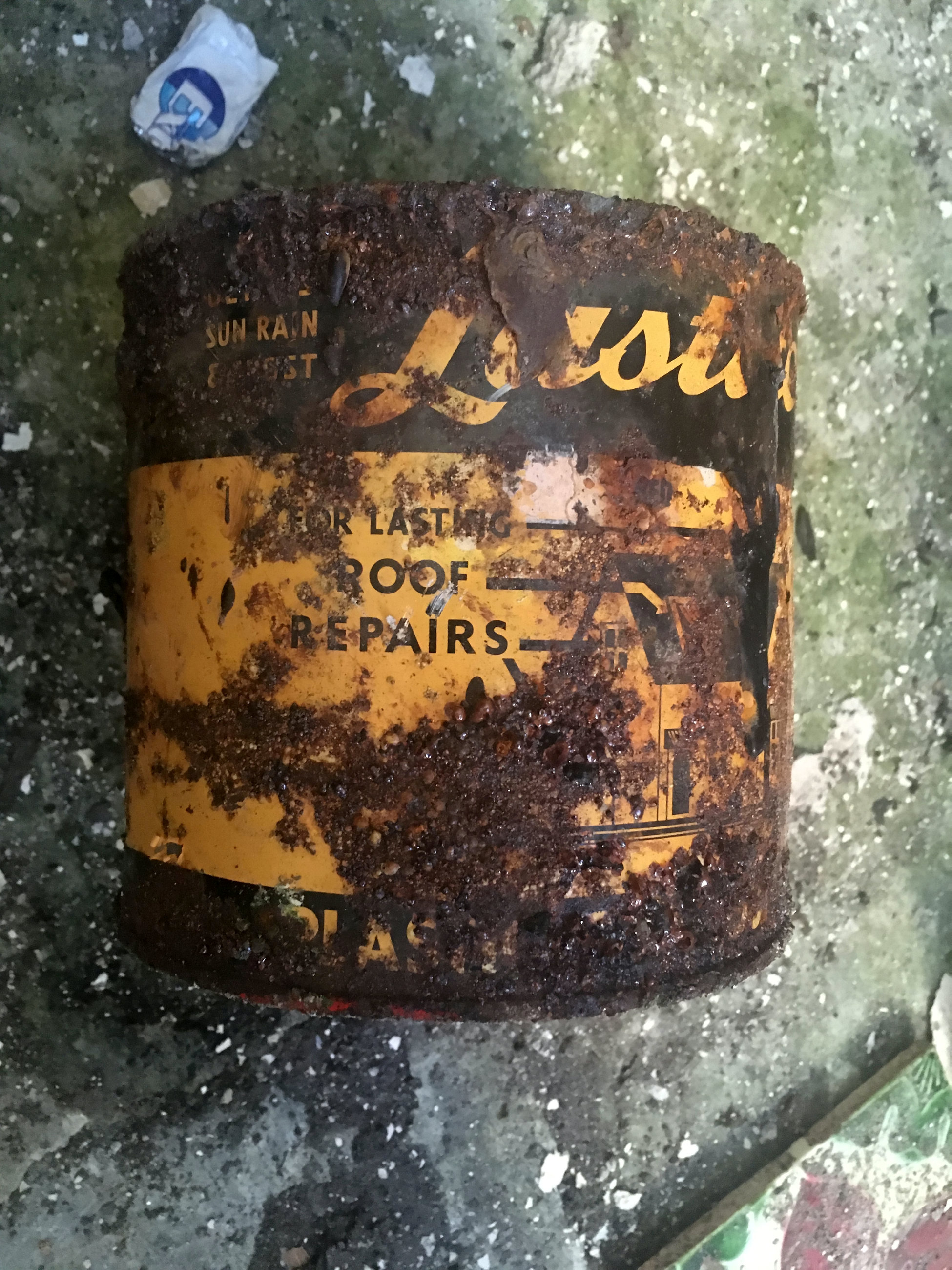 He added: "I laid the items I had collected out in the clear light to identify their age.

"The paint cans were extremely degraded but had enough detail to show that the labelling was of a 50s/60s era style.

"The bottles, after a quick wipe, were etched with detailing common also of the early 1900s.

"The biggest reveal was the newspaper, it almost disintegrated upon human touch, so a CSI style method was used to carefully peel back the congealed layers.

"I proceeded to run a warm bath and soaked the congealed brown mess in the solution for a period of time, after which tweezers and vibration were used to slowly work shards of the paper free while submerged.

"After as many fragments of the paper had been recovered as possible, I photographed while still submerged and removed what was salvageable for drying.

"I scanned through the jumbled pieces looking for dates or usable information to determine the era.

"There were little hints; the style of writing, no colour, picture style, currency and then finally a date! 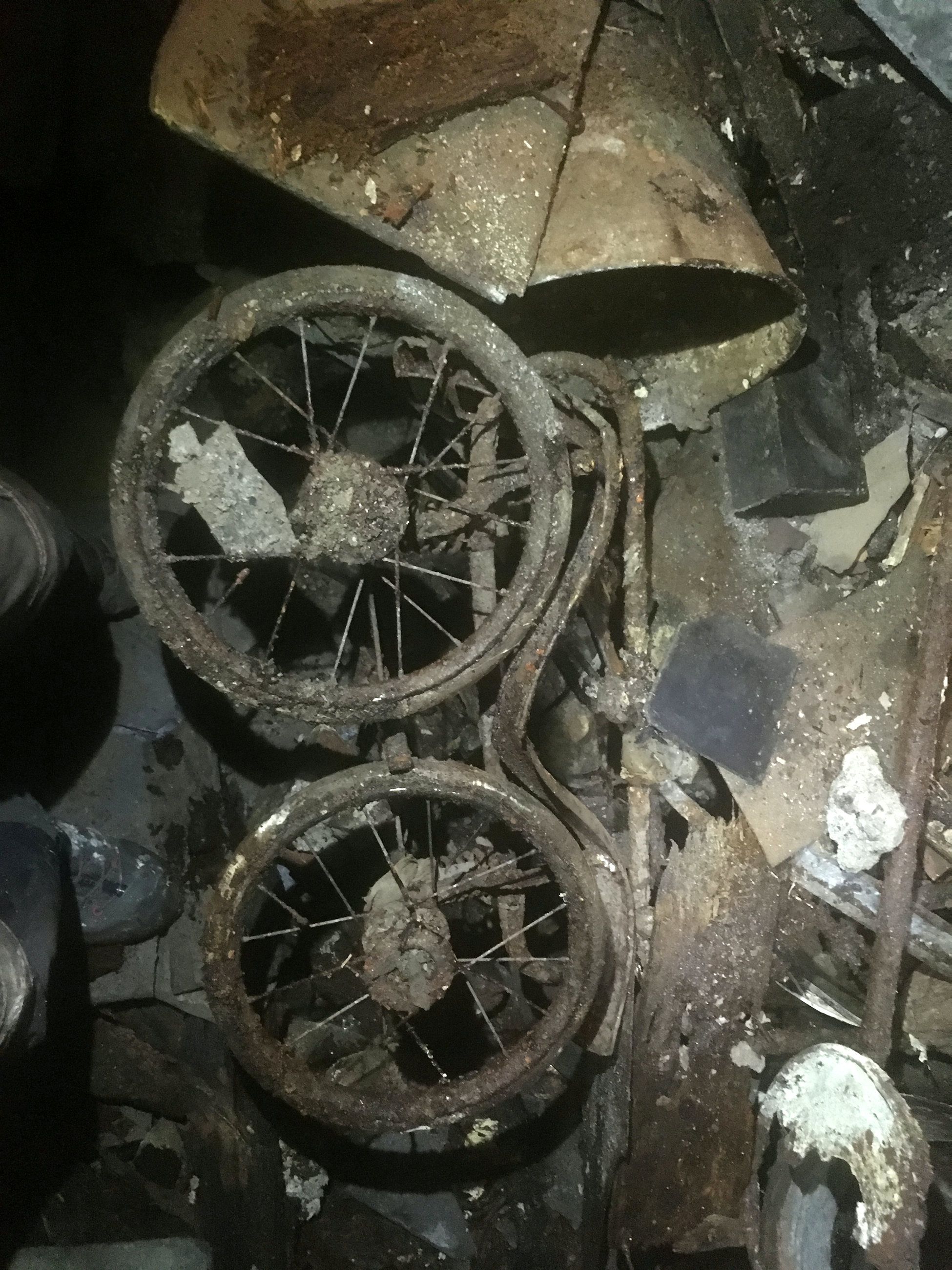 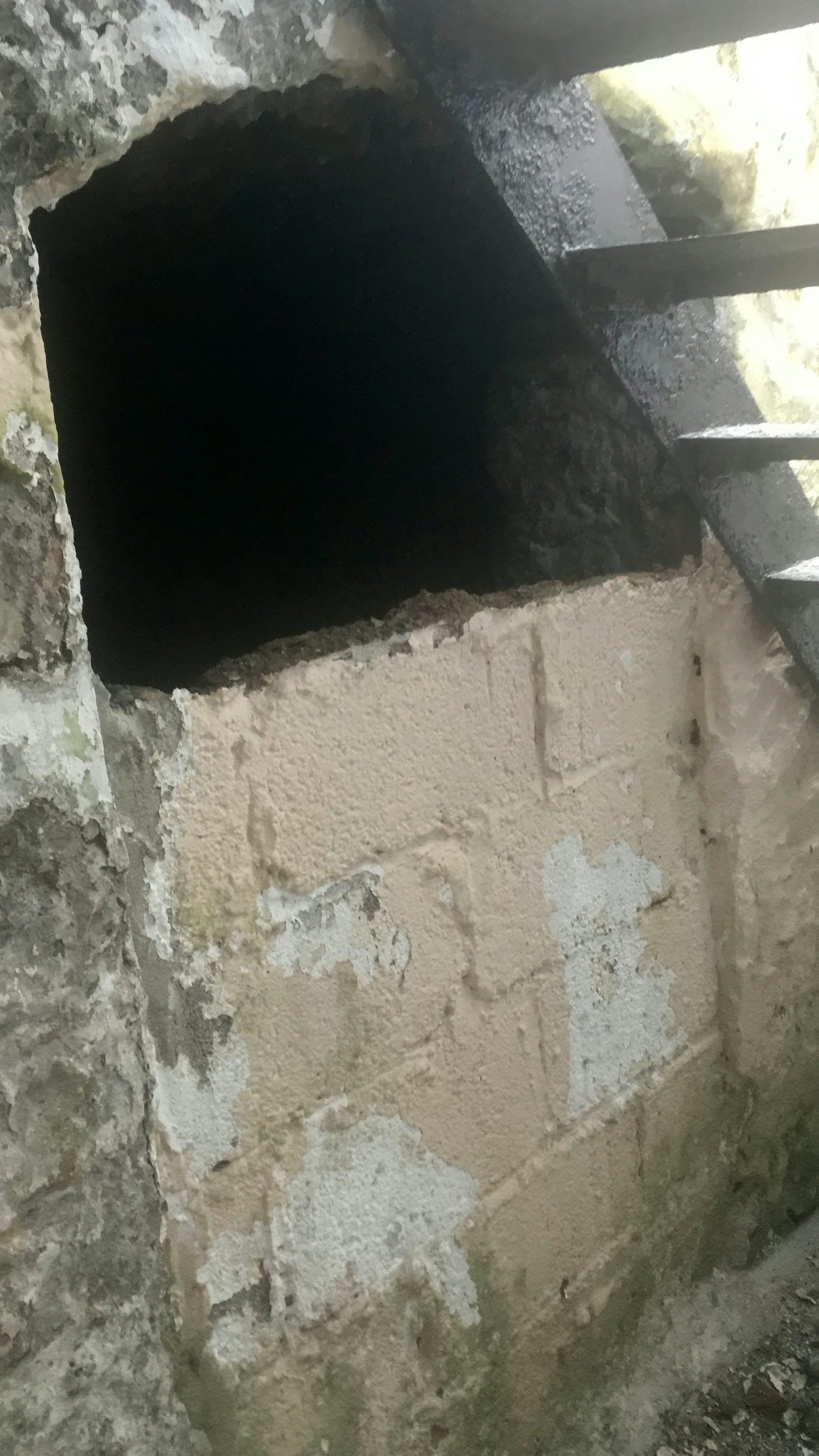 "What was barely readable was the year 1964, this along with the other pieces of evidence fitted, meaning the cellar had been blocked up for over 50 years."

Armed with evidence, Jake contacted a historian friend, Richard Fisher, to ask for his input.

Jake added: "That evening I excitedly reached out to a local historian, Mr. Richard Fisher. I described the findings and asked his guidance."

Richard said: "The whole area before then was a large hill called 'Windridge Hill' for obvious reasons.

"This was quarried away to almost high tide level, then the houses when built into the hole with cellars, undercrofts etc.

"However these early cellars, this one looks to be for coal, were built out not only underneath the pavement but out into the road.

"The load on the roads would have been much lighter than now.

"I have seen these places turned into wine cellars, a place to grow mushrooms, and if big enough, a 'grotto' type bathing area…"