Home » World News » New international student enrollment fell 43% this fall, according to survey of more than 700 US universities, and an expert says a ‘perfect storm of issues’ is to blame

New international student enrollment fell 43% this fall, according to survey of more than 700 US universities, and an expert says a ‘perfect storm of issues’ is to blame 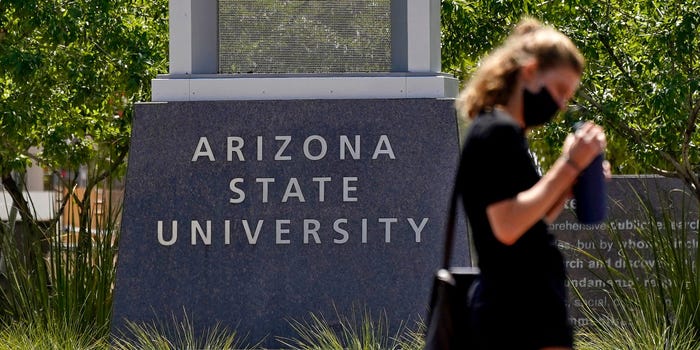 New international student enrollment at US universities online or in person have decreased by 43% this year, according to a survey of more than 700 schools, and one college admissions expert says it could be "devastating" to some schools.

The number of new international students enrolling in US universities has been declining steadily for several years thanks to stricter immigration laws and student visa limitations, but the novel coronavirus pandemic is partially to blame for the recent decline.

Issues like immigration restrictions, economic shifts, and the pandemic have created a "perfect storm of issues" for enrollment.

Melanie Gottlieb, deputy director at the American Association of Collegiate Registrars and Admissions Officers, called the reasons causing an enrollment decline a "perfect storm of issues."

She said an increase in market competition among international schools, economic shifts that impacted monetary exchange rates, and the pandemic are all factors that play into international enrollment declining.

"If the global issues I mentioned aren't enough, we are projecting some major deterrents as well: The highly polarized political climate and the social unrest over the past several years and the major global media attention that it has garnered; the anti-immigration stance of the current administration; our lack of a national coherent response to the global pandemic," Gottlieb told Insider via email.

About 90% of the schools surveyed by IIE said international students — nearly 40,000 of them total — deferred enrollment to a future term.

Gottlieb said the decline in international enrollment could be "devastating" financially for some schools, especially where international students take up a large population of the student body.

American Council on Education estimated in September that the decline in enrollment this year could cause a $25 billion revenue loss for education institutions across the US.

"We are in the midst of a demographic shift that has overall enrollments declining," Gottlieb said. "For some institutions, a drop in revenue from international students will be devastating at a time that institutions can ill afford it."

The pandemic has also been devastating financially to students themselves — emergency student funds provided by universities fell by 41% between May and October, IIE found.

There's no data immediately available on how COVID-19 has impacted international enrollment at Canadian universities, but Gottlieb told Insider that the country has been attracting more students in recent years, and said Australia and New Zealand are also working "to gain some market share."

Gottlieb told Insider that US institutions can still rebuild their international enrollment, but it could take time.

"The fact is that US institutions still offer some of the world's best education, but I think we have to work harder now to overcome the challenges that have been created by the political situation and the pandemic," she said.

Madison Hall contributed to this article.