NHS Trust is slammed for Tweet celebrating gift of 1,500 doughnuts

‘Absolutely disgraceful’: NHS Trust is slammed for Tweet celebrating gift of 1,500 Krispy Kreme doughnuts for staff as other medics say obesity is major risk for coronavirus

An NHS Trust has been criticised for a tweet celebrating a gift of 1,500 Krispy Kreme doughnuts for staff.

A picture of the gesture was put on social media by the Royal Free London NHS Foundation Trust – who run services and hospitals throughout the capital.

The tweet said: ‘You guys at @krispykremeuk Enfield sure know how to put a smile on our staff’s faces! 1,500 doughnuts delivered to our staff at Barnet Hospital #glazeamaze’.

But it sparked a row on social media as some medical professionals said advertising ‘junk food’ on the NHS was a mistake, while other people praised Krispy Kreme for their kind gesture. 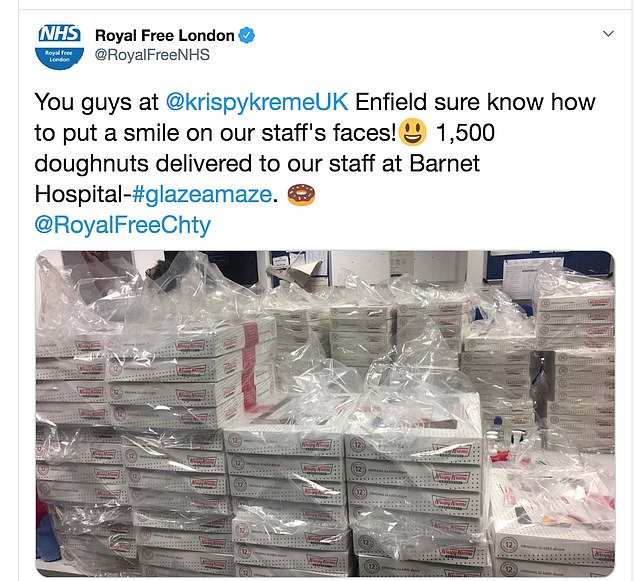 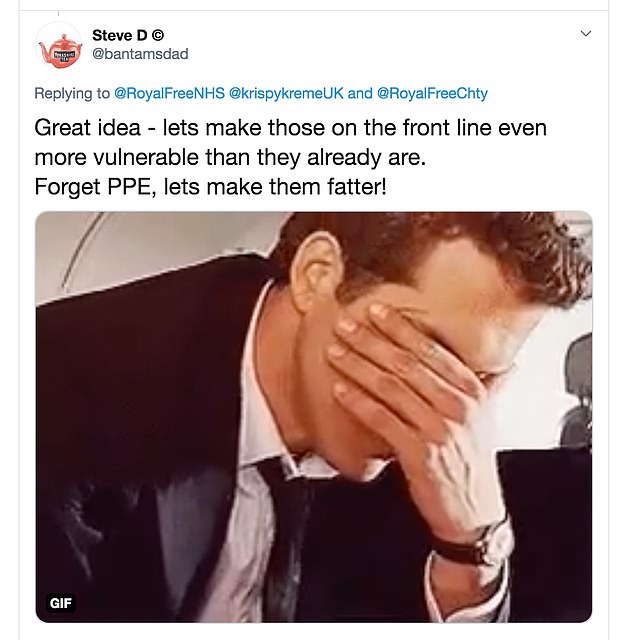 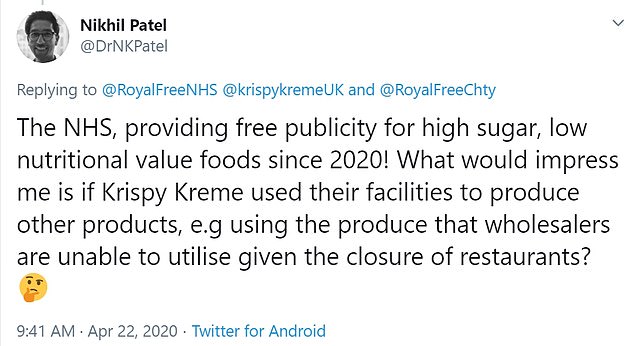 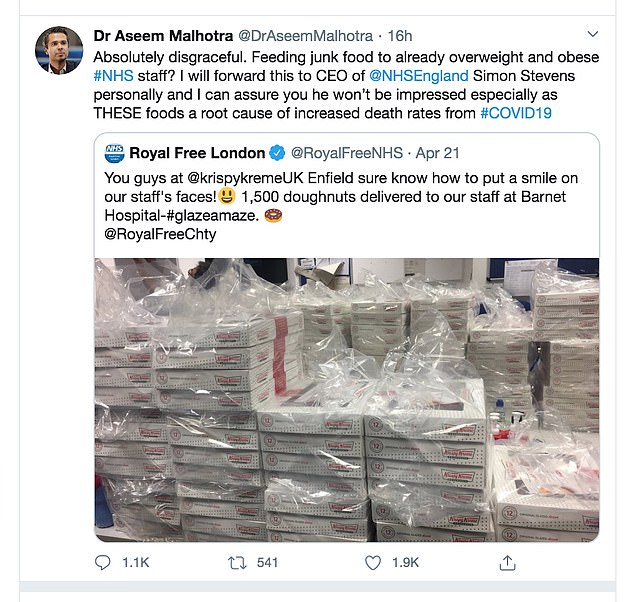 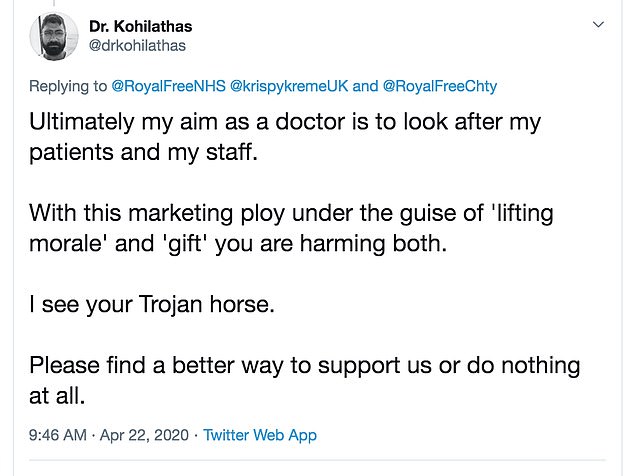 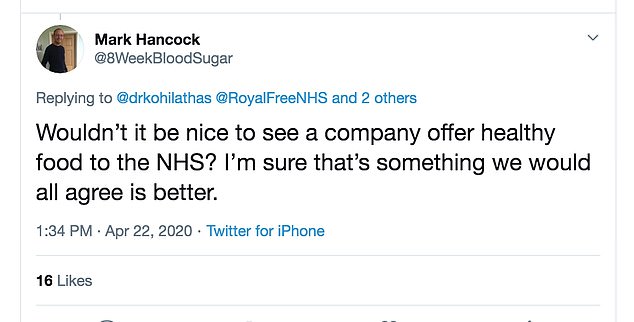 ‘I will forward this to the CEO of @NHSEngland Simon Stevens personally and I can assure you he won’t be impressed especially as THESE foods a root cause of increased death rates from #COVID19.

Dr Kohilathas, described the gift from the donut and coffee house chain as a ‘marketing ploy.’

He tweeted: ‘Ultimately my aim as a doctor is to look after my patients and my staff.

‘With this marketing ploy under the guise of ‘lifting morale’ and ‘gift’ you are harming both. I see your Trojan horse.

‘Please find a better way to support us or do nothing at all.’ 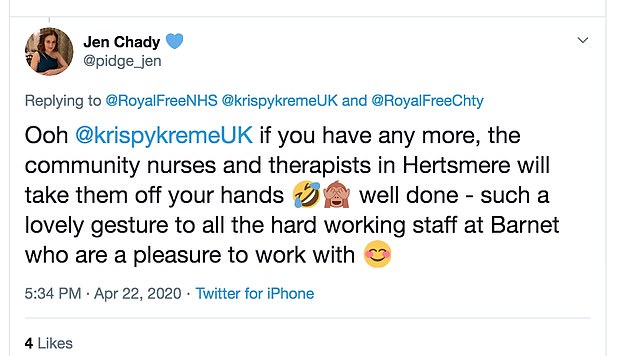 Not everyone was in agreement, and some social media users such as Jen Chady praised the gesture from Krispy Kreme

‘What would impress me is if Krispy Kreme used their facilities to produce other products, e.g. using the produce that wholesalers are unable to utilise given the closure of restaurants.’

Other tweeters backed up the healthcare professionals view, with a user called Matt Hancock (not the Health Secretary) said: ‘Wouldn’t it be nice to see a company offer health food to the NHS?

‘I’m sure that’s something we would all agree is better.

And Steve D said: ‘Great idea – lets make those on the front line even more vulnerable than they already are. Forget PPE, lets make them fatter!’

But not everyone was in agreement. A Twitter user called Ed Pool said: ‘What a lovely gesture, that’ll perk folk up in the middle of their long shift.

And Jen Chady said: ‘Ooh @krispykremeuk if you have any more, the community nurses and therapists in Hertsmere will take them off your hands. Well done – such a lovely gesture to all the hard working staff at Barnet who are a pleasure to work with.’

And a user called Bill and Thomas Dog said staff should ‘just enjoy the doughnuts’.