POLICE chased down a hearse at a Jewish funeral in New York on Thursday days after Mayor Bill de Blasio ordered a crackdown on such gatherings in the Orthodox community.

Video from the scene in Borough Park, Brooklyn shows NYPD officers running after a minivan believed to be carrying the body of a rabbi, according to the Gothamist. 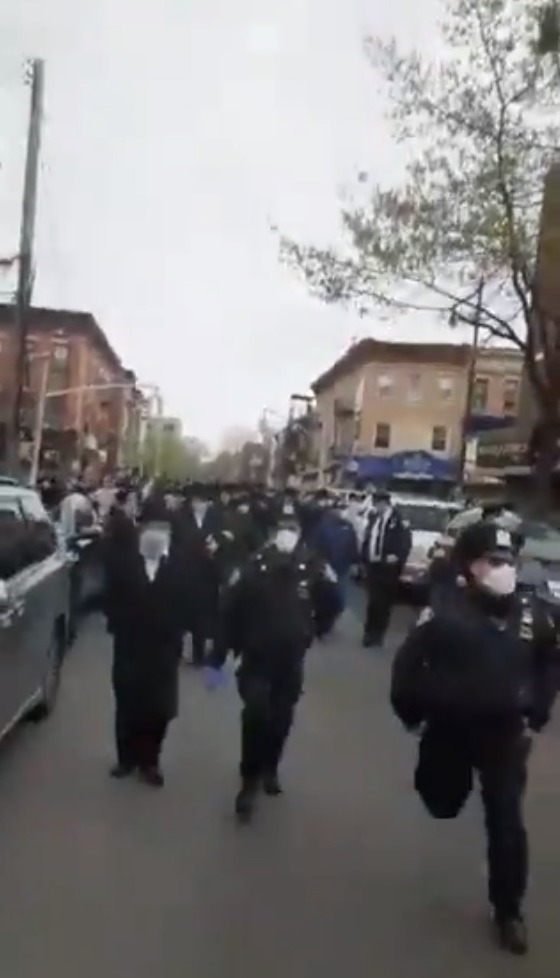 Witnesses told the news outlet they saw police handcuff a young boy; the NYPD confirmed one person was arrested but didn’t elaborate.

On Tuesday, de Blasio tweeted that large gatherings in the Hasidic Jewish community amid the coronavirus outbreak are “absolutely unacceptable.”

“My message to the Jewish community, and all communities, is this simple: the time for warnings has passed,” the mayor tweeted. 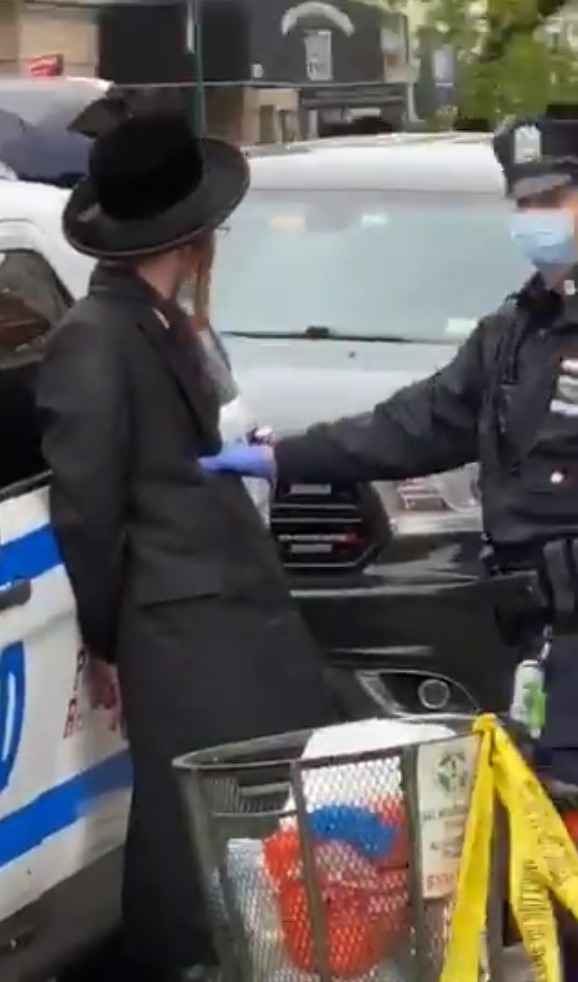 “I have instructed the NYPD to proceed immediately to summons or even arrest those who gather in large groups. This is about stopping this disease and saving lives. Period.”

Albert Chattah, a shop owner in the neighborhood, told the Gothamist: "They target us more than anyone else.”

"It's a funeral, people need to be able to give respect. They have to obey the law, but [police] are aggressive."

Of another large, tightly packed Hasidic Jewish funeral on Tuesday night in Williamsburg, de Blasio said: “When I heard, I went there myself to ensure the crowd was dispersed. And what I saw WILL NOT be tolerated so long as we are fighting the Coronavirus.” 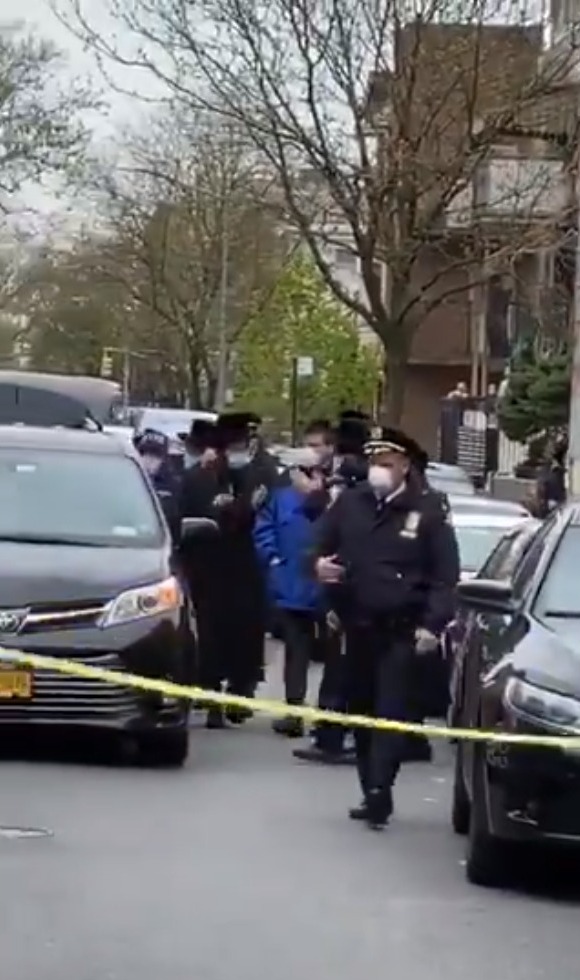 No one was arrested, but the NYPD said that a dozen summonses were issued to those who were not socially distancing and refusing to disperse.

Police Commissioner Dermot Shea said the mourners at the large funerals are not only risking giving the virus to one another, but also exposing police officers who have to respond.

“You are putting my cops’ lives at risk, and it’s unacceptable,” Shea said.

Critics took aim at de Blasio’s tweet about “the Jewish community” for the actions of members of one sect. 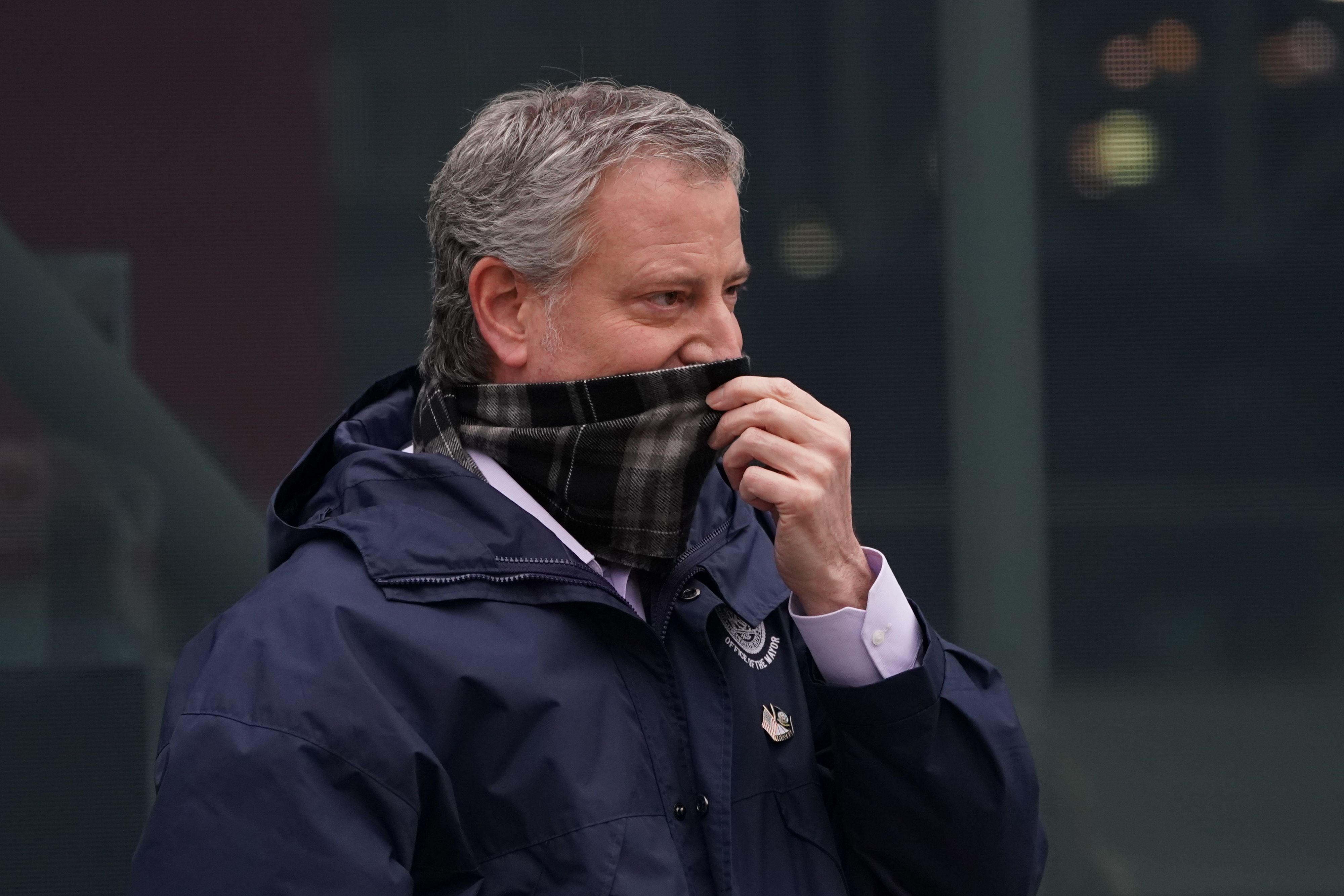 “I agree with the Mayor that social distancing is vitally important — and last night’s gathering was not appropriate,” Lauder said in a statement. 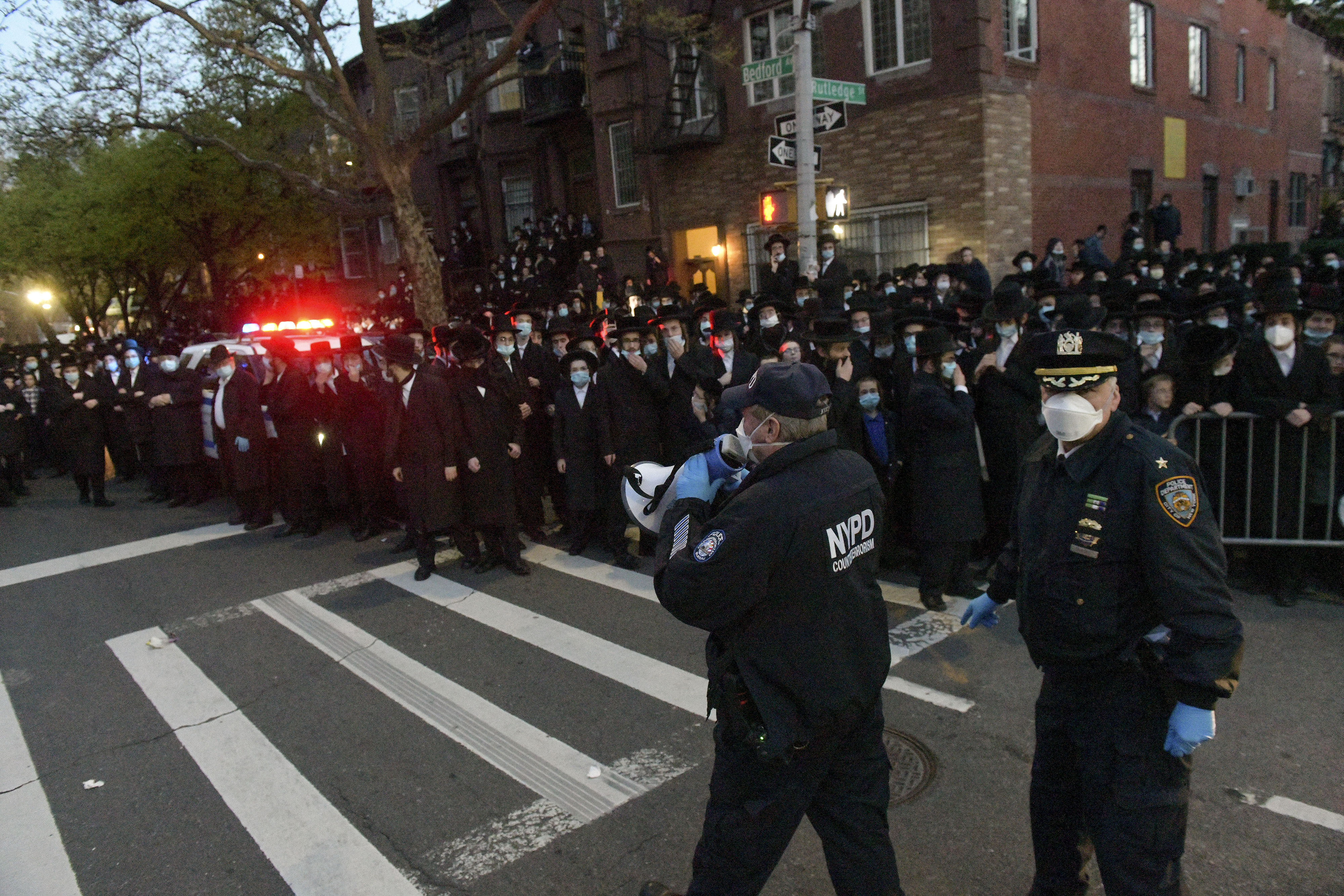 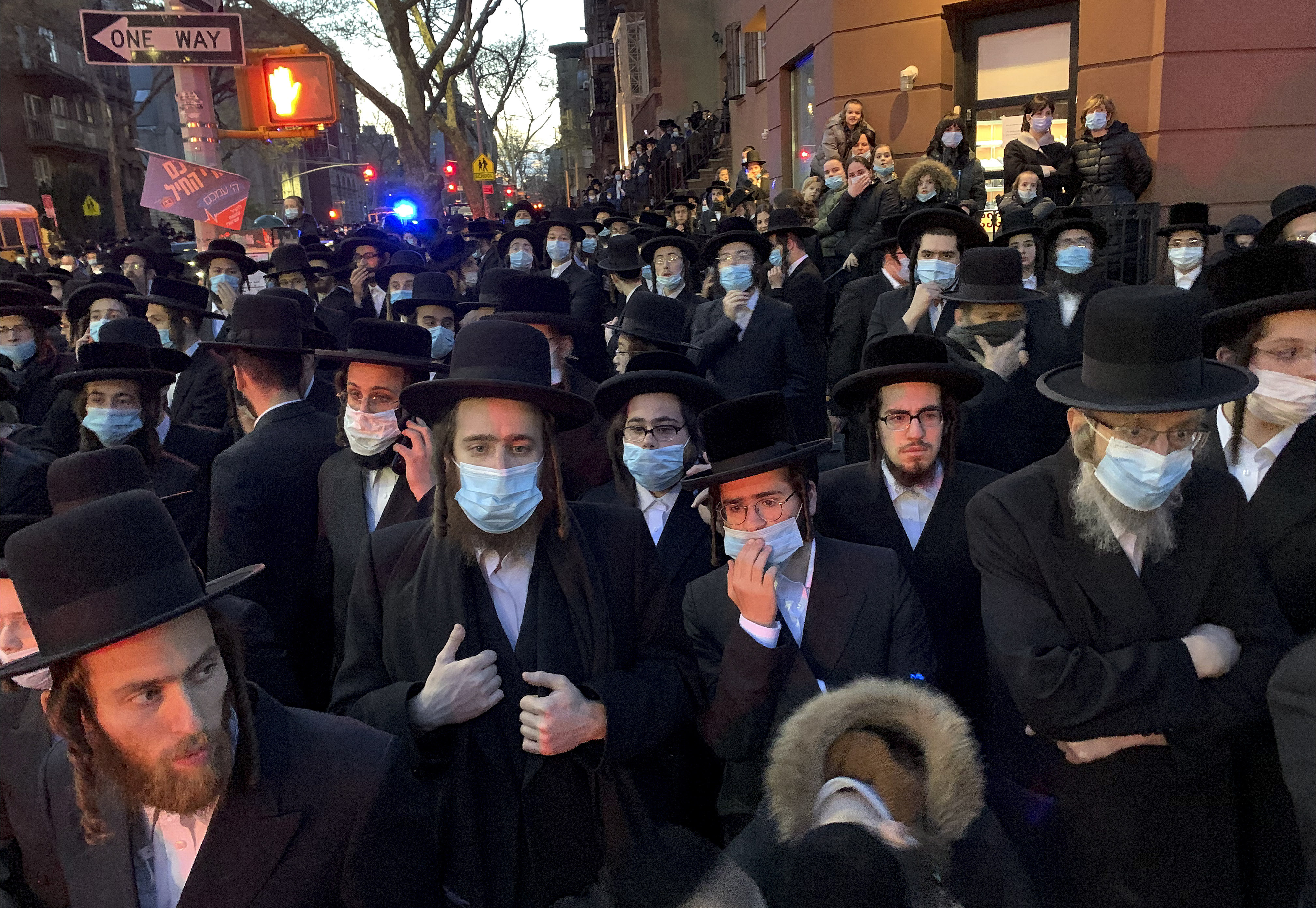 “But to blame the entire Jewish community is the type of stereotyping that is dangerous and unacceptable at any time, and particularly pernicious while the world is gripped in fear and the worst among us are looking for scapegoats.”

Jonathan Greenblatt, CEO of the Anti-Defamation League, tweeted that generalizing about the whole Jewish population of New York City “is outrageous especially when so many are scapegoating Jews.”

Others noted that those who gathered to watch the US Navy’s Blue Angels and the Air Force’s Thunderbirds fly over the city to honor health-care workers didn’t get in trouble.

De Blasio said he was sorry if his words hurt anyone’s feelings but he didn’t regret calling out what he characterized as a dangerous violation of social distancing rules.

“If you saw anger and frustration, you’re right. I spoke out of real distress,” the mayor said.

“It’s not like people gathering in the park. This was thousands of people. What I saw, I have not seen anywhere else.”