Temporary flood barriers are being set up in Lower Manhattan in preparation for a possible storm surge from Tropical Storm Isaias, which is expected to dump several inches of wind-swept rain on the Big Apple, Mayor de Blasio said Monday.

“We are not taking any chances at all,” Hizzoner said. “I want to remind everybody that it is the same approach that has worked time and time again — New Yorkers looking out for each other is crucial in a situation like this.”

Large water-filled, interlocking tubes called Tiger Dams were installed along South Street to help reduce the expected deluge. The tubes were filled with water from a hydrant.

They form a barrier to protect property before storms hit, according to Flood Control Corp., which developed the system. Each tube weighs 65 pounds dry and 6,300 when filled with water, according to the company.

This project spans nearly a mile from Wall Street to Catherine Slip and South Street to Water Street.

Though de Blasio noted that the impact “appears to be limited in terms of New York City,” he warned that “we have been surprised before by storms. We’ve been surprised by the way they can change at the last minute.”

He said “we’re in a very vigilant state right now. We are not taking any chances at all and for everyone who lived through Hurricane Sandy, you will remember we got a lot more than we bargained for.”

De Blasio pointed out that Lower Manhattan “is particularly vulnerable in this situation based on what we’ve heard from the National Weather Service.” 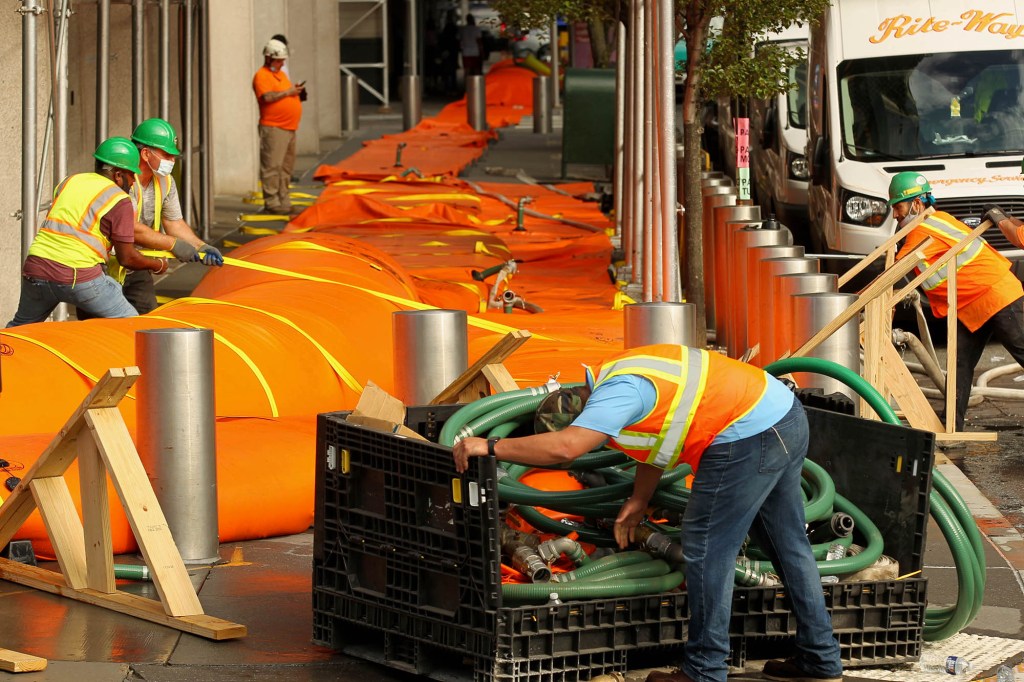 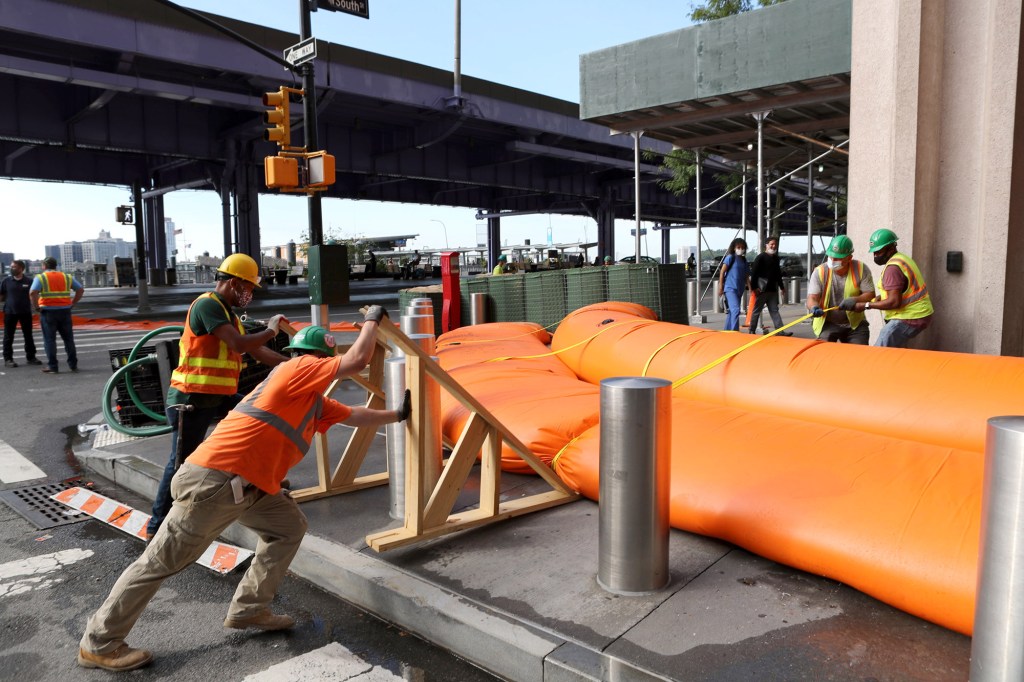 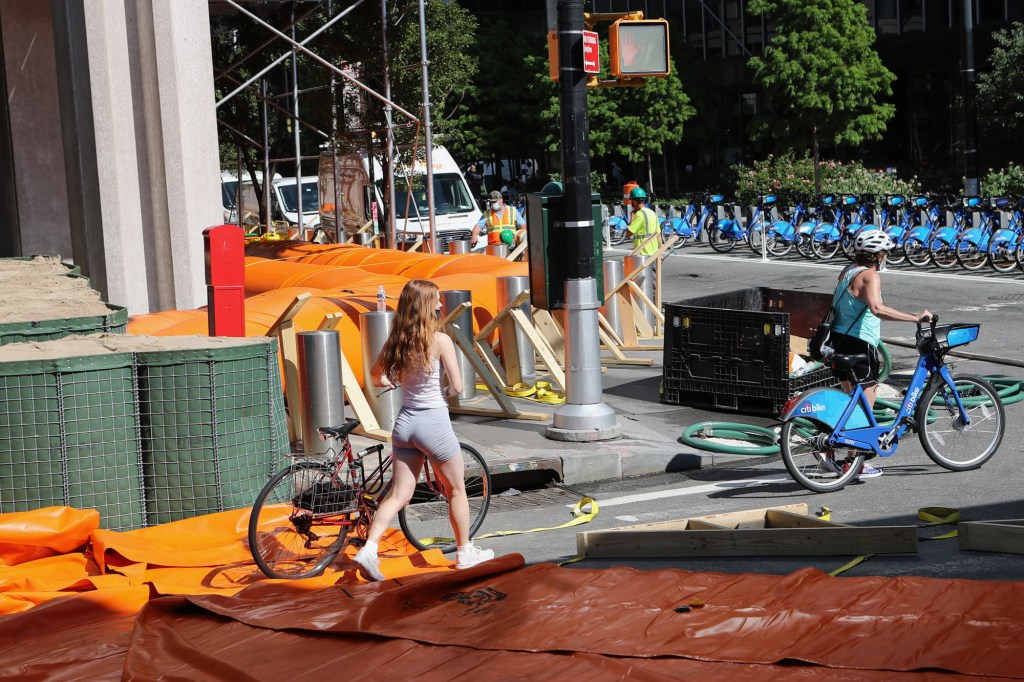 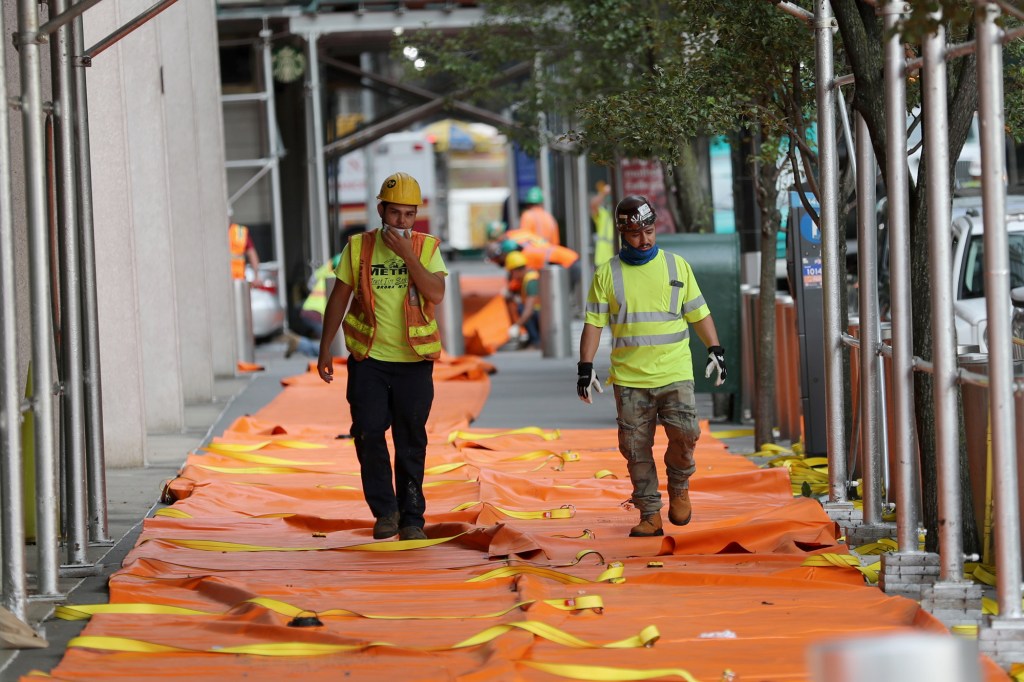 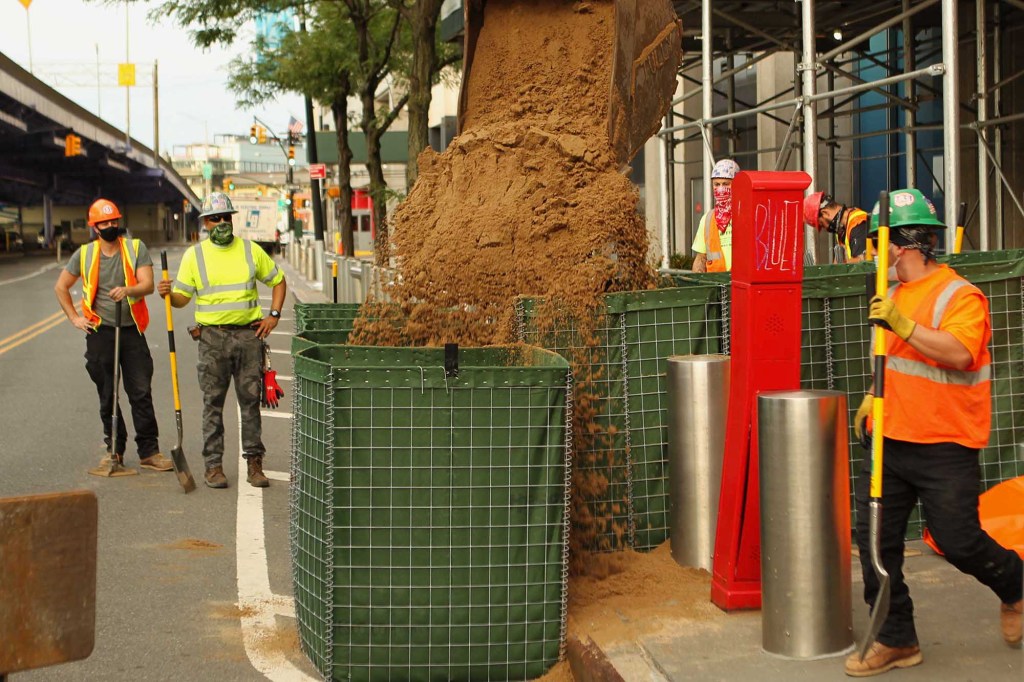