A LINGERIE model wrestled a cop in skimpy underwear and kneed him in the groin as he tried to arrest her.

Raunchy Kayleigh Laws, 28, pulled her top off as the officer attempted to detain her. 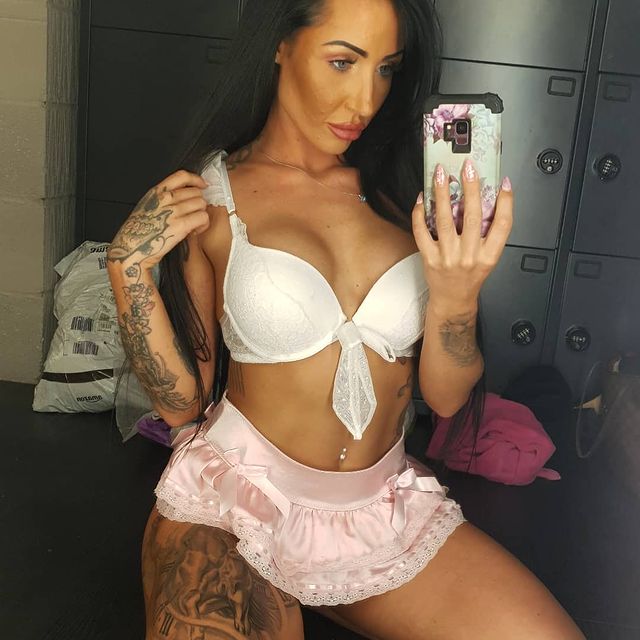 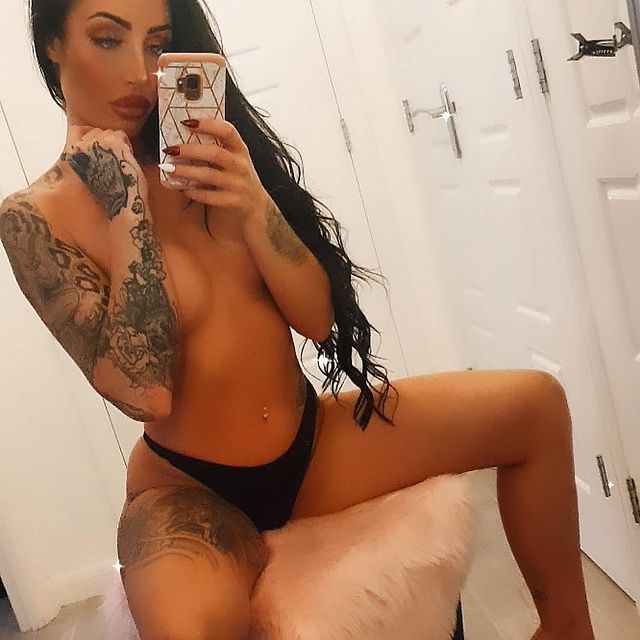 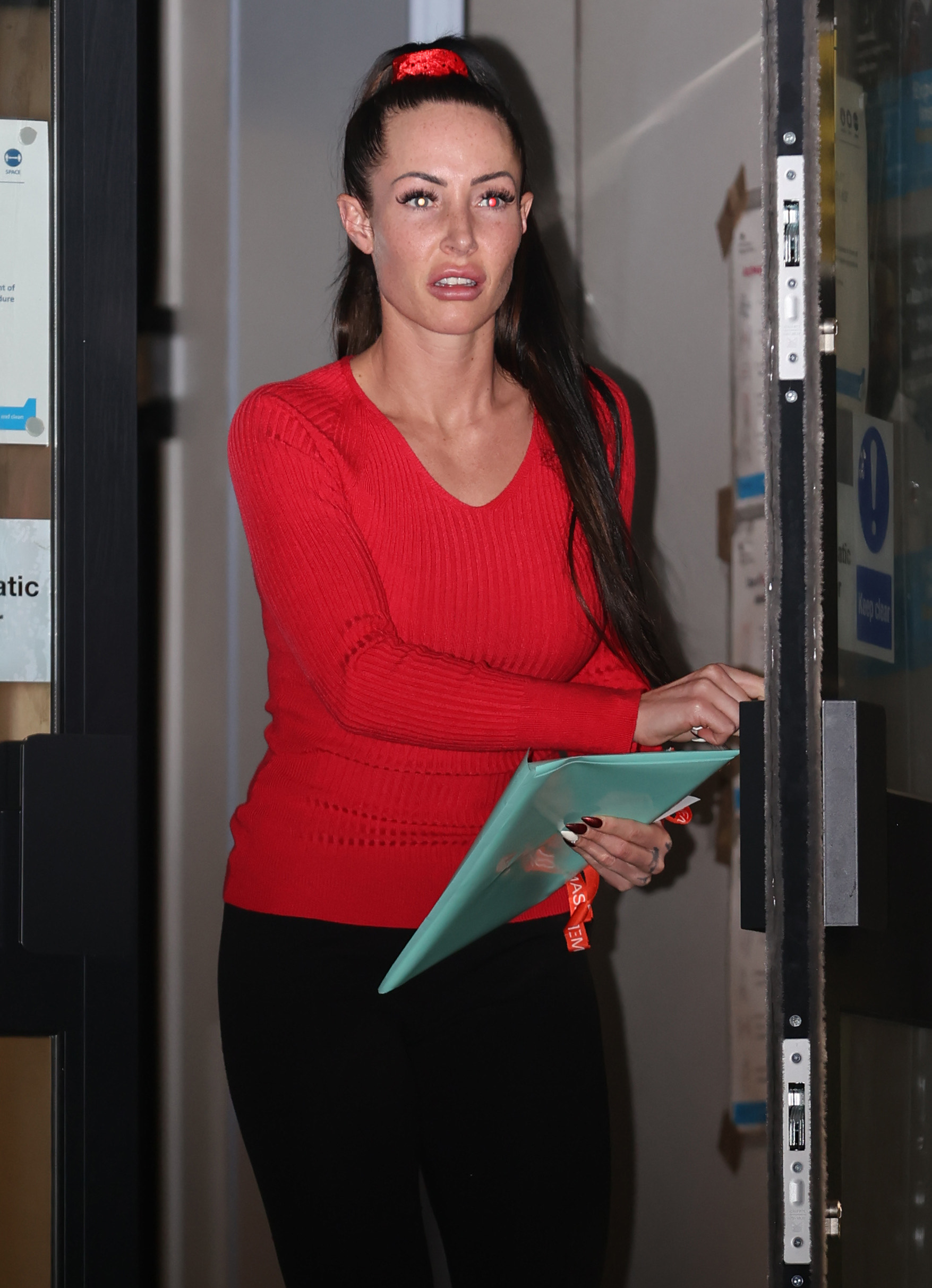 She also started “wiggling her buttocks” as he nicked her against her Vauxhall Astra.

Earlier that day, she had been working as a hostess at the Goodwood Revival Festival with pal Sally Phillips, serving drinks in lingerie to a private party in an RV.

They were being paid £200 for three hours’ work as “entertainers”.

They sunk Prosecco before a row erupted and Laws and her friend went to stay in her car for the night – planning on heading home to Bristol the following day.

Security staff called police over concerns about the way the car had been driven, and cops arrived at 1.15am on September 15 last year.

PC Trevor Burton “smelt weed coming from the vehicle” and knocked the window to carry out a search, Worthing JPs heard on Wednesday.

No drugs were found but Laws flipped into a rage when they tried to detain her in a layby near West Sussex’s private Goodwood Estate. 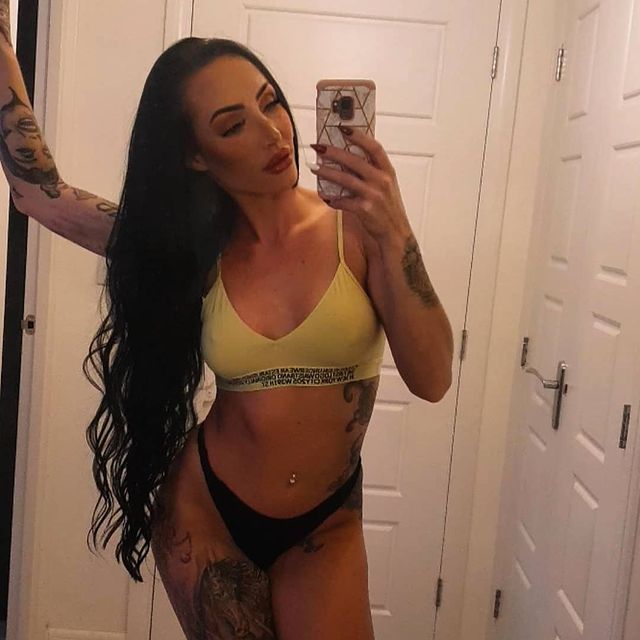 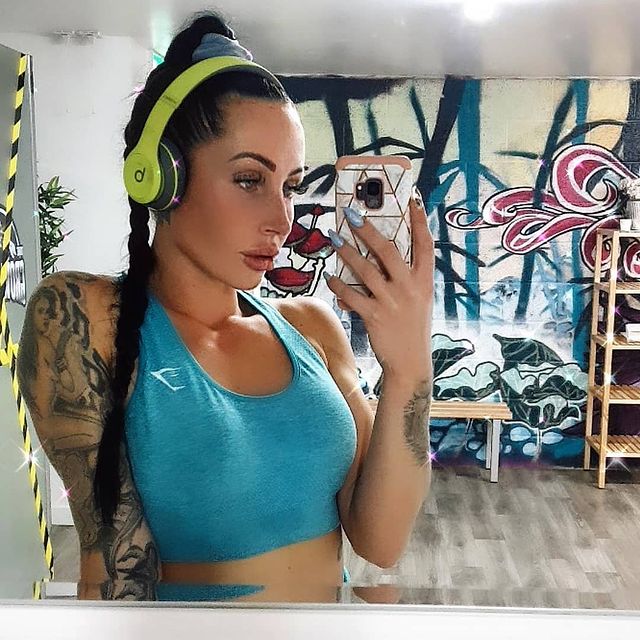 She repeatedly jabbed PC Burton in the face with her finger.

Prosecutor Amanda Burrows said: “She pulled her top off revealing her skimpy underwear and started poking her finger at him.

“He restrained her against the car and she started wiggling her buttocks.

“He took her wrist and she raised her knee into his groin – with force.”

Laws – who posts racy nude snaps on Instagram and has attracted comments from George Best’s son Calum – was wrestled to the ground and arrested by PC Burton.

She told the court: “I accept I was quite hysterical.”

She was charged with drink-driving but was cleared on Wednesday.

She had earlier admitted assaulting an emergency worker and possession of an offensive weapon after a knuckleduster was found in her vehicle.

Laws has nearly 23,000 followers on Instagram and runs an OnlyFans page.

She will be sentenced next month.