For centuries, the United Kingdom was the leader of the world in the freedom of its citizens. We were permitted to do what we wanted to, unless the law explicitly prohibited it.

Unless the sign said ‘Do not walk on the grass’, we could stroll across the lawn. Not for us some irksome, officious policemen demanding to see our papers, asking where we were from and where we were going.

Perhaps we flattered ourselves that such things were for other countries that did not have our liberty and that, as a result, they did not have our history of innovation, imagination and tolerance.

But thanks to a new, badly crafted and poorly communicated law, we have suddenly seen a different style of policing. 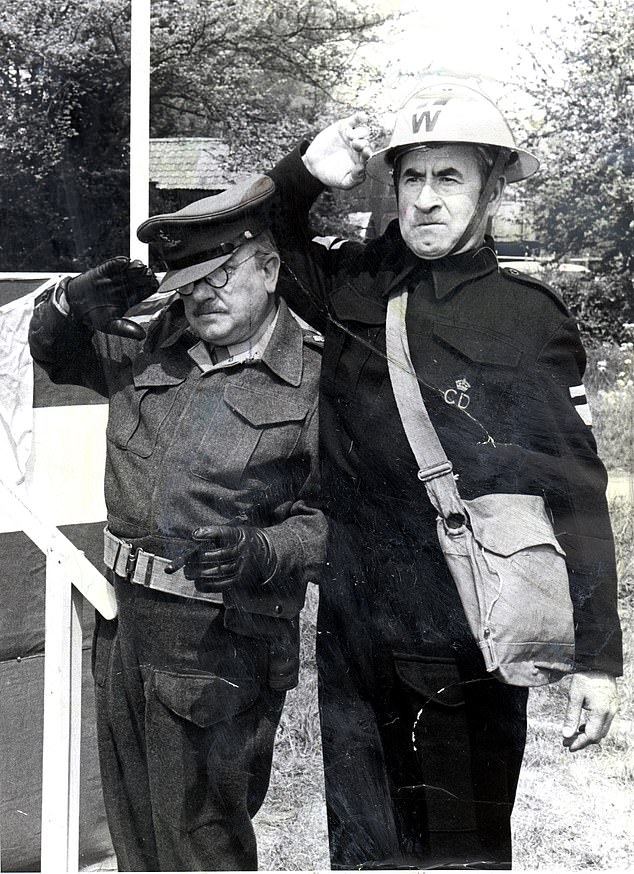 Road blocks have been erected to check that people’s journeys are ‘justified’, even though you cannot infect or be infected while alone inside a car.

Police stopped key workers going to do their shift in a supermarket because they chose not to believe them. They published drone footage of people walking their dog in isolation in the Peak District.

One police force bragged about issuing a summons to someone for the offence of ‘shopping for non-essential items’.

No such offence exists, no more than ‘smoking a cigarette while exercising’, ‘sitting down after exercising’ or ‘sitting on a park bench’. Those were just a few of the other things that the police chastised or fined people for doing. 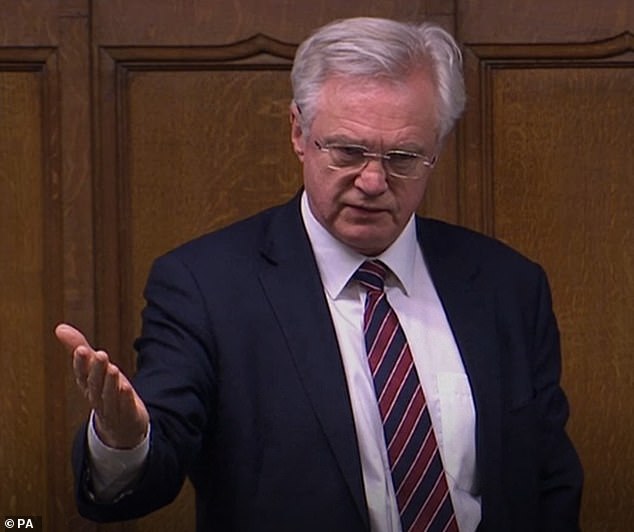 Conservative MP David Davis during second reading of the Coronavirus Bill in the House of Commons. The Tory MP has not been a fan of the behaviour of the police during lockdown

This was all troublingly reminiscent of the power-mad Hodges, the bombastic jobsworth of an air raid warden in Dad’s Army – although it was not a joke for the people involved last week.

Not that Hodges’s law was confined to the police. Local government officials told shopkeepers that they should take Easter eggs and hot cross buns off the shelves as they were ‘not essential’.

Police extended this by stopping people and telling them that they were not to go shopping for booze and fags.

This action was confounded when a Government Minister announced – at about the same time – that off-licences would be one of the categories of shops allowed to stay open. 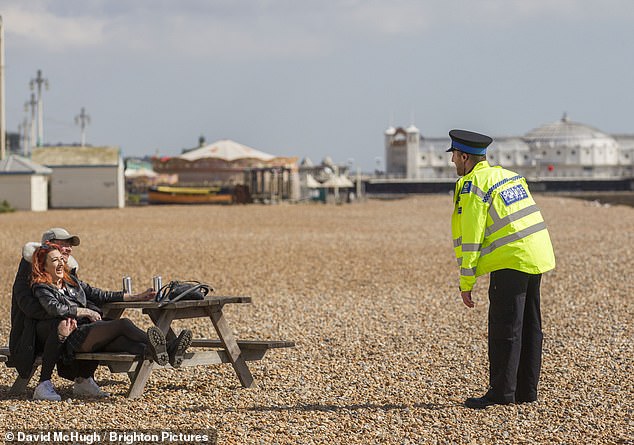 Even worse is how some police forces are encouraging people to spy upon their neighbours, seemingly attempting to turn us into an informer state.

We are not alone in this, of course. German police forces have done the same, leading German professor of criminology Rafael Behr to say: ‘This willingness to report others is poisoning civilised behaviour.’

Quite. And it is not restricted to Germany. The truth is this: it is not against any regulation to drive to remote open spaces in the countryside to get some exercise, or even just to enjoy the view.

It is not against any law to buy a hot cross bun or an Easter egg or even a packet of cigarettes.

It is simply the zealous action of officers over-interpreting the expressed preference of a Government Minister on no particular scientific basis. And that is emphatically not how our legal system works. 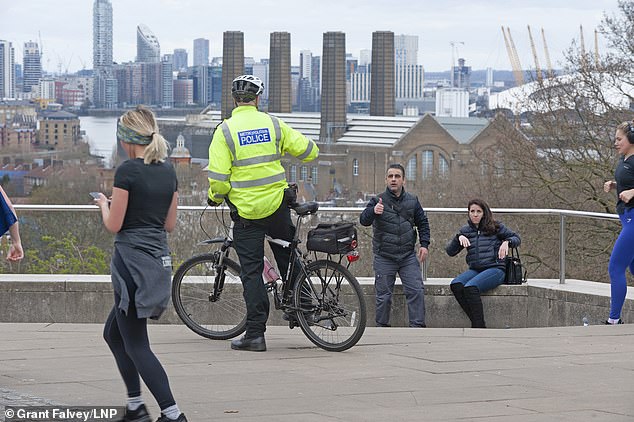 A police officer asking a couple to keep moving. People get out of the house from Coronavirus lockdown to exercise in Greenwich Park, London 02/04/2020

Lord Sumption, the retired Supreme Court judge, was scathing about it. ‘This is what a police state is like,’ he said. ‘It’s a state in which the Government can issue orders or express preferences with no legal auth­ority and the police will enforce Ministers’ wishes.’

Now we are not a police state, but Lord Sumption is right to warn about this troubling direction of travel. It is essential that we curb this drift now.

It is also essential to revert to normality, without exception, as soon as it is reasonably safe to do so. Already there has been public anger about this heavy-handed petty bureaucracy that reaches far beyond what is necessary for public safety.

And that anger will only increase over Easter, a time second only to Christmas when families traditionally come together to celebrate. Some of the excesses have been curbed for now, but anger alone is not enough to prevent these dangerous attitudes becoming entrenched.

So how did we get here, and how do we get out of this state? It started with the Government’s sharp U-turn over coronavirus policy.

There is still not enough information available – at least to the public – to judge whether it is the right or wrong policy, but the change is certainly understandable.

It might be said to have met a public demand for certainty and a need to enforce public health rules on those who were behaving rather stupidly. But it handed far too much power to the police without enough guidance, with the inevitable result.

As always, the Government took too many powers and shut down much of the scope for both parliamentary and judicial scrutiny.

Although these specific new measures have to be reviewed every three weeks, the new Corona­virus Act passed the Commons in just one day last month, giving Ministers far greater powers that could last two years.

Many of us objected to the extreme length of time for such unfettered powers but the Labour Party abandoned its protests in exchange for rubber-stamping the Act every six months.

So my advice to Boris Johnson is simple: use these powers to the minimum. Abandon them as soon as you can safely do so.

And if you want people to accept what the Deputy Chief Medical Officer said could be six months of restrictions on our everyday movements, introduce some humanity into these blunt instruments that you are using on the British people.

We must defeat this virus and save lives. But we must do so by respecting one of our most hallowed traditions: policing, yes, but policing by consent. Nothing less is acceptable.