Home » World News » Paedophile stole £70,000 from Travelex and fled to the US

Paedophile stole £70,000 from Travelex and fled to the US

Fugitive Travelex manager, 33, is jailed for 14 months after he fled to the US with £70,000 from his bureau-de-change when he was on bail for sexually abusing 12-year-old boy

A fugitive Travelex manager has been jailed after stealing £70,000 from a Tesco bureau-de-change and fleeing to America while on bail for abusing a child.

David Aspden, 33, had been arrested in December 2018 for abusing a 12-year-old boy. But while on bail the former secretary at a junior football club managed to get a shift at the Travelex booth at Tesco in Middleton, near Rochdale on Christmas Eve.

After sending a colleague home early, Aspden, of Preston, Lancashire, filled up Tesco bags for life with cash, then vanished with the money on a flight out of Manchester on Boxing Day. 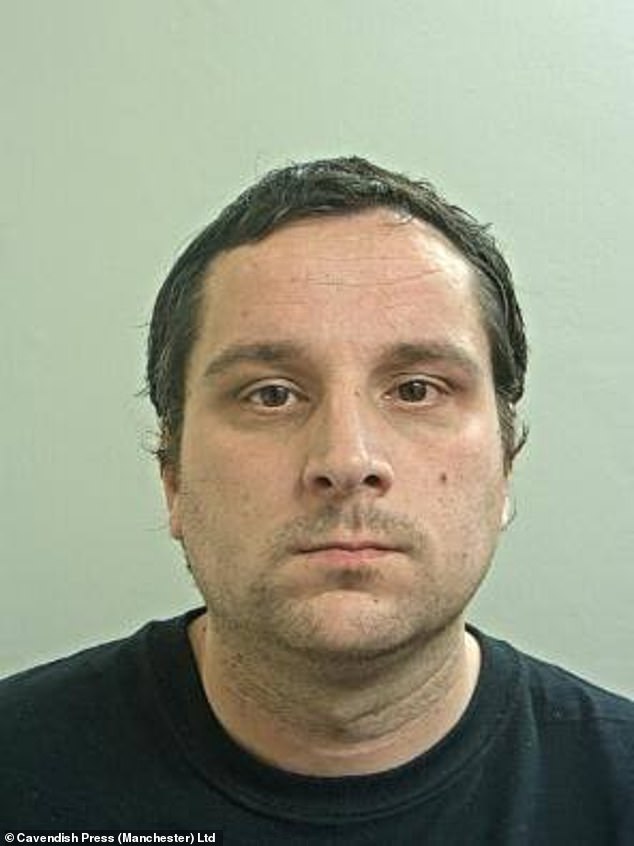 David Aspden, 33, was jailed for 14 months for stealing £70,000 from a Travelex bureau-de-change at Tesco Rochdale and fleeing to America while on bail for abusing a 12-year-old boy

Aspden spent five months in the US where he squandered the stolen cash before returning to Britain on board a cruise ship. It is believed none of the money he took has been recovered.

At Minshull Street Crown Court, Manchester, Aspden, of Preston, Lancs was jailed for 14 months after he admitted theft by employee. The sentence will run consecutively to a five year stretch imposed in June last year after he admitted inciting a 12 year old boy to to engage in sexual activity with him.

Aspden who was secretary of a junior football club had originally been arrested in 2018 after the lad went to police and told how he had been asked to carry out a sex act on him during a caravan holiday in Cumbria.

He was bailed to face court but in December 2018 he used the opportunity of working alone on Christmas Eve at Travelex booth at Tesco in Middleton, near Rochdale to plot his escape.

Prosecutor Miss Lisa Boocock said: ‘The defendant worked as a manager at a Travelex bureau-de-change inside a Tesco store in Middleton.

‘He started training in December and took up the post on 7th December 2018, and had a week of training. He was a manager looking after cash in the store’s safe. He then started work and indicated he wanted to work on Christmas Eve.

‘He sent his co-worker home early and was working alone in the store. There is CCTV footage and the incident happened over a protracted period of time. Over about twenty minutes the defendant filled several bags for life with money from the shop.

‘He also went shopping around the store, returned to pick the bags up and then left with them. Around £70,000 was in the bags. He went home and booked a flight for December 26. He flew to the United States and spent just over five months travelling around the country and using the money. The theft was not discovered until December 27 and colleagues asked questions.

‘This caused anxiety among staff, which was perhaps exacerbated because it happened over Christmas when the store was closed. The defendant returned to the UK via cruise ship in May 31 2019 and was arrested by police.

‘He accepted guilt and said he took the money. He said he had disposed of around £30,000 and spent the rest in the USA. He was in a position of trust and responsibility, and he breached that trust. He was working alone in possession of large amounts of money.’

In mitigation defence lawyer Lucy Wright said: ‘The defendant accepts the high degree of trust that he breached but in light of the CCTV evidence, it was not a sophisticated offence. He has in effect videoed himself offending.

‘In a sense, he was evading justice by going to the USA but he returned from America when he knew he would be arrested on arrival in the UK and this proves he is genuinely remorseful. If he had simply decided to stay in America, justice would have been delayed.

‘He didn’t come back because he ran out of money. He came back because he realised he needed to come back to own up and face justice. He was on bail for the other offence at the time of this matter. Since then he has been told he has a diagnosis of psychotic episodes, anxiety and depression- although no written evidence of this has been provided.

‘He says the offence happened when he was feeling extremely low and struggling to keep on top of his mental health problems. 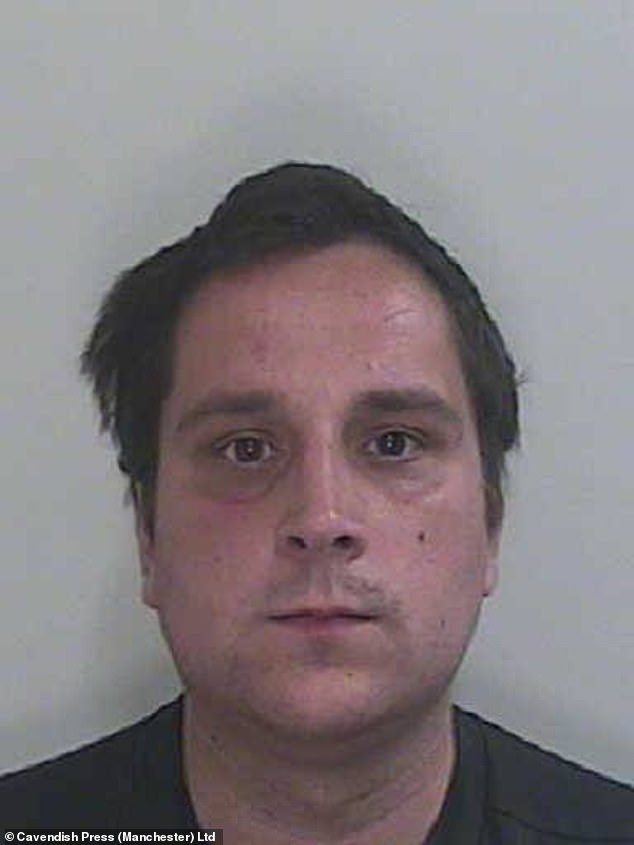 Aspden, 33, was a junior football club secretary at the time of the offence. The Preston, Lancashire resident spent five months living in the US before returning home on a cruise

‘Before his first offence, he was a man of good character who spent much of his time living purposefully and he struggles to reconcile how he has got himself into this position. His father is currently very unwell in hospital and the defendant thinks he may not see him again if he is given a custodial sentence. His mother needs assistance and is self-isolating, and he is unable to support her through this.’

Passing sentence, Judge Mark Savill told Aspden: ‘You volunteered to work on Christmas Eve when there was lot of money in the safe. None of your co-workers were working at the time of the offence and you thought you could perhaps remain undetected.

‘It was a brazen offence. You helped yourself and filled bags with £70,000 cash and foreign currency. You then left the store and left the country. You took some of that money with you and spent about five months travelling America then returned to the UK on a cruise ship.

‘You upset your co-workers and some of them thought they would end up being blamed. But upon arrest, you were interviewed and accepted your guilt. You were subject to police inquiries when you committed this offence and you breached a high degree of trust and responsibility.

‘You caused concern among your co-workers and went on the run before returning to the UK in some style. I am willing to accept that prison is unpleasant for you given the current public health crisis and the fact your parents are not in good health.

‘However, there is no excuse for what you were doing at all. This is not a similar offence to when a single parent find themselves in in significant debt and steals from their employer to feed their family, This is not that at all. You stole a significant amount of money, went on the run and spent it.’