A MAN who tried to stop his friend’s car from being FLIPPED by an angry farmer says he’s lucky he didn’t suffer broken bones.

Footage of the shocking incident — showing topless Charlie Burns, 20, kicking out in a vain attempt to stop the farmer — went viral yesterday with millions of views. 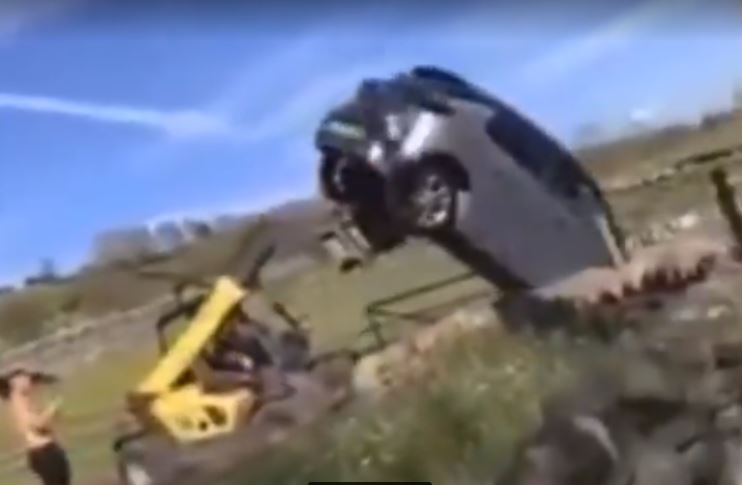 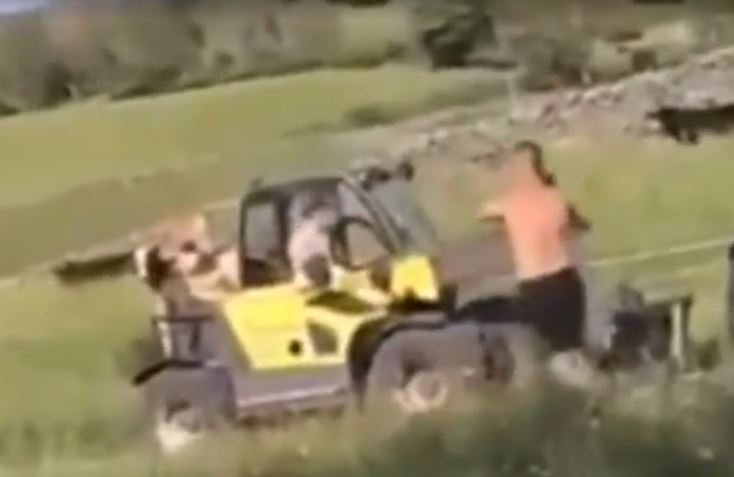 He had been visiting High Force waterfall in Teesdale with friends when their Vauxhall Corsa had a blow out.

Out of nowhere a farmer leapt into the cab of his telehandler and drove at the Corsa, shoving it down the lane towards the main road.

The car was pushed out onto the road leaving broken glass and other debris behind.

Mr Burns attempted to stop the destruction by throw himself at the cab of the forklift and kicking its tires. 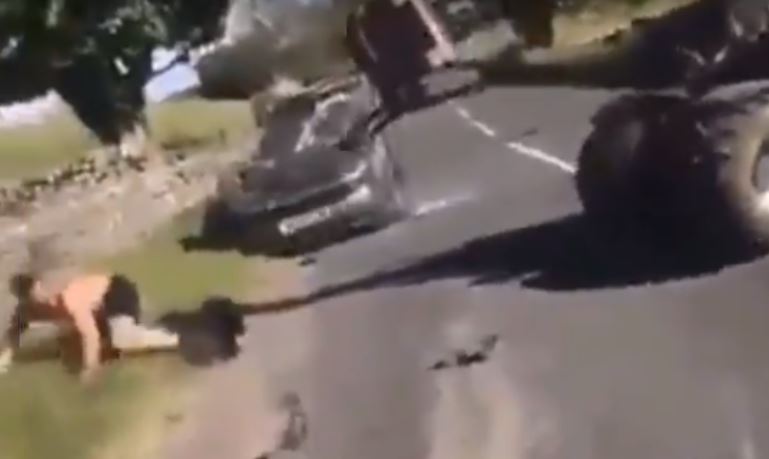 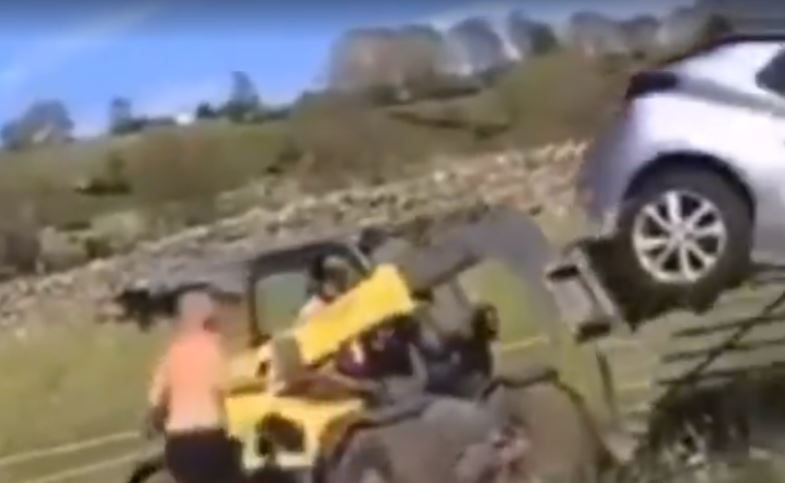 But the forklift suddenly reverses and swings around, violently knocking Charlie to the ground.

Raging residents said dozens of vehicles were parked all over the picturesque countryside near Barnard Castle, Co Durham, at the weekend, infuriating local farmers.

New footage that emerged today shows the same man talking to two officers who had arrived at the scene following the incident at around 5pm on Saturday.

At one point he says “f***ing farmers” as he pulls down his trousers and exposes his backside to the camera. 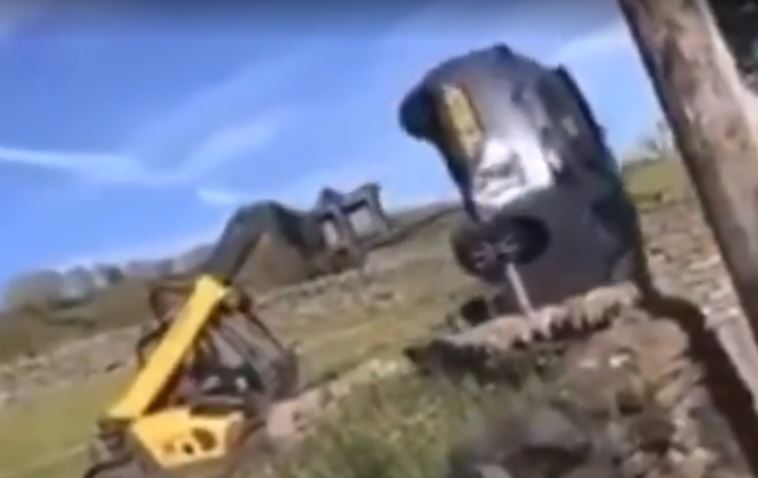 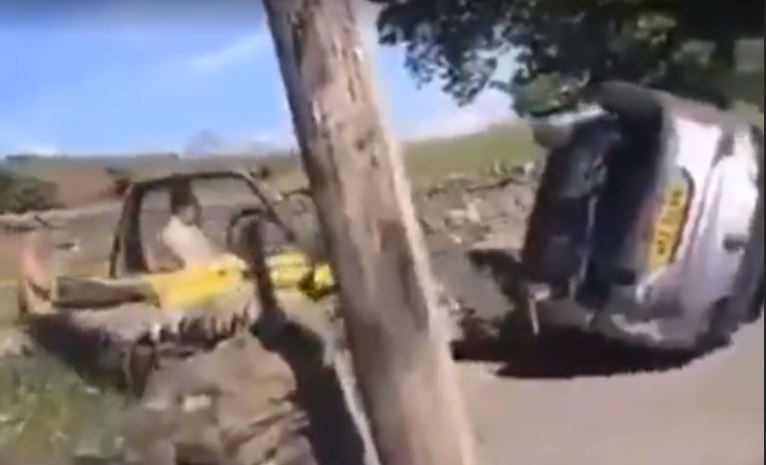 The group deny claims of ‘yobbish’ behaviour and say they parked the Corsa on Mr Hooper’s drive so that it wasn’t blocking the winding country road past Brockersgill Farm, Newbiggin, County Durham.

Mr Burns has since been off work and says he is having difficulty walking after suffering severe bruising to both legs.

He told the MailOnline: “I was lucky not to have any broken bones, it hit me hard and knocked me to the ground.

“A lot of people have been suggesting we must have been doing something wrong for him to have reacted like that but we weren’t.

“I’m due to give a witness statement to the police in two days and have been asked not to say anything, so I’m not going to say anything more for now.”

A source close to the group said: “They were just a bunch of young lads on a day out, the car had a blowout and they got it out of the road. What else were they suppposed to do?”

“Everybody understands that people in the countryside get fed up with tourists and cars being parked all over the place, but what happened was a total over reaction.

“It wasn't even the lad's car, it was a courtesy car because his had been in an accident.”