Paris will create a 30-mile cycle lane network along some of the city’s busiest traffic strips in a bid to ease pressure on public transport when France begins lifting its lockdown next week.

She revealed the city’s latest plans to the Parisien newspaper and said: ‘In total, 50 kilometres (30 miles) of lanes normally used by cars will be reserved for bicycles.’ 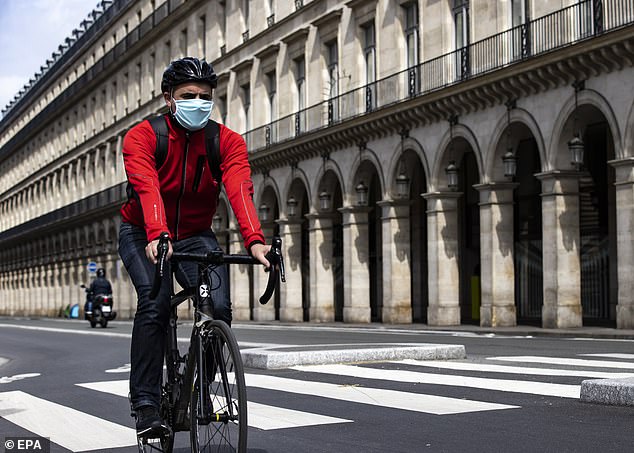 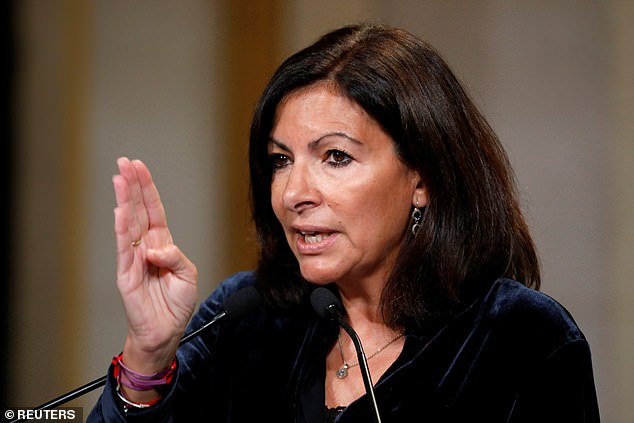 Hidalgo, who is running for re-election and pictured above, has been pushing for years to reduce car use in the capital by reducing lanes and speed limits, and closing off dozens of streets completely

Temporary cycle paths will be created along the busiest metro lines, and other streets that will introduce cycle lanes include the Boulevard Saint-Michel in the Left Bank’s Saint-Germain neighbourhood and the express tunnel under the chaotic roundabout at the Arc de Triomphe.

It is hoped the cycle lanes will ease pressure on commuters using trains and buses to make their way around the city.

Another 30 roads will be reserved exclusively for pedestrians, ‘in particular around schools to avoid groups of people,’ she said.

She told the newspaper that traffic will be completely closed from May 11 at the Louvre ticket offices as well as between Bastille and rue des Archives.

Many other Parisian suburbs have also announced plans for new bike lanes in a bid to reduce pressure on commuter trains and buses and Paris metro will operate a reduced number of seats to ensure social distancing is maintained.

The news comes following the French government unveiling a €20 million package to encourage cycling post-lockdown, including a €50 subsidy for bike repairs or tune-ups.

Officials are bracing for a mass return of residents after up to a quarter of is 2.2million-strong population fled before stay-at-home orders came into effect on March 17.

Health experts have warned that social distancing necessary to avoid a fresh surge in COVID-19 cases will be difficult in large cities, especially for people who rely on mass transport to get to work. 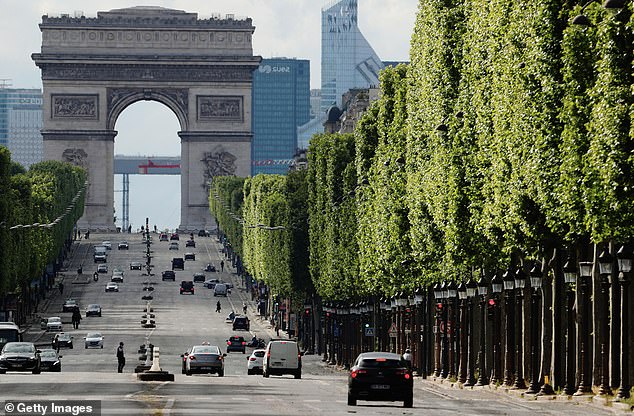 Masks will be compulsory on public transport and passengers have been told to leave every other seat empty.

Travel between France’s regions, and 60-mile radius from home will be allowed only for professional or urgent family matters.

Hidalgo, who is running for re-election, has been pushing for years to reduce car use in the capital by reducing lanes and speed limits, and closing off dozens of streets completely. 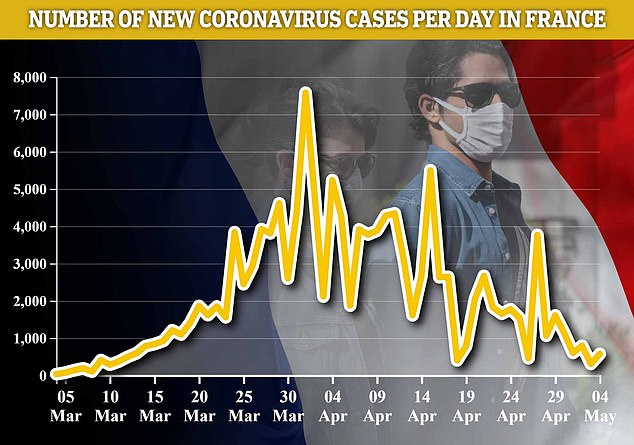 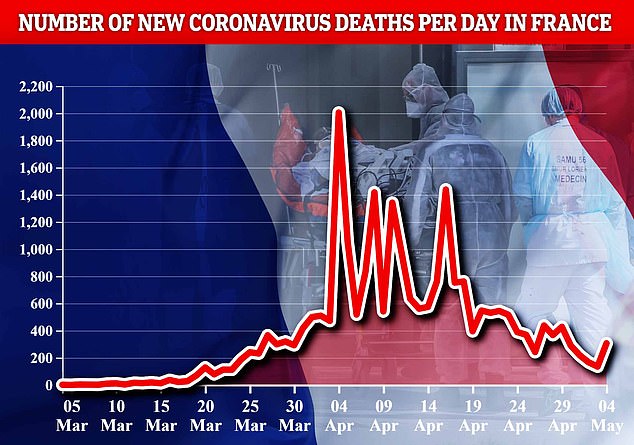 France has the fifth-highest number of coronavirus deaths worldwide, at more than 25,000

Prior to the crisis she had promised that every street in Paris would become cycle-friendly by 2024.

Fears of gridlock caused by increased car traffic once the lockdown is eased are allowing officials to accelerate Hidalgo’s existing changes.

She said some the street closures could be made permanent even after the crisis has passed.

‘I know that the majority of Parisians do not want to see a return of cars and pollution,’ the mayor said.

Her comments were echoed by the government.

In late April the World Health Organisation urged that ‘Whenever feasible, consider bicycles or walking’ in a bid to maintain social distancing and stem the flow of new cases. 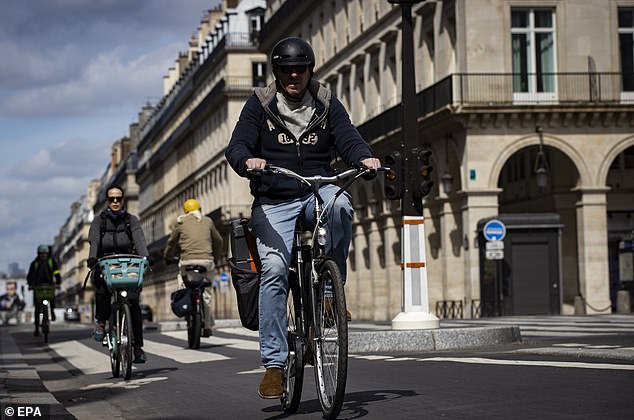 Cyclists pedal down Rue de Rivoli in Paris on May 4 2020. The French prime minister has warned that ‘We are going to have to learn to live with Covid-19 and to protect ourselves from it’

He warned that: ‘We are going to have to learn to live with Covid-19 and to protect ourselves from it.

Latest figures show close to 167,000 confirmed cases of the killer bug in France, the fifth-highest in the world.

It also has the fifth-highest number of coronavirus deaths worldwide, at more than 25,000.