Police officer was caught stealing £100 from a lost wallet handed in to him at Cheltenham Races, court hears

A police officer was caught in a sting operation at Cheltenham Festival by colleagues after stealing money from a lost wallet that was handed in to him, a court has heard.

Matthew Rollason, 38, who served with Gloucestershire Police, was on duty and in uniform when he was given the wallet with two wads of cash inside by a member of the public at the races in March 2019.

Bristol Crown Court heard he removed one of the bundles of cash, believed to be around £100, before handing the item in to lost property at the festival.

Two days later, undercover officers from his force’s anti-corruption unit carried out an ‘integrity test’ on Rollason, handing him a purse containing £200 in cash. 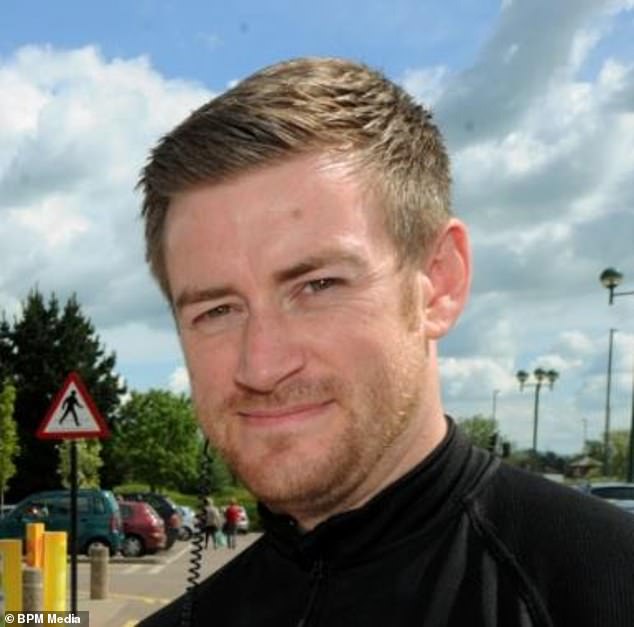 Matthew Rollason, 38, was handed 12-months in prison suspended for two years after pleading guilty to two counts of theft at Bristol Crown Court. Rollason stole cash from a wallet handed to him by a member of the public and then £200 from a purse used in a sting by fellow officers

CCTV footage revealed Rollason removed the notes, which had been marked, before bringing the purse to the event’s lost property area.

Rollason was later arrested and resigned from the force after admitting he had stolen the money on both occasions.

Judge Michael Longman sentenced Rollason, who pleaded guilty to two counts of theft, to 12 months in prison suspended for two years and ordered him to pay £300 of compensation and £300 in prosecution costs.

‘These offences were as inexplicable as they were inexcusable,’ the judge told Rollason.

‘At the time, you were on duty at Cheltenham Races. Someone lost a wallet and it was handed to you.

‘You took it to lost property but you stole, it seems, about £100 from it.

‘An integrity test was carried out which you failed, stealing £200 from a purse handed in by someone who was in fact another police officer.

‘It is difficult to think of a more egregious breach of trust than a police officer, on duty, in uniform, stealing money entrusted to him by one member of the public and belonging to another.’

The judge ordered Rollason to carry out a rehabilitation activity for 18 months and adhere to a curfew between 11pm and 7am for six months.

Rollason, who pleaded guilty to the theft charges at the earliest opportunity, had no financial reason to take the money, the court heard.

He had joined the force as a PCSO in 2005 before becoming a police officer in 2007, serving his community ‘blamelessly’ until the thefts, the judge said.

Judge Longman told Rollason there was ‘strong personal mitigation’ in the case.

Prosecuting, Mary Cowe told how racegoer Stephen Gooch lost his wallet containing two bundles of cash – one of £15 and the other of about £100 – at the races on March 12 last year.

A member of the public handed the wallet to Rollason, who took it to lost property.

When Mr Gooch collected it, the larger bundle of money was missing. 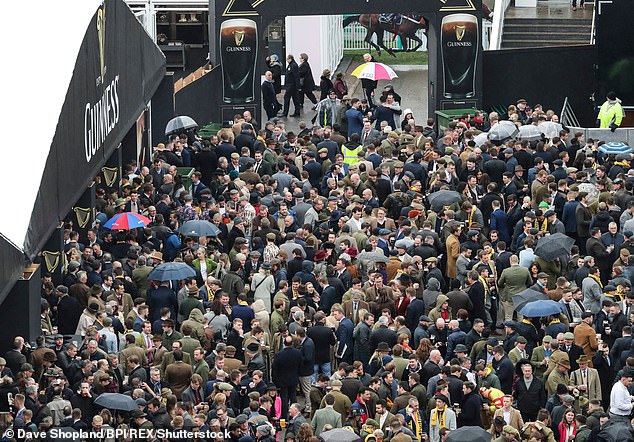 On March 14, anti-corruption officers at Gloucestershire Police posed as members of the public and handed a purse containing £200 to Rollason.

When Rollason was interviewed, he admitted it had been ‘a moment of absolute stupidity’, Ms Cowe said.

‘He said he thought whichever drunk person dropped it wouldn’t know the difference,’ she told the court.

Fiona Elder, representing Rollason, said her client was of previous good character but had ‘pressed the self-destruct button’ while working at the races by stealing the money.

‘It was almost a release of pressure. Whether he was trying to wreck his career, he certainly achieved that,’ she said.

‘He acted in a way which was entirely out of character and pressed a button he couldn’t go back from.’

Ms Elder said her client was currently holding down three jobs and had given many hours of service as an NHS volunteer responder during the Covid-19 pandemic.