Pensioner, 90, is amazed to see herself as a 14 year old in photograph used for new VE day commemorative stamp

A 90-year-old woman was amazed to spot her teenage face on a new special stamp designed to commemorate 75 years since Victory in Europe (VE) Day.

Bette Williamson was just 14 years old when she heard the news that the Second World War was over on May 8, 1945, and excitedly headed to London’s West End to join a crowd of jubilant people to celebrate.

Now 90 and living in Milton Keynes, Buckinghamshire, Mrs Williamson recalls an ‘electric’ atmosphere as she celebrated on Shaftesbury Avenue. 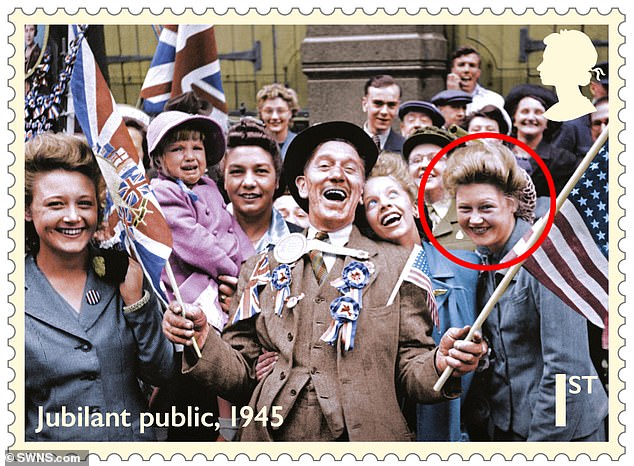 Bette Williamson (circled) was shocked to learn she would feature on the stamps designed to commemorate 75 years since VE day. She and her friend Dolly Marriage (pictured to the left of Mrs Williamson) and her sister Joan (far left) were pictured celebrating in London in 1945 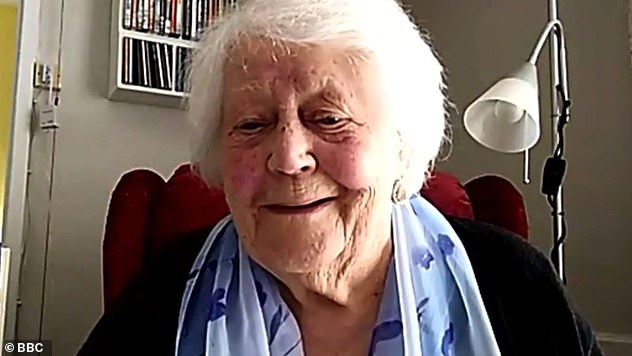 Now 90 and living in Milton Keynes, Buckinghamshire, Mrs Williamson (pictured now) recalls an ‘electric’ atmosphere as she celebrated on Shaftesbury Avenue, in London, on May 8, 1945

Mrs Williamson, her sister Joan and their friend Dolly Marriage smiled for the photographer while they stood next to a man selling UK and U.S. flags and red, white and blue rosettes.

She was pictured with perfectly coiffed hair, standing behind a USA flag, with her friend Dolly to her left and Joan on the far left of the photo behind a UK flag.

The formerly black and white photo is one of 12 archived photographs that have been brought to life in colour.

The remarkable images are being used on a set of stamps to mark the 75th anniversary of VE day.

‘My son phoned me and told me and I said ‘I don’t believe a word you’re saying’ I just can’t believe it’s happened.’

She worked at the Eagle pencil factory in Tottenham with her sister Joan at the time the picture was taken.

Mrs Williamson recalls not having to go to work that day and travelling for free into central London on the underground. 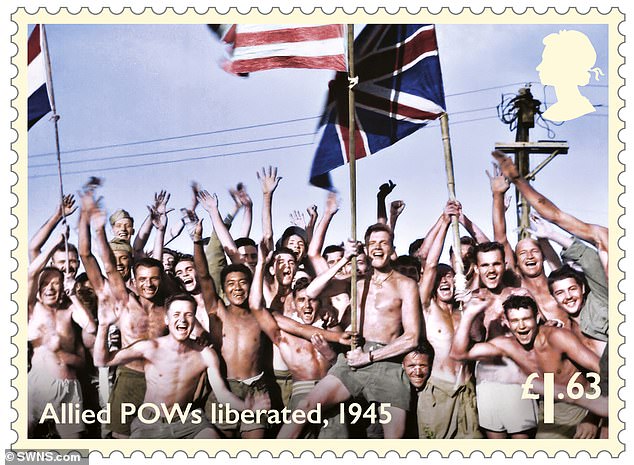 The stamp Mrs Williamson features on is one of 12 created to celebrate 75 years since VE day. Allied prisoners of war hoist Union Jack, United States and Netherlands flags at Aomori Camp near Yokohama, Japan, as they celebrate being rescued 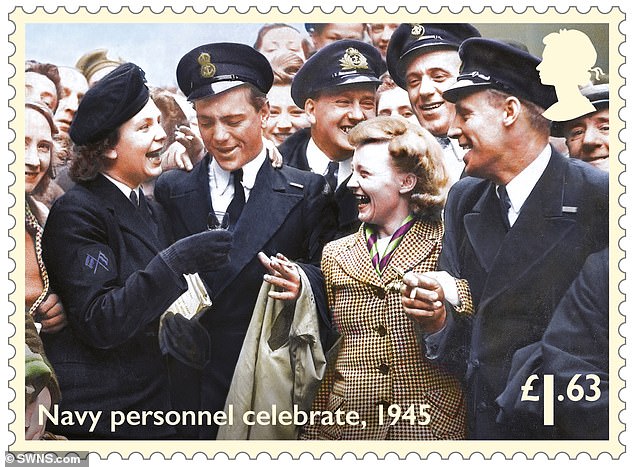 The stamps have been produced by Royal Mail using archived photographs held by the Imperial War Museum. A Wren (member of the Women’s Royal Navy Service) proposes a toast during VE celebrations in Glasgow, Scotland 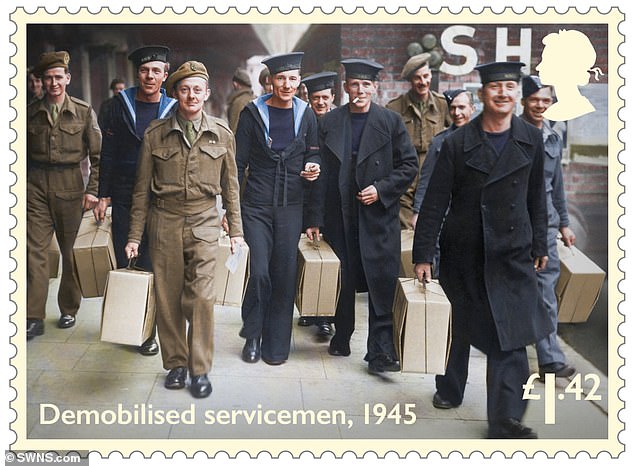 She said VE Day and the war ‘should never be forgotten’ and it is ‘a shame we can’t celebrate this year’ while the country remains in lockdown as a result of the coronavirus pandemic.

The stamps have been produced by Royal Mail using archived photographs held by the Imperial War Museum.

Eight of the 12 stamps depict scenes of celebration when news of the conflict’s end was announced.

They show how the news was received across Britain as well as the celebrations enjoyed by allied prisoners of war in the Far East.

The eight images have been brought to life in colour for the first time by colourist Royston Leonard. 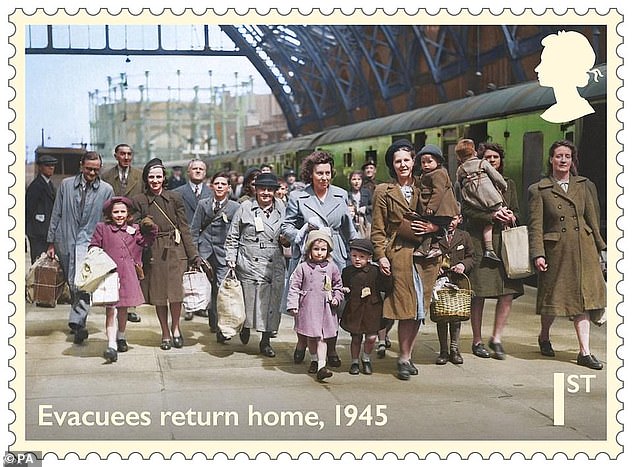 The pictures show how the news was received across Britain. Evacuees return home to London by train, pictured, after a wartime stay in Leicester 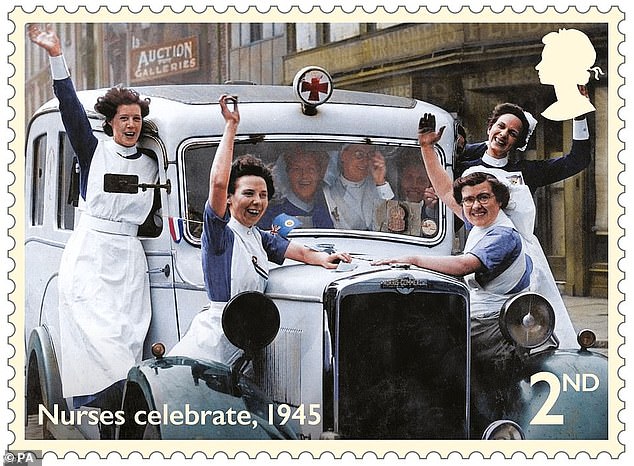 The eight images have been brought to life in colour for the first time by colourist Royston Leonard. A group of nurses in Liverpool raise their arms in celebration