Pharmacist 'threatened to kidnap woman if she didn't date his son'

A Lloyds pharmacist who allegedly told his female assistant ‘four men in a van would kidnap her’ if she didn’t go on a date with his seven-year-old son has been deemed fit to practise.

Yaw Akuoko-Frempong was said to have told the woman, who was ‘around 35’, that men would come in a ‘big black van’ to blindfold her and ‘take her away’ if she continued to refuse to date his son.

The pharmacist, who worked at a Lloyds Pharmacy in Devon alongside the woman, had allegedly insisted he was ‘going to book a date for her and his son’ and told her his son ‘loved her.’

When the woman tried to walk away, Akuoko-Frempong grabbed her arm and said ‘you be with my boy’ before claiming she had promised to marry the child, a review hearing was told. 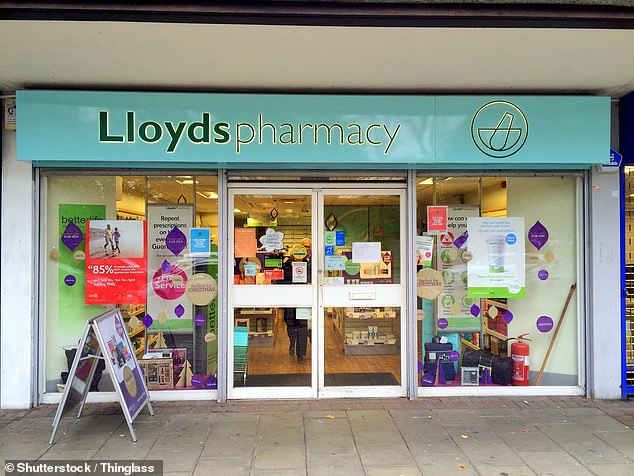 A Lloyds pharmacist who allegedly told his female assistant ‘four men in a van would kidnap her’ if she didn’t go on a date with his seven-year-old son has been deemed fit to practise. Pictured: Stock image

Akuoko-Frempong had also allegedly asked the woman to sit on his knee, pulled her hair and put a pin down her top.

The pharmacist denied almost all of the allegations against him, admitting only putting his arm around the woman’s shoulder.

He told a fitness to practise committee hearing held in 2019 that he ‘had failed his profession, and had not kept the high standards which the public expect’.

The General Pharmaceutical Council decided not to strike off the ‘experienced pharmacist’ immediately despite his ‘deplorable’ behaviour.

It concluded his fitness to practise was impaired and he was ordered to undergo training on ‘professional boundaries’ and was not allowed to work as a mentor or supervisor.

This month, Akuoko-Frempong told a review hearing in London that he now realised the woman would have been ‘devastated’ by his actions.

He said he recognised his behaviour would have had ‘a psychological, emotional and professional impact on her’.

The review hearing was told he now avoided all social ‘chit chat’ while working and encouraged others to focus on their jobs.

He said: ‘Communication is a powerful tool… misuse can damage relations leading to poisoned working conditions and environment’.

The committee concluded: ‘He had done everything asked of him… and he had gone further in trying to learn from his misconduct by attending additional courses and by talking to other members of the profession.’

It decided that he had done enough to remedy his past behaviours and concluded his fitness to practise was no longer impaired.