A chilling photo shows the moment a large shark breached the water after attacking a French backpacker surfer at a popular Australian beach.

Dylan Nacass, 23, managed to escape with minor lacerations after a shark latched onto his leg while surfing at Bell’s Beach in Torquay, Victoria on Friday afternoon.

The backpacker got away by punching the shark in the face twice.

A photo taken moments after the attack shows Mr Nacass frantically paddling to get away from the shark as it lurks eerily close to the surfers.

Local surfer Matthew Sedunary rushed to help the backpacker after hearing his shouts and can also be seen swimming away from the shark in fear. 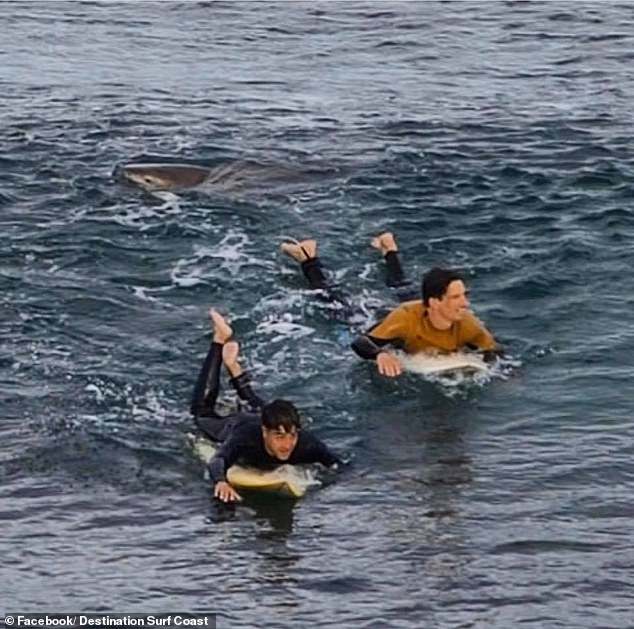 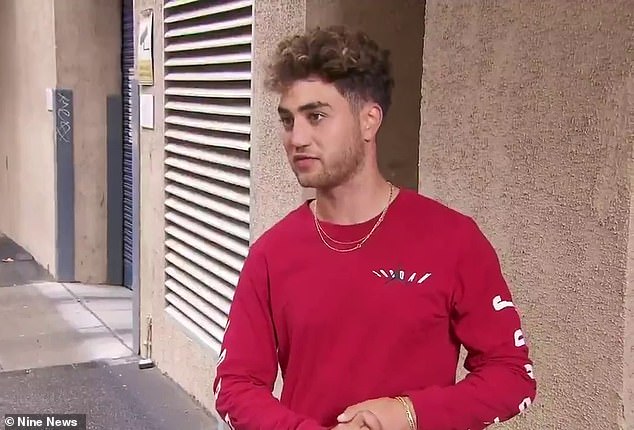 Dylan Nacass, 23, (pictured) managed to escape with only minor lacerations after a shark latched onto his leg while he was surfing at Bell’s Beach in regional Victoria on Friday afternoon

The panicked screams of the French surfer can be heard in horrifying footage of the encounter captured by onlooker Graham Blade.

Mr Blade was filming another friend surfing when he overheard the shouts and focused his camera on the commotion.

He managed to capture the shark on film following the two into the shore for about 30 seconds.

In the footage Mr Sedunary has a big smile plastered on his face as he paddles to shore oblivious to the shark lurking only metres away.

The local told Nine News even though he didn’t think the situation was serious he went to find out what was going on.

‘At first I just thought he was having a laugh with his mates, then I saw the fin,’ Mr Sedunary said. 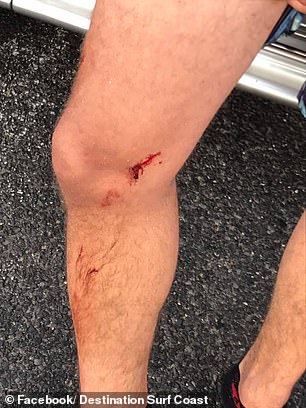 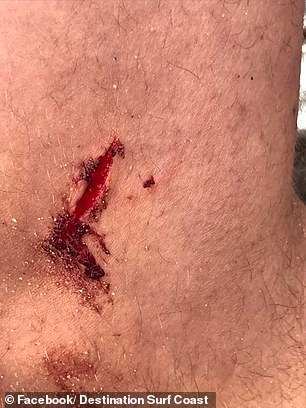 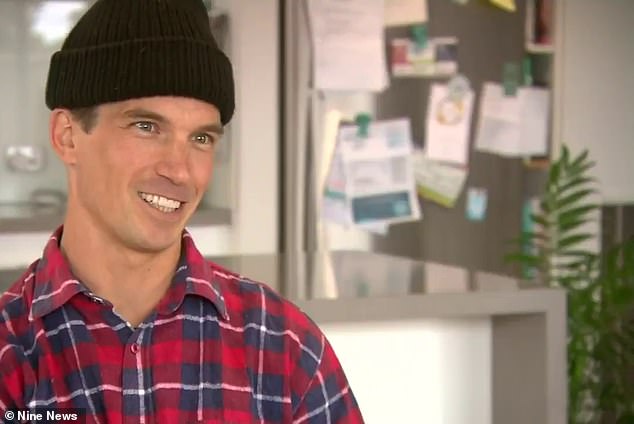 The two paddled back to shore together as the shark continued circling in the water.

Mr Nacass told the Geelong Advertiser despite the close call he’s already looking to return to the water.

‘In one week, when my leg is OK I will go surfing at the same spot,’ Mr Nacass said.

‘I fight with him and it’s OK, I’m alive. Everything is good.

‘I have my legs most importantly.’ 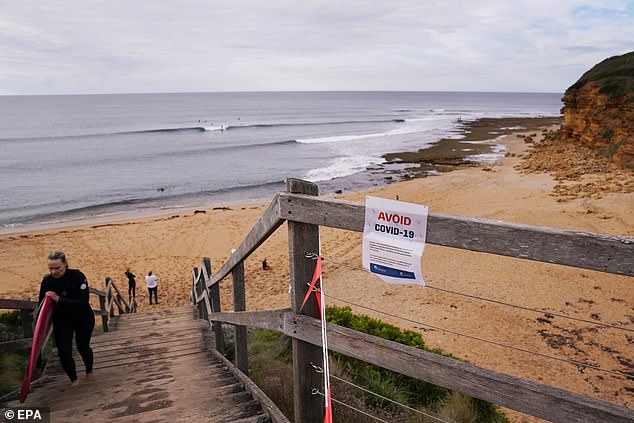 Bells Beach is a popular surf beach at Torquay in Victoria

Mr Sedunary said he really wasn’t aware of how close of an encounter he experienced until he looked back on the footage later.

‘When we’re paddling in and you can see the shark behind I didn’t know it was still there,’ he said.

He also revealed he’s looking forward to returning to the water, revealing the shark continued to pester other surfers in the moments following the first attack.

‘Was tempting to go straight back out because it was pretty decent, but glad I didn’t because it hung around and bumped another guy,’ he said.