A wild pig led a group of police officers on a hilarious 45-minute chase before it was eventually trapped by a trash can.

Officers found the pig running around on Friday night in Stamford, but capturing it wasn’t going to be an easy task.

The frantic chase was all captured on video by an officer’s bodycam.

Three police officers, Officer Michael Nguyen, Louis Vidal and Nicholas Gelonesi, all ran through the back yard of a home in the town.

The officers couldn’t help but laugh as they each took it in turns to chase the pig down. 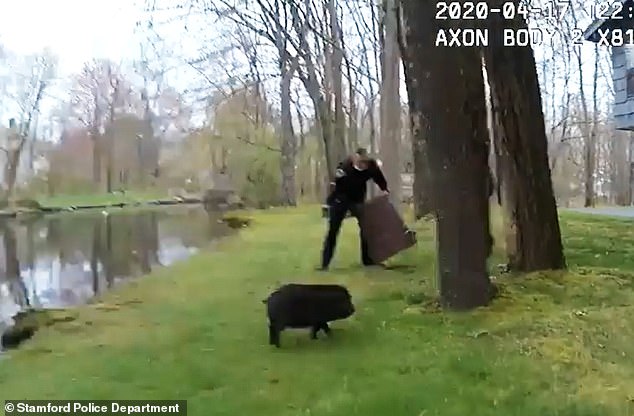 Police officers in Stamford, Connecticut, used a garbage can to corral a pig after it led them on a pursuit for over 45 minutes 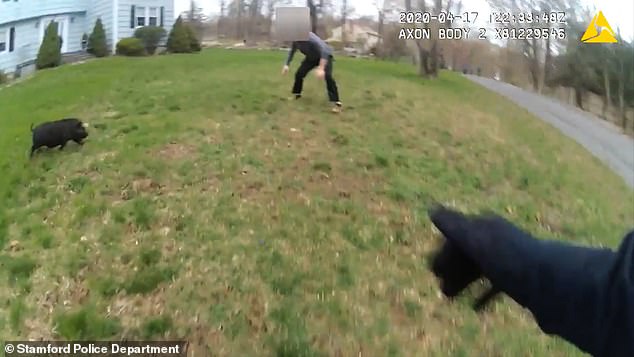 It took more than 45 minutes of chasing to finally catch the animal and bring it under control.

Thankfully they did not pull out their weapons, and instead tried to use a garbage can to capture the animal.

One officer threw the trash can hoping to catch the animal inside but missed resulting in much laughter among the officers.

After a little perseverance, they finally caught the animal in the plastic pail.

The video comes to an end as the officers breathlessly asked one another while laughing, ‘Now what do we do?’

The pig is said to be resting comfortably at Stamford Animal Control & Care Center as police try to locatethe animal’s rightful owners. 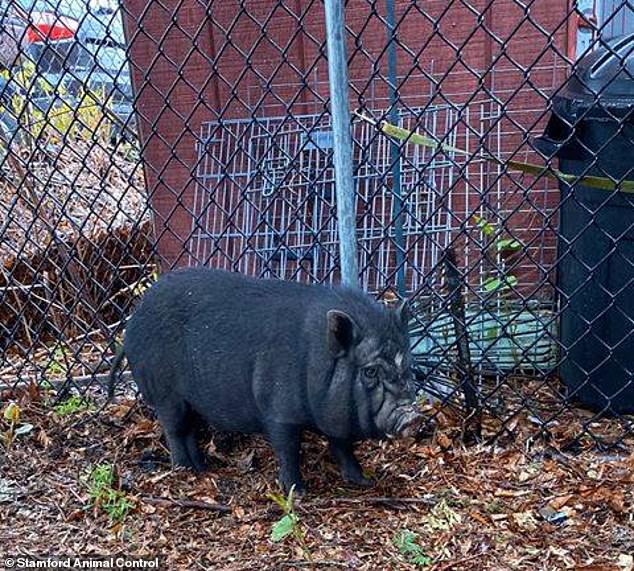 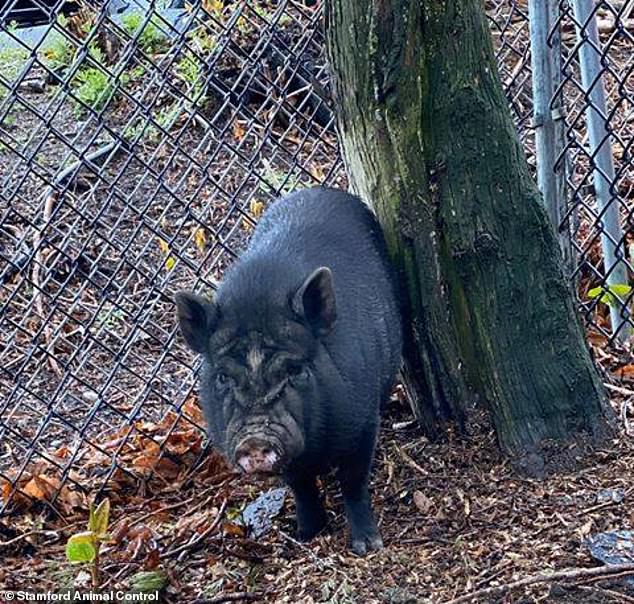 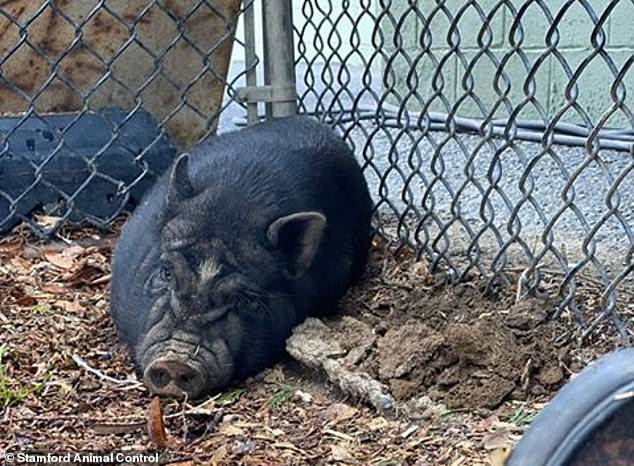 Clearly worn out from its high-speed pursuit, the pig is now said to be resting comfortably at Stamford Animal Control & Care Center as police try and locate his rightful owners