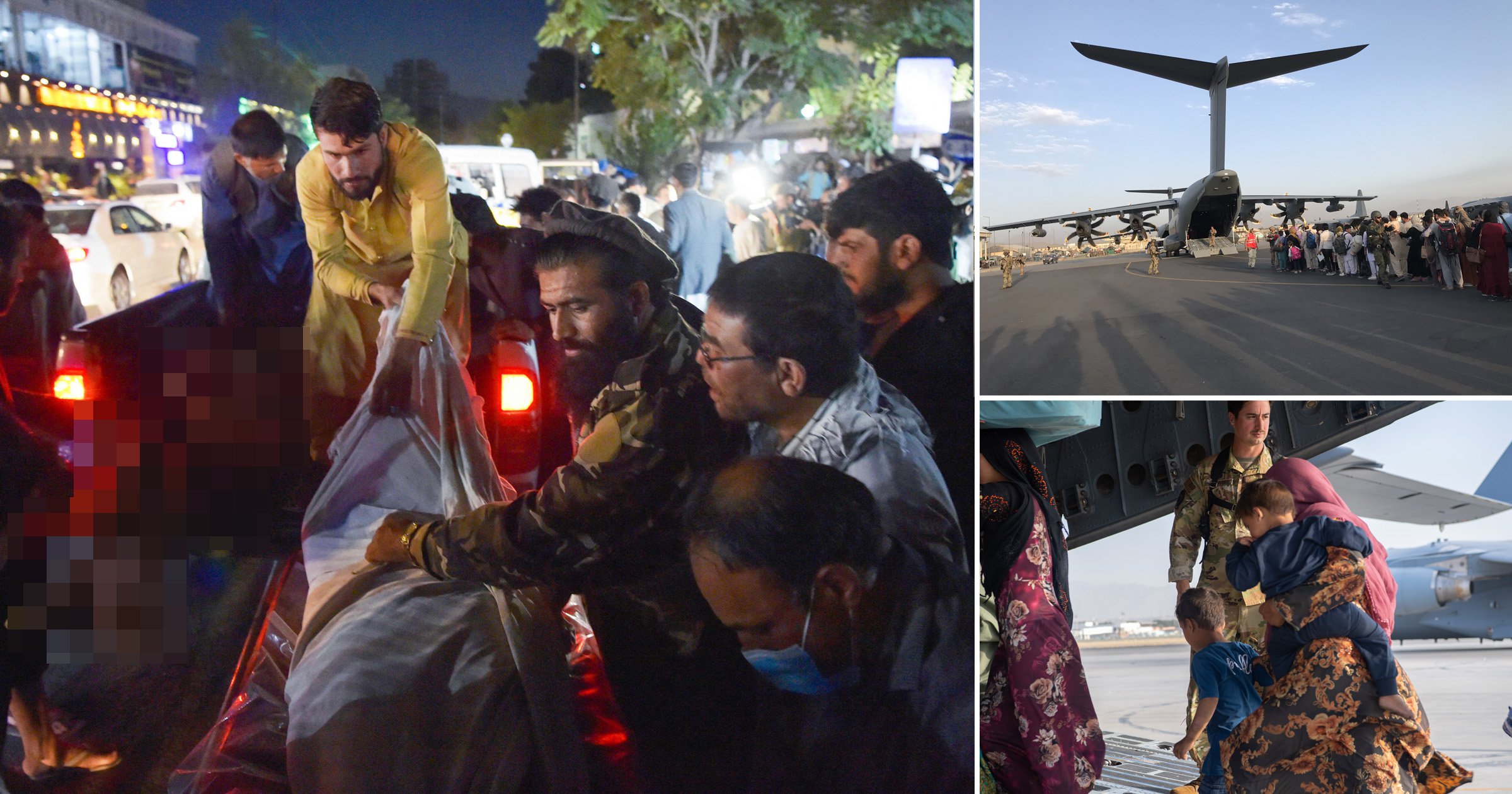 The UK has told planes to avoid flying below 25,000ft in Afghan airspace following deadly terror attacks on Kabul airport.

‘We will continue to keep this under review.’

It comes after multiple people were killed in at least two explosions in a suspected terror attack near Kabul airport following warnings a strike would be launched in the final phase of the evacuation effort.

Pentagon spokesman John Kirby confirmed two blasts occurred in a ‘complex attack’ outside Hamid Karzai International Airport today, and there were ‘a number of US and civilian casualties’.

The Ministry of Defence said there had been no UK military or Government casualties reported at an early stage.

Following the shocking scenes in Afghanistan today, I have issued a NOTAM (Notice to Aviation) further advising airlines to avoid Afghan airspace under 25,000ft. We will continue to keep this under review.

The Russian Foreign Ministry said at least 13 people were killed and 15 wounded in twin suicide attacks outside the airport, which has been the centre of the effort to help people flee Afghanistan.

The Ministry of Defence did not confirm or deny whether Isis-K was believed to be behind the explosions, after earlier warnings about the affiliate of the Islamic State (IS) terror group in Afghanistan.

This is a breaking news story, more to follow soon… Check back shortly for further updates.

Got a story? Get in touch with our news team by emailing us at [email protected] Or you can submit your videos and pictures here.