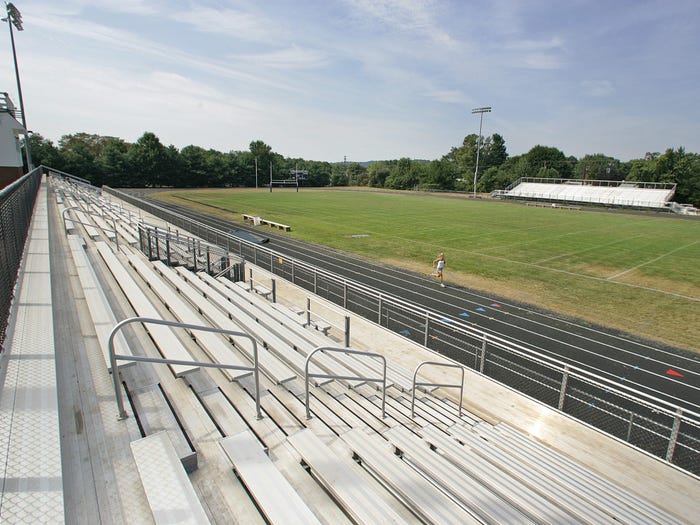 An Ohio police officer tasered and arrested a maskless woman at a middle school football game in the Logan Hocking School District Wednesday evening, according to a press release from the Logan Police Department.

The woman, Alecia D. Kitts refused to wear a mask, claiming she had asthma, police said.

The officer, Chris Smith, was on duty as a School Resource Officer at the game when he noticed Kitts maskless in the stands. He asked her to wear one in accordance with school policy, police said.

When Kitts refused, police said, Smith said that she would have to leave or would be "cited for trespassing and escorted off the property," according to police.

"The female was not arrested for failing to wear a mask, she was asked to leave the premises for continually violating school policy," police said in the statement.

Only in LOGAN OHIO does a person get TASED AND ARRESTED for not wearing a freaking MASKHere u can also see very clearly that NEITHER of these cops even had a mask on, (or it was pulled down, serving absolutely no purpose, in the male officers case) yet they’re arresting this girl for not wearing a mask 😳🙄TURN VOLUME UP👮‍♀️ Police brutality at its finestStop messaging me, nothing anyone ever says will justify what that cop did.EDIT TO ADD: A video clipping from Ohio governor Dewines briefing has been attached in the comments.Also there are stories from journalist and reporters going around stating that I said the woman was not asked or told to put on a mask. That is false and I never said that ANYONE. Just wanted to clear that upTo use this video in a commercial player or in broadcasts, please email [email protected]