President Donald Trump said Monday he may undergo additional tests for the coronavirus after British Prime Minister Boris Johnson was moved to intensive care to be treated for the disease.

‘I think we’ll probably have the be quite a few tests. It’s not the worst idea. You know, this system of testing now so quick and so easy,’ he said.

Johnson was transferred to the ICU at St Thomas’ Hospital in London Monday evening – 11 days after testing positive for the deadly disease. He asked foreign secretary Dominic Raab to deputize for him ‘where necessary.’ 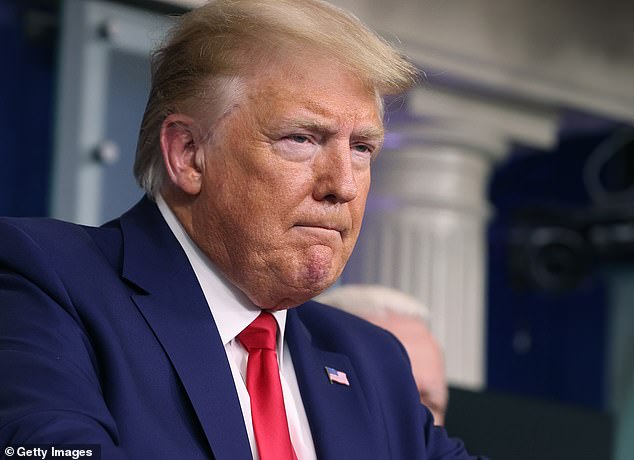 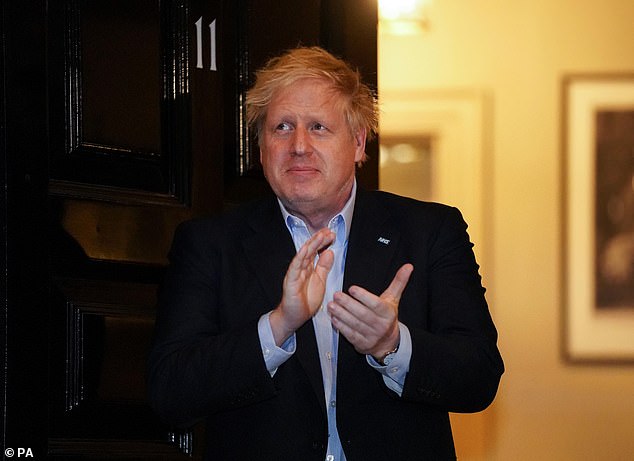 British Prime Minister Boris Johnson pictured before he went to the hospital; he was transfered to the ICU Monday night – 11 days after testing positive for the coronavirus 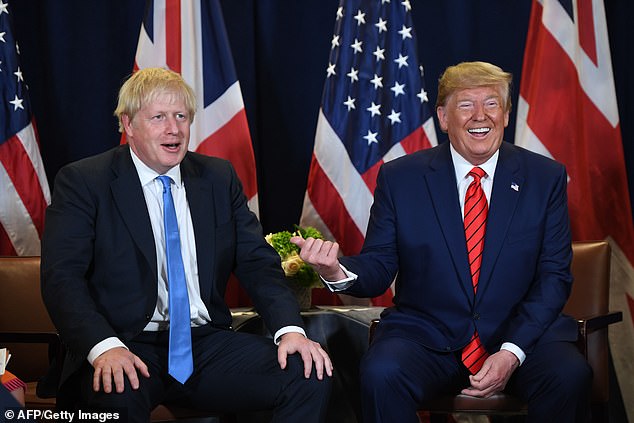 ‘I want to send best wishes to a great friend of mine, and a great friend of our nation, Boris Johnson,’ he said at the White House. ‘We are very saddened to hear that he was taken into intensive car this afternoon, a little while ago. Americans are all praying for him. He’s been a really good friend.’

President Trump has been tested twice for the coronavirus and gotten negative results both times. The president also revealed Vice President Mike Pence received a second coronavirus test on Monday.

‘And you were tested again today? Are you sure you’re okay?,’ he said to Pence.

The president and vice president have not maintained the recommended six feet of separation as part of social distancing guidelines. Trump has defended that, saying the stage where they talk for the press briefing is too small to allow that.

The White House announced last week that anyone who comes into close proximity of the two men will be given a coronavirus test to limit ‘inadvertent transmission’ of the disease.

But the president did not answer when he will complete his annual presidential physical after prematurely completing the first part in an impromptu checkup in mid-November.

‘I had a physical, the first half was very successful,’ the president said Monday. ‘I did it on a day when I was in the White House were able to do that as the doctor reported. The second half of the physical. It’s probably done at Walter Reed and I will do that at the appropriate time. I feel very good. According to the doctor, very good shape.’

In mid-November, Trump made an unplanned and unannounced visit to Walter Reed Medical Center where he was said to have completed ‘phase one’ of his annual physical.

Presidential annual physicals are traditionally conducted toward the beginning of each year, but Trump said while he had the free time he wanted to get part of it done.

Trump faced an onslaught of accusations in November that he was facing physical concerns after he made the trip to Walter Reed without prior notice.

He brushed it off in comment about a week after the visit, claiming he agreed to the invitation for an early visit because he didn’t want to watch the boring college football lineup that day.

‘The doctor said, ‘Sir … You might be able to knock off half of your physical’,’ the president recalled in a ‘Fox & Friends’ interview at the time. ‘I said, ‘You know what? That’s not a bad idea,’ because I had three hours.’

Trump said his decision was ‘between that and watching a football game that I didn’t want to watch. … I had three free hours.’ So he spent the afternoon at Walter Reed National Military Medical Center in Bethesda, Maryland. 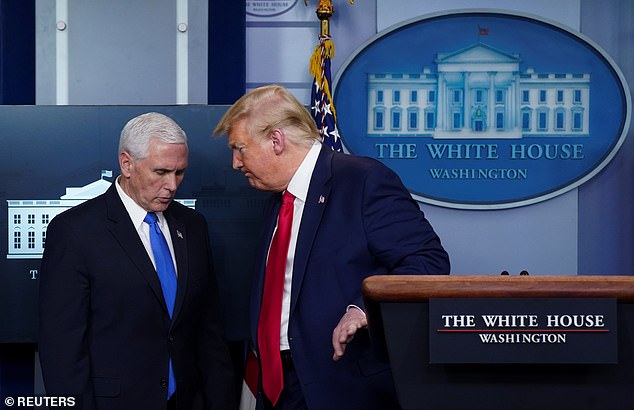 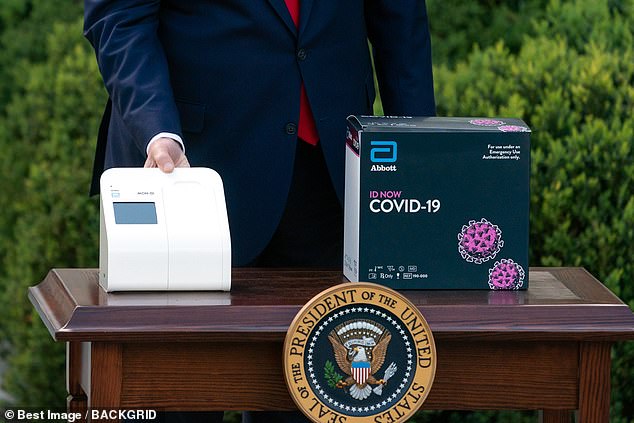 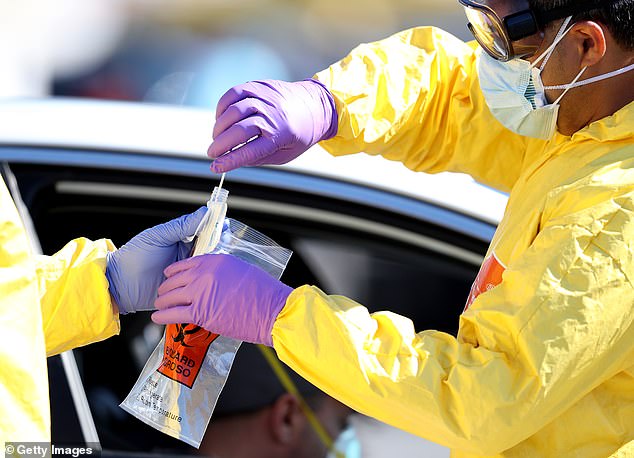 A medical professional collects a sample after administering a coronavirus test to a patient at a drive-thru coronavirus testing site run by ProHealth Care in Jericho, New York

But the White House has cracked down on people coming into close contact with the president. All staff and media have their temperatures checked before they can enter the White House complex. Additionally reporters attending the daily press briefing undergo a second temperature check.

Additionally Trump and Pence have limited their travel outside of the White House and vice president’s residence. However both men have had meetings with outsiders, such as a Friday meeting with energy company executives. Those executives were tested before the coronavirus ahead of their sit-down with Trump and Pence.

Trump has touted the new coronavirus test that  has results back in 15 minutes.

One perplexing aspect of the coronavirus is that infected people can spread it without even knowing they have the illness or before symptoms have become evident.