AN explosive new book claims Prince Charles questioned the future skin tone of Prince Harry and Meghan’s children — a few hours after their engagement was announced.

It alleges that Charles asked wife Camilla over breakfast: “I wonder what the children will look like?’’ 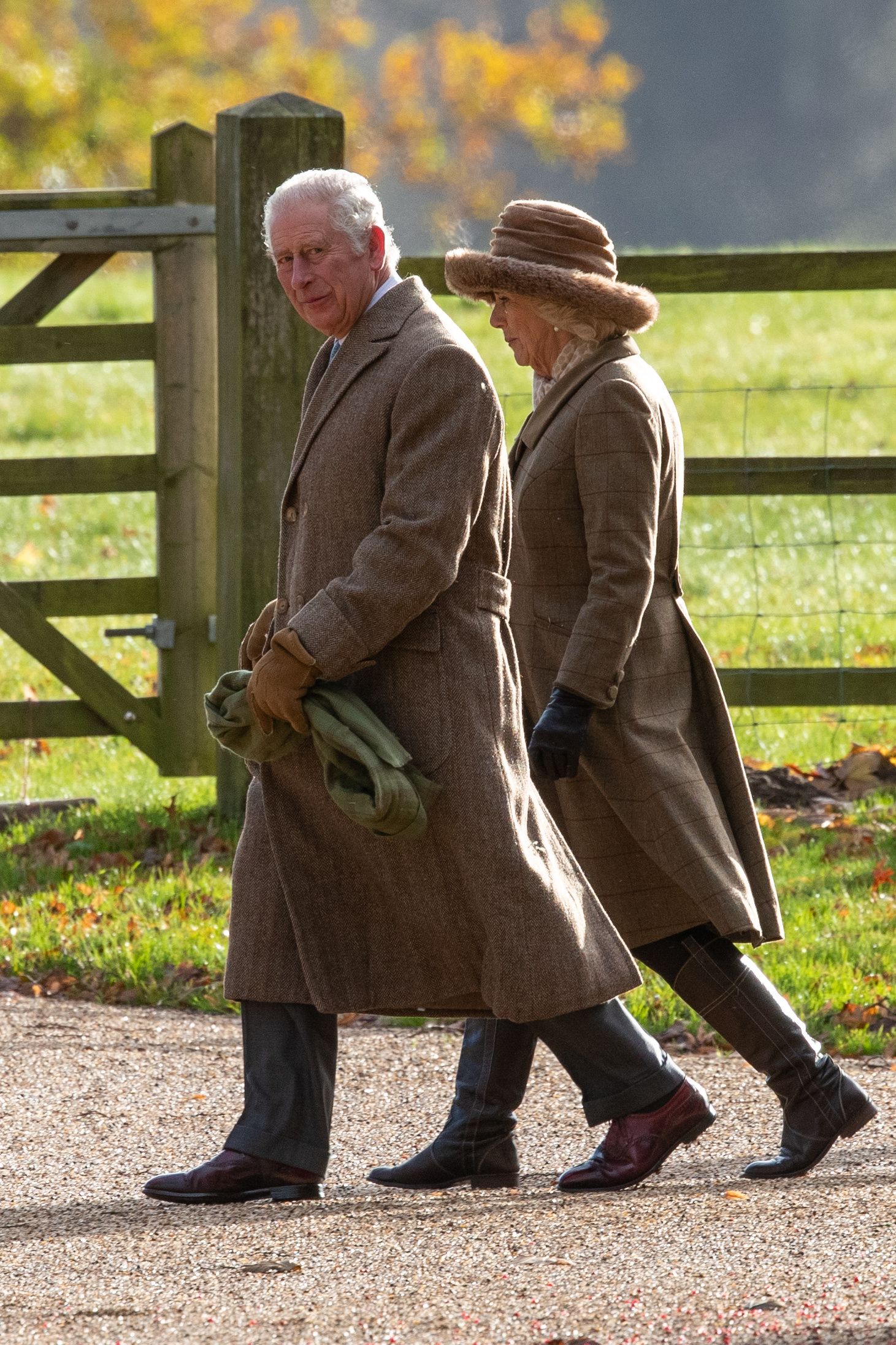 Charles is said to have lowered his voice and added: “I mean, what do you think their children’s complexion might be?’’

The Prince’s spokesman told The Sun: “This is fiction and not worth further comment.”

The allegations feature in Christopher Andersen’s US book Brothers And Wives: Inside the Private Lives of William, Kate, Harry and Meghan, which is due out tomorrow.

In March, Meghan told US chat show queen Oprah Winfrey the Royal Family had “concerns and conversations about how dark” her son Archie’s “skin might be when he was born”.

But the person responsible was never named, with Meghan adding: “That would be very damaging to them.”

The Sun understands the book’s claims were put to Clarence House only on Friday.

Aides denied the conversation ever took place and royal lawyers were understood to have been alerted.

The book’s allegations emerged hours before the BBC tonight shows the second part of its controversial documentary The Princes and the Press, presented by republican Amol Rajan.

Palace insiders poured cold water on US-based Andersen’s knowledge of deeply private exchanges between Charles, 73, and Camilla, 74, on the day of Harry and Meghan’s engagement.

One insider added: “The claims are utterly ridiculous.

“There is more of a concern that commenting on it will simply sell more books than actually damage Charles’ reputation.”

Royal author Ingrid Seward said: “I think Charles would be very irritated and annoyed by this sort of claim because the last thing he is, is racist.

“If he made the remark I’m sure it was in a perfectly innocent way, as anyone would ask about the birth of a child and how the baby would look.

“I think he would be surprised someone could attribute such a sentence to him — and I’m pretty certain Charles doesn’t even have breakfast with Camilla.”

Despite the fierce show of loyalty from Charles’ side, Harry and Meghan’s team “did not respond to requests for comment” from Page Six.

Mr Andersen hints that the Prince’s alleged comments on November 27, 2017, were made innocently.

The report claimed they “reached toxic proportions” by the time Harry and Meghan were informed.

Mr Andersen adds: “The question posed by Charles was being echoed in a less innocent way throughout the halls of Buckingham Palace.”

He is said to point the finger for the explosive Oprah interview on aides, whose gossip focused on how the Royal Family would “look to the rest of the world” once Meghan, who is biracial, joined.

But Charles allegedly told him he was being “overly sensitive about the matter”.

Prince William also played down the row, allegedly calling his dad’s comments “tactless” but “not a sign of racism within the family”.

Mr Andersen’s book also says the Queen’s decision to move a portrait of Harry, Meghan and Archie off camera before her 2019 Christmas address sparked a major rift.

The author claims that Harry, 37, later told a pal he “felt as if he, Meghan and Archie were being erased from the family”.

'ERASED FROM THE FAMILY'

Buckingham Palace said last night: “We don’t comment on books of this kind as to do so risks giving it some form of authority or credibility.”

Meanwhile, Mr Andersen also alleges Harry reacted with fury when William questioned the speed of his romance with Meghan.

He claims William, 39, told his younger brother in September 2017: “Why rush things?”

But Harry replied: “Who the hell do you think you are?”

Mr Andersen says William enlisted his uncle, Earl Spencer, to try to “slow down” his brother’s relationship with Meghan.

But the author claimed that made “matters far worse”.

During her Oprah interview Meghan, 40, claimed Harry had been part of “several conversations” with family members who had asked about Archie’s skin colour.

Harry later said: “That conversation I’m never going to share, but at the time, it was awkward. I was a bit shocked.”

Book will cast a shadow over visit

CLAIMS that Prince Charles asked about the complexion of Harry and Meghan’s children came just hours before he flew to Barbados.

The Prince of Wales, 73, will represent the Queen at a ceremony early tomorrow to mark the transition of the Caribbean island to a republic. 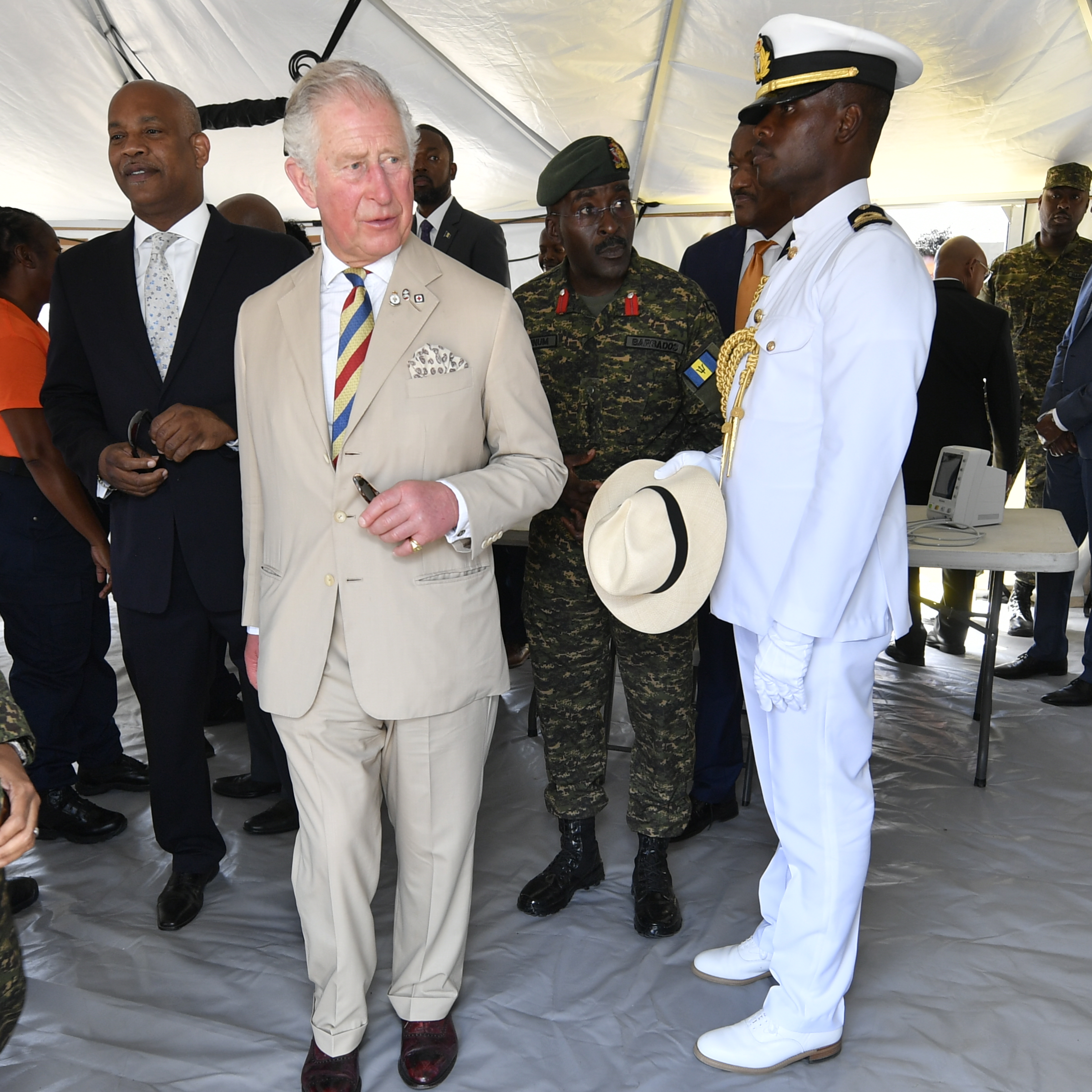 Insiders fear that the skin rumpus will tarnish the trip — the first time a member of the Royal Family has attended such an event.

A source said: “It would be awful if this overshadowed what is a significant and historic occasion.”

Barbados became independent in 1966 but the Queen, 95, remained its constitutional monarch.

It will become the first country to remove her as head of state since 1992.

In 2016, Charles was left embarrassed on a tour of Oman when Harry and Meghan dropped their bombshell statement about how they thought they were being mistreated.

HARRY and Meghan sparked the “who was the royal racist” mystery in their Oprah Winfrey interview.

They claimed a senior Royal Family member asked what Archie’s skin colour might be but refused to name them.

Harry later insisted it was not the Queen or Duke of Edinburgh.

Her Majesty later announced an investigation into the claims would be launched.

Then, Prince William was asked by a reporter: “Is the Royal Family a racist family?”

He replied: “We’re very much not a ­racist family.”

The Sun revealed the Palace feared Harry would name the racist in his memoir.