A PROFESSIONAL footballer has been accused of touching his penis while staring at a young woman on a train.

Paul Kalambayi, AFC Wimbledon defender, was wearing the official club tracksuit when the incident happened – but he claims he was adjusting the volume of his headphones. 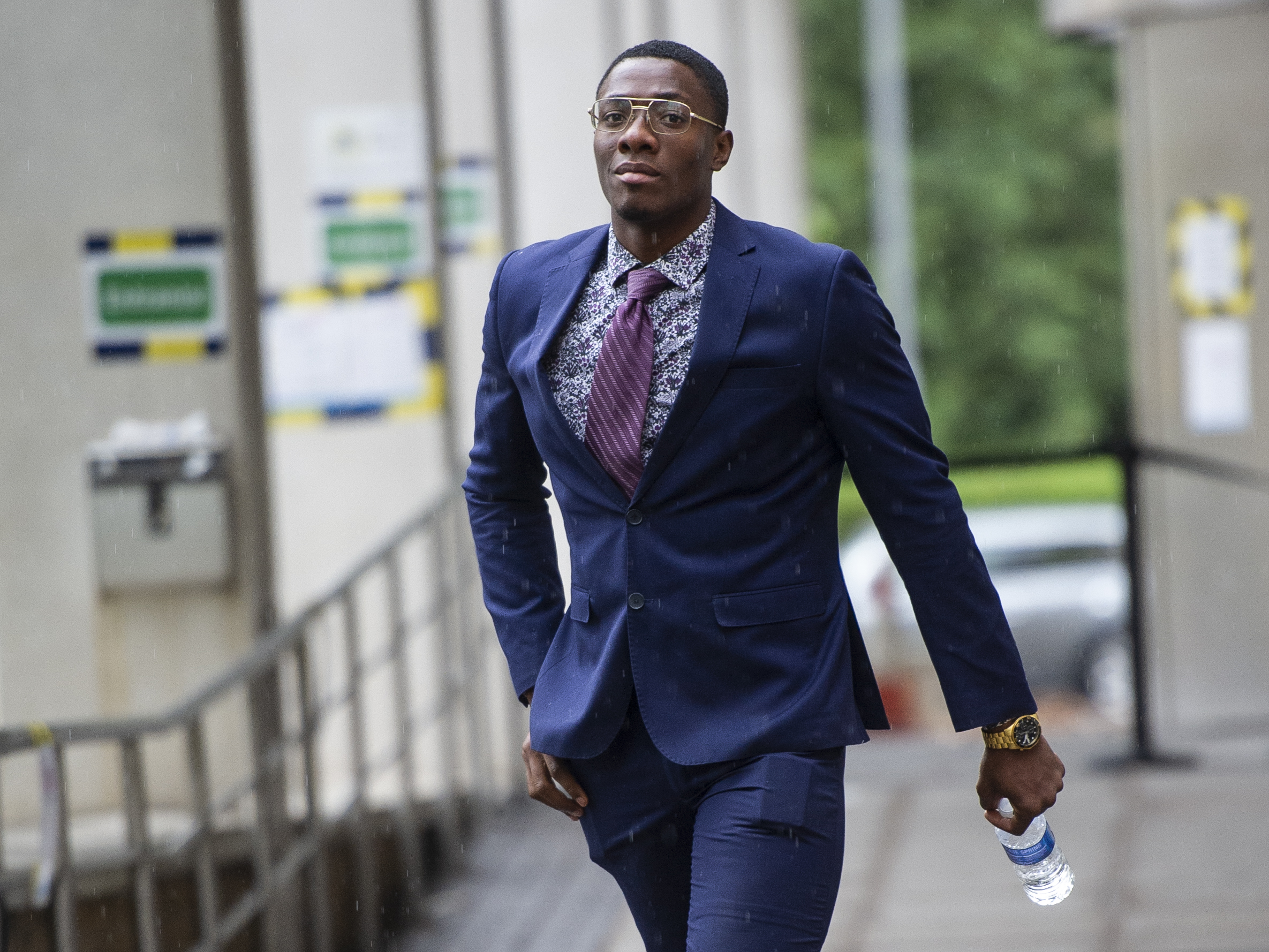 The 21-year-old was accused of being sat across from one woman on the train, before moving to sit opposite the young woman in question.

He was on his way to the club's training ground in Berrylands, south west London.

Kingston Crown Court heard how the train carriage was empty except for the defendant, alleged victim and two other passengers.

The young woman gave evidence against Kalambayi, who was 19 at the time of the alleged assault.

She said he was watching her and that when she looked up she caught him playing with himself.

"The way he was touching himself it was like a gesture to try and entice me to him.

"He was holding it and showing me like 'look at my erect penis'."

She said she was "shocked" by his behaviour and "wanted to get away from him" so moved to stand by the train doors.

"There were ample places he could have sat. He was looking around for somewhere to sit and he chose to sit directly in front of the woman who was on my train.

"I looked at her because he smelt quite badly of BO and it took me back a bit, so I imagine it took her back a bit as well.

"I looked over at her and she looked up at him in kind of like disgust, because he did smell bad. As the train was going he then got out his seat and went to the two seats behind him.

"The way he sat down was odd as well. He sat kind of slouched across both seats in my direction with his body towards me.

"I noticed he was fiddling around with his trousers and he was holding his erect penis. And I could see it was his penis because of where it was on his body and the shape of it."

She added: "I was just shocked and disgusted really and it annoyed me a lot that he thought that was an appropriate thing to do to anyone."

Kalambayi, of Southwalk, said he may have been "adjusting the volume on his headphones" from a button in his pocket or "fixing his boxers" and denies allegations that he was playing with his penis.

He also said he moved from the first seat for "more legroom".

In CCTV footage shown to jurors, the woman can be seen looking at Kalambayi and moving away from him to the train doors.

Seconds later in the footage, the footballer was seen getting up and walking in the opposite direction from her and into the next carriage.

The 21-year-old has denied one count of outraging pubic decency after the incident in October 2018.

Kalambayi said: "[If I got into trouble] Most likely because I represent the club, I would lose my job and if that happens it would be hard to find another one."