HUNDREDS of frustrated protesters in Illinois called to end the state's lockdown order as Gov J.B. Pritzker vowed to reopen businesses by the end of the month.

Demonstrators gathered outside the Thompson Center and the State Capitol Building on Saturday as they called on Pritzker to end his executive stay-at-home order. 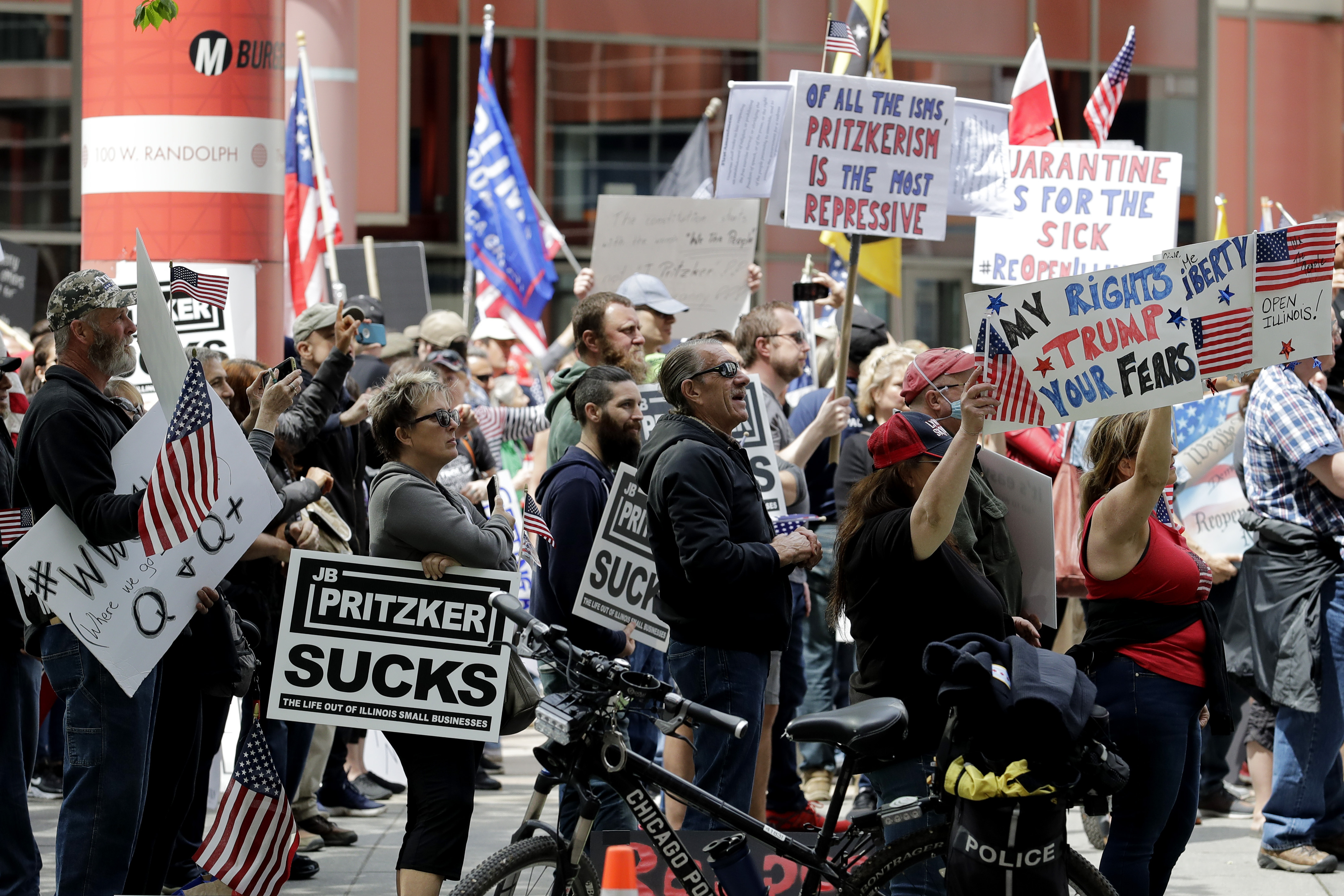 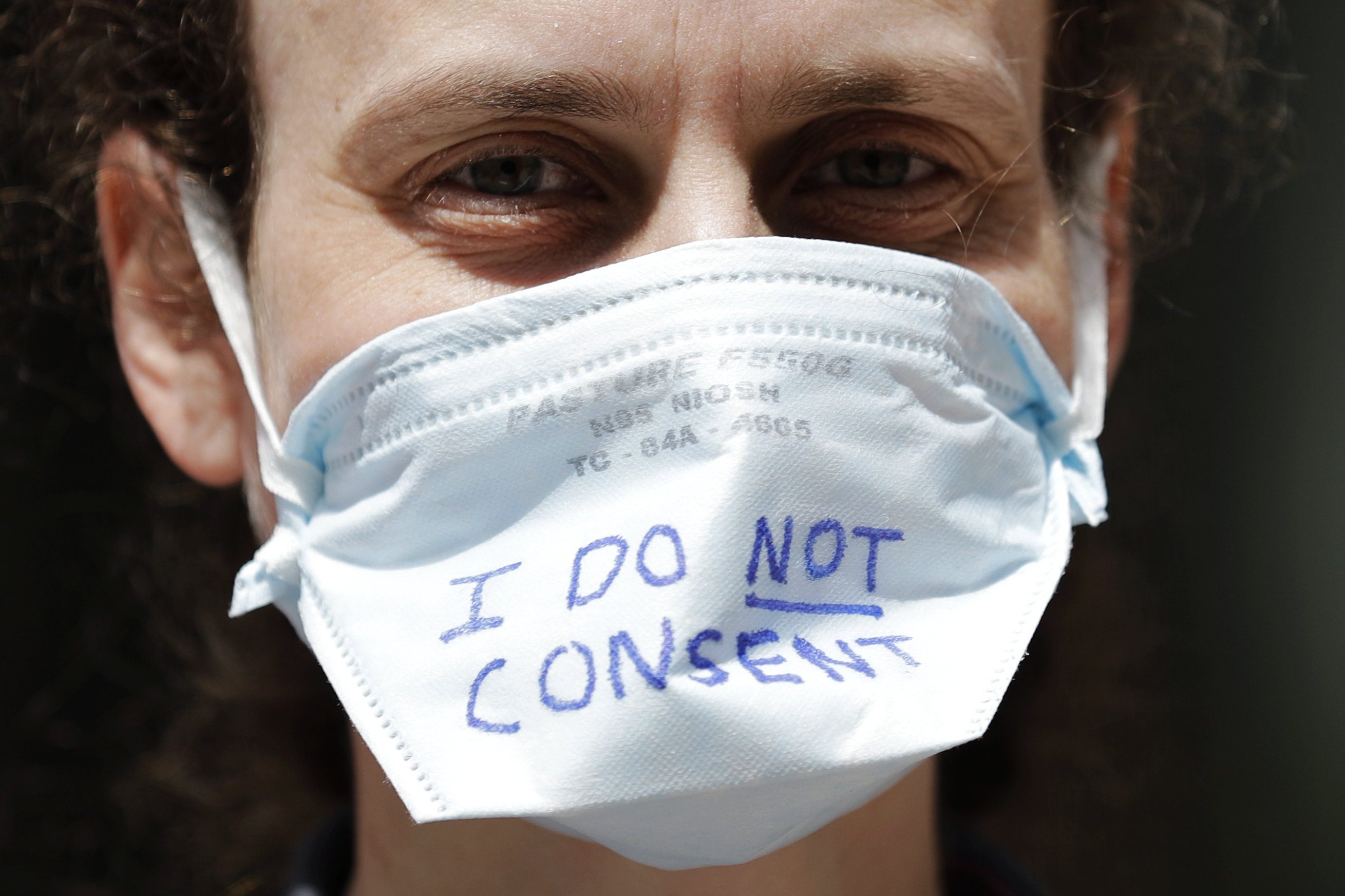 Several conservative and Republican speakers spoke at the rallies in Chicago and Springfield, where tense standoff ensued between police officers and protesters.

Many brandished signs calling for "FREEDOM" while others disparaged Pritzker and compared the governor – who is Jewish – to Adolf Hitler.

Other signs suggested that his executive order is part of a political ploy to sabotage President Donald Trump's reelection campaign.

"They said this was all about flattening the curve. I think we flattened the curve," Illinois Republican Party Chairman Tim Schneider told the Chicago Sun-Times on Saturday.

"You know what this is all about? This is about taking down President Trump in November." 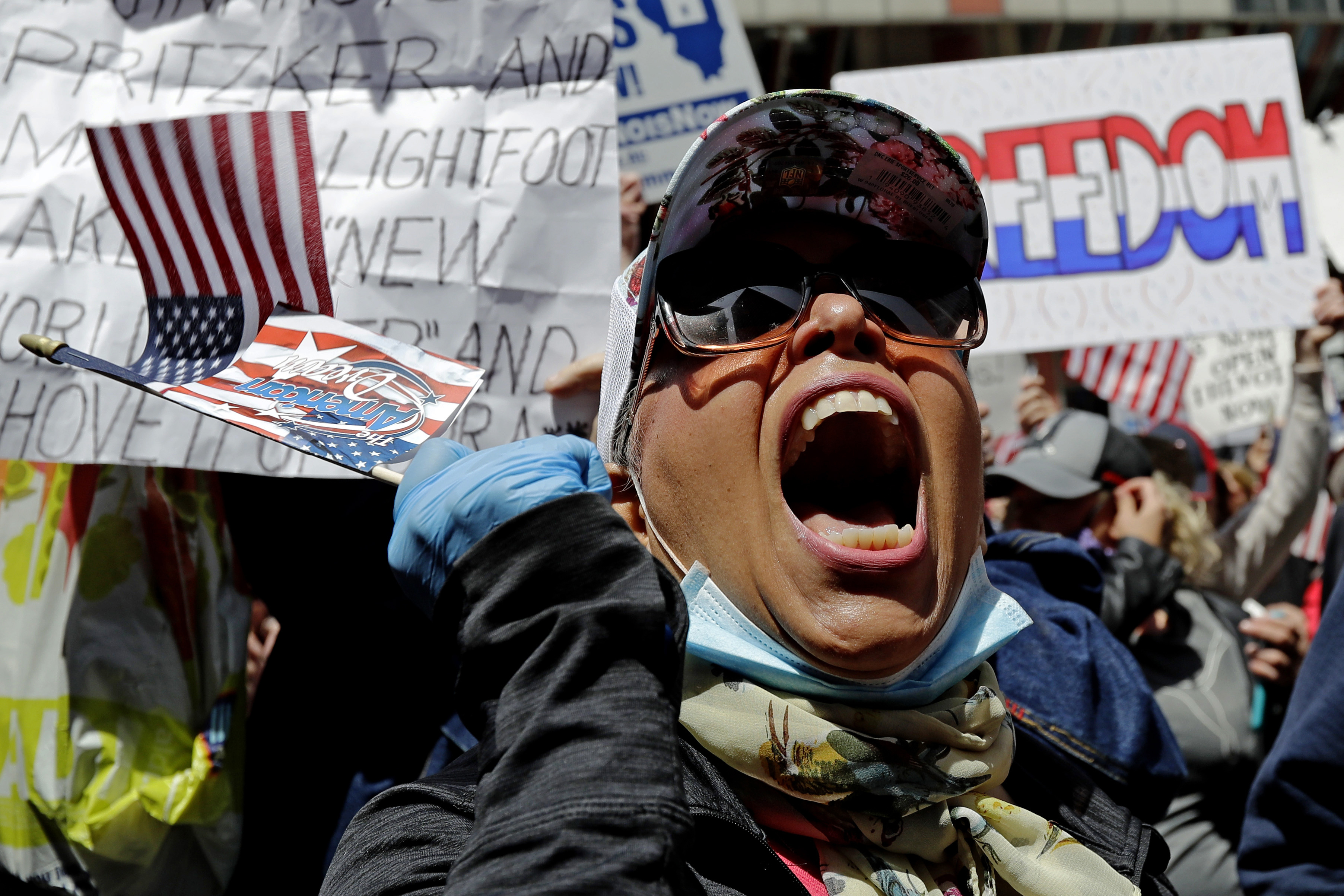 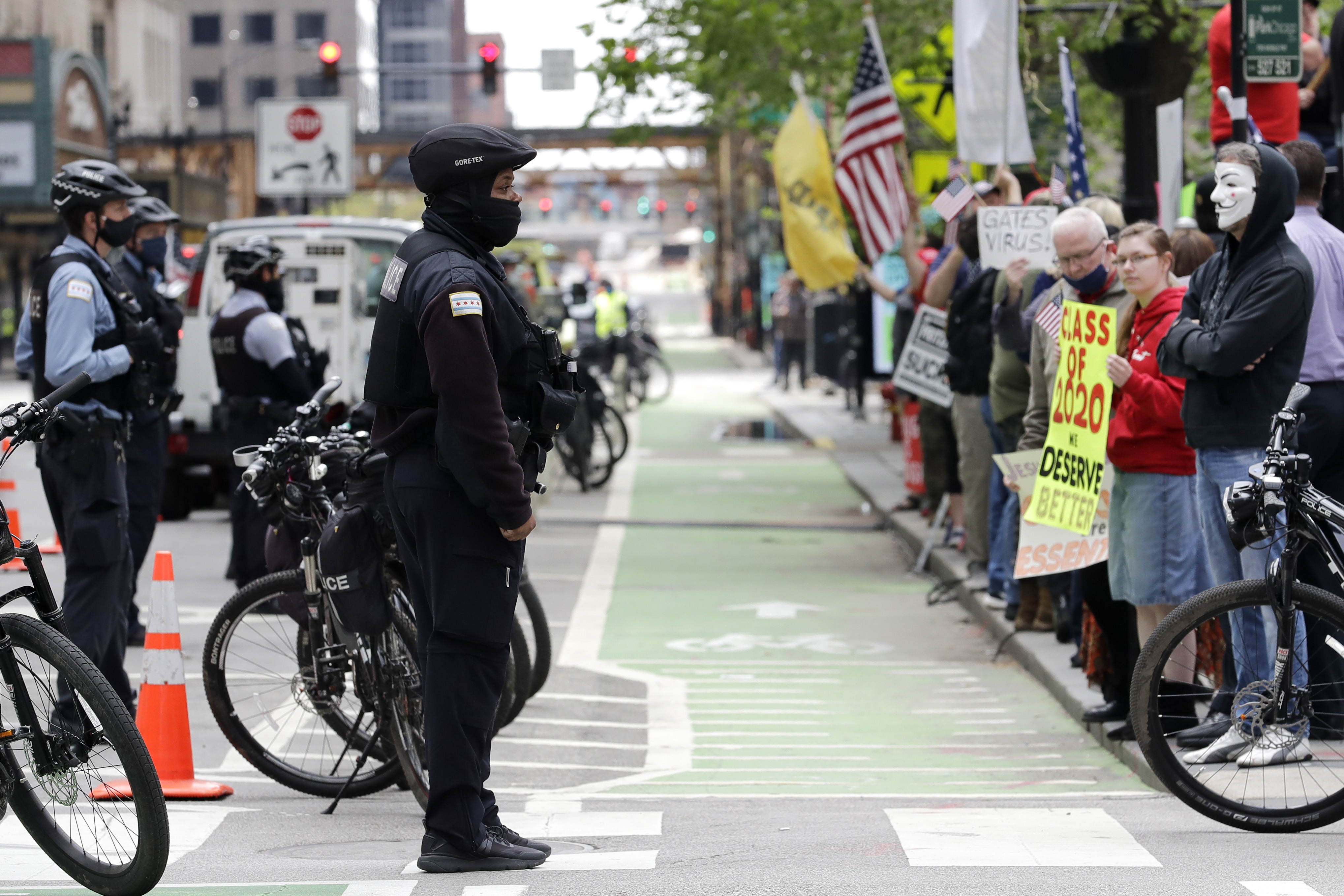 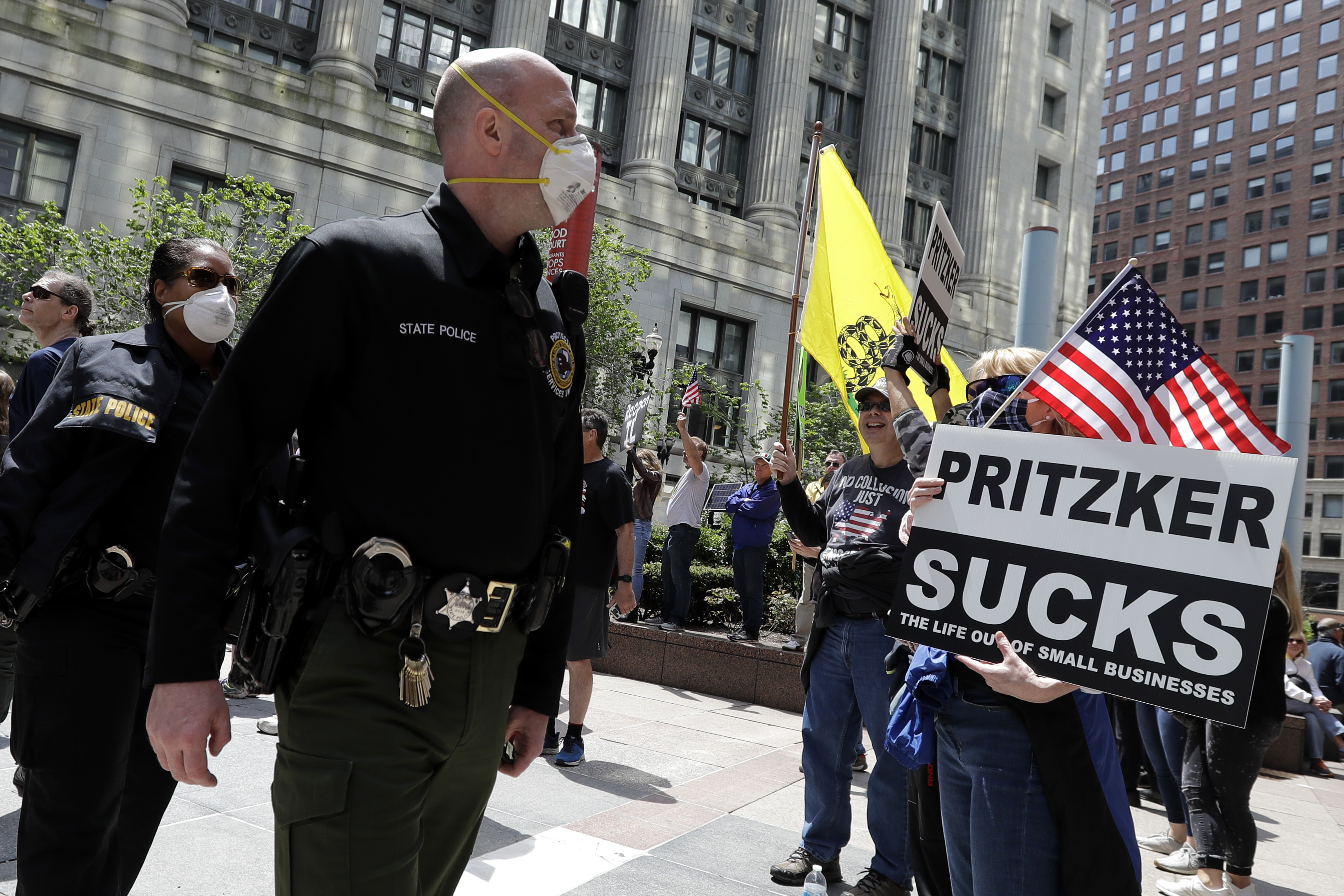 Protester Connie Unger backed up Schneider's sentiments and told the newspaper the Democratic governor has "overstepped his boundaries" with his stay-at-home orders.

"He is against our state, he has another motive, and I don't believe that he is a true patriot," she said.

"His motive is to be the most liberal governor so that he can run for a higher office."

The Illinois Department of Public Health also said another 2,088 people in the state have tested positive for COVID-19, while 4,058 residents have died from the virus.

But the Northeast region of the state met the governor's criteria to move into the third phase of his reopening plan when his pandemic lockdown order expires at the end of the month.

This means that several non-essential businesses like salons and barbershops could reopen with health precautions in place by May 29. 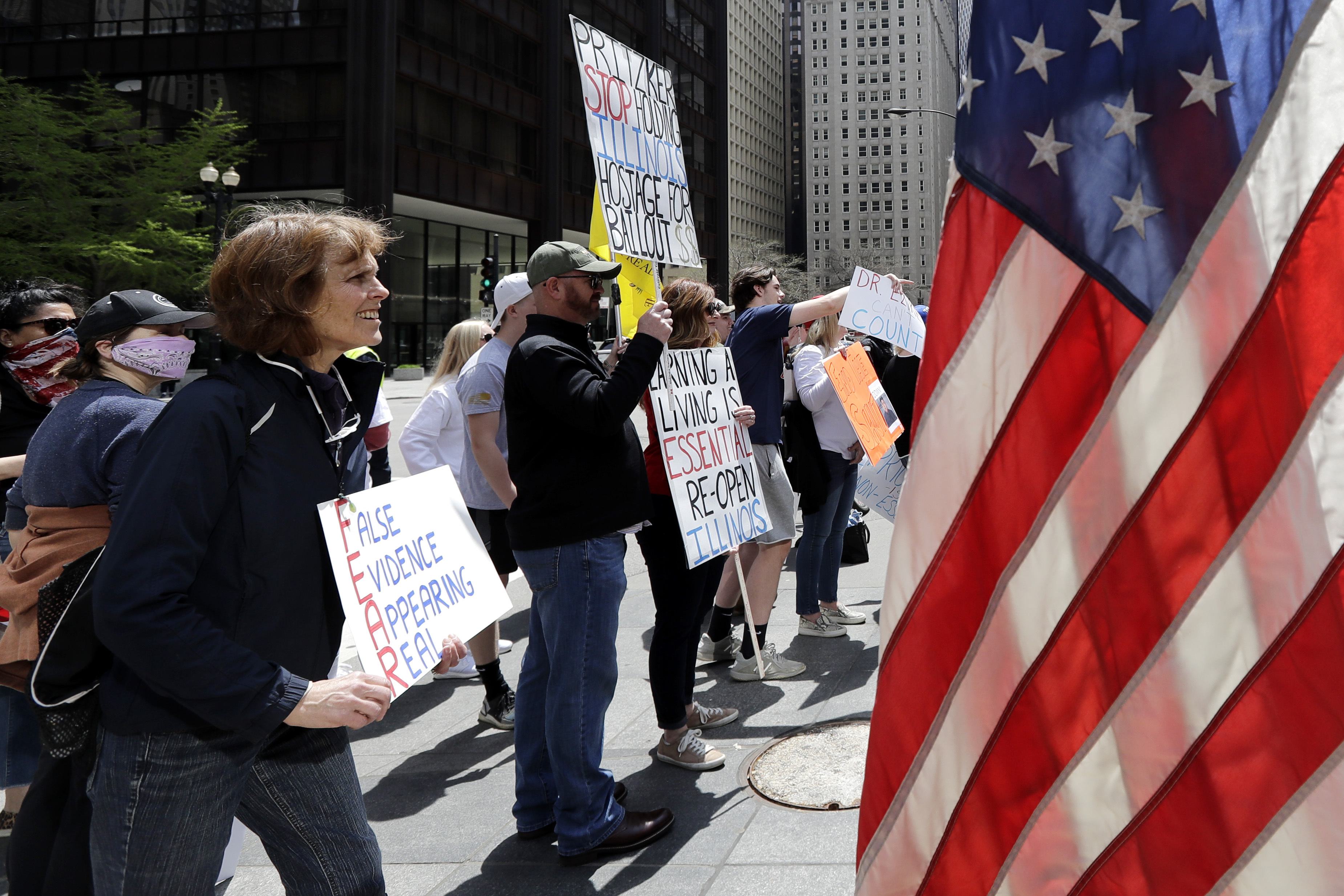 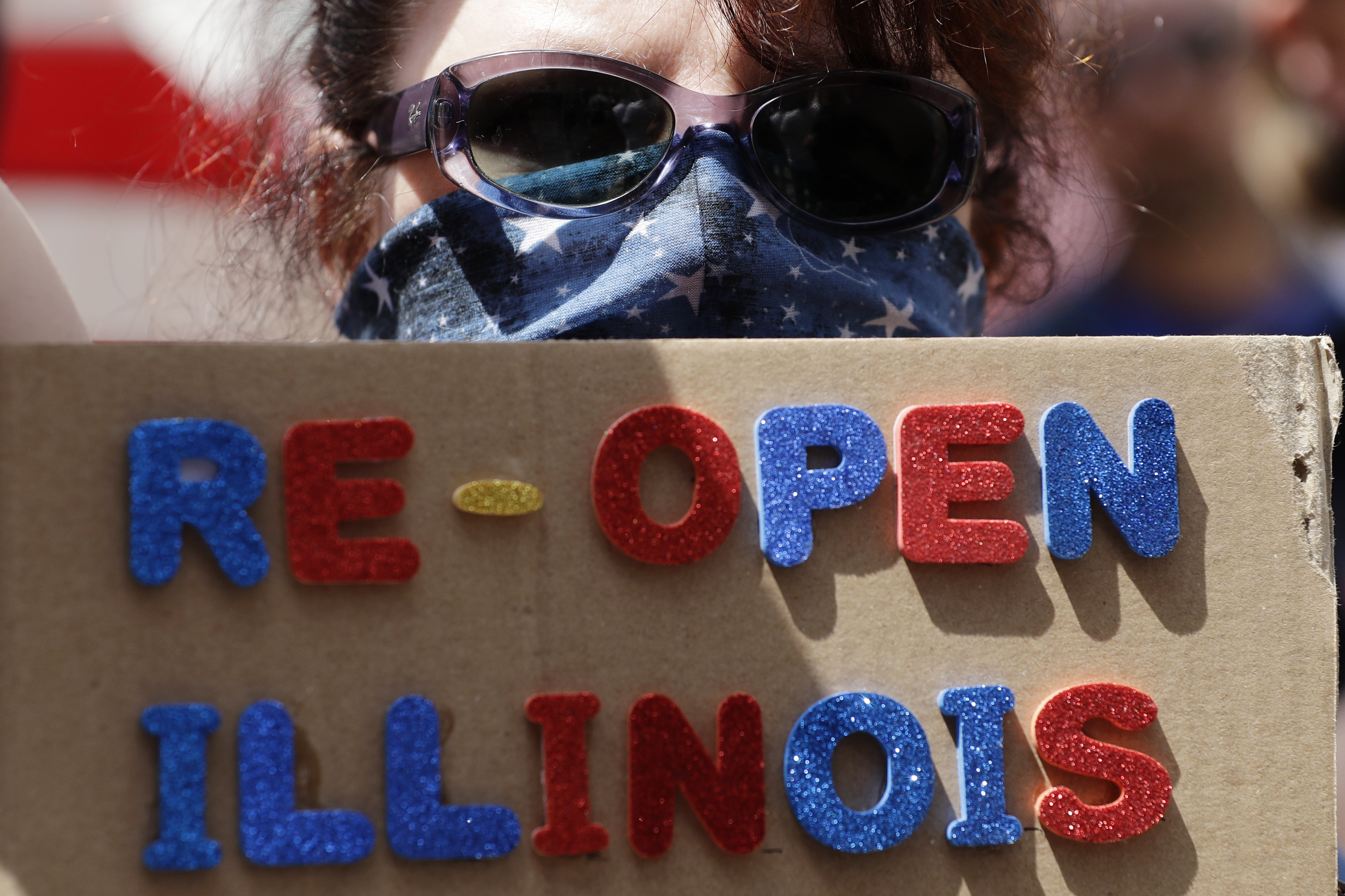 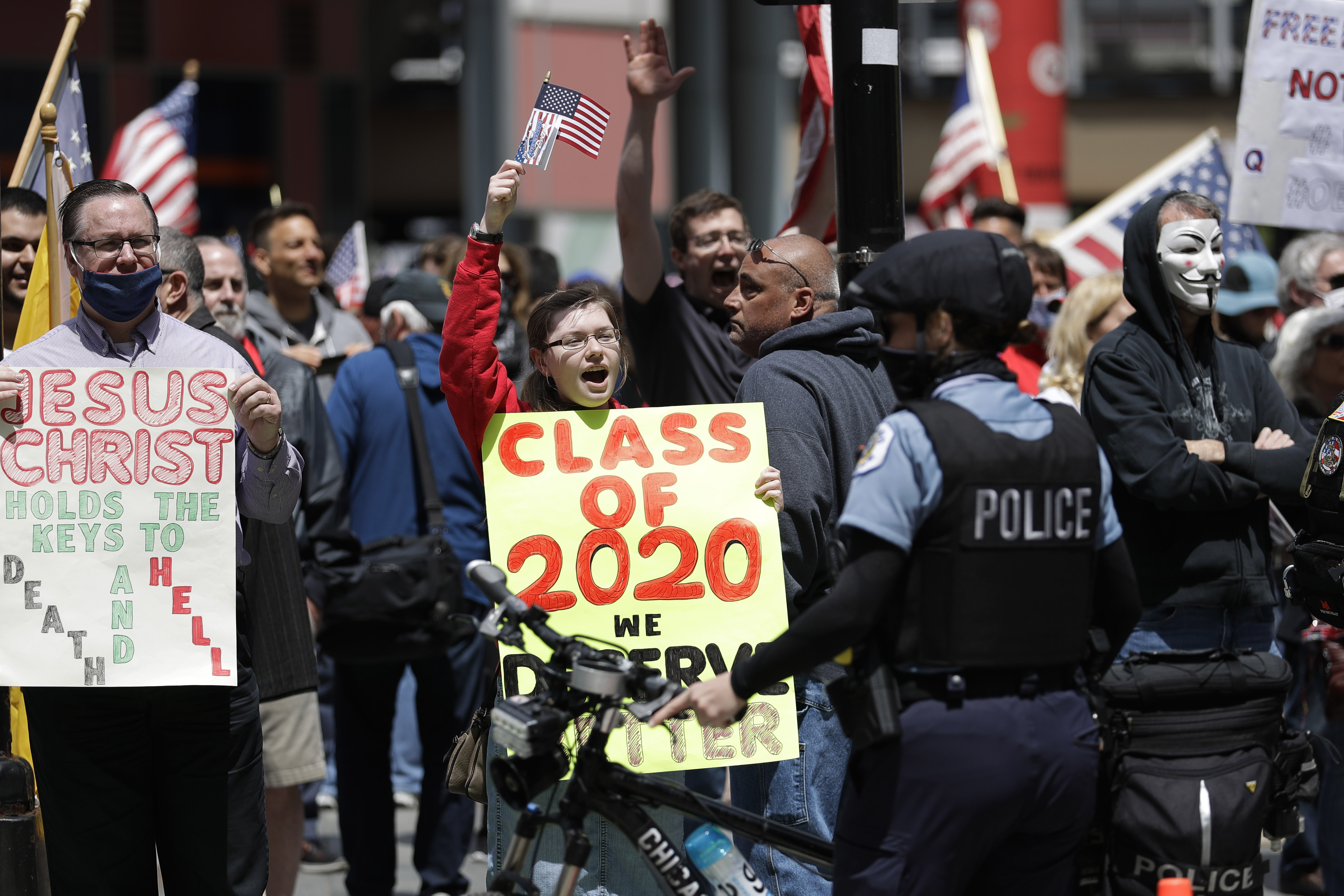 Pritzker revealed to WMAQ Saturday that despite the grim numbers, the percentage of people testing positive for the virus is declining.

"We've done so well up to now and I hope we continue on the same course," Pritzker said.

The governor hopes that as the state moves to open more testing sites, more areas will move closer to phase four of reopening at the end of June.

"As we open up more testing sites and as we make available more materials for testing, I think we're in a much better place," Pritzker told the news station.

"We're making a lot of progress, I feel like we're on a path to being in that spot."

The anti-lockdown protests in Illinois are part of several that have taken place throughout the country as Americans become increasingly restless. 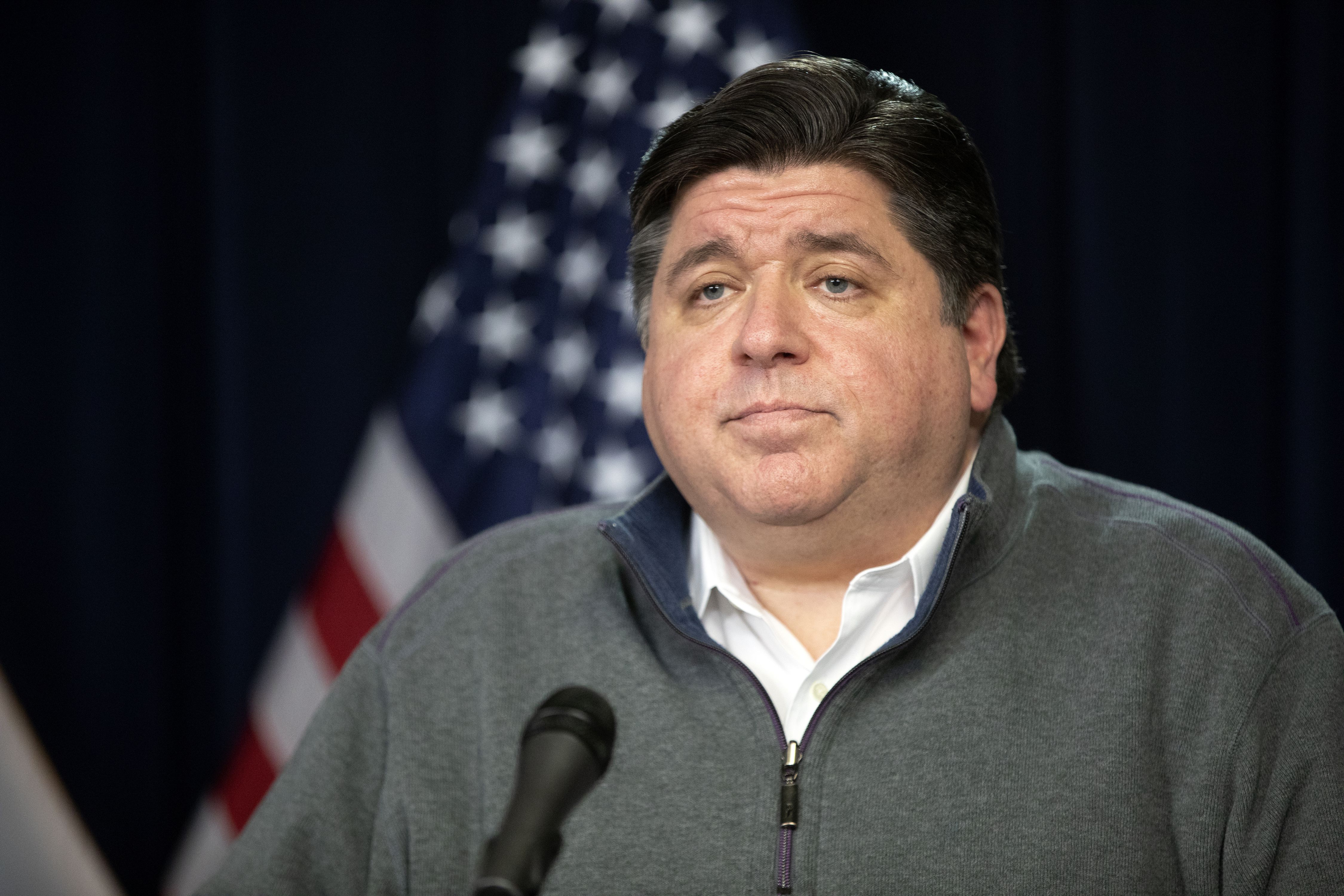 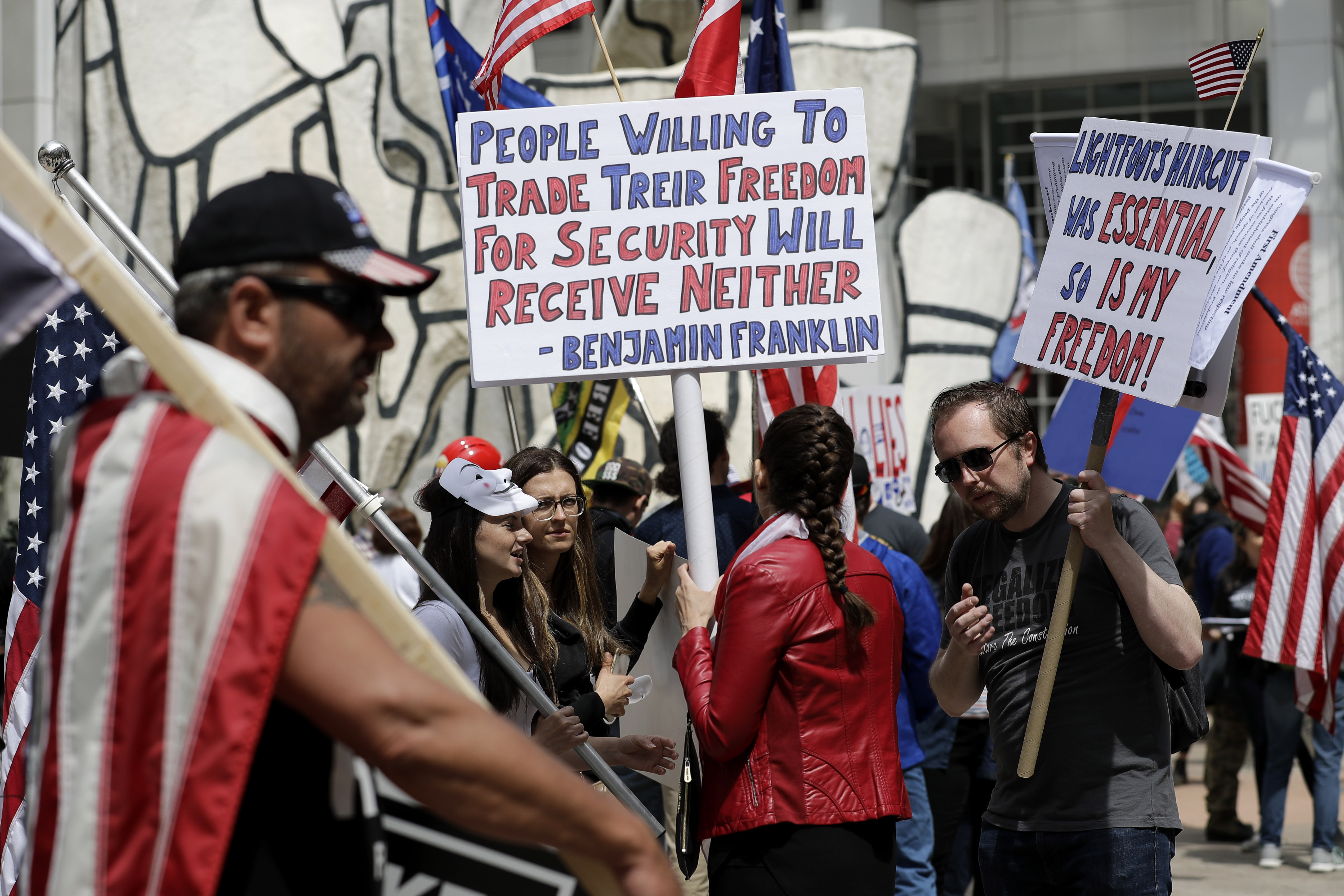 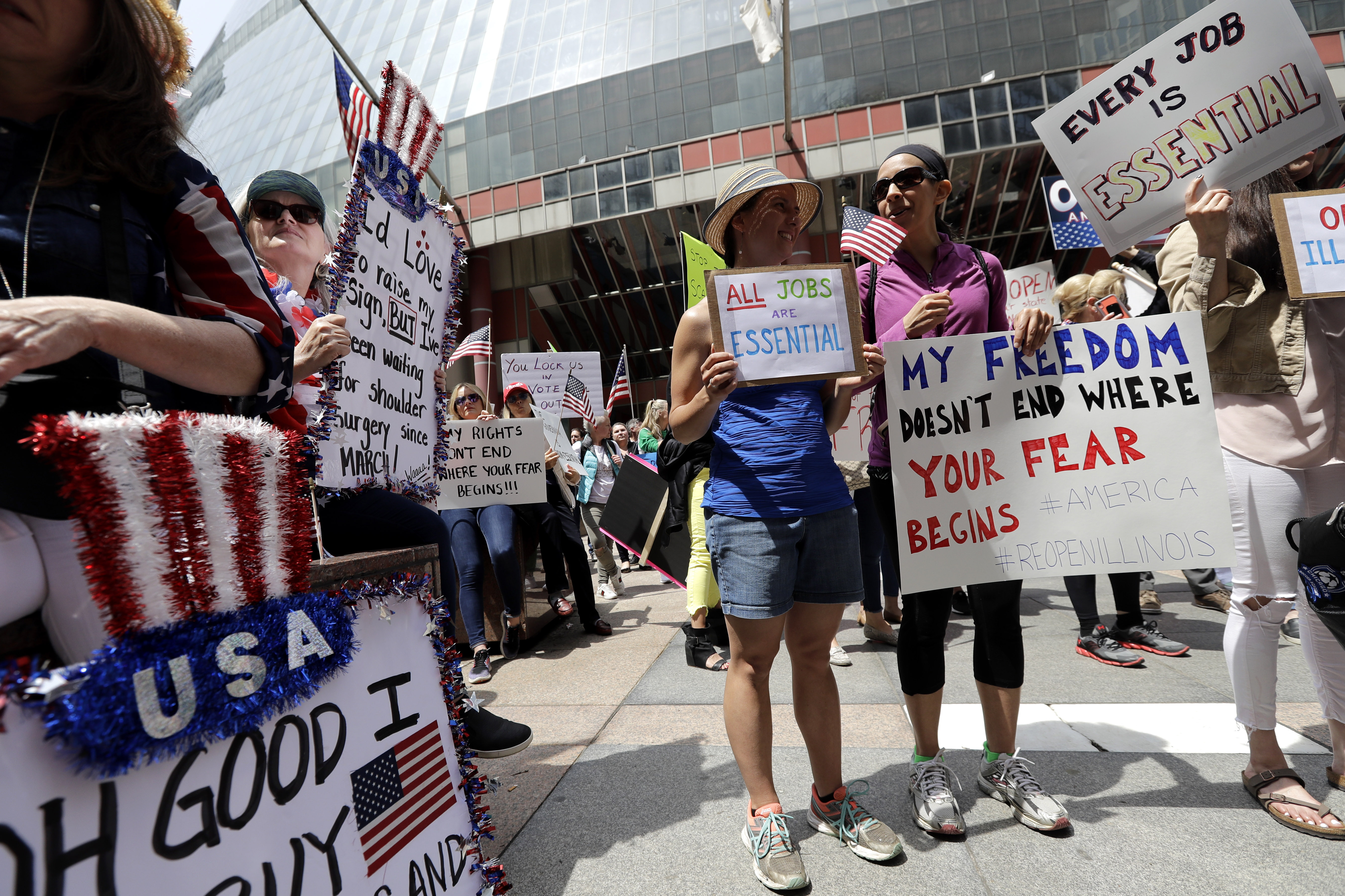 A viral video captured a reporter wearing a face mask being berated, chased, and insulted at an anti-lockdown rally in New York on Thursday.

At one of several protests on Thursday in Michigan, a fight broke out over a hanged doll representing Gov Gretchen Whitmer as armed militia men demonstrated in front of the state capitol.
More than 88,000 Americans have died from the coronavirus, while more than 1.4 million have been infected with the killer bug. 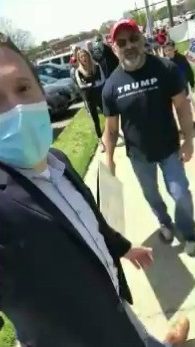 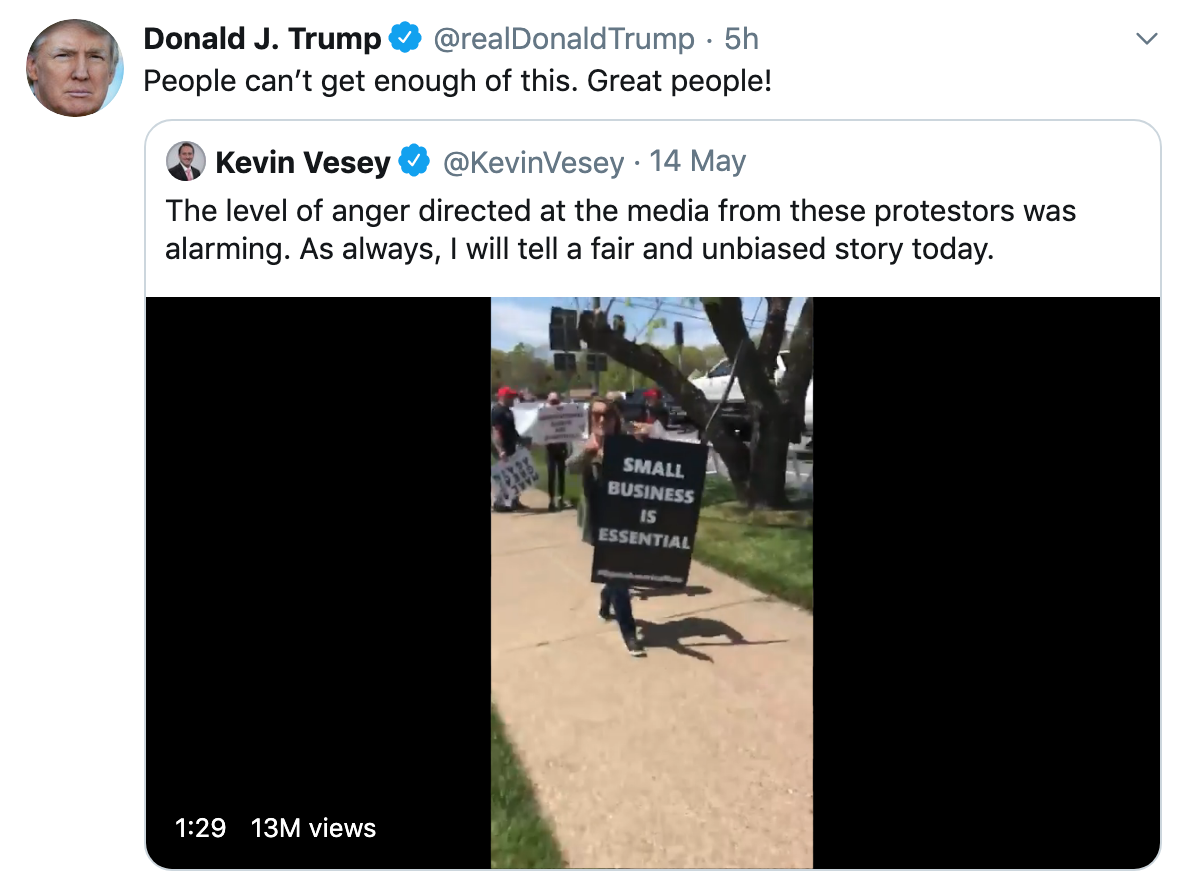 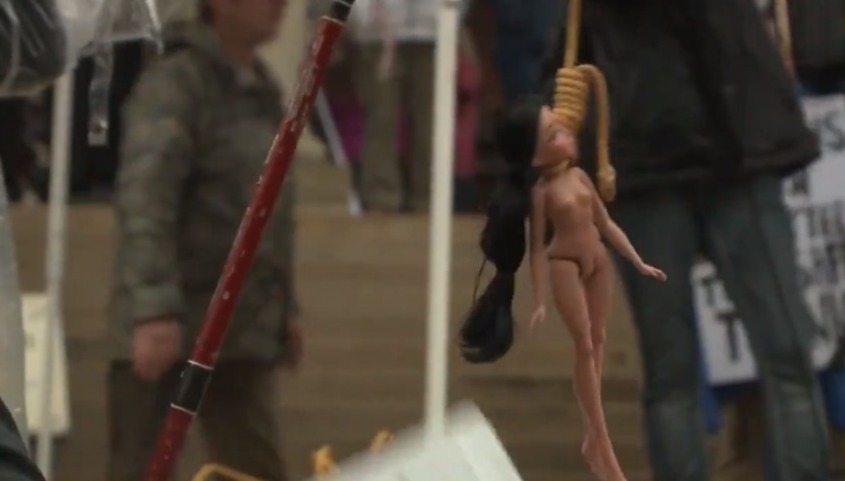 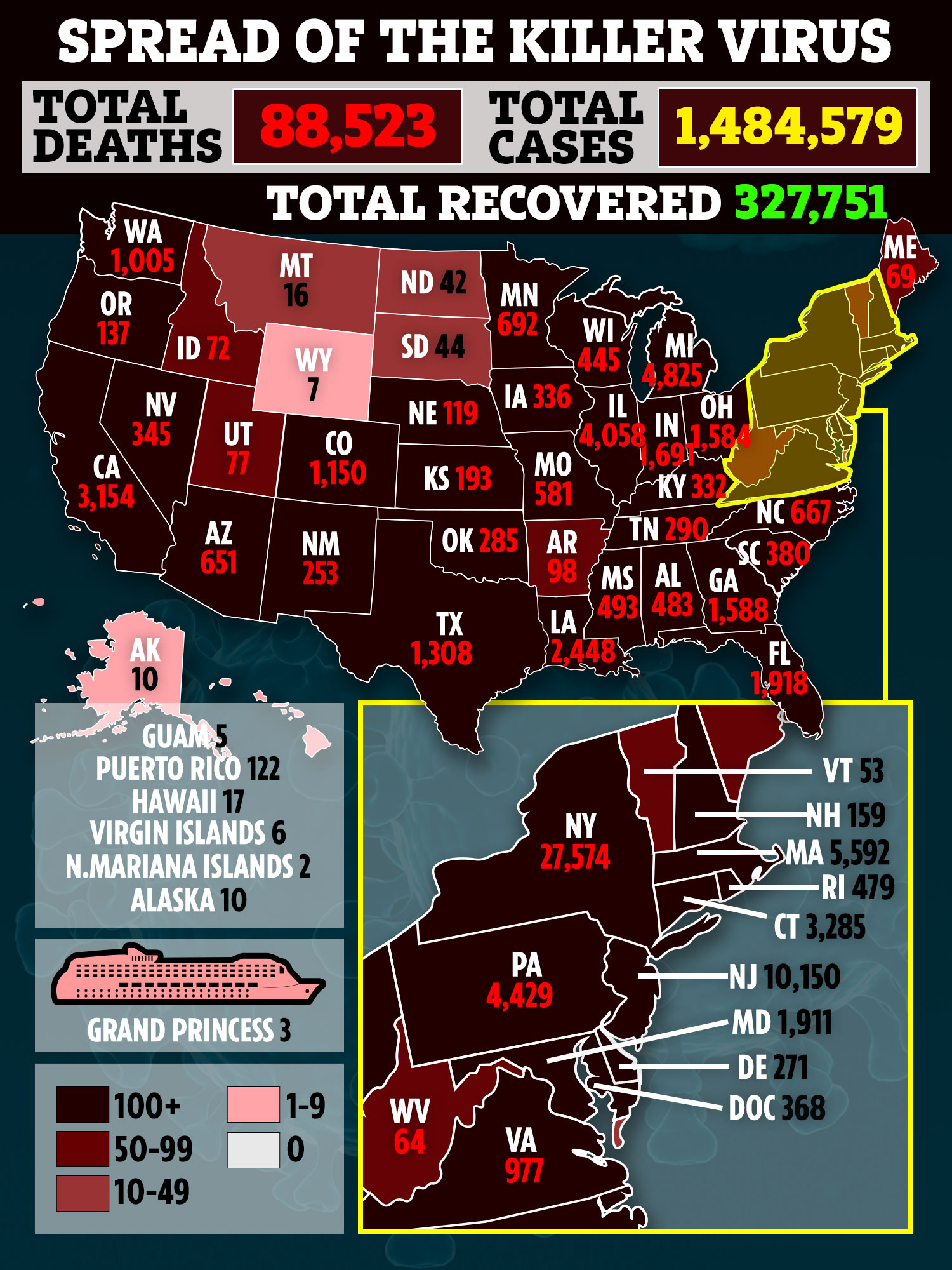