PUBS are wrongly turning away people who haven’t downloaded the NHS test and trace app, fuming punters have claimed.

Customers say they have been denied entry for not having the software on their phones – despite the app being plagued with glitches and technical faults since its launch last week. 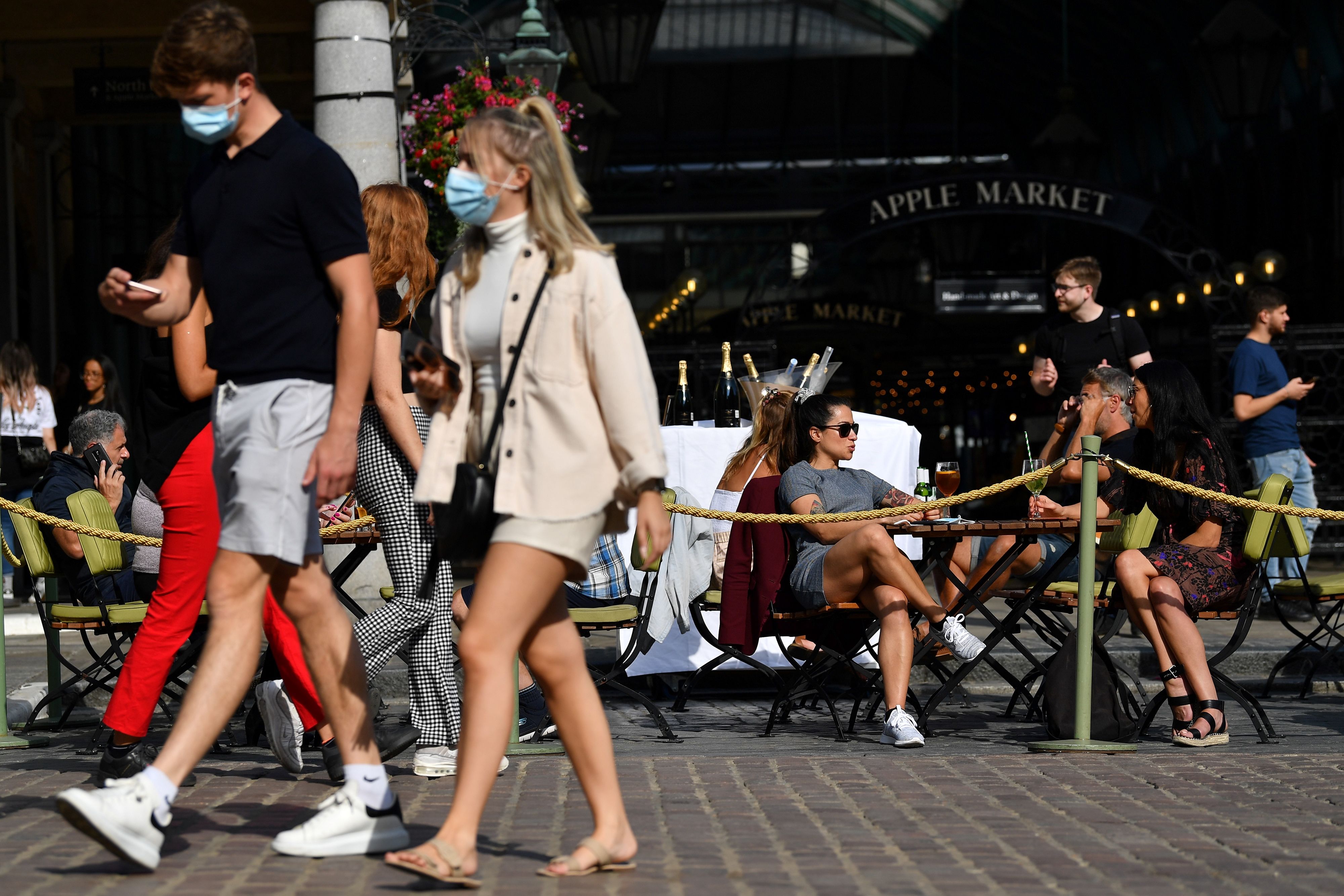 Around ten million Brits have downloaded the app on their phones – but it has been beset by technical faults which have left thousands unable to use the software.

The app, launched last Thursday, has been hailed by the government as a key part of its contact tracing efforts.

But in the latest glitch, some 70,000 users have been blocked from logging their test results.

Current government guidance states that Brits do not need to have the Test and Trace App in order to enter a venue – but will need to provide their contact details upon entry by another means.

If customers refuse to give their details, staff can bar them from entering a restaurant.

The app lets people scan barcode-like QR codes to register visits to hospitality venues and will use Apple and Google's method of detecting other smartphones nearby.

It tells people whether they have been close to someone who has had coronavirus and send out alerts advising them to self-isolate.

But Brits have been left fuming after claiming they were denied entry into boozers and other restaurants for not having the app.

Mum-of-two Clare Wakelam, 47, said she was turned away from Turtle Bay in Birmingham along with two other pals because they had not all downloaded the software.

The local authority worker told MailOnline: “When it was our turn the person at the door said unless we all downloaded the app we couldn’t enter the establishment.

“We went to a pub and we walked in fine and wrote our name and number down.

“If Turtle Bay had just asked for our details we would have handed it over happily, I’ve done it everywhere else I’ve been”.

Clare added that she wouldn’t download the app as she claims it would “cause too much trouble with how it alerts you and how sensitive it is".

Other Brits also raged on Twitter and claimed they were denied entry into boozers and other restaurants.

One customer wrote: "I have today been refused entry into two establishments {a cafe and a pub} because I haven’t downloaded the NHS track and trace app!! Is this right?”

Another Twitter user wrote: “I'm in a pub and apparently they've been told they can't serve anyone unless they have the track and trace app.” 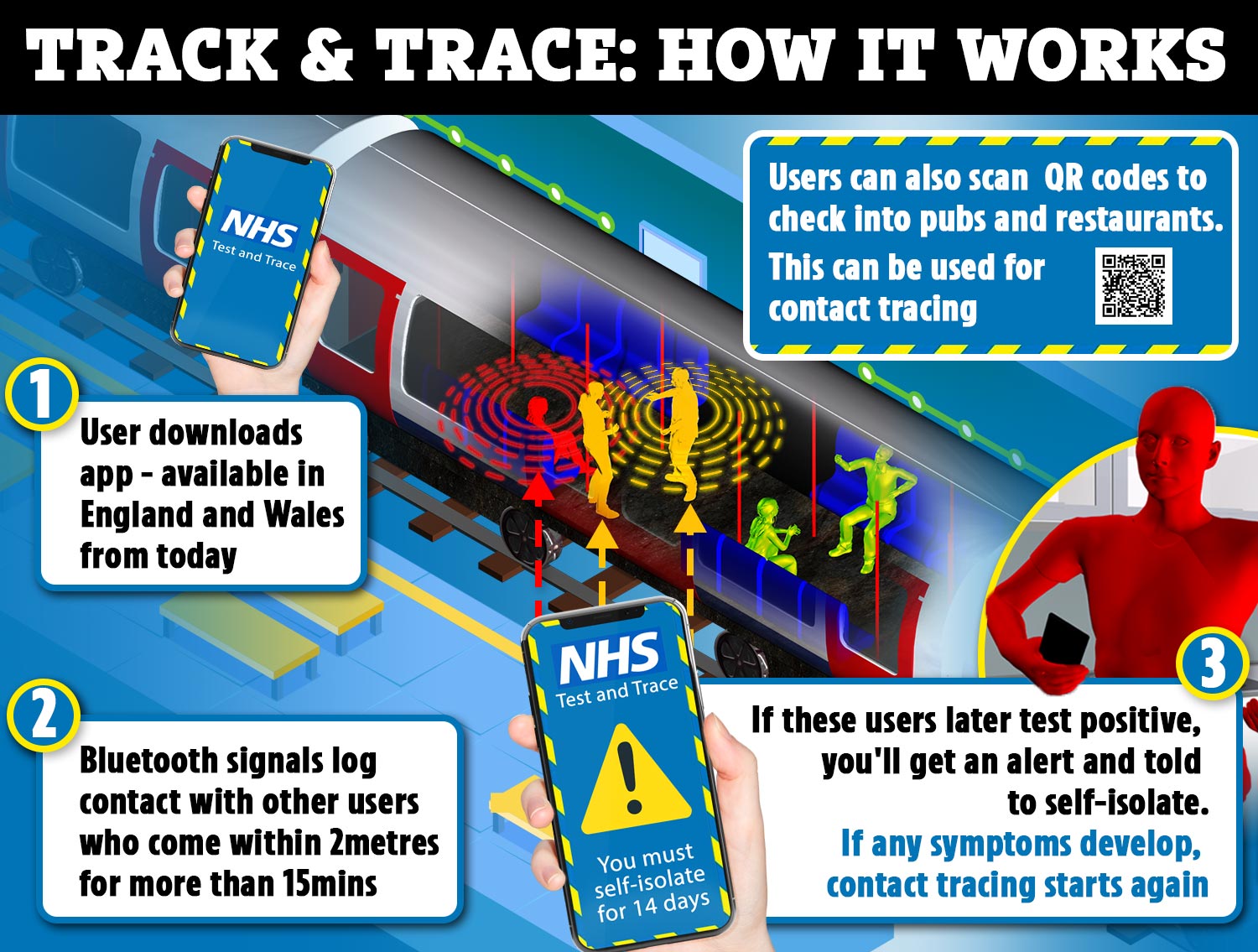 It comes after Matt Hancock claimed that the app had seen an “absolutely fantastic” response with six million downloads on launch day.

On Saturday, more than 1.5 million check-ins were recorded and over 460,000 businesses have downloaded and printed QR codes that can be scanned for the app upon entry of a venue.

Mr Hancock said: “This is a strong start but we want even more people and businesses getting behind the app because the more of us who download it the more effective it will be.

“If you haven't downloaded it yet I recommend you join the growing numbers who have, to protect yourself and your loved ones.”

But on Friday, a fix for the app had to be rolled out due to an issue that prevented England users from logging their coronavirus test results.

Some 60,000 people were unable to link their swab outcome to the long-delayed system hailed “world beating” by Boris Johnson.

And on Saturday, The Times reported that 96,000 people tested in England were unable to enter there results – meaning thousands of others risk not being notified of their proximity to positive cases.

Many are also finding out that they cannot share their result with the app for England and Wales if they tested negative.

The app currently asks for a code to register a test result – but the code is only received if the test is positive. 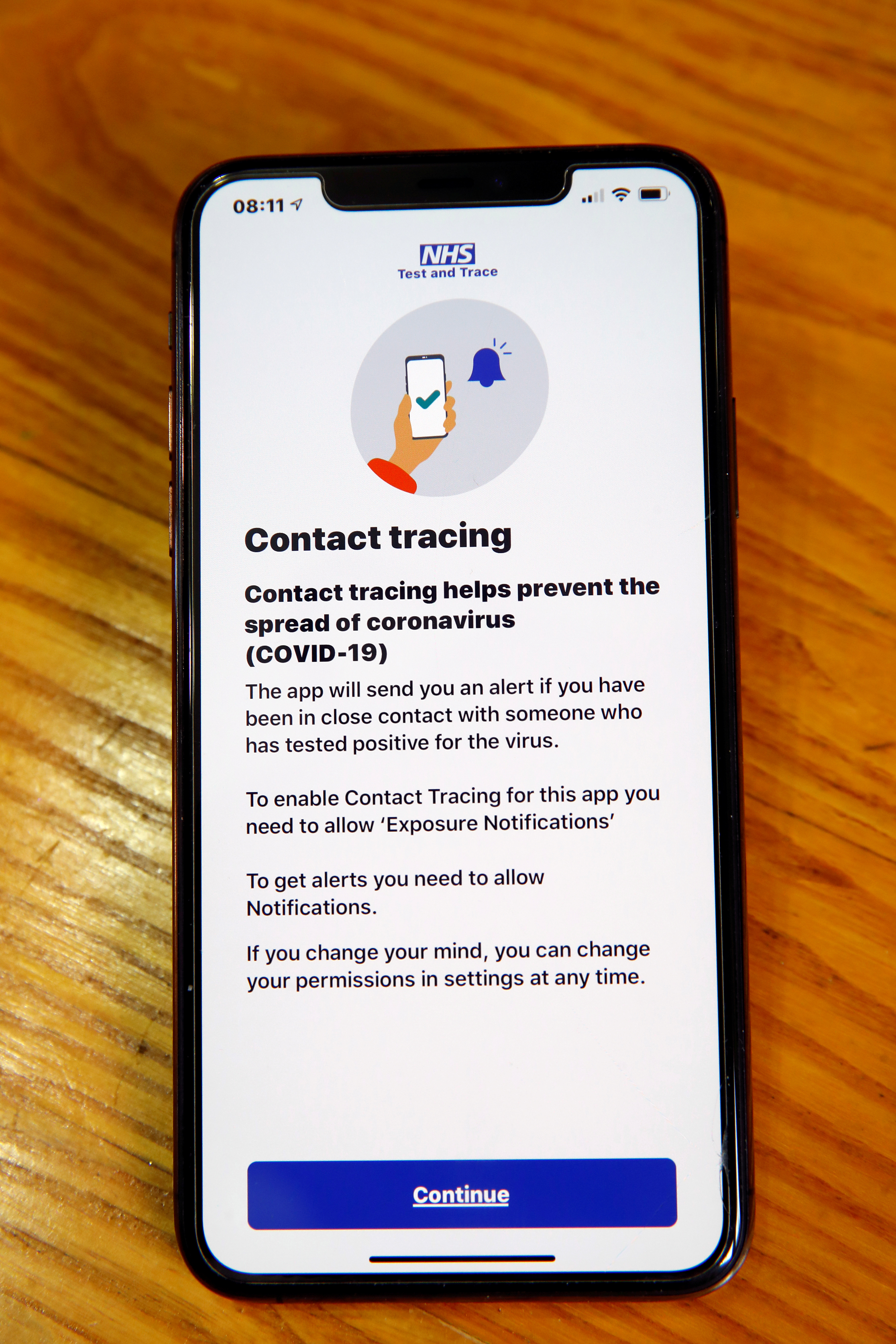