A RANDY couple have been arrested after they had sex in front of horrified families in a packed park.

The amorous pair were caught romping completely nude underneath a tree at around midday yesterday in Manchester. 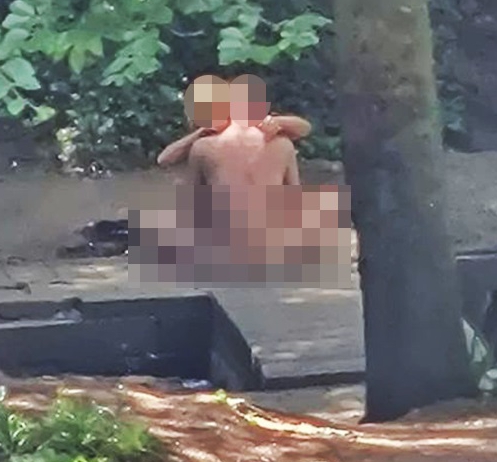 A stunned dog walker posted a picture of the couple on Facebook as Brits enjoyed 30C temperatures on the hottest day of the year, MEN reports.

The woman said: "Just when you think you’ve seen it all! Just walking the dog in Sunny Brow Park only to see a couple completely naked having sex! Only in Gorton!"

According to witnesses, the brazen pair even moved from their more secluded spot to a public area next to a children's playground.

Police were then called to the park, which was packed out with sunseekers and families.

One mum said: "I called police because they carried it on on the field in front of my child and a few others.

The couple, aged in their 30s, were arrested on suspicion of outraging public decency and remain in custody.

A spokesperson for GMP said: "Police were called at 2.05pm to a report of a man and woman engaging in sexual activity at Sunny Brow Park, Manchester.

"A man and woman in her 30s have been arrested on suspicion of outraging public decency and remain in custody for questioning."

The steamy display comes just days after a couple were caught having sex in Eel Brook Common in West London. 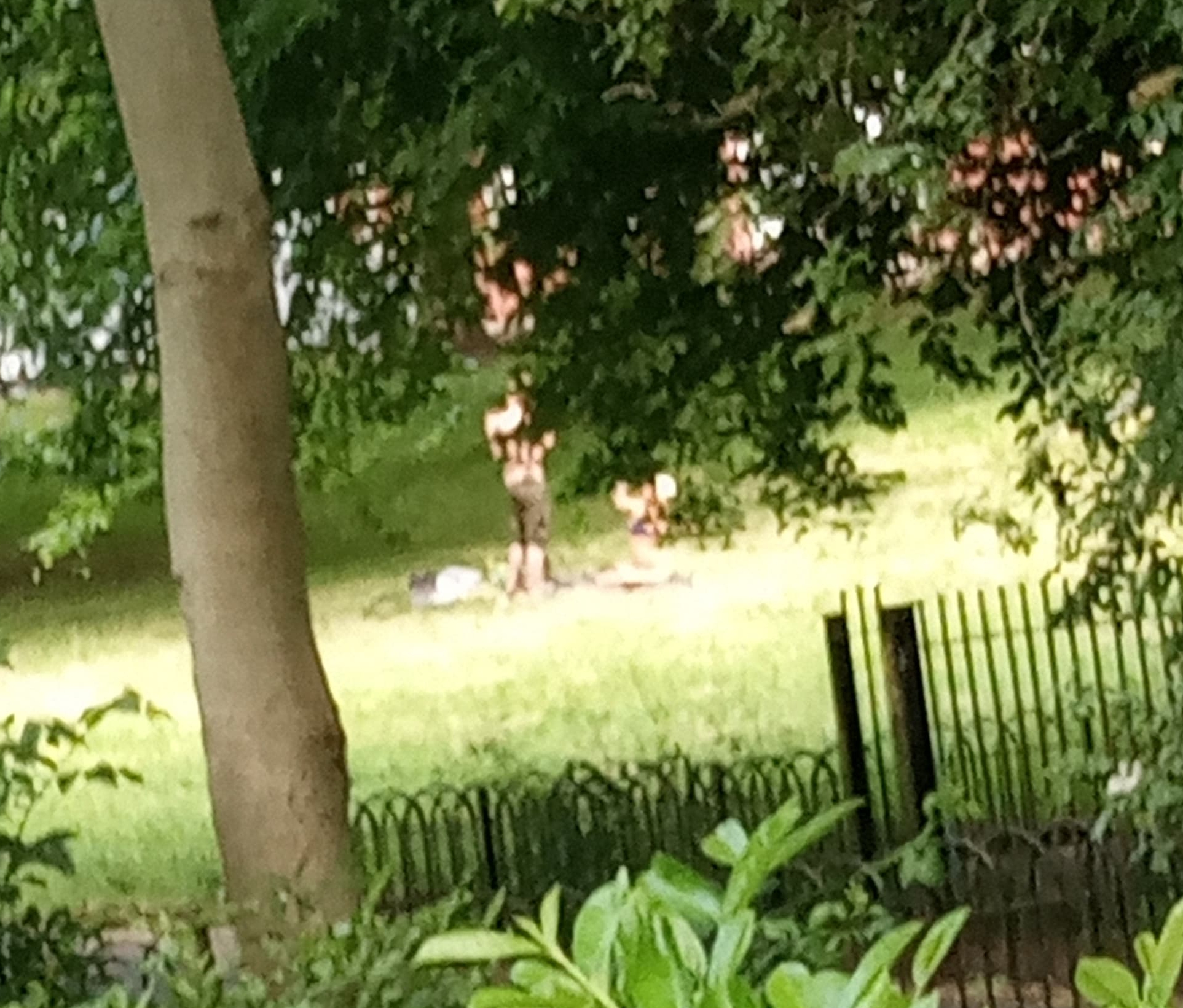