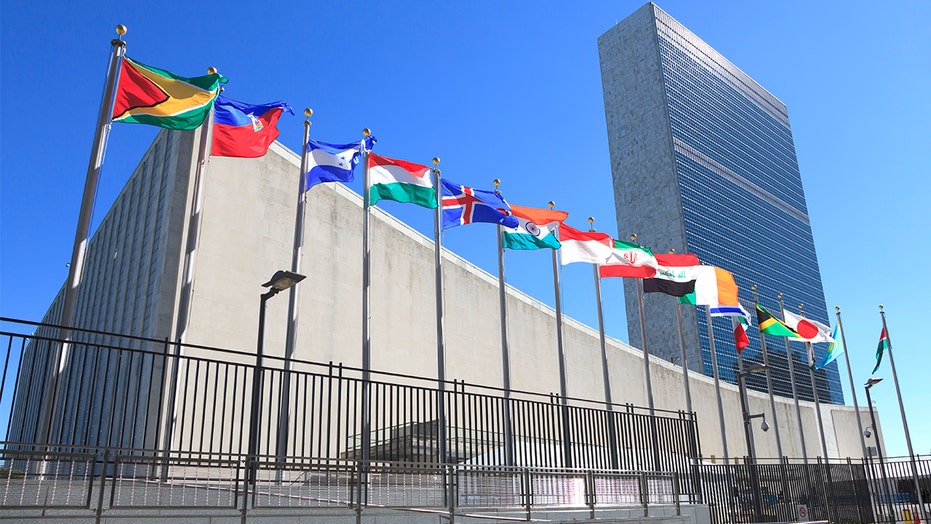 UNITED NATIONS (AP) — Russia and China blocked the official release of a report by U.N. experts on Libya that accused its warring parties and their international backers — including Russia — of violating a U.N. arms embargo on the conflict-wracked country, U.N. diplomats said Friday.

Germany’s deputy U.N. ambassador, Günter Sautter, said he brought the issue to the Security Council after the two countries blocked the report’s release by the committee monitoring sanctions on Libya, which Germany heads.

“Many delegations have asked for the publication of the panel of experts’ interim report,” he said. “This would create much needed transparency. It would contribute to naming and shaming those who continue to blatantly violate the arms embargo in spite of agreements that have been made.”

Sautter said before the meeting, when asked what Germany could do if Russia and China blocked the report’s release again: “Let me assure you I will continue to use every tool at hand in order to make sure that we have the necessary transparency.”

The report, seen by The Associated Press earlier this month, said the arms embargo was being violated by Libya’s U.N.-supported government in the west, which is backed by Turkey and Qatar, and by rival east-based forces under commander Khalifa Hifter, backed by the United Arab Emirates, Russia and Jordan. The panel said the embargo remains “totally ineffective.”

The experts said 11 companies also violated the arms embargo, including the Wagner Group, a private Russian security company that the panel said in May provided between 800 and 1,200 mercenaries to Hifter.

In addition, the experts said the warring parties and their international backers, along with Egypt and Syria, failed to inspect aircraft or vessels if they have reasonable grounds to believe the cargo contains military weapons and ammunition, as required by a 2015 Security Council resolution.

Anwar Gargash, the United Arab Emirates’ minister of state for foreign affairs, told a group of reporters at a virtual briefing Friday that he wouldn’t comment on a report he hadn’t seen. But he said that “we categorically deny” many of the “wild allegations that we’ve been hearing in the press.”

In the years after the 2011 uprising that toppled longtime autocrat Moammar Gadhafi, Libya has sunk further into turmoil and is now divided between two rival administrations based in the country’s east and west, with an array of fighters and militias backed by various foreign powers allied with each side.

Tensions in oil-rich Libya escalated further when east-based forces Hifter launched an offensive in April 2019 trying to capture the capital, Tripoli. But Hifter’s campaign collapsed in June when militias backing the U.N.-supported government in Tripoli, with Turkish support, gained the upper hand, driving his forces from the outskirts of the capital and other western towns.

The Security Council adopted a resolution on Sept. 15 demanding that all countries enforce the widely violated U.N. arms embargo on Libya and withdraw all mercenaries from the North African nation. It also extended the U.N. political mission in Libya and called for political talks and a cease-fire in the war, which the U.N. has been pursuing.

One glaring gap for the U.N. has been the failure to replace its former top envoy, Ghassan Salame, who resigned in March, mainly as the result of a U.S. demand to split his job in two. The resolution adopted last week did split it, putting a special envoy in charge of the U.N. mission to focus on mediating with Libyan and international parties to end the conflict and providing for a coordinator to be in charge of day-to-day operations.

But finding a replacement acceptable to all Security Council diplomats has proven exceedingly difficult.

One possibility is the U.N.’s current top Mideast envoy, Nikolay Mladenov, a former Bulgarian foreign minister, U.N. diplomats said, speaking on condition of anonymity because discussions have been private. But the diplomats said the three African members of the council — South Arica, Niger and Tunisia — oppose him because they want an African in the job.

Germany's Sautter said the Security Council has agreed that there will be a special envoy “and we need an agreement urgently on who that is going to be."