Another river in Russia has turned beetroot red after a major incidence of contamination by a mystery pollutant.

As officials in the Siberian Kemerovo region sought the cause of the spillage, locals said ducks were refusing to swim in the ‘toxic water.’

The alarming discolouration of the Iskitimka River provoked worries from residents in the industrial Kemerovo city, which the river flows through. 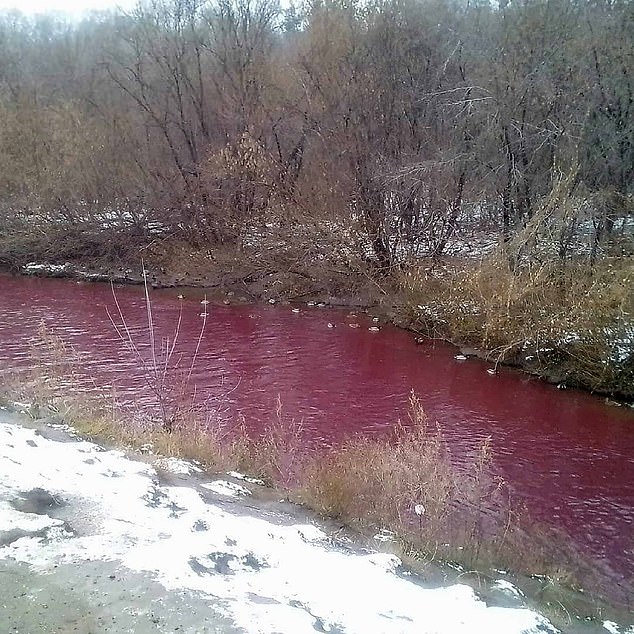 Resident Andrey German said: ‘There are no ducks in the river, all are on the bank.’ 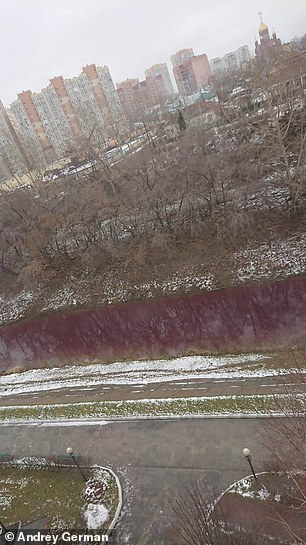 Environmental officials said the red-coloured water was from a blocked drain.

However the chemical that caused the ominous discolouration is still under investigation.

Police were seeking to ‘identify the perpetrators and bring them to justice’, he said.

It was unclear if there were health risks to people in the city of half a million people.

Resident Elena Dubrovskaya said: ‘Today it is not a river, it is like cranberry jelly.’

The polluted waters have flowed into the larger Tom River.

Similarly, the blame was put on ‘waste waters’ flowing from drainage pipes.

Locals complained they were given no details as to the cause of the pollution.

A river in Naro-Fominsk in western Russia also turned red after a chemical release.