A sales director at a London-based candle firm has lost a case for sexual harassment after her boss referred to female staff at a work drinks as ‘my harem’.

Fousilla Laloui told an employment tribunal that Chief Operating Officer Richard Symons was the only man present when he made the remark.

She claimed this was one of a number of incidents of sexual harassment, discrimination and victimisation she experienced while working at upmarket scented candle specialist Parks Ltd.

Ms Laloui, who was also suing for unfair dismissal, had all her claims rejected by the panel.

They ruled the harem comment was just ‘a throwaway line’, had not been intended to offend anyone and some of the women present found it ‘funny’.

Employment Judge Stephen Heath said that, although the term ‘clearly relates to sex’ and ‘holds the distinct potential for causing offence’, it ‘did not violate her dignity’.

The Central London tribunal heard that Ms Laloui, who is French, was recruited in 2017 as part of a modernisation of the company to head up their sales team in London.

She had worked in sales and marketing for over 20 years and headed up sales, marketing and design teams for the international and domestic market.

In 2018, Ms Laloui attended a trade show along with Mr Symons and several other members of staff.

As they travelled to the event on the Eurostar, Ms Laloui claims she was asked to swap seats, which moved her away from Mr Symons and Commercial Director Jeremy Taylor. 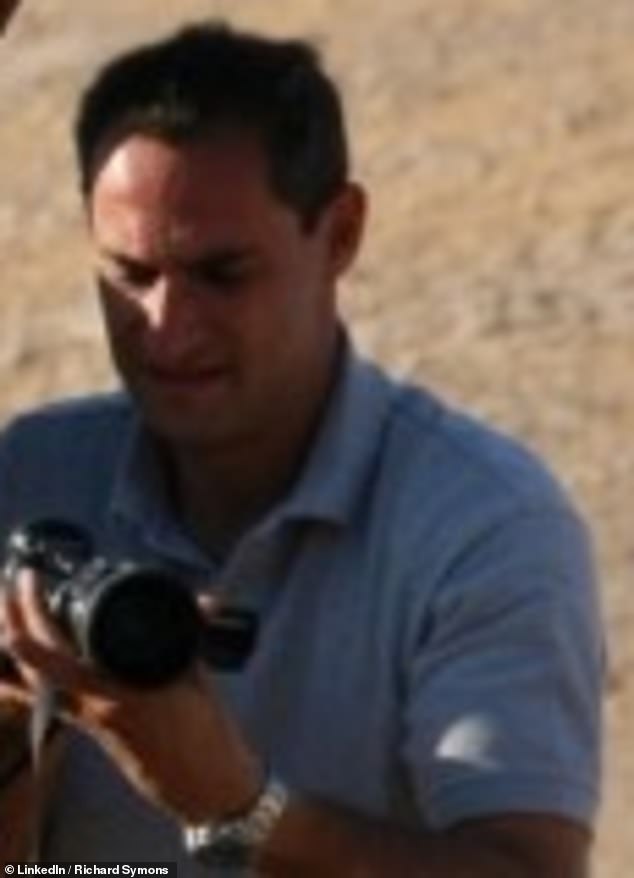 She claimed they discussed sales and left her out of the conversation in a ‘deliberate ploy’ because she was a woman.

Mr Symons admitted joking on this trip about female staff members being a ‘harem’ because he was the only man present at drinks one evening.

Another colleague who was present, Alison Thompson, described the remark as ‘off the cuff’ and said no offence was taken.

She told the tribunal that other people there ‘had a giggle and moved on’ and it was never brought up again.

Judge Heath concluded: ‘We have found that Mr Symons responded to an observation that he was the only male in a party of colleagues having a pre-dinner drink in a hotel bar.

‘The meaning of ‘harem’ is the part of a household reserved for wives and concubines.

‘In differing contexts, we can certainly see ample scope for this sort of comment to amount to harassment.

‘We have found that this was something of a throwaway line by someone who was not intending to cause offence. Some women in the group actually did find it funny.

‘We find that nobody actually expressed to be offended at the time. This does not mean that they were not, as it is often the case that people let off-colour comments pass without complaint.

‘This is perhaps even more likely when the comment is made by someone with power in a relationship. We are prepared to find that the comment was unwanted by (Ms Laloui).

‘Having regard to the authorities, we conclude that the comment fell short of violating the claimant’s dignity, or creating an environment that was intimidating, hostile, degrading, humiliating or offensive.

‘We do not find that (Ms Laloui) was treated less favourably because of her sex, or that this was sex-related harassment.’

The Central London tribunal also heard that, in May 2020, several positions that the company became at risk of redundancy, including Ms Laloui’s job.

Two months later, there was a dispute over the value of her role compared to others in the company regarding redundancy and Mr Symons asked her to say which alternative roles she would like to be considered for at the company.

She emailed back, mentioning her level of experience and said the company had failed in its duty to find her an alternative position.

She also told Mr Symons that, over the previous two years, she had raised ‘informal and formal grievances in connection with your attitude towards me for bullying, undermining, harassment, and persistent shouting and aggression.’

The company offered her the chance to apply for the role of commercial director, as there were no other suitable alternatives, and said that otherwise she would be dismissed as a cost cutting measure.

Ms Laloui rejected the job and was given three-months notice.

It was then that she decided to sue the company for unfair dismissal, sexual harassment, discrimination and victimisation, all of which were unsuccessful.

Ms Laloui, who was Parks’ head of marketing, global sales director and project management between April 2017 and November 2020, now works at FFS Beauty Ltd as their sales business development manager.

Mr Symons has been the COO of Parks since January 2015.