Saudi Arabia’s construction of the £400billion futuristic megacity Neom has been delayed due to plunging oil prices and coronavirus fears hitting the land of billionaire princes.

The futuristic tech-hub was set to be completed in 2025 and be home to one million people, costing an estimated $500billion (£413billion).

The complex of Moroccan-style opulent buildings and palaces is planned to include helipads, a marina and a golf course and be lit by a giant artificial moon. 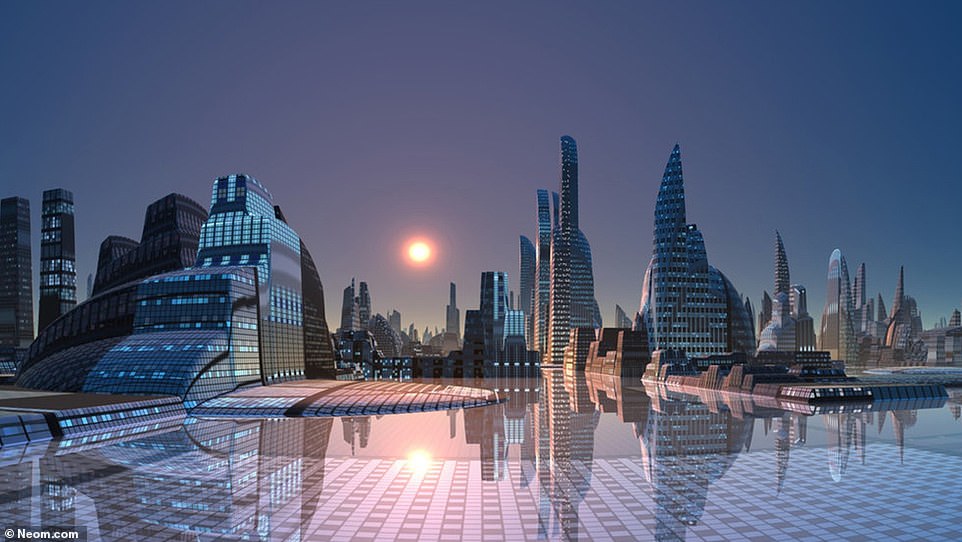 So far only a few palaces and helipads are reported to have been built in Neom, which is named after the Greek word for ‘new’ and the Arabic for ‘future’.

A Neom contractor is reported to have cut the working hours of some staff by half.

‘All of these projects will be delayed,’ said Ali Shihabi, a Washington-based analyst on the Neom advisory board. ‘It’s not paused; it’s continuing more slowly.’

This comes after the Saudi government announced plans last week to triple Value Added Tax (VAT) from 5% to 15% last week and halt handouts to citizens, as part of the new austerity measures.

‘It has been decided the cost of living allowance will be halted from June 2020 and VAT will be raised from five per cent to 15 per cent from 1 July,’ Finance Minister Mohammed al-Jadaan said in a statement released by the official Saudi Press Agency.

Jadaan insisted the measures were necessary to shore up state finances amid a ‘sharp decline’ in oil revenue as the coronavirus pandemic saps global demand for crude.

This comes after the Saudi government announced plans to triple Value Added Tax (VAT) from 5% to 15% last week, as part of austerity measures due to a coronavirus-led economic slump

The petro-state also announced it would be slashing prices on domestic oil by 50 per cent after Jadaan warned of ‘painful’ and ‘drastic’ steps to deal with the double shock of the novel coronavirus and record low oil prices.

Robert Mogielnicki, a resident scholar at the Arab Gulf States Institute in Washington, said Saudi officials are doing whatever they can to avoid ‘unpopular measures like cutting into the public sector wage bill’.

Ali al-Ahmed, the Saudi journalist who reported the austerity measures, said it is ‘probably the greatest economic challenge’ that Saudi has faced.

The austerity drive could stir public resentment amid an already high cost of living and intensify scrutiny of lavish multi-billion dollar state projects, such as the construction of Neom.

The futuristic city was part of a flagship project for Crown Prince Mohammed bin Salman.

Plans for the 10,230 square mile futuristic high-tech hub were first announced in 2017 as part of reforms aimed at creating jobs, encouraging foreign investment and permitting new freedoms for Saudis steeped in religious puritanism and state dependency. 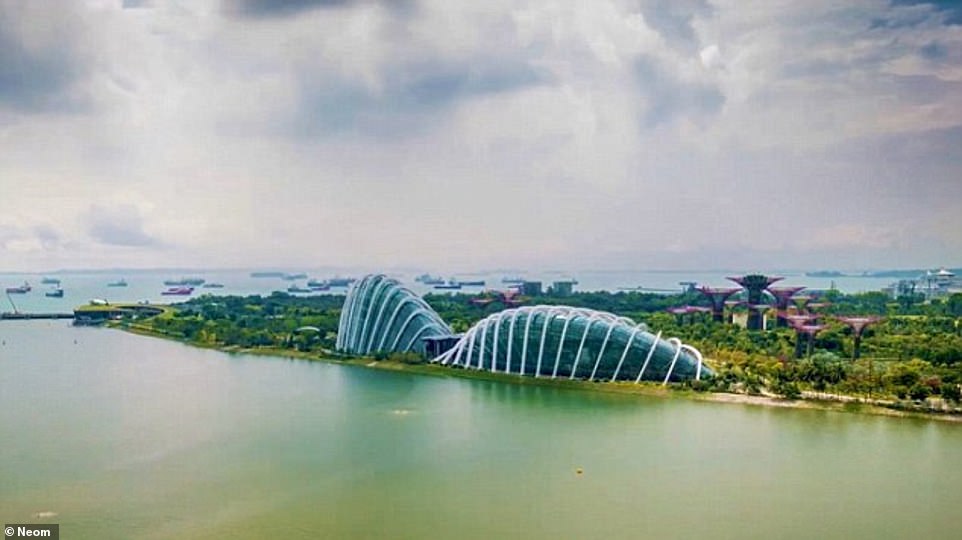 The complex of Moroccan-style opulent buildings and palaces is set to include helipads, a marina and a golf course and be lit by a giant artificial moon

Neom is planned to stretch across the Tabuk region’s border with Jordan and will function as both a tourist destination and a ‘smart city’.

It would operate independently from the rest of the country, with different laws for workers and women’s rights, as well as giving more freedom to visitors such as the right to drink alcohol.

The futuristic city will force the Howeitat tribe, who have lived in the area for hundreds of years, to relocate from the area.

The Wall Street Journal reported in 2019 that up to 20,000 people could be forcibly removed from the area to make room for the Crown Prince’s project.

Last year, analysts expressed concerns that the project could create funding pressures as the government faces a yawning budget deficit and growth in the kingdom’s non-oil economy remains slow. 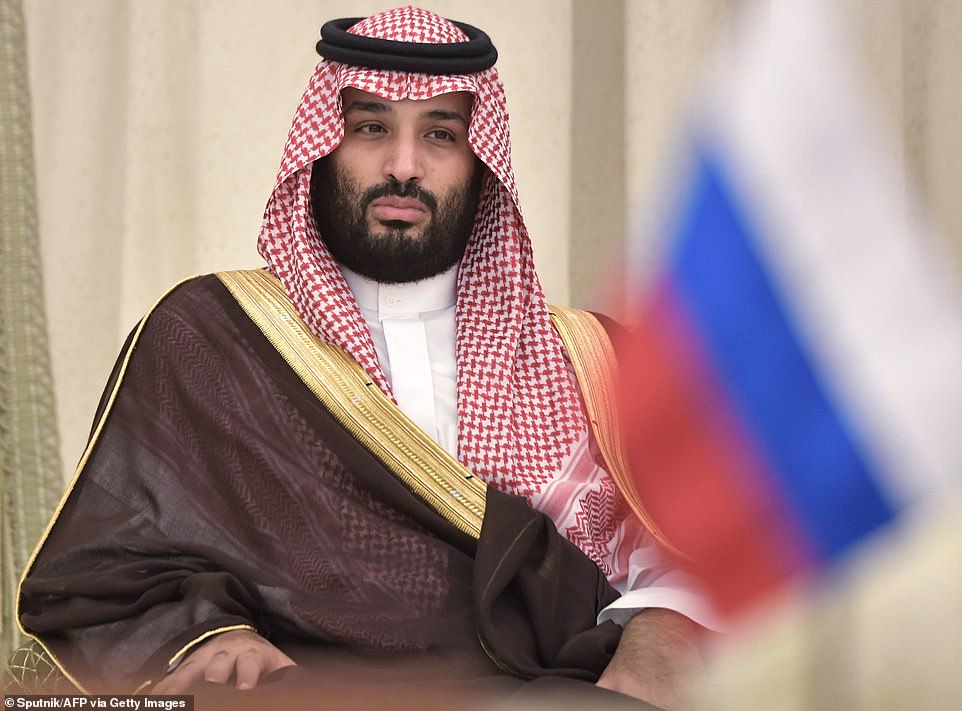 Shihabi said: ‘People are not happy.

‘Even the well-to-do are not happy with cost increases. But on balance the social safety net is very effective.’

More than half of Saudi Arabia’s native workforce is employed by the public sector, where average wages are 58% higher than in the private sector.

But austerity measures are likely to increase criticism of the government’s multi-billion dollar push to host entertainment and sporting extravaganzas as part of economic diversification plans.

Also under the spotlight is a proposed £300 million Saudi-backed takeover of Newcastle United.

‘Saudi citizens are starting to feel the economic impact of the virus in a concrete way,’ said Middle East expert Yasmine Farouk from the Carnegie Endowment for International Peace.

‘With hardship will come more scrutiny of state spending elsewhere including the purchase of a football team and millions spent on entertainment events.’

Crown Prince Mohammed bin Salman’s other ambitious plans to wean the economy away from oil remain vulnerable to austerity measures.