The Scottish government has demanded Boris Johnson ask the EU to extend the Brexit transition period by the maximum permitted time of two years because of the coronavirus outbreak.

Holyrood’s Constitution Secretary Mike Russell said pushing back the deadline for trade talks to conclude beyond the end of this year is necessary because of the global pandemic.

He said delaying the end of the ‘standstill’ transition period would allow both Britain and the bloc to focus on fighting the deadly disease together.

However, Downing Street remains adamant that it will not be seeking an extension. 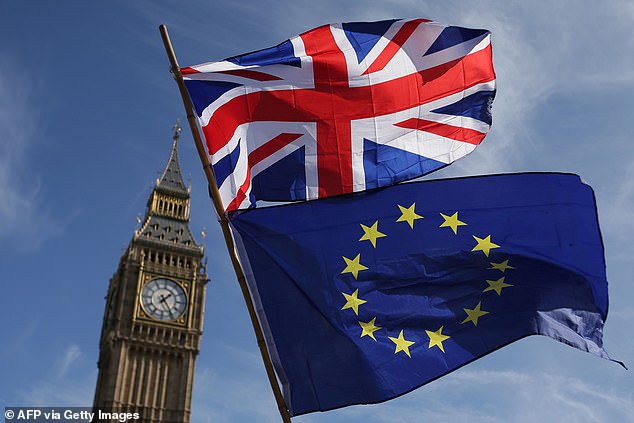 The Brexit transition period is due to finish on December 31, 2020, but there are growing calls for an extension due to coronavirus disruption

The terms of the Brexit divorce deal which took the UK out of the EU on January 31 allow the length of the transition period to be increased – but only if both sides agree to such a course of action by the end of June this year.

The divorce accord also states that the extension can be up to two years in length but no longer.

The transition period, during which the UK must abide by EU rules, was designed to allow the two sides time to hammer out the terms of their future relationship.

Senior EU figures said they did not believe the current transition period was long enough to get everything done even before the coronavirus outbreak.

But Number 10 is refusing to budge on its insistence that the December 31 deadline must be stuck to.

Trade talks have already been disrupted by coronavirus and there are growing concerns that if the transition period is not extended then the two sides could go their separate ways at the end of 2020 without a comprehensive deal in place.

Critics argue that could cause both Britain and Brussels economic harm at a time when their economies have already been battered by coronavirus.

Mr Russell has today called for a joint meeting involving ministers from the four Home Nations to discuss the UK government’s approach to Brexit talks.

He said: ‘Instead of its reckless decision to pursue a hard Brexit in the middle of this unprecedented crisis, the UK government should today be asking the EU for the maximum two year extension to the transition period.

‘The benefits of co-ordinated European action have never been clearer. An extended transition will keep the UK as close as possible to the EU and provide an opportunity to rethink the future relationship. 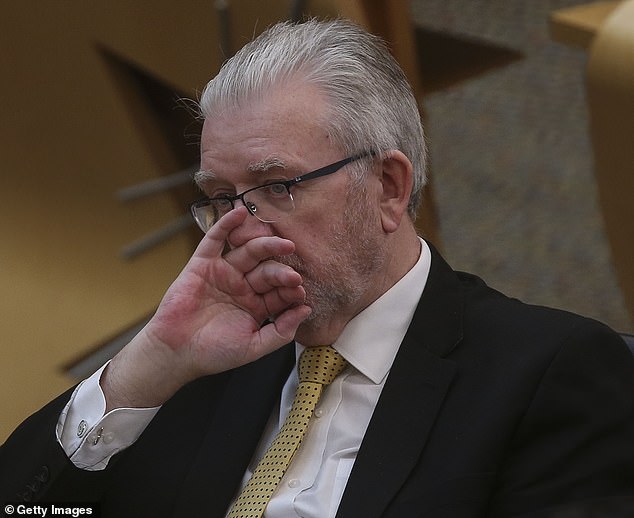 ‘The UK government is pressing ahead with negotiations without properly involving the Scottish government or taking account of our views.’

Mr Russell said the Scottish economy ‘cannot afford the double hit of Covid-19 and the growing likelihood of a No Deal or at best a hard Brexit deal in less than nine months’ time’.

A UK government spokeswoman said: ‘Our top priority as a government is to slow the spread of the coronavirus, protect the NHS and keep people safe – we are working around the clock to do so, with all four nations together providing unprecedented financial support for businesses, workers and the self-employed.

‘We remain fully committed to the negotiations and the second round is taking place by video conference this week.

‘The transition period ends on 31 December 2020, as enshrined in UK law, which the Prime Minister has made clear he has no intention of changing.’