CORONAVIRUS expert Dr Anthony Fauci was the star witness in the first Zoom call Senate hearing – but a sleeping dog stole the limelight.

Rufus the Cavalier King Charles spaniel was spotted having a snooze behind health committee chairman Lamar Alexander on the video conference call. 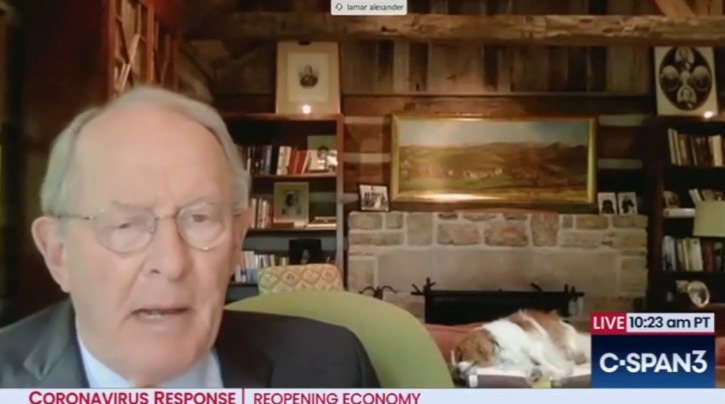 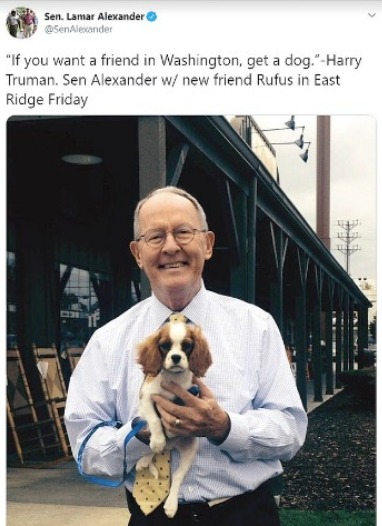 Senators and witnesses including Dr Fauci and Admiral Brett Giroir all took part from home or their offices in the Senate's first ever remote hearing yesterday.

And in the new normal for our times, many viewers were more interested in studying the background details such as the Red Hot Chilli Peppers poster behind Bernie Sanders.

But the undoubted star was Rufus, who occasionally barked but mostly stretched and napped on a table in the log-cabin style home of Tennessee Republican Alexander.

It was not his first TV appearance, as Rufus also slept in the background when Sen Alexander was on NBC's Meet The Press on Sunday.

The senator introduced Rufus to the world on Twitter in 2014 when he was a puppy.

Quoting President Harry Truman, he said: "If you want a friend in Washington, get a dog." 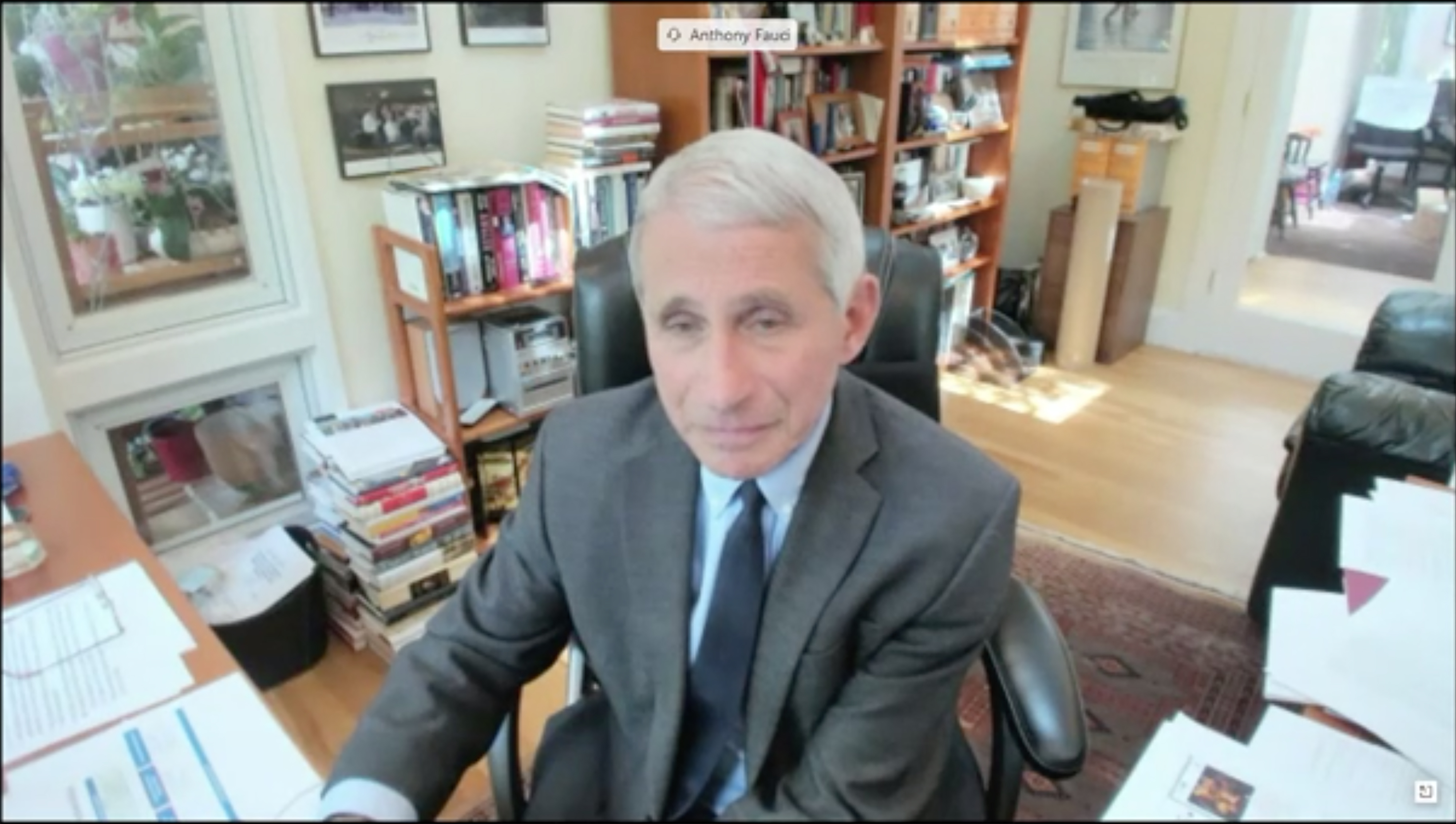 The White House allowed Dr Fauci to be quizzed by the Republican-led Senate after previously blocking his appearance before the Democrat-led House of Representatives.

He warned a coronavirus vaccine will not be ready in time for schools to reopen in the autumn.

And he said lifting the lockdown too quickly could trigger a second wave of Covid infections that "you can't control".

Dr Fauci also clashed with Republican senator Rand Paul who told the expert he wasn't the "end-all" of decisions.

Senator Paul said it was a "huge mistake" not sending kids back to school sooner.

The virologist hit back: "We don’t know everything about this virus, and we really better be very careful, particularly when it comes to children.

"We’ve got to be careful that we are not cavalier in thinking that children are completely immune to the deleterious effects."