Serial sex predator, 34, is jailed for eight years for attacking a woman in the street after he was released early from prison

A serial sexual predator who attacked a woman as she walked along the street has been jailed for eight years.

William Gordon, 34, pinned his victim in her 20s against a wall and whispered in her ear ‘I am not going to put my penis in you’ before sexually assaulting her in Southwark, southeast London.

He had been released from prison four months beforehand and was living in ‘approved accommodation’ in the area.

During his trial, it was heard that he molested a female prison officer by grabbing her bottom in November 2017 and pushed a 12-year-old girl against a wall and touched her bottom in July 2015.

He had four months added to a sentence for dealing heroine and cocaine for the former attack, and was jailed for a year for the latter.

Gordon was found guilty of sexual assault, four counts of assault by penetration and two counts of common assault by beating and jailed at the Old Bailey.

He was also sentenced to a further five years on extended license and will be placed on the sexual offenders’ register for the rest of his life. 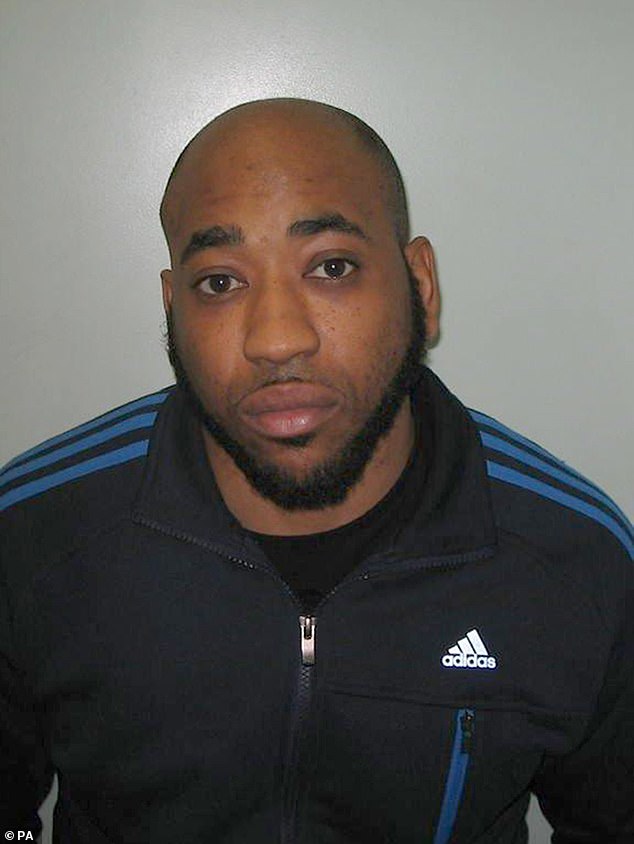 William Gordon, 34, was jailed for eight years at the Old Bailey. He has repeatedly been jailed for sexual assaults. In 2017 he grabbed a female police officer’s bottom and in 2015 he pinned a 12-year-old girl against a wall and grabbed her bottom. Upon hearing his sentence, Gordon said: ‘Are you taking the p***?’

The victim, who did not know her attacker, was listening to music through headphones while walking through an alleyway when Gordon attacked her on August 6 last year.

Prosecutor Edward Lucas said she became aware of someone following her. She stopped, and he stopped too.

‘She remembers the defendant putting a hand up her skirt and grabbing her vagina – totally unprovoked, out of the blue – a nightmare for her,’ he said.

‘Of course, she said: “What are you doing? Leave me alone”, but he ignores her.’

The woman managed to break free and ran towards her home, but hesitated as she didn’t want Gordon to know where she lived.

‘He caught up with her and pinned her against the wall,’ said Mr Lucas. ‘She screams and falls to the floor in the struggle with him. Then he hears neighbours and runs off.’

The attack was so forceful that it ripped the victim’s knickers, said Mr Lucas. Police also found video and pictures of the victim on Gordon’s phone that were taken as he followed her.

CCTV from the scene shows Gordon appearing to plan the attack, and follow three separate females around the same area. 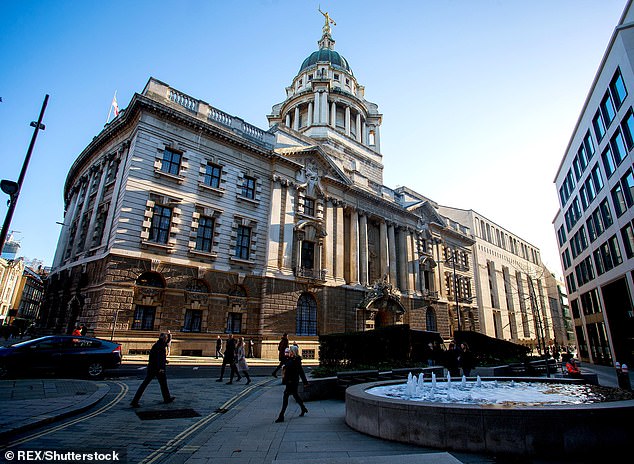 Gordon was found guilty of sexual assault, four counts of assault by penetration and two counts of common assault by beating and jailed at the Old Bailey (pictured)

The victim’s mother said her ‘gregarious’ daughter had retreated ‘into a shell’ after the attack and ‘withdrawn herself from the family network’.

The victim walks through the street regularly.

Judge Sarah Munro QC, who jailed Gordon, said no woman was safe from Gordon’s clutches and added: ‘Your offending began with driving offences and possession of cannabis, however, by 2003 you were dealing class A drugs.

‘You were released on licence on the 26 April 2019 and by the summer you were living in approved accommodation in Elephant and Castle.

‘You were out late at night targeting lone women with a view to sexually assault them.

‘You were on license from a lengthy custodial sentence part of which was imposed for sexual offending and you have been recalled to prison.

‘In my judgement you meet the criteria for dangerousness. No female is safe from you and nor will they be for the foreseeable future.

‘She was crying, she was begging you to leave. You tried to cover her mouth to stop her screaming.’

Gordon has 19 convictions and 38 offences. These also include his conviction for battery after he invited a 16-year-old girl to a ‘photo shoot’ and slapped her repeatedly.

He was also convicted after approaching a woman and grabbing her bottom as she looked for her keys in 2014.

He was first convicted at the age of 14, in 1999, for possession of cannabis and sexual offences.

Detective Inspector Sharon Steel of the Central South Command Unit said: ‘At every opportunity Gordon has failed to acknowledge any wrongdoing and has instead chosen to put both the victim and witnesses in this case through a full trial.

‘William Gordon is a manipulative sexual predator who poses a serious danger to women and today the jury have rightfully convicted him. That night he was clearly targeting lone women before he carried out this prolonged attack.

‘I would especially like to commend the bravery of the victim in this case, she has helped to make sure that this dangerous offender has been rightfully convicted on all seven counts.’

Upon hearing his sentence, Gordon said: ‘Are you taking the p***?’