Service sector has worst month since Covid forced most into lockdown

The service sector has suffered its worst month since Covid forced the country into a national lockdown 17 months ago – as inflation and the cost-of-living crisis continue to hit customers.

A new survey has estimated that that growth in the sector is at the lowest it has been since February 2021 amid ‘heightened economic uncertainty’.

The report also found that both operating expenses and average prices charged are continuing to rise at elevated rates, despite inflation having ‘eased considerably’ since June.

And despite optimism that business investment and the release of new products will aid growth in the coming months, firms continue to worry about the impact of ‘high inflation, rising interest rates and recession risks for the UK and global economy’.

While it has still recorded growth in the sector – anything above 50 is positive –  analysts it to be higher.

They had predicted growth to hit 53.3, according to a consensus supplied by Pantheon Macroeconomics. 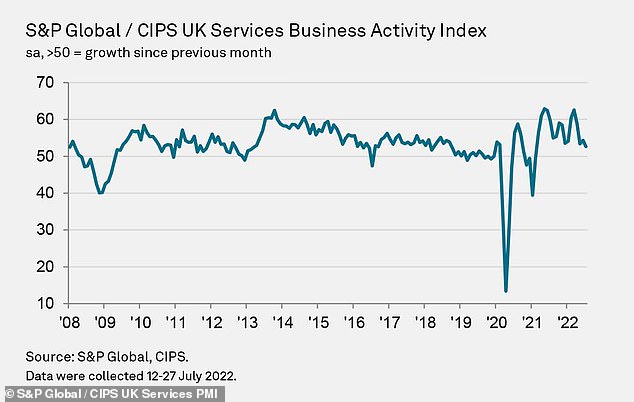 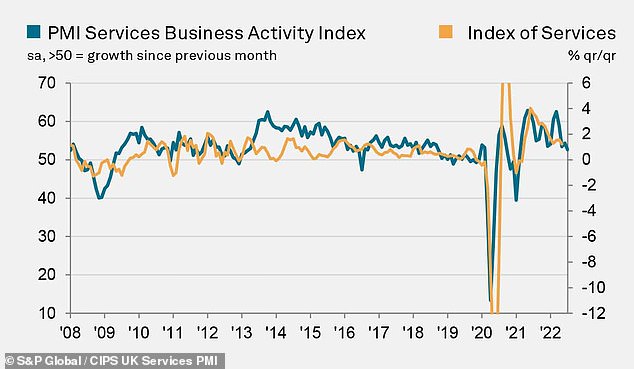 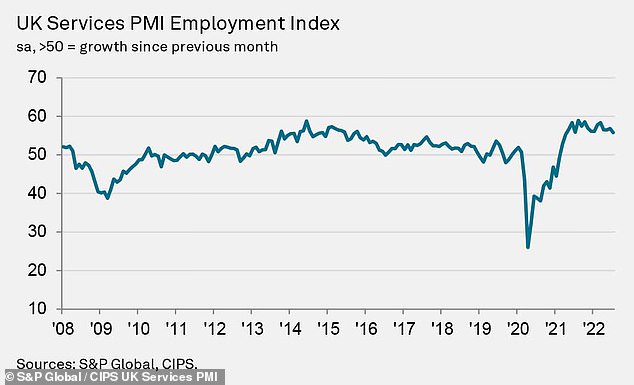 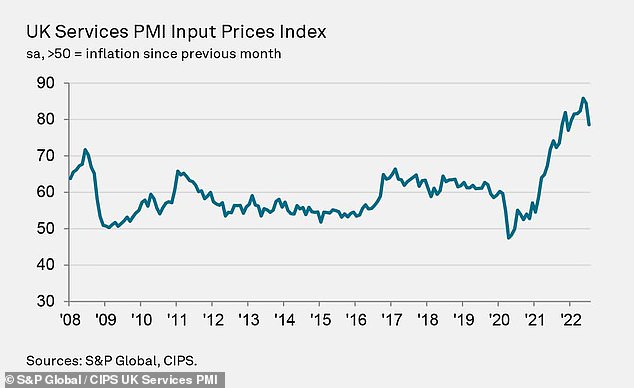 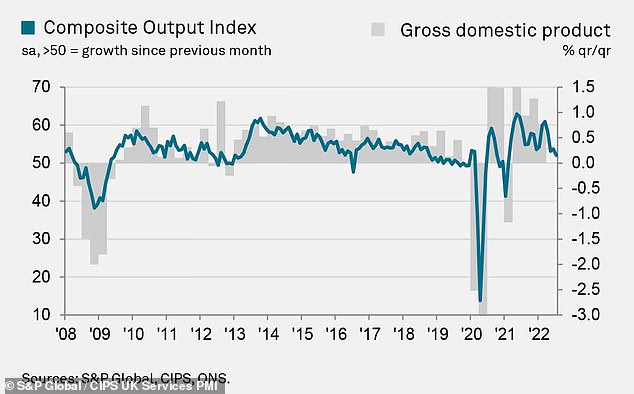 Rising inflation and the cost-of-living squeeze increased economic uncertainty for the sector, the report found, and it struggled to attract new business as a result.

Meanwhile, companies continued to face higher costs and are having to charge their customers more.

Rising fuel and utility bills have pushed up costs for businesses both directly and indirectly, despite inflation easing from recent records in May and June.

Mr Moore added: ‘The most encouraging development during July was a considerable slowdown in input cost inflation since the previous month, likely reflecting lower commodity prices and a gradual easing of global supply shortages.

Duncan Brock, group director at the Chartered Institute of Procurement & Supply, said: ‘A period of relative stability in terms of supply chain disruption was also a plus point, according to survey respondents.

‘However, after the scramble to regain the heights in activity during the Covid bounceback loses momentum, the UK marketplace will have to improve much more to avoid a prolonged summer of discontent.’