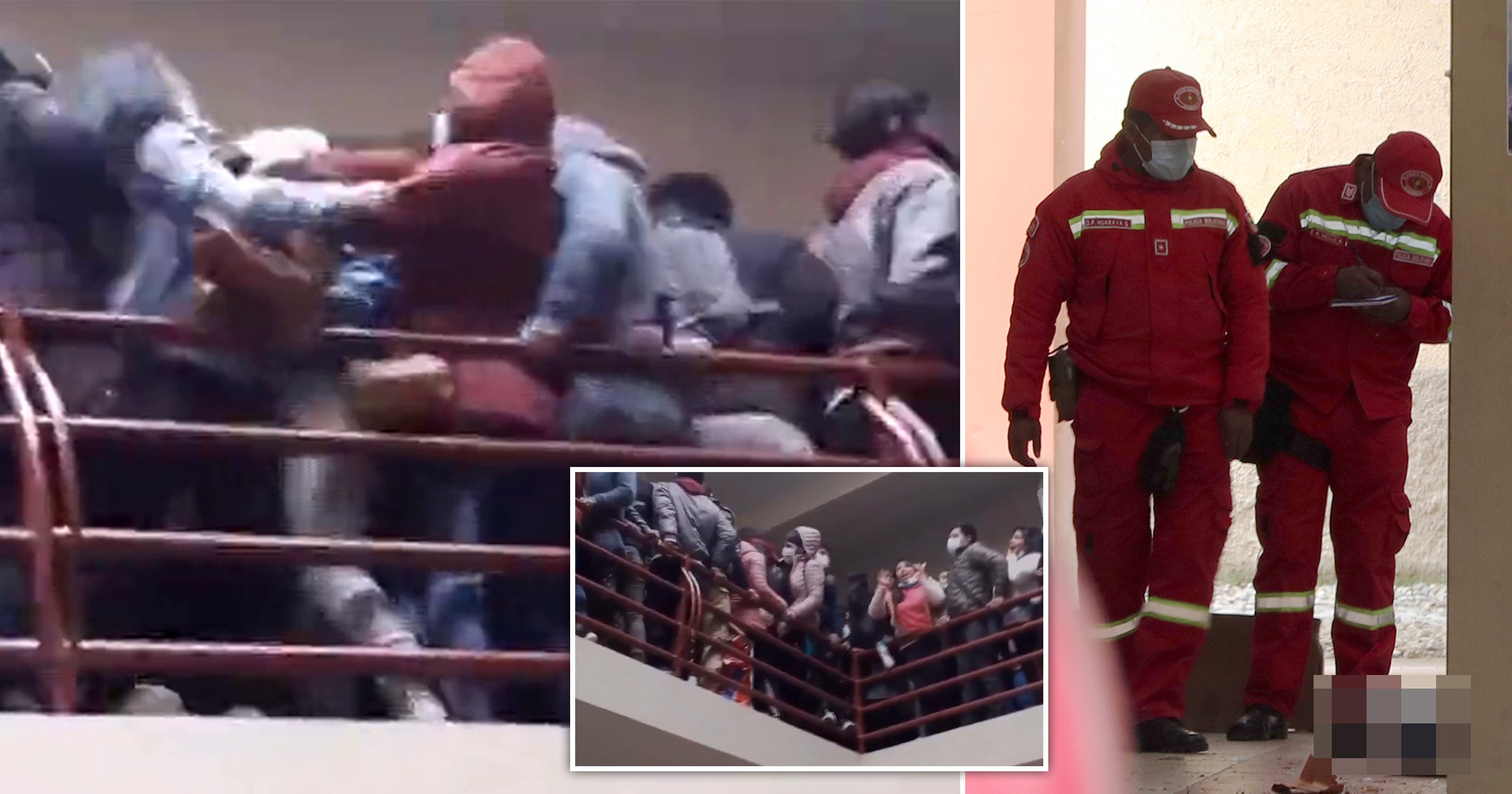 At least seven students died and five were seriously injured after falling from the fourth floor of a university building.

The tragedy happened at Public University of El Alto (UPEA), in a highland city near La Paz, Bolivia, after a metal railing collapsed on Tuesday.

Footage of the incident shows a large group of students crammed into a narrow passageway trying to enter an assembly hall in the university’s financial sciences building.

The balcony railing can be seen giving way under the weight of the students as they push and shove each other, before it snaps off sending several plummeting to their deaths on the concrete floor below.

Some gripped onto one another to escape falling as students were heard screaming.

Health Minister Jayson Auza confirmed seven students died and five remain in a critical conditions – though some are stable in hospitals in the city of El Alto.

Three victims were confirmed dead at the scene, while the other three died some hours later.

All victims were aged between 19 and 27, according to El Tiempo.

Bolivian police and university officials are currently investigating the circumstances behind the incident.

It has been questioned why more than 60 students were allowed to crowd into the corridor without any social distancing measures in place.

On Wednesday, three of the eight university officials who organised the assembly were arrested, reported local media.

Prosecutor Marco Antonio Cossío told a press conference: ‘We are going to issue the formal accusation for the crime of homicide and serious and very serious injuries’.

Get in touch with our news team by emailing us at [email protected].