Ship delivering yachts worth millions of pounds overturns in Majorica

This the dramatic moment a ship making a multi-million pound delivery of five luxury yachts narrowly avoids capsizing in Majorca.

The merchant ship Super Servant 4 overturned after sailing from Le Marin in Martinique to the Palma de Majorca port.

It is believed the boat, which is 556ft long and 105ft wide, suffered an electrics failure to its hydraulic system as it attempted to pull into the loading area, putting both crew and cargo at risk.

The system – which is used to regulate the boat’s ability to balance itself – was blocked, causing the boat to lean starboard in the dramatic incident. 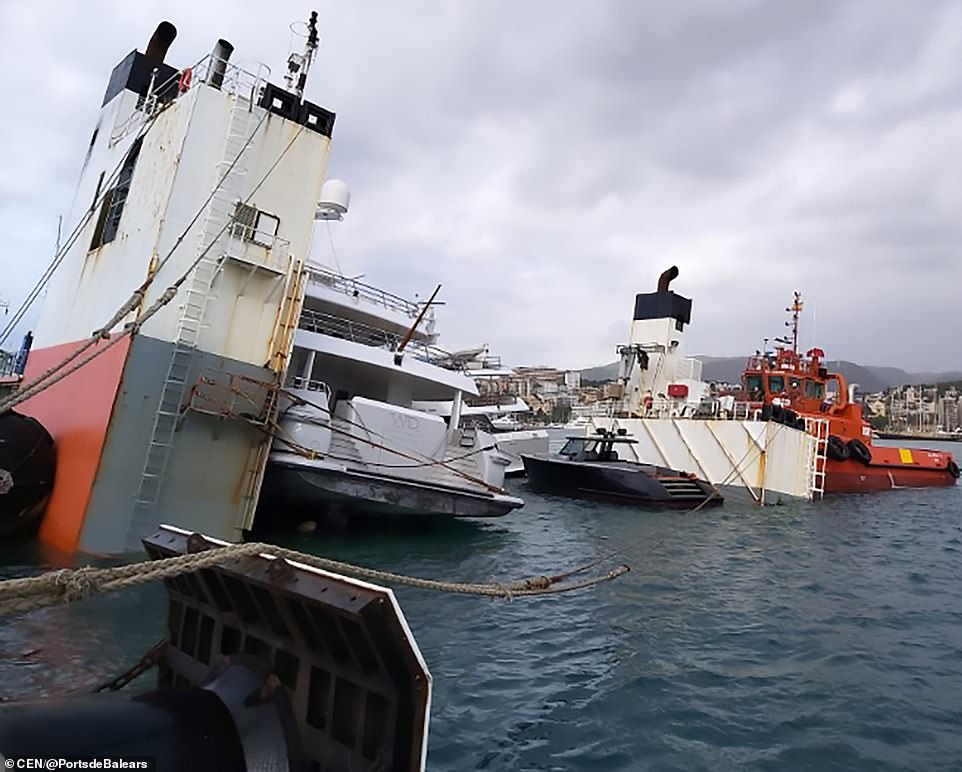 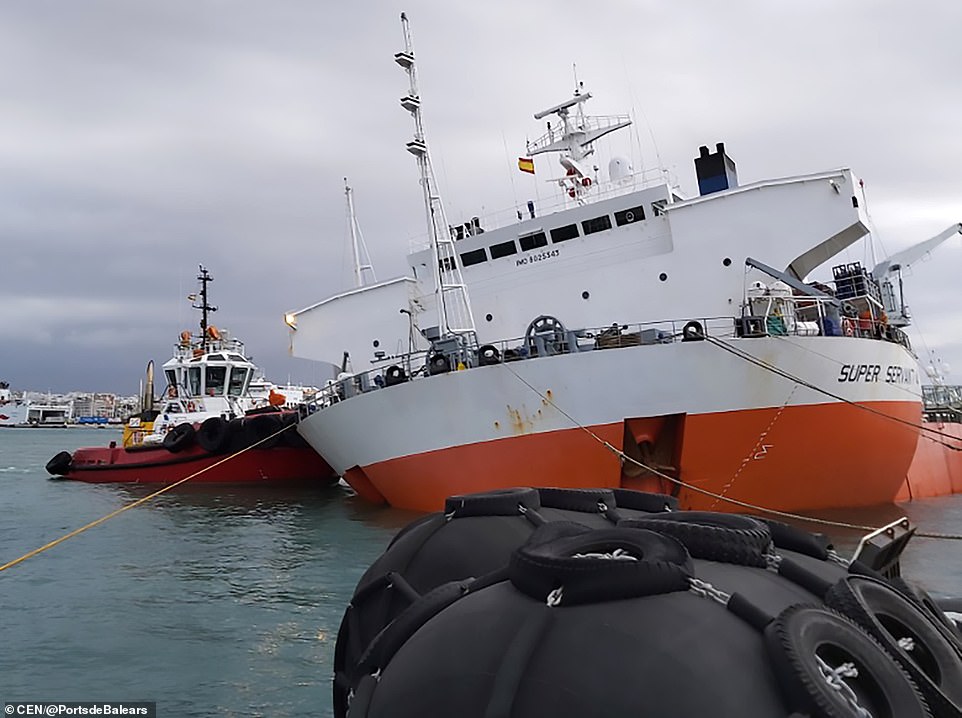 It is believed that the ship encountered an electrics failure with its hydraulics system, used to regulate its balance

Local media reported that crew sent a request out for help from port authorities.

Firefighters were also called to the scene and, together with other vessels that tied ropes to the ship, managed to prevent it from sinking by pulling it back into an upright position.