THIS is the shocking moment a BMW driver deliberately crushed a pedestrian up against a wall before a man draws a knife and attacks the car.

The terrifying incident took place in Halifax, West Yorkshire yesterday and saw the man slammed into a wall at speed. 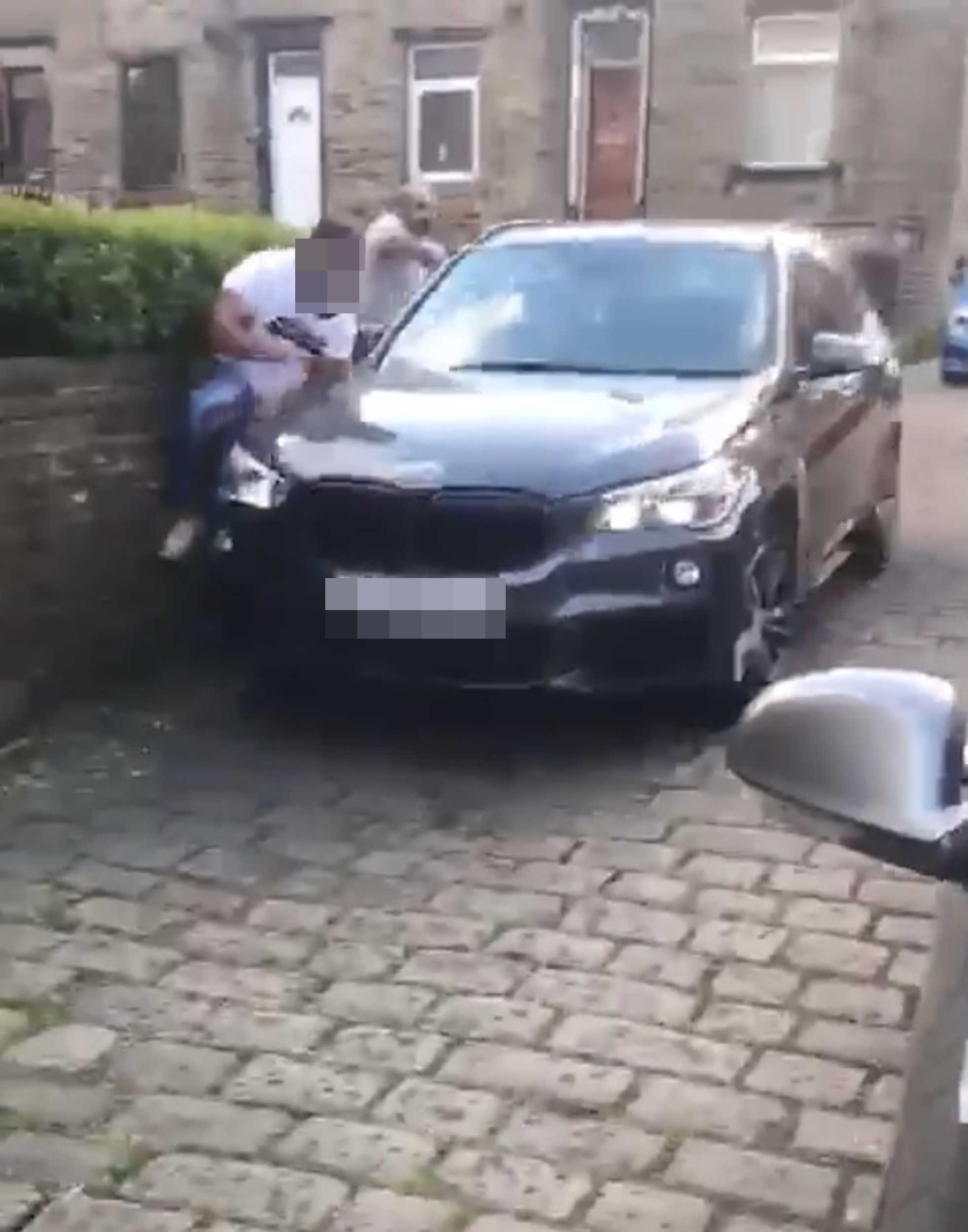 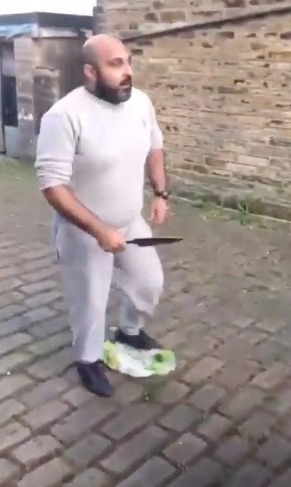 In the video, the man in a white t-shirt is seen attempting to slow the black BMW.

The driver makes no attempt to stop, revving his engine and ploughing into the man in white.

The car slams into him and he is sandwiched between the car and the wall, ricocheting off it and falling to the ground.

The car can be heard screeching as it prepares to reverse and the man is seen quickly getting out of the way.

As the car pulls backwards, a second man dressed in grey approaches the vehicle carrying a knife.

He slashes furiously at the car as it drives by, stabbing the back window and front door.

As the clip ends, the two men are seen running away towards a larger group.

Following the incident, a mass altercation later broke out.

Video taken moments after the ramming shows two groups armed with weapons arguing with each other with one man launching a brick at his opponents.

Police were called to the scene, a clip taken following their arrival shows them attempting to placate the rivals as they continue to row in front of locals on a residential street.

West Yorkshire Police said three arrests had been made.

The scene has shocked many social media users.

‘Ali Baba’ wrote: “That guy got squashed like a fly.”

Jka Aron Wayne added: “Wtf is wrong with people could have been kids about f*****g idiots if you ask me, and in the month of Ramadan as well.”

And Azzy Ali said: “He’s lucky the guy didn't crush him against the wall.” 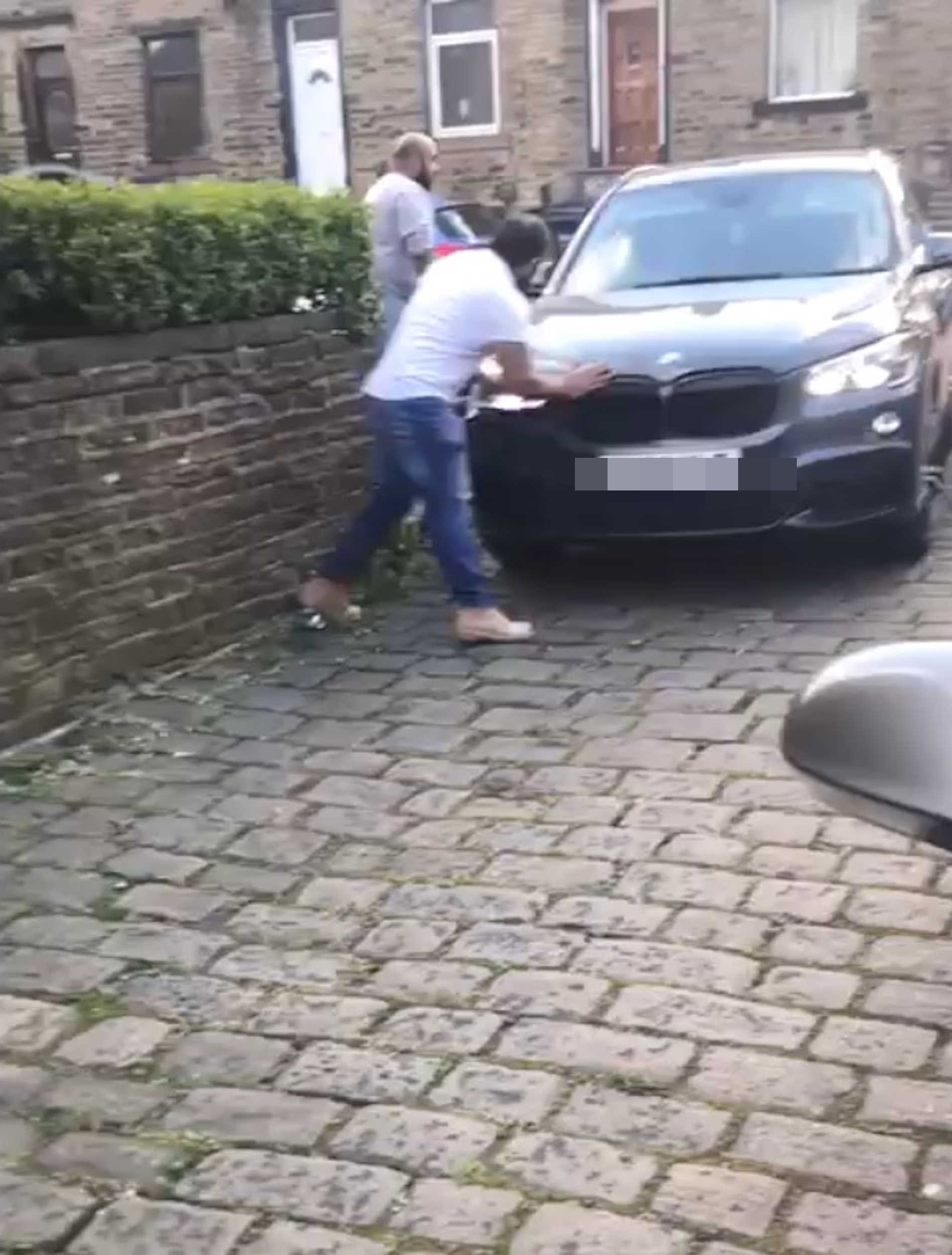 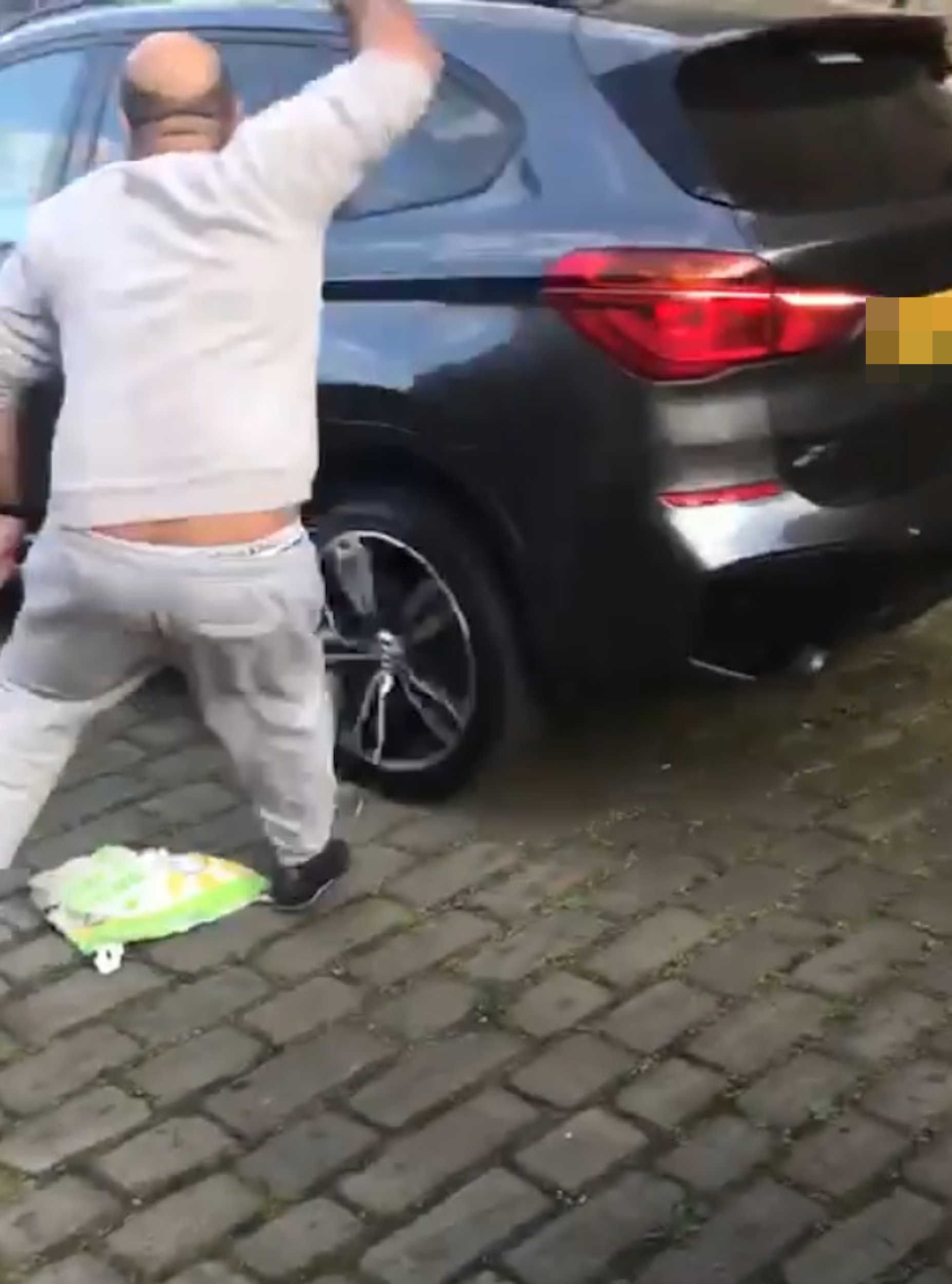 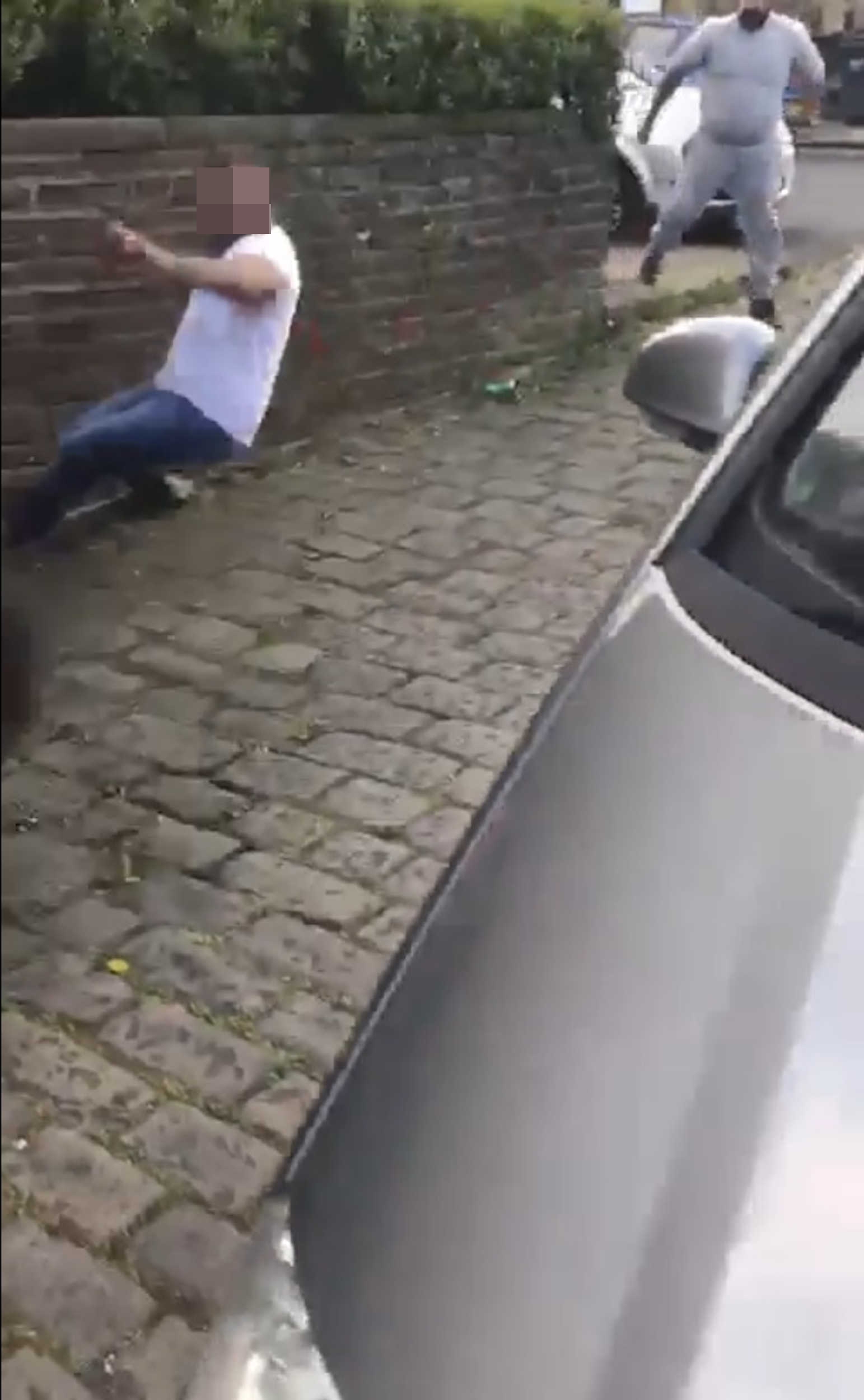