THIS is the X-rated moment a raunchy couple had sex near a large hotel window in view of cheering crowds at a sacred Chinese festival.

But cops called to deal with the exhibitionist pair in Taiwan threatened to arrest passersby for filming their brazen antics and “violating obscenity laws''. 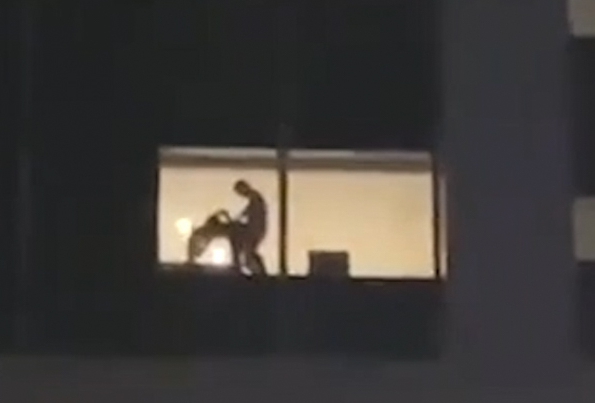 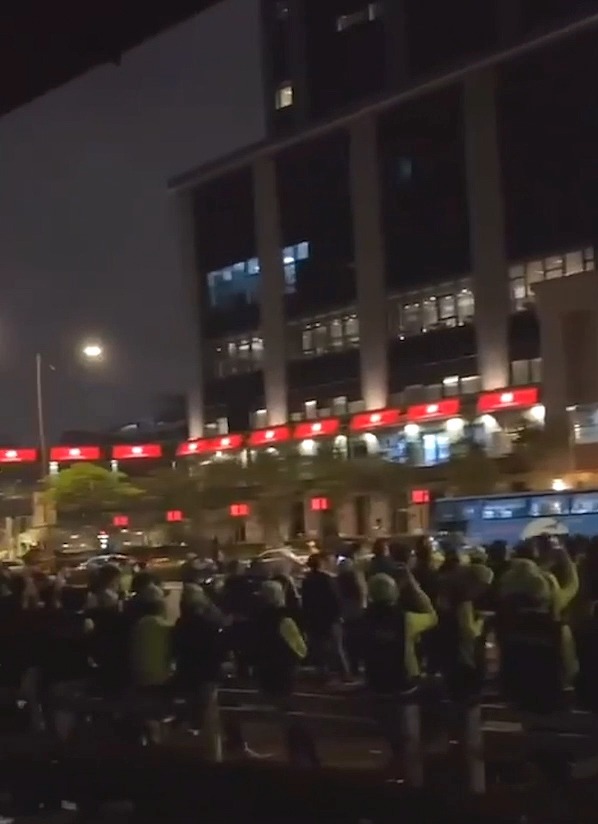 The randy couple were fornicating on the tenth floor, giving hundreds of visitors an X-rated view from on the street below in busy Taipei.

Hundreds of people whipped out their mobiles to film the lovers on Sunday night.

Footage of the bawdy pair shows some people cheering them on.

Shocked locals had been gathering for the celebrations to mark the 165th anniversary of Qingshan Palace.

However, some were horrified by the exhibitionist couple's activity in the luxury hotel on Meng Jia Avenue.

One local described the pair as making a ''four-legged beast'' as they romped in the building's window.

The explicit scene came after a parade with firecrackers and mythical figures from the nearby temple in Wanhua district.

Local media reported that cops were told that 'live erotica' was happening on the hotel's upper floor. 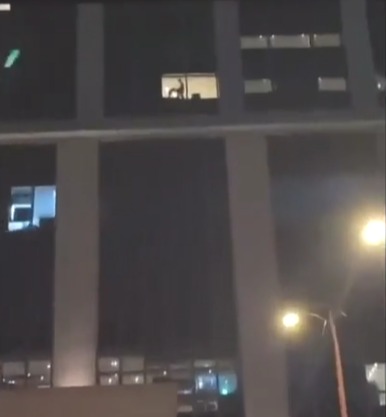 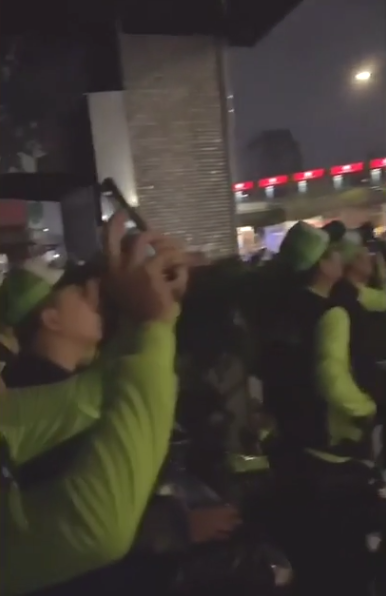 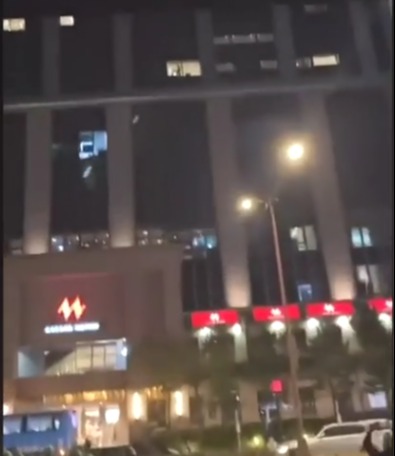 Police attending the scene criticised those who recorded the saucy duo as they could have been ''violating the spreading of obscenity laws''.

Cops also warned the sex act was ''harmful to men and women''.

They added that ''the identity of the couple will be investigated and handled in accordance with the law''.

Bangka Qingshan Temple secretary Chen Yu-min said this year marked the festival’s 165th anniversary and the parade was the largest in its history.

It's held to celebrate the birthday of the temple's patron deity, Qingshanwang – the Green Mountain King.

The festival features an evening procession along lanes and alleyways to ward off evil spirits, a tradition carried out for more than 100 years.

The festival, hosted by the Qingshan Temple in Wanhua District, is one of the three biggest temple festivals in Taipei and was held from Friday till Sunday.

A few years ago we reported how a randy couple were filmed getting down and dirty by the beach in Barcelona after deciding an al fresco session was better than hotel sex.

The pair were identified as holidaymakers by enraged locals who used the footage to have a new moan at the drunken tourists they claim are ruining their city.

And in the UK, video emerged showing a shameless couple performing sordid sex acts in the middle of a street.

The young lovers were filmed rolling around on the filthy pavement in Southend-on-Sea, Essex, as they got down and dirty in shocking footage that went viral online. 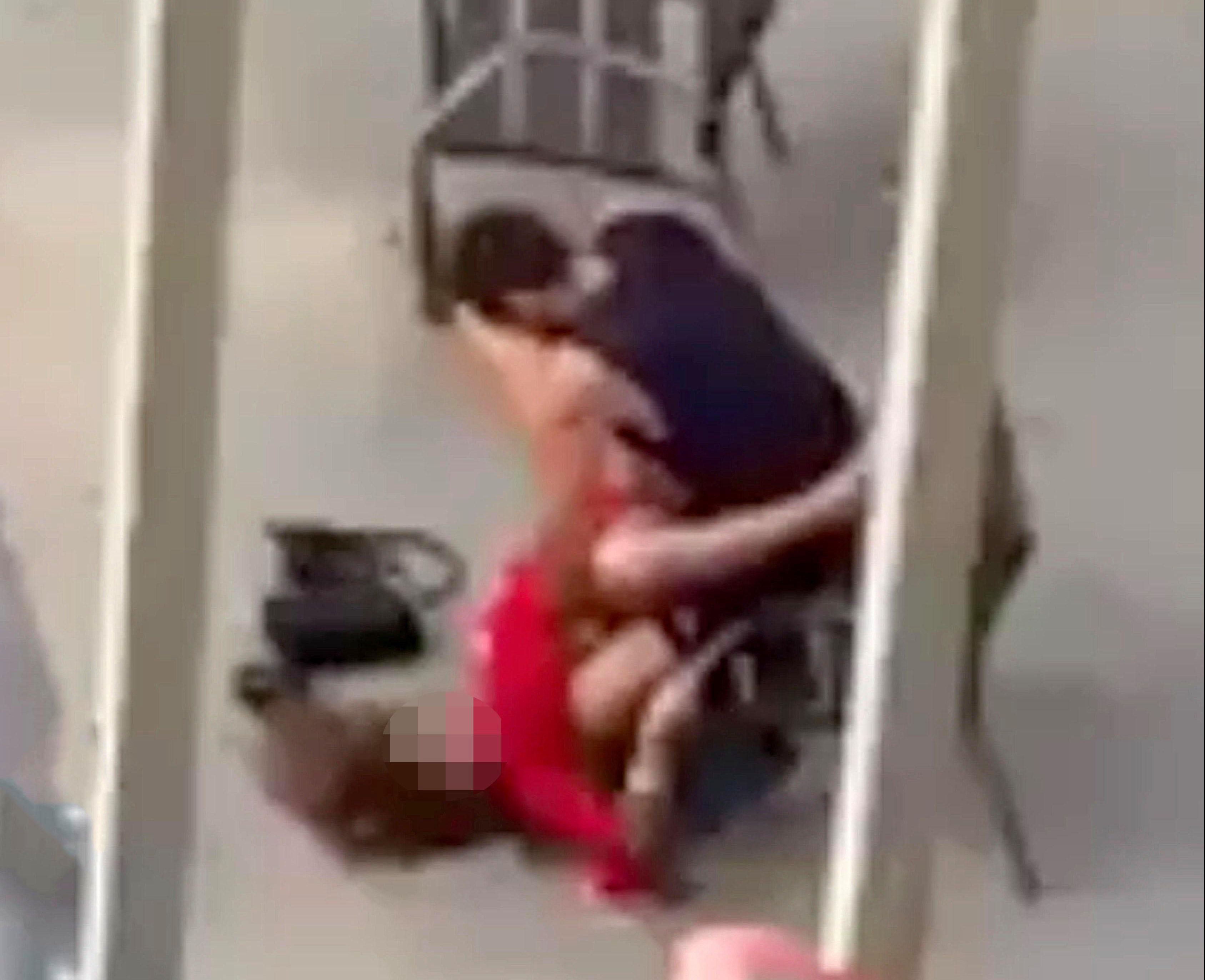