THIS is the shocking moment a huge brawl broke out at a pub garden with boozers punching and kicking each other.

Footage shows a group of yobs whipping their tops off to fight after the violence erupted at the Charter's Bar in Peterborough. 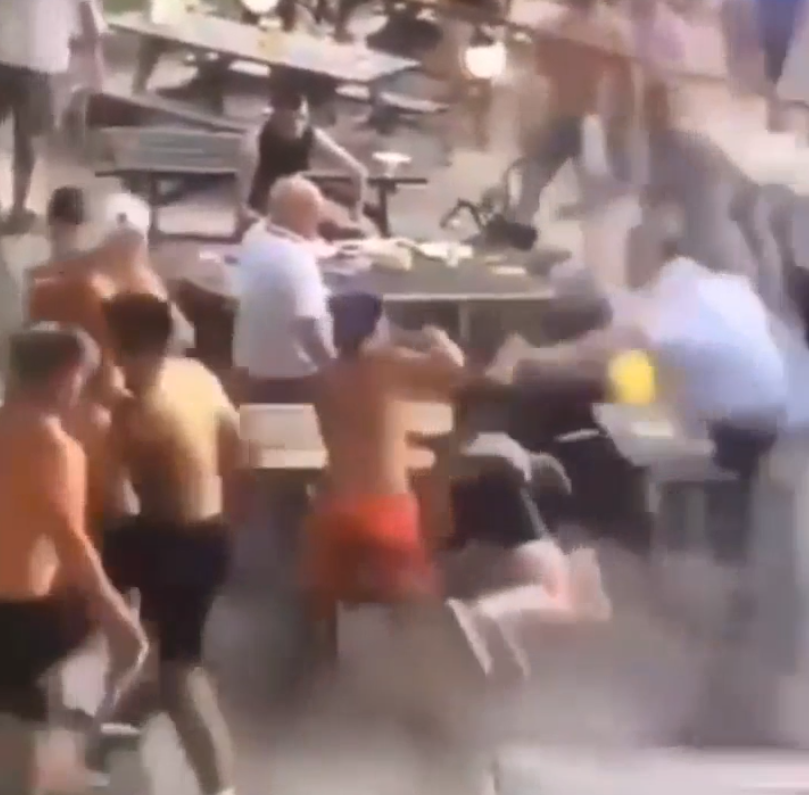 Two separate groups can be seen grappling with each other in front of stunned pub-goers enjoying the sizzling weather.

One thug repeatedly lands blows on a rival as he lies on a picnic bench.

Other louts can be seen kicking each other as bystanders desperately try to pull them apart.

The brawl has been posted on social media after it unfolded on Sunday.

One viewer said: "I fear we're in for a whole summer of this".

Another wrote: "The heat and end of lockdown will give us an explosive summer".

While one said: "Morons like this ruin it for decent people who want a quiet drink. Personally avoid pubs".

The fight is the latest in a string of boozy brawls that have broken out during the recent heatwave.

On Sunday, shocking footage showed shirtless louts lobbing deck chairs at each other in Southend-on-Sea, Essex.

Earlier this month, a thug spat out a rival's ear after a brawl at The Cricketers Pub in Dover, Kent.

And on June 3, a man was filmed beating up a pal he accused of stealing money from his daughter's purse in Worcestershire.

The Sun Online has contacted Cambridgeshire Police for comment on the latest violence. 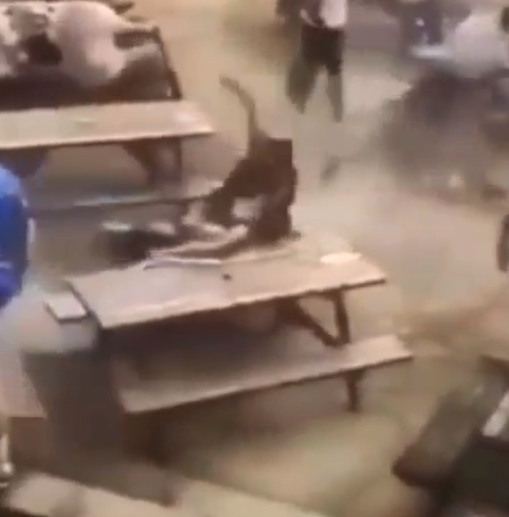 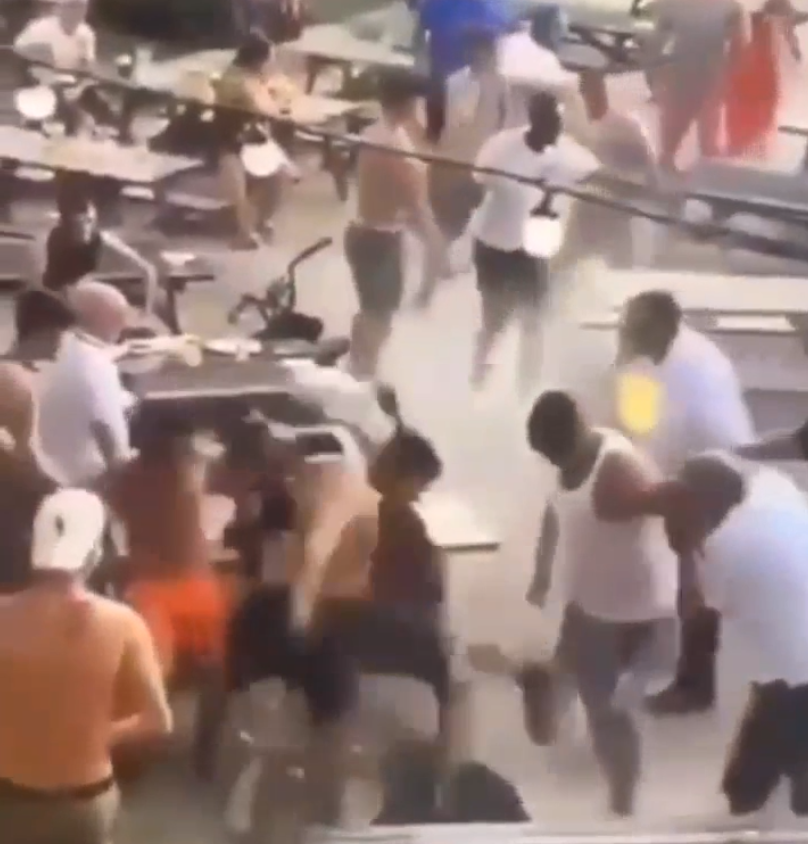 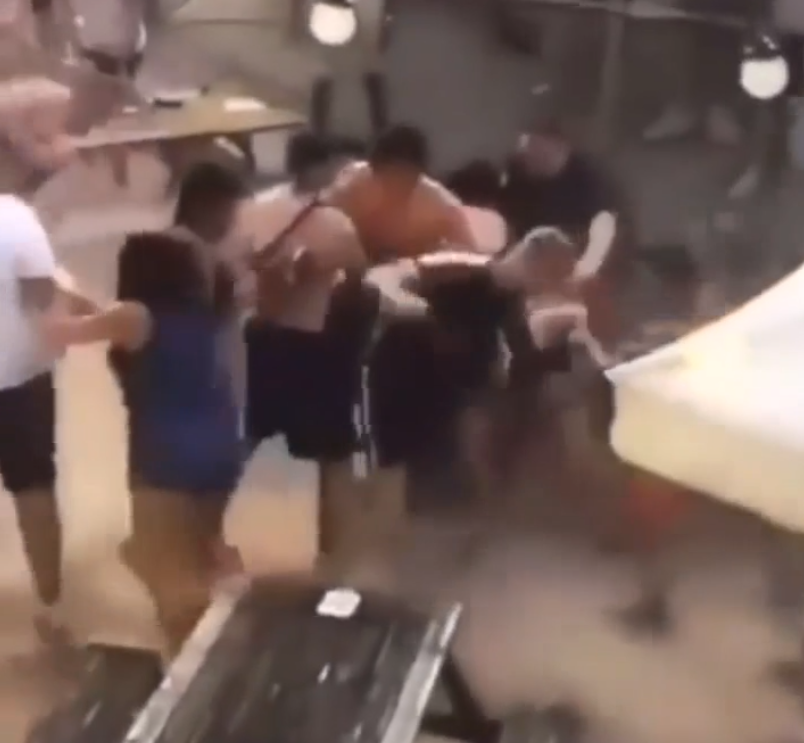