THIS is the shocking moment a TV journalist is sexually harassed by a driver during live broadcast.

Canadian reporter Krista Sharpe shared a video of a passer-by shouting "f*** her in the p****" while she spoke in front of a camera in Kitchener, Ontario. 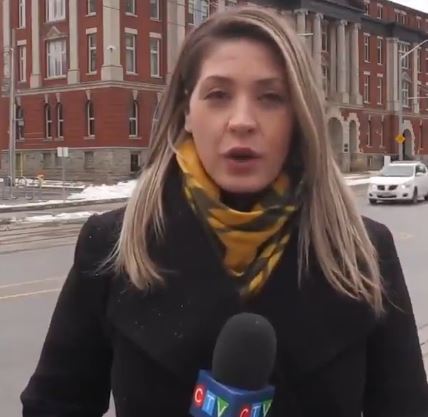 Sharpe wrote on Twitter alongside the video: "This is not funny and it's not cool. As much as I'd love to say it doesn't bother me, it does.

"It makes me feel like s**t. Especially as a [journalist] who is always alone.

"This still happens to female reporters everywhere and it needs to stop."

The video has been viewed more than 2.7 million times on social media.

Sharpe has received thousands of comments in response to her video, with many supporting her and slamming the actions of the driver who interrupted her piece to camera.

The heckler who shouted at Sharpe referenced a fake news meme that went viral in 2014.

The clip showed a reporter being interrupted by a man wearing a hooded sweatshirt who then grabs her microphone and yells: "f*** her right in the p****". 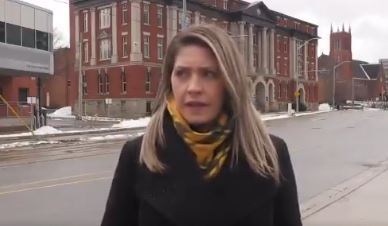