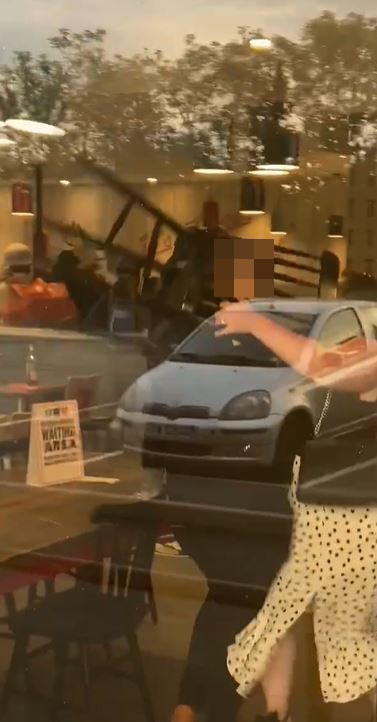 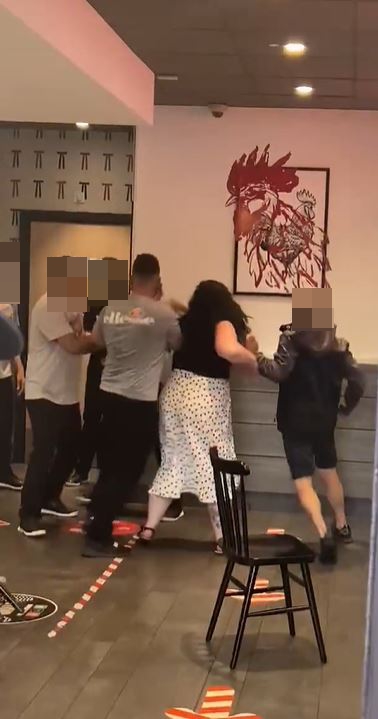 Footage, taken by a stunned onlooker waiting for her dinner, shows several men throwing each other around while shouting and swearing.

Another man stands by the door holding a chair before a woman grabs it and pulls him by the collar.

Several men and the woman then shove one another while a staff member pleads with them to stop.

Most of the customers appeared to be maskless during the commotion.

Rebecca Curley, who took the clip, described the incident as "crazy".

The 30-year-old beautician told The Sun Online: "I have no idea what caused the heat or the anger, but the one girl accused one of the staff members of laughing at her.

"Her boyfriend was very angry and that's when he threw a punch and it just kicked off. It was crazy." 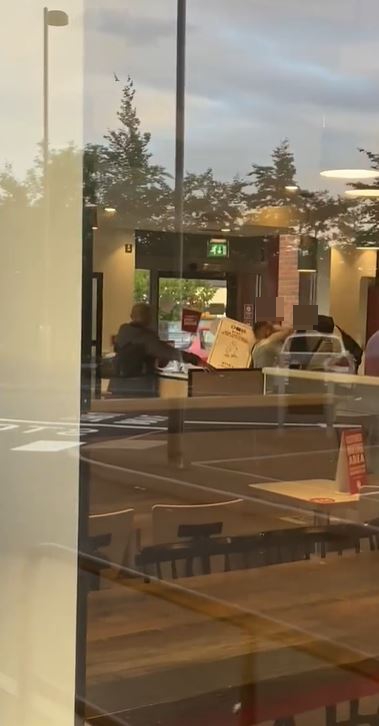 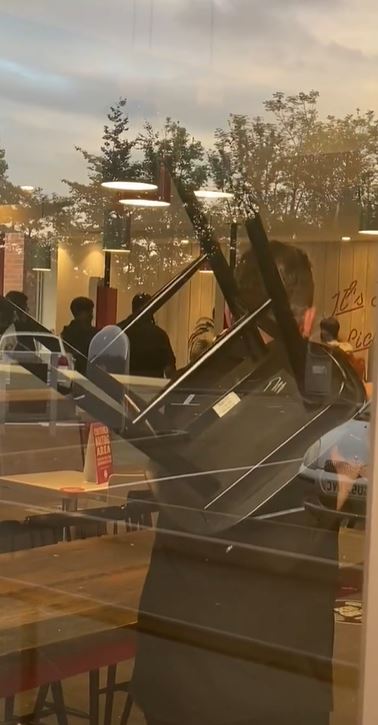 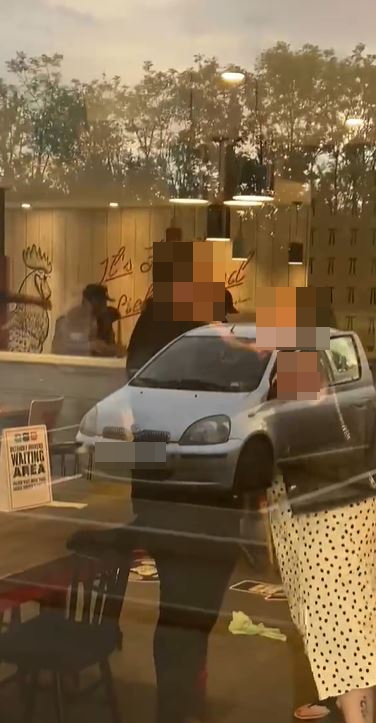 The violence broke out at about 8.45pm as Rebecca waited to pick up her takeaway at the drive-thru.

She said she could hear "a lot of shouting, swearing, more than just colleague banter if you like, going on in the restaurant".

Rebecca said she stepped out of her car, which was at the food collection window, and peered through the side fire exit.

"That's when I saw an altercation going on between one of the staff members and one of the ladies," she said.

"And he basically went to punch the staff member and that's when I quickly pulled my phone out and then they both just started going."

Rebecca, who lives in Birmingham, said she "had to wait a little bit" for her food – a two-piece chicken and chip meal with some hot wings – but the spat died down after about five minutes.

"The caller confirmed the incident had taken place yesterday (Wednesday 9 June) at about 8.45pm but it had not been reported at the time.

"Officers will be retrieving CCTV footage from the area and anyone with information is asked to get in contact.