PROTESTS in Portland turned violent Monday night when a female suspect stabbed another woman and the angry crowd blocked cops from investigating the crime in a chaotic scene captured on video.

The woman, who had come to take pictures and shoot video inside the park, got into an argument with a protester before stabbing her in the chest. 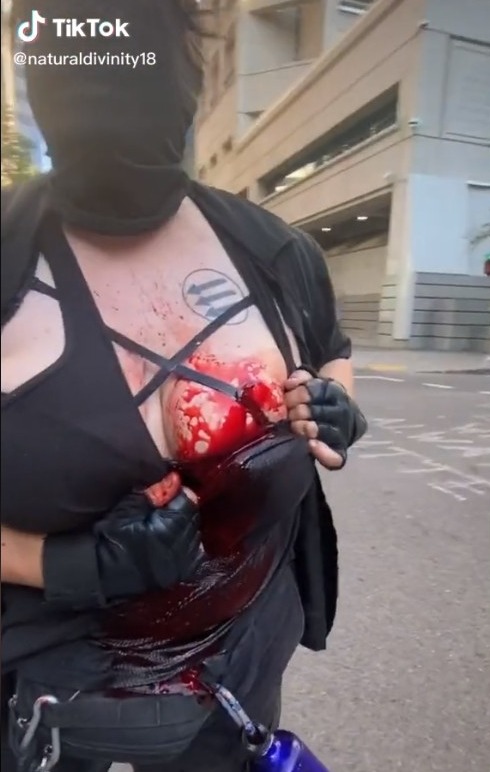 The video of the incident shows the blood-soaked victim and fellow protesters following the assailant.

“Call the police!” a woman recording the scene is heard shouting eight times, urging other protesters to back away from the suspect, who was still holding the knife.

The incident, which occurred on the 68th day of police brutality protests in Portland, took place at 6:20 PM at Lownsdale Square Park. The park, which is across from the Mark O. Hatfield Federal Courthouse, was one of two locations that police cleared of protesters last Thursday. This move was part of a plan to phase federal troops out of the city, according to Mayor Ted Wheeler.

“You stabbed someone, you b—h” one person following the suspect can be heard shouting in the video.

The Portland Police confirmed in a tweet that an investigation is underway.

“The suspect initially left but returned and is being interviewed,” police said. “There is no known ongoing danger to the community related to this incident.” 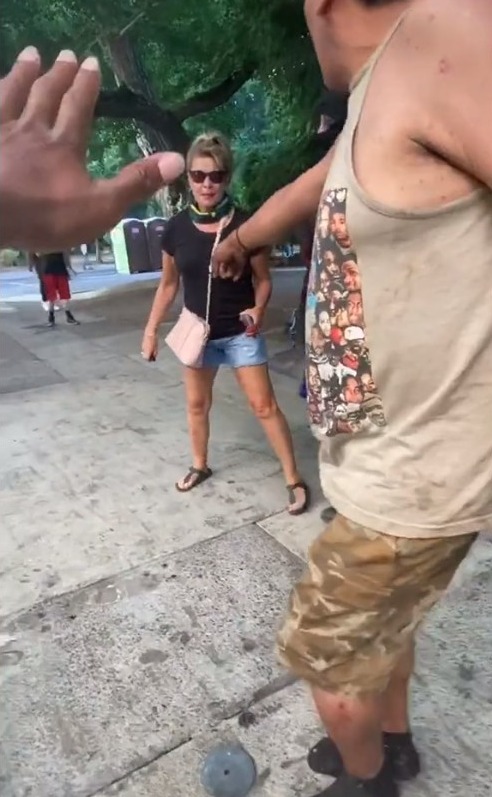 The victim, who was hospitalized with non-life-threatening injuries, was captured on the video urging protesters to photograph her wounds.

“Get that, get that,” she said, showing the stab wound on her torso.

The police reported that they found the knife upon returning to the scene of the stabbing, but said someone took it and ran away. They are urging anyone who knows the whereabouts of the knife to come forward.

Police also said that they were unable to conduct an investigation due to a “hostile crowd,” and had to withdraw from the area.

After ushering the victim and another protester away from the suspect, the woman filming can be heard attempting to de-escalate the situation.

“Drop your knife ma'am. You are not in danger” she said.