THE number of shoppers hitting the high street is up by 15 per cent this week in a record high since lockdown.

Butt 20 per cent of Brits are still working only from home amid the coronavirus pandemic. 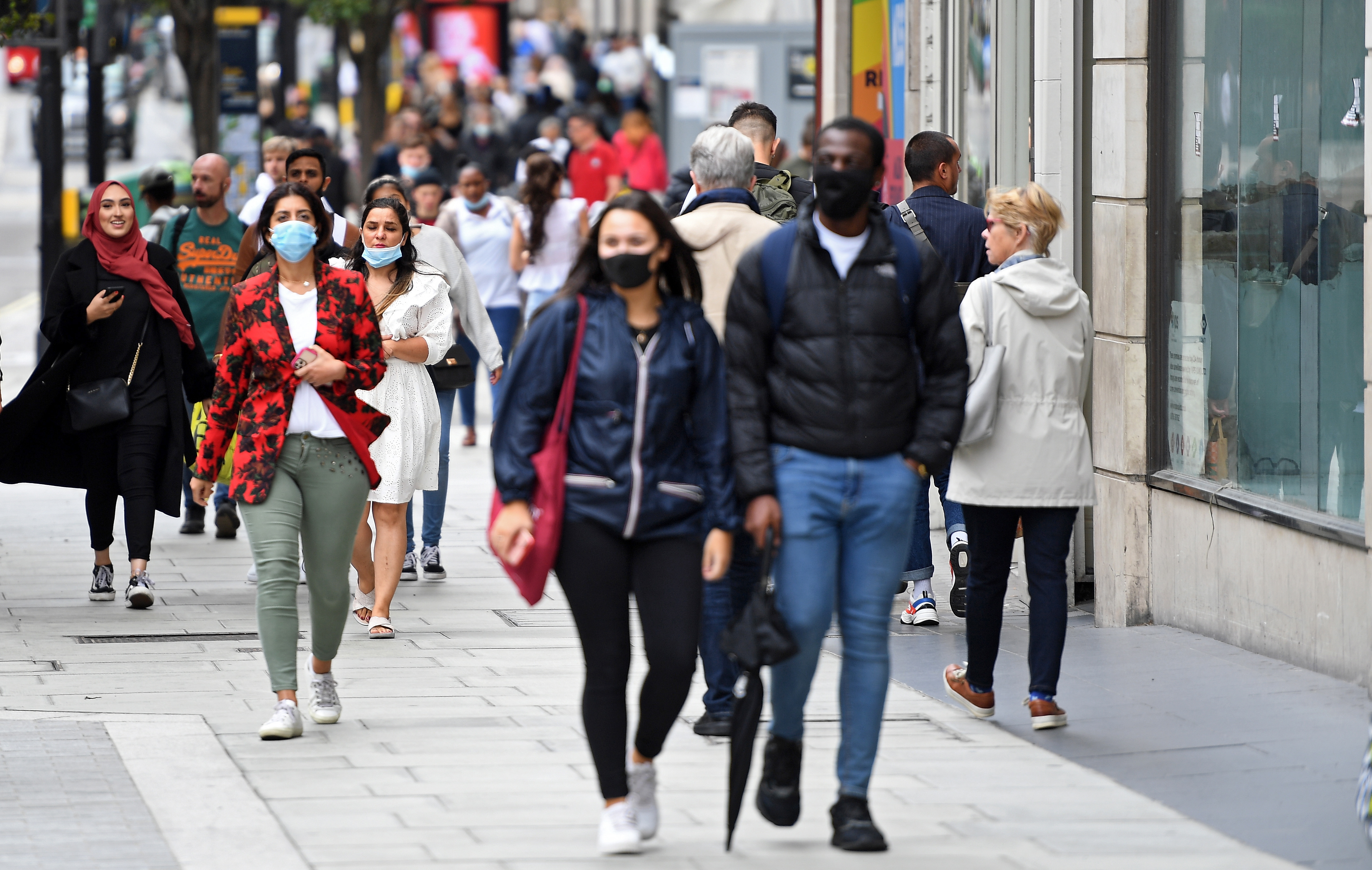 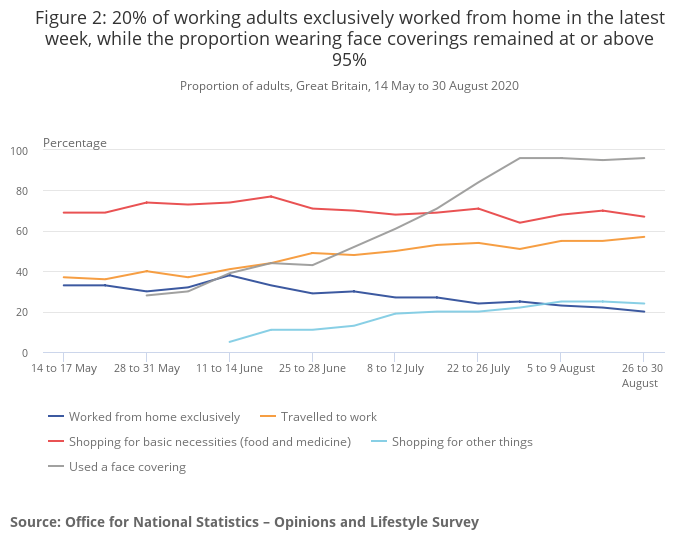 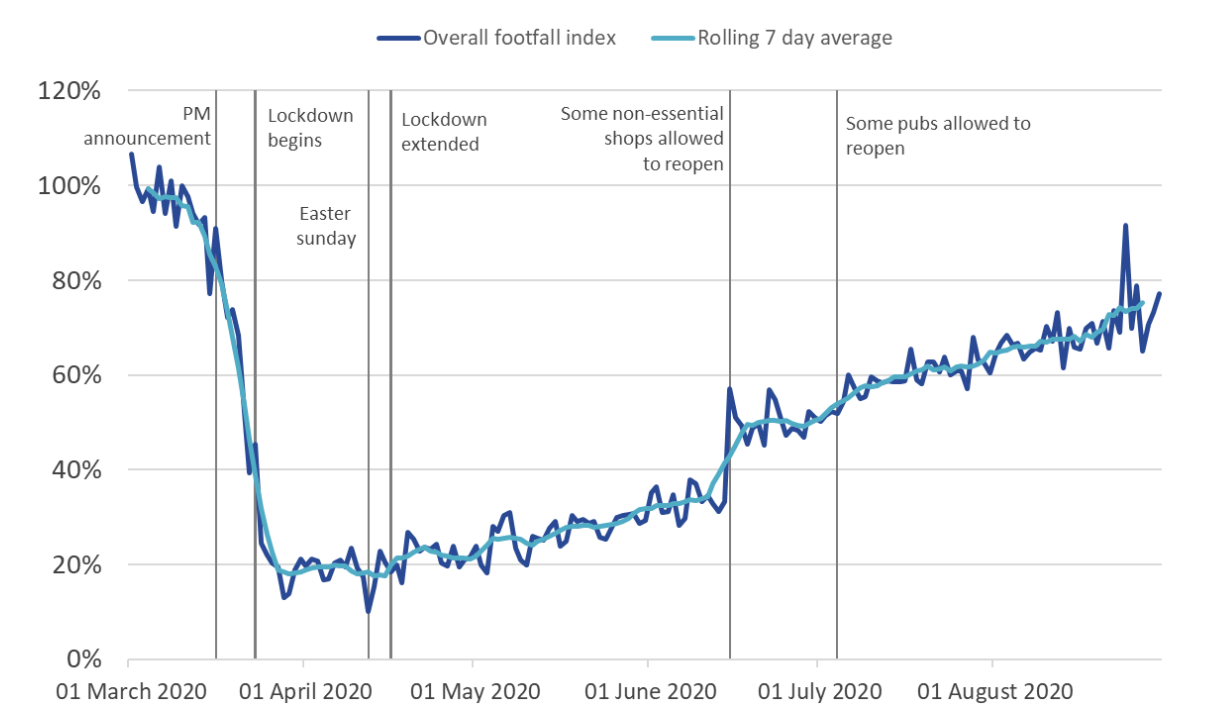 The fresh figures from the Office of National Statistics come as the PM continues his push to get Brits back into offices to help keep fledgling city-centre businesses afloat.

According to the ONS, footfall in shops is up to 75 per cent on last year's levels – a rise of 15 per cent in the last week alone.

People heading back into urban centres is also back up to around the same level the week before the national lockdown, according to data from car, pedestrian and cyclist traffic.

Bus traffic in London and the North East is almost at the same level in the week before lockdown as well, the ONS said.

Transport for London said 650,000 passengers used the London Underground network on Thursday from the start of service until 10am.

This was 17.2% higher than during the same period last week, but still 29.4% lower than the period last year.

According to the Department for Transport, car use was back up to 91 per cent on pre-pandemic levels on Tuesday.

Bus use outside London was at 49 per cent.

But the number of people using bikes to get around jumped to 117 per cent of pre-pandemic levels.

As much as 20 per cent of the population is still working entirely from home, despite the PM's plea to return to offices as businesses which rely on commuters have announced huge job cuts.

Massive redundancies have already been announced at high-street staples such as Pret a Manger and Marks and Spencers because of empty high streets normally packed with Brits, and the PM is trying to stem a growing tide of unemployment with his back-to-work campaign.

The number of Brits continuing to plug away at laptops at their kitchen tables has "steadily decreased" as the nation has started to get back to normal.

Last week, the number of people who went back to work hit 57 per cent – the highest level since lockdown.

Home working was at an all-time high of 38 per cent in mid June. 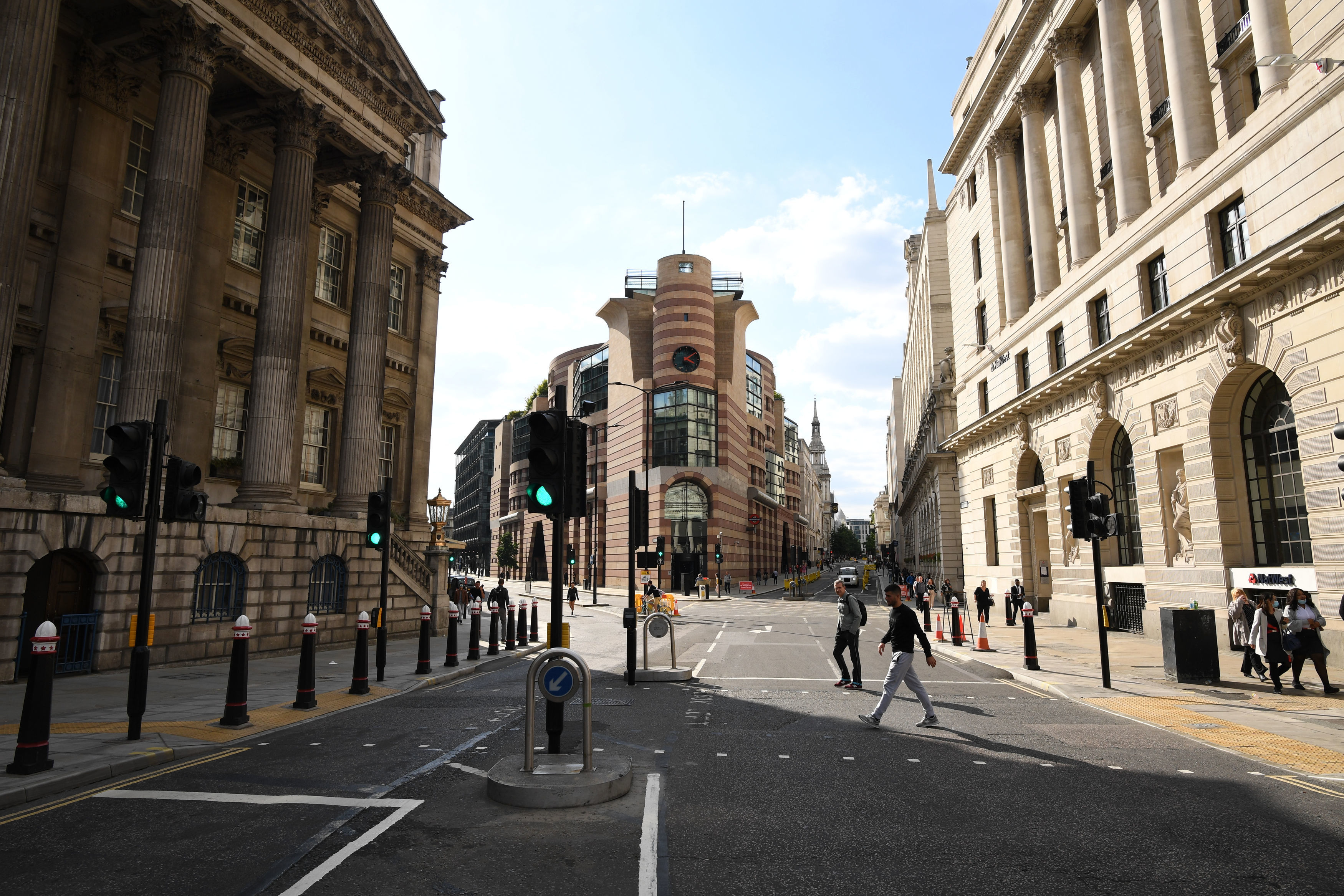 Although warning there would be “more wretched Covid to come”, Mr Johnson said he was “absolutely confident” Britain was on the road to recovery despite worrying images of empty commuter trains amid a sluggish return to towns and cities.

He vowed to do absolutely everything in his power to help get more workers back to their desks, insisting there would be no extension to the furlough scheme.

The number of people on the Government's furlough scheme also hit 11 per cent – compared to 27 per cent in April.

The scheme will come to an end entirely, with the PM saying if it were to continue it would keep Britain in "suspended animation".